I just noticed in my email a few minutes ago that the latest Humble Bundle breaks from the largely indie offerings they usually have.  THQ has had a tough couple of years, but has still also produced a handful of very good games.  Several of them can be found in this bundle.  I’ll include the screneshot and text of my email. 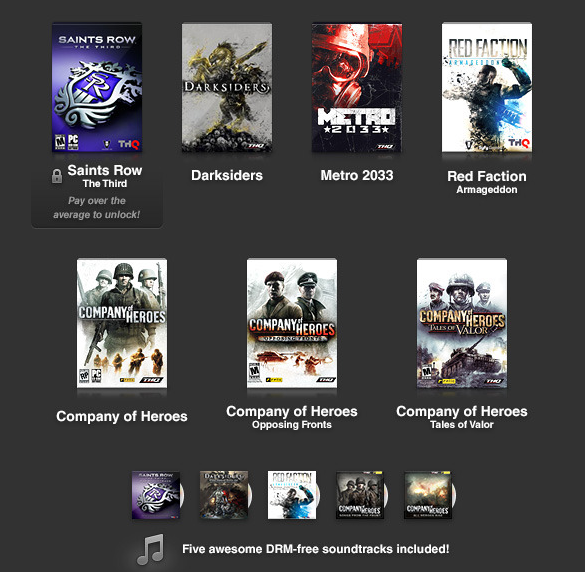 Get ready for a brand new kind of bundle: the Humble THQ Bundle has arrived to bring you seven massive, critically-acclaimed games for Windows via Steam!

Starting at just one dollar, pay what you want and get Steam keys for Company of Heroes (and its two full-game expansions, Opposing Fronts and Tales of Valor), Darksiders, Metro 2033, and Red Faction: Armageddon! If you choose to pay more than the average price, you will also get the phenomenal Saints Row: The Third! And several of the games come with glorious soundtracks!

*Please note that the games are Windows-only and require Steam to redeem.