comments Share
You are reading
War of the Roses – PC Review

War of the Roses is an interesting title, because it takes a few chances that generally pay off, makes use of perhaps one of the most popular gaming modes on the market right now, and feels like a game with some as of yet untapped potential.  So what is War of the Roses?  It is an online experience that feels to me like a Battlefield or Call of Duty game, but with swords and bows instead of rifles and machine guns. 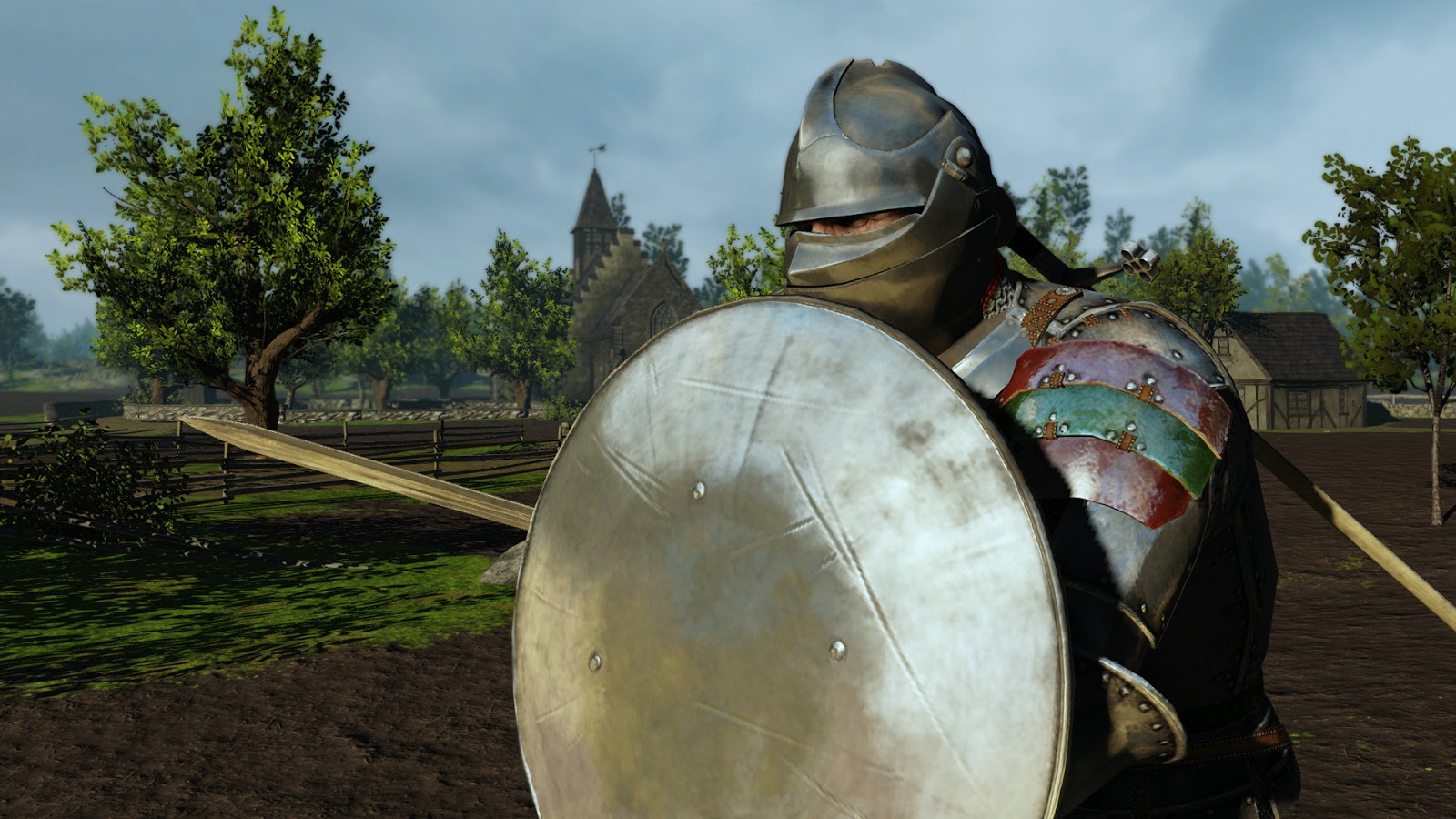 The visuals are not particularly striking.  They do the job, and there are some nice pieces of flair here and there, like seeing your coat of arms show up on your shield for example.  One of my complaints is that the video controls lack granularity in the settings.  My PC ran the game fine, but my laptop was much more of a struggle at more moderate settings, so I had to move the game’s video settings to the most basic.  There were areas I would have liked to have tweaked upward, trying to find that sweet spot between appearance and performance, but those controls were not there.  One very positive note however, is that the game ran smoothly for me, even when crowds of fifteen to twenty people were onscreen together in the same general vacinity. 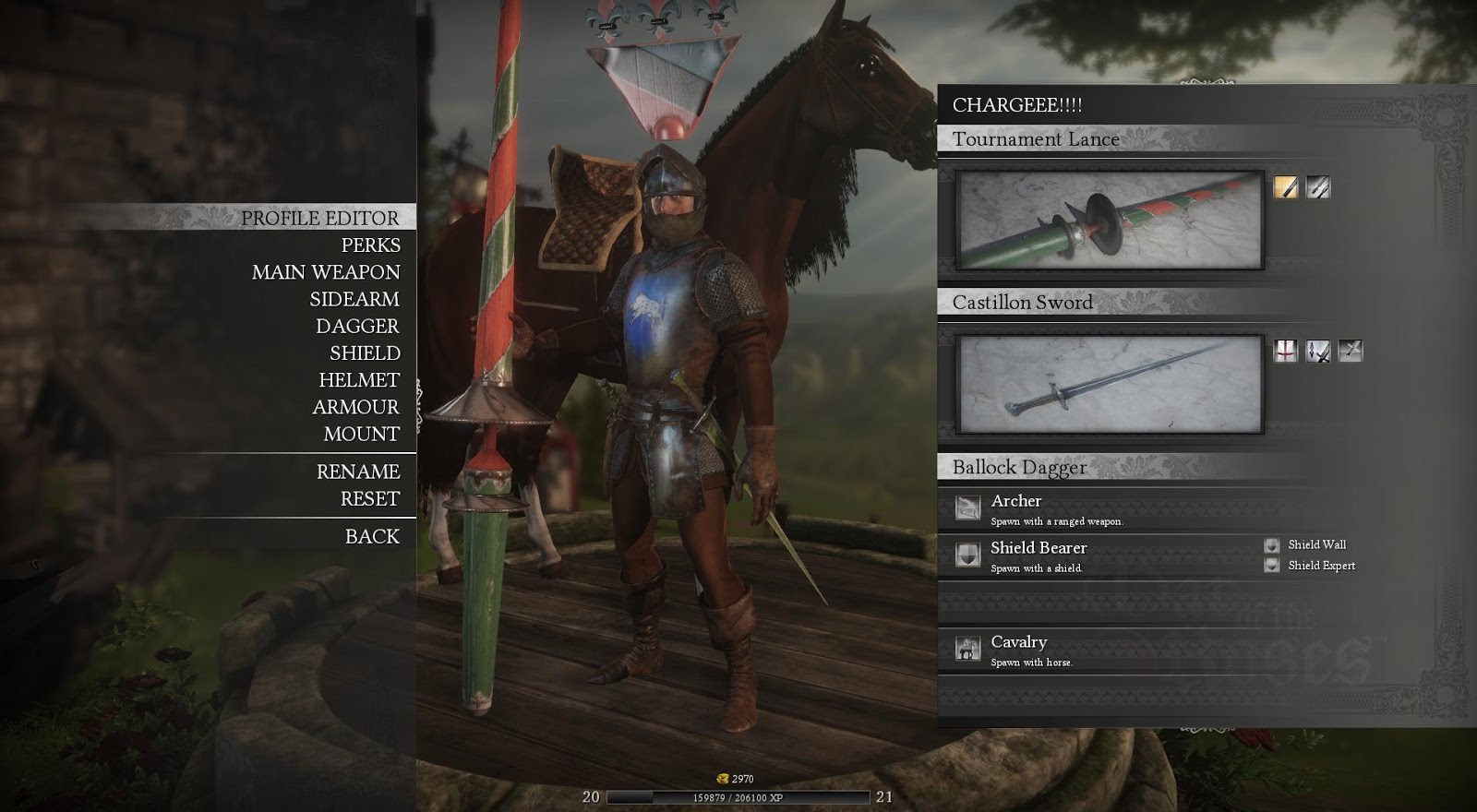 Again, nothing here that particularly impressed me but at least the audio did nothing to offend me either.  A few of the songs in the sound track were pleasant enough to bump this up from a five to a six and make this a very slightly above average offering, but none of the tunes really struck me as memorable either.  Weapons clank off of shields with a satisfying thud and cries of pain are a constant on the field of war. 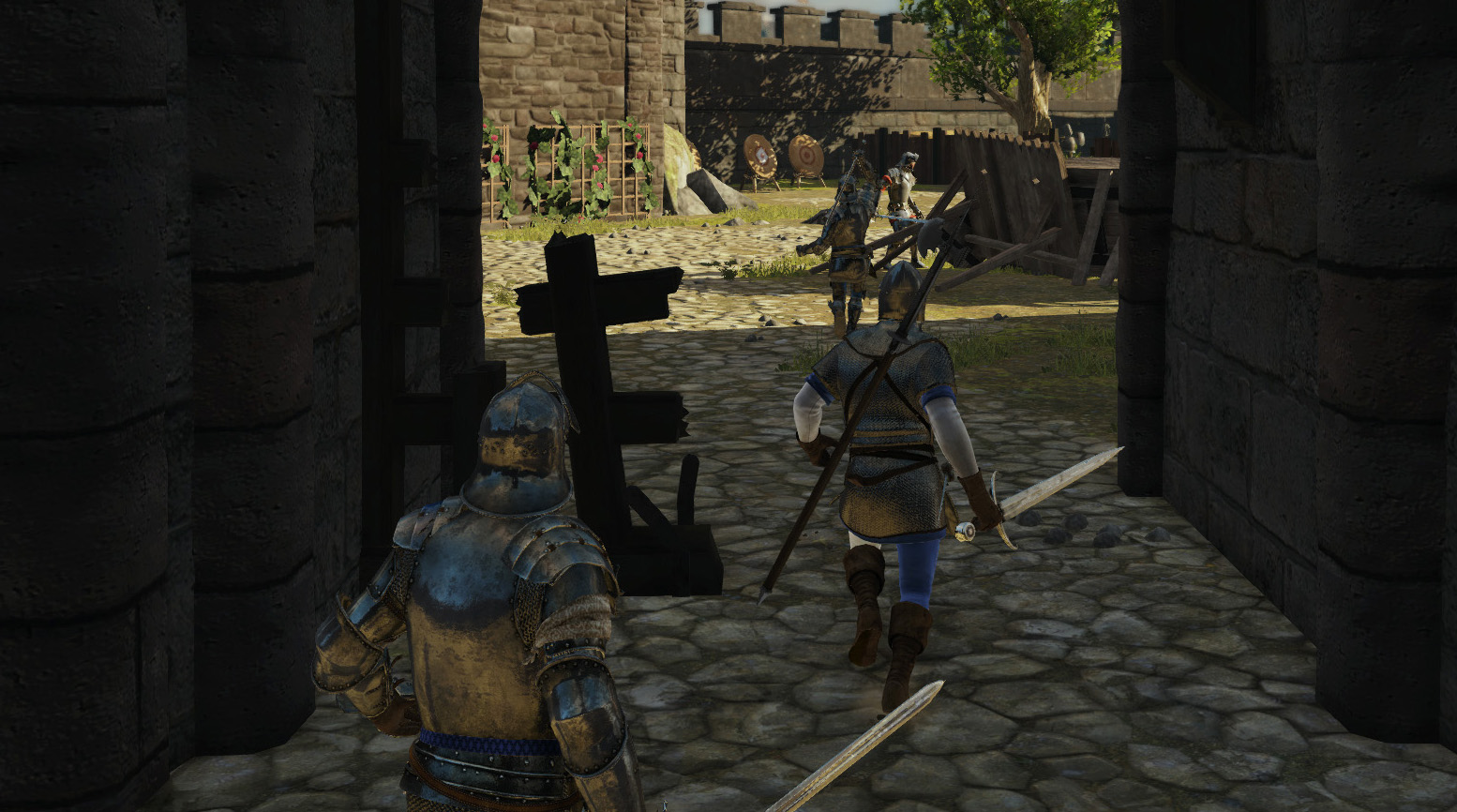 I am among that minority that prefers to play my shooters with a controller over a keyboard and mouse.  In truth the only games I prefer keyboard and mouse on are strategy or sim/builder titles.  This game unfortunately does not have controller support, so what you get is an interesting if sometimes inelegant control scheme using the mouse and keyboard combination.  Movement by keys is what you would expect, but combat is handled in interesting fashion.

For those using a bow and arrow as their weapon of choice, you click one mouse button to draw back the bowstring and you have to manage a few things at once.  You have to aim your shot – while taking into consideration that the arrow will lose height as it travels any considerable distance.  You have to pull back the string, and hope to release by clicking the other mouse button while trying to time it for a ‘sweet spot’ release where the weapon will do maximum damage.  Hold the string back too long, and you will tire and lower your weapon.

Crossbow is similar in that it is a ranged weapon, but where longbow is rapid aim and release, the crossbow takes time to load each bolt.  When you first spawn using this weapon, I always load a bolt right away and then go looking for trouble.  It definitely packs a bigger punch, but if you have any melee opponents nearby, you will probably have to switch off to your secondary short sword because you will not have time to safely load another bolt. 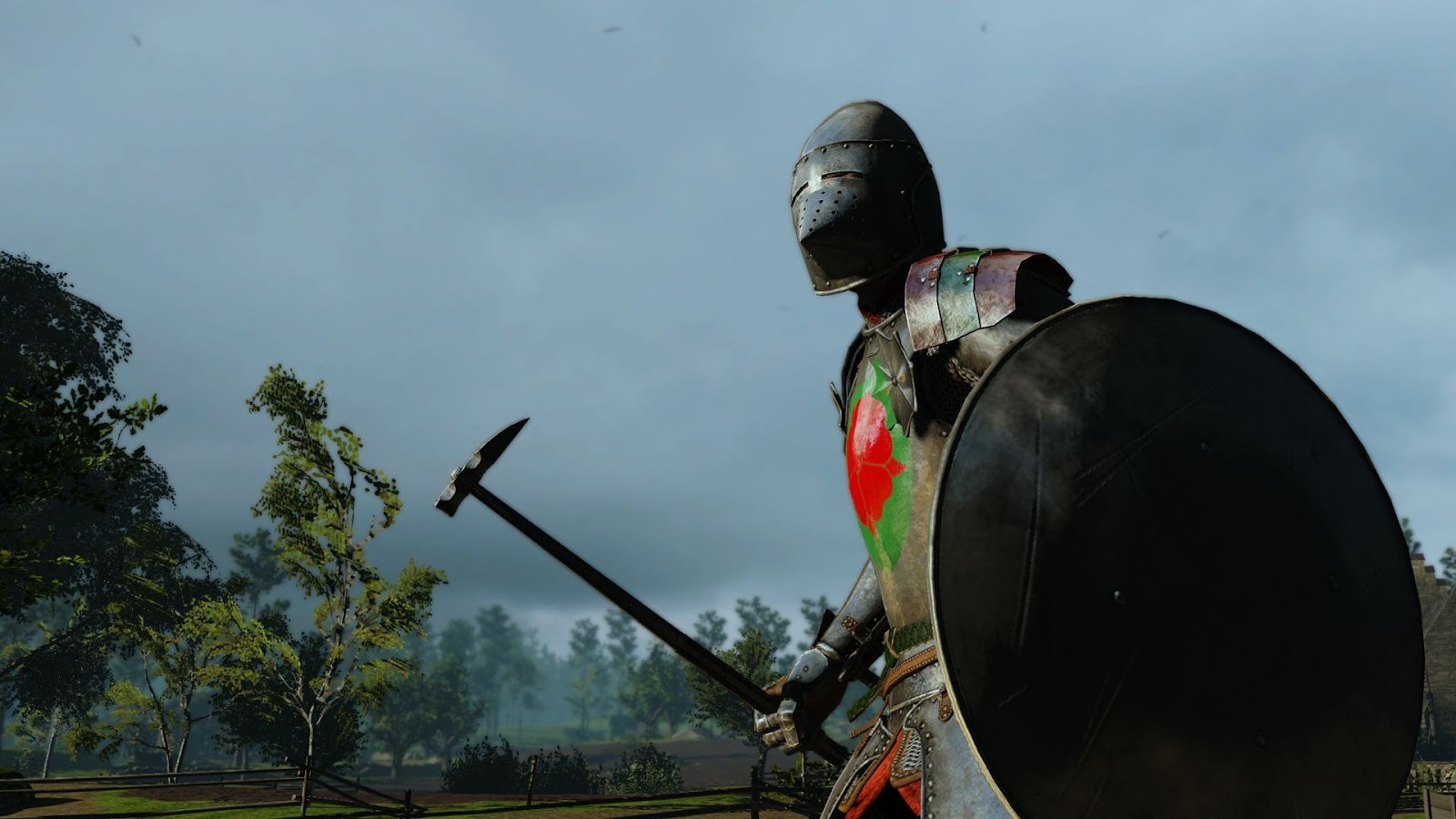 Melee combat also makes use of both mouse buttons as one activates block and one swings a weapon.  Melee comes in a couple of different flavors as you can use larger, two-handed weapons that can be used to block, but have a narrow window for being successful.  On the other hand, that heavier weapon can make for some longer reached and more impactful blows when they connect.  Sword and board gives you better defensive options as you have a shield you can raise – particularly useful if you are trying to close in on an archer – but a lighter, quicker weapon in your main hand.

Swinging a weapon though, can be a slightly awkward affair.  You press the mouse button to swing and then swipe your mouse to swing your weapon in that direction.  It works well enough when you get used to it, and these combat mechanics are touched on in the tutorial.  That said, I think that this could have been handled in interesting fashion with say, a second analog stick on a game controller as well.

Armor is certainly a factor.  Better, heavier armor generally means you stay alive longer in the scrums.  Some helmets have a visor you can drop down over your face, limiting your field of vision but better protecting you as well.  A nice touch, really. 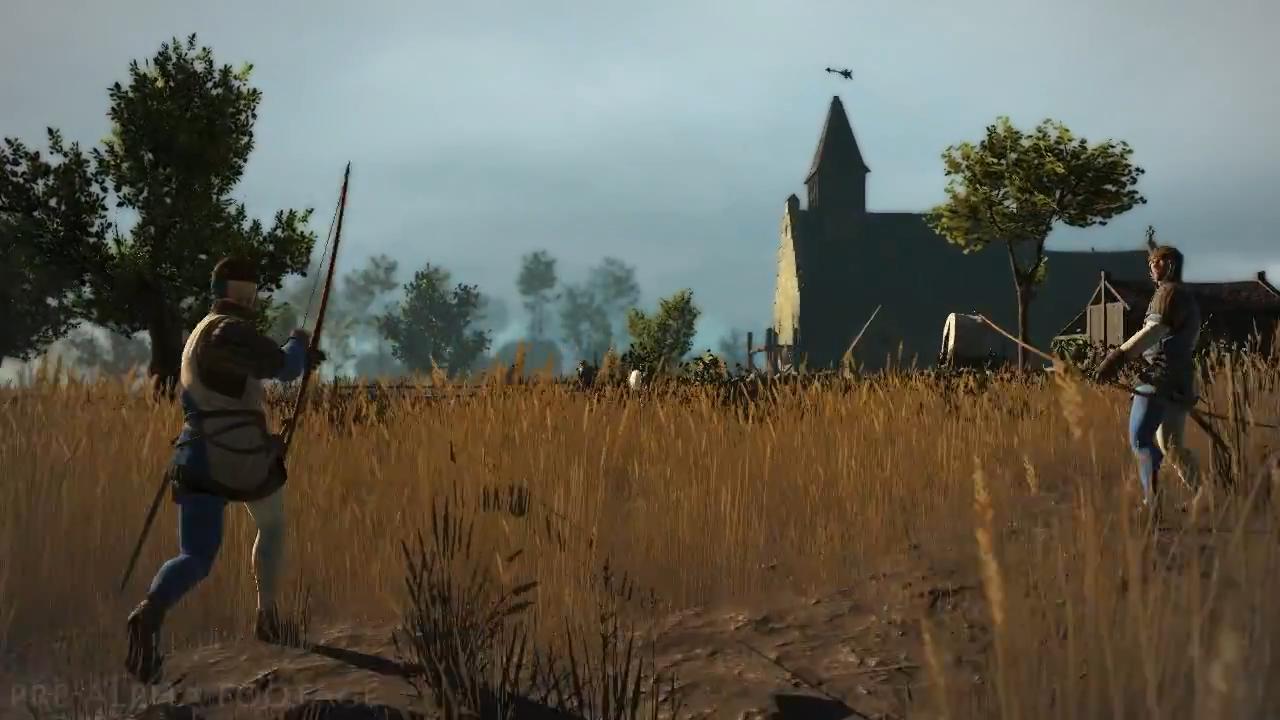 So here is where I get back to my initial paragraph a bit.  This game is really only an online multiplayer game with two modes: deathmatch and take the checkpoint.  Some people joke about how Battlefield or Call of Duty should not even bother with a single player mode since they are usually short and the majority of the fans spend the bulk of their time in the multiplayer modes.  Well, Paradox took that to heart in their design here because the only offline mode is a training mode that I found more frustrating than helpful.  There is very little hand-holding going on either in training mode or in the actual game.  Players who have played War of the Roses longer have more levels and more money and therefore better toys than newcomers.  That being said, Death does not discriminate much here – everyone dies quite a bit, though there are certain classes and configurations that do seem more successful than others (horseback and heavy armor are very nice).

The maps are well made, and with as many as 32 players possible on either team, you can find yourself participating in some very interesting skirmishes.  You have opportunities to aid fallen comrades or to execute wounded enemies.  Both are boons in that you gain experience and the executions can be particularly visceral – from either side of the equation.  These do present some risk versus reward propositions though as you leave yourself vulnerable to an enemy sword or arrow as well. 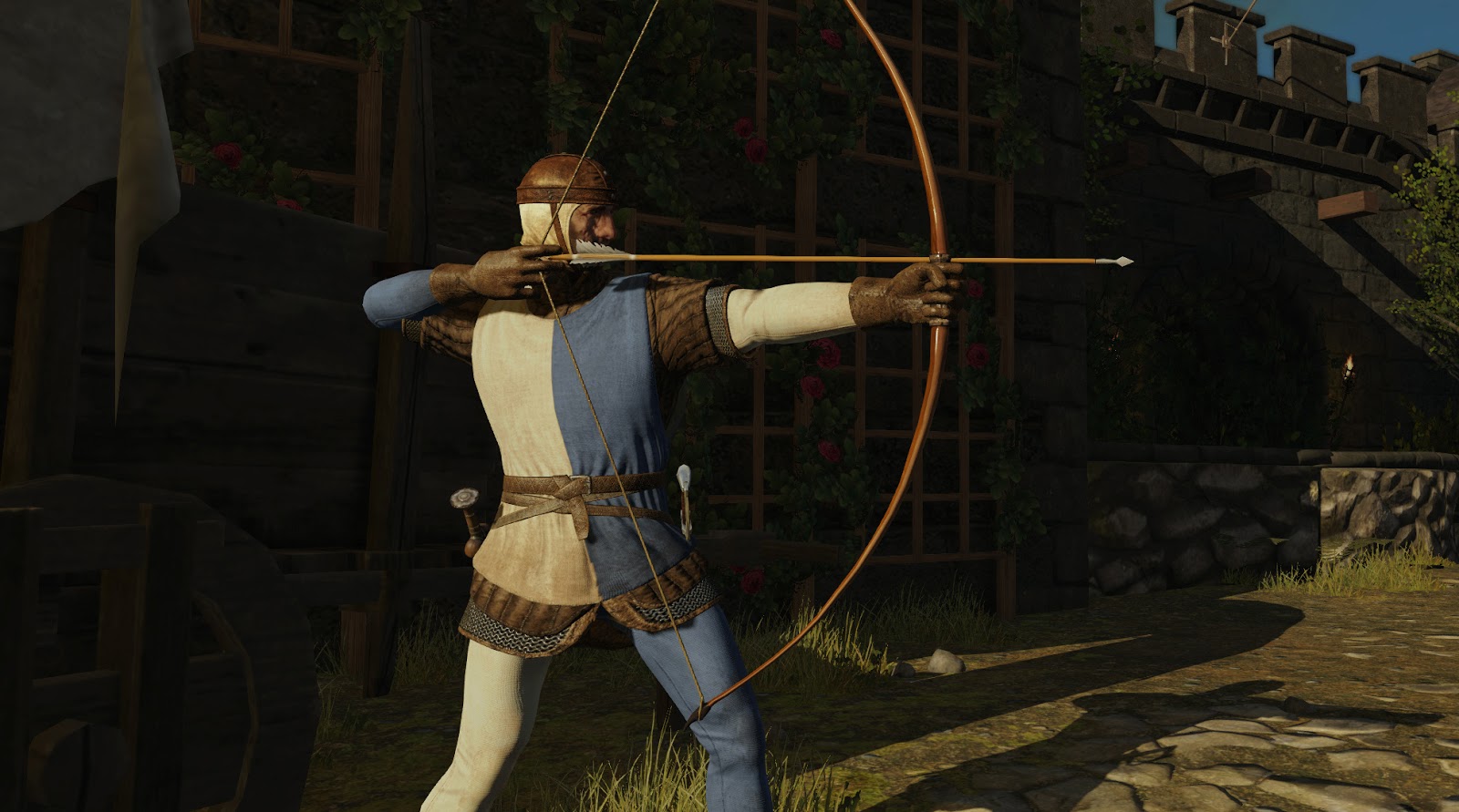 So with only one component: online – and only two modes, why give the intangibles such a high score?  A couple of reasons.  One, I simply enjoyed the game.  I had some rough initial impressions.  The tutorial annoyed me, I could not really configure my video the way and wanted and the bells and whistles failed to impress.  I found myself greatly enjoying the game as I waded into combat, fighting side-by-side with my teammates.  Even better was the post-match content, however.

As you gain experience, and levels – you unlock new classes.  The first four are built in advance, but the next few are fully customizable.  As you dive into those customization options, you can unlock various perks, weapons and pieces of armor for the coins you earned playing the game.  Want to use a polearm as your primary weapon?  Go for it – you will have several to choose from.  Want to play an archer?  Unlock the class, pick your type of bow and then feel free to purchase the perk that lets you hold the string longer.  This part of the game is surprisingly deep and enjoyable. 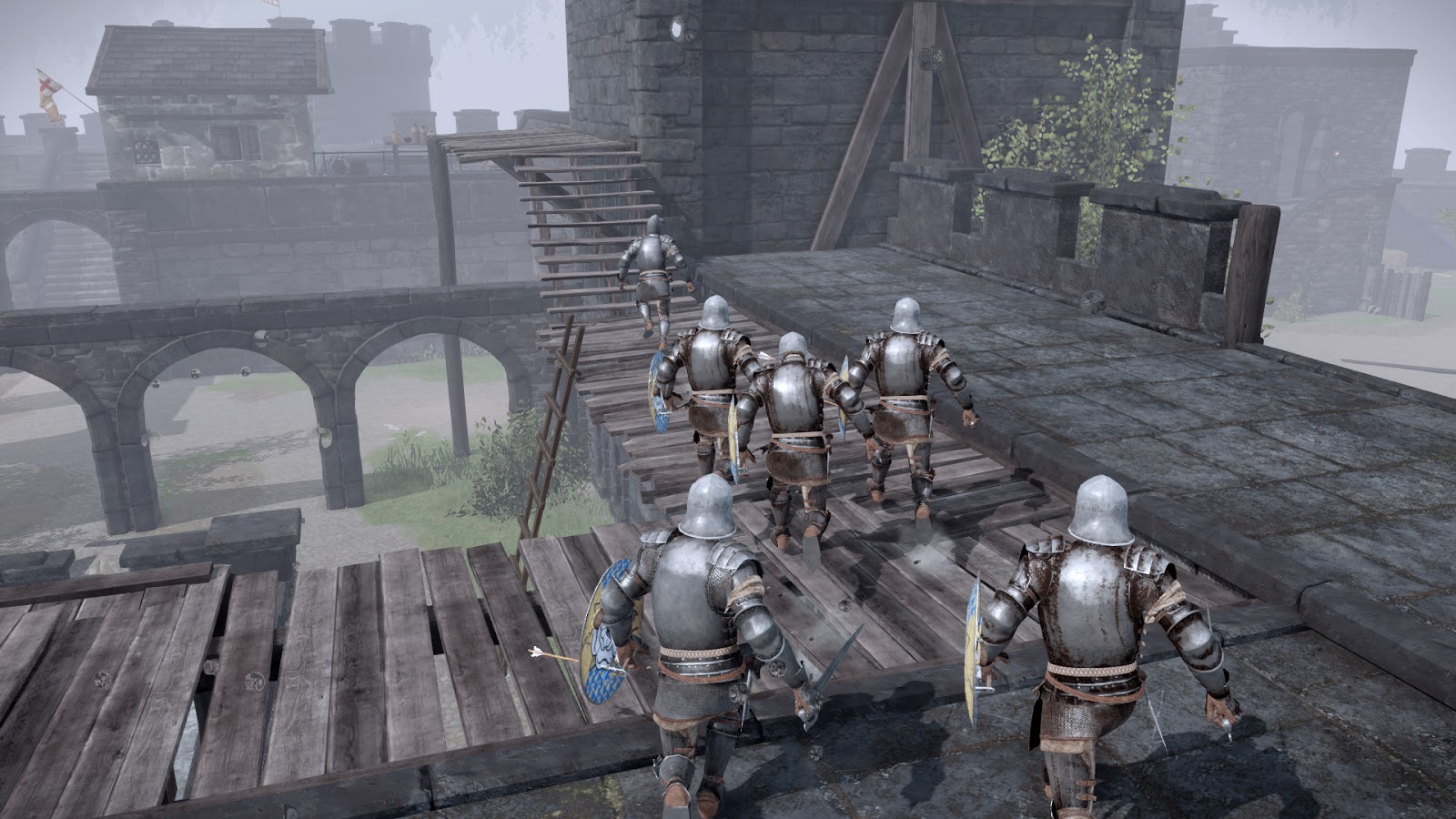 I mentioned potential in my introduction, and it is here.  There has been talk that the developers will be adding new contact in the near future, and promise that it will be significant.  I have not yet seen what that will entail – more maps?  more online and potentially objective-based modes?  Perhaps more unlockable items or crest customizations?  That part is unclear at this point.  This game probably will not be for everyone with its essentially lacking storyline and limited number of modes, but for those who enjoy some multiplayer carnage, you can do a lot worse than a title like this that focuses only on that aspect of the gameplay while adding a medieval flavor to the proceedings. 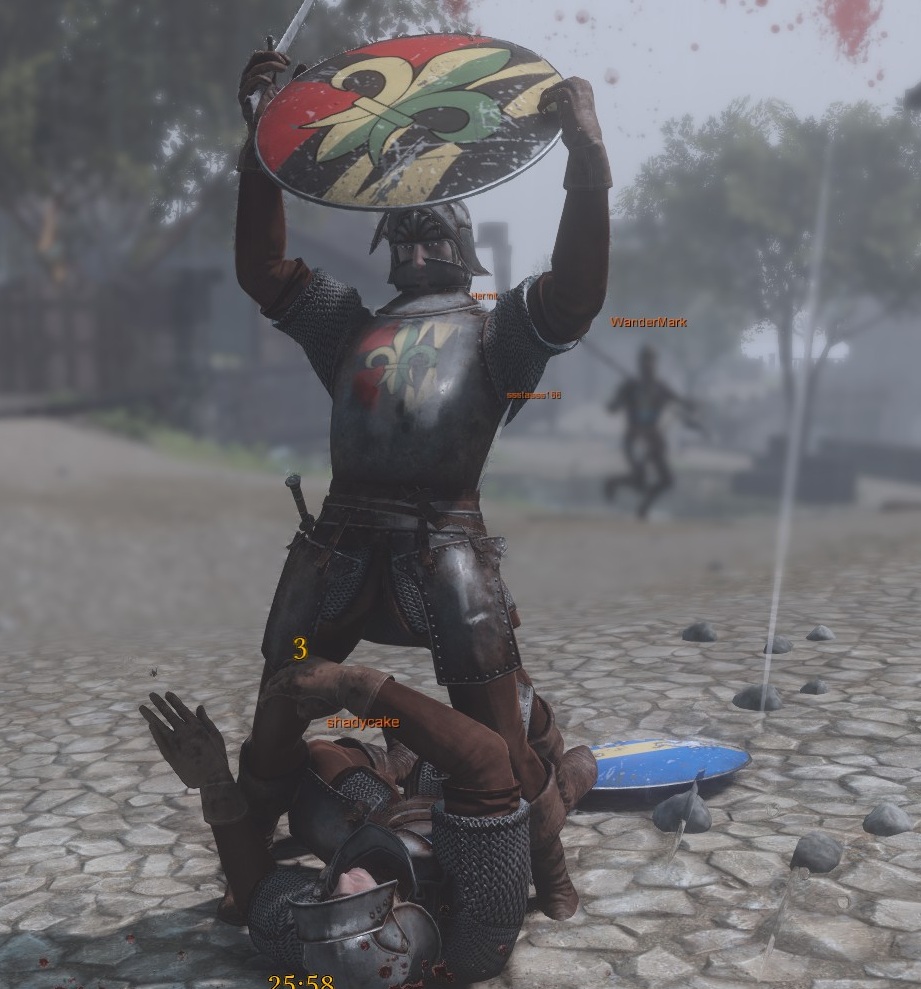