So I am going to slip this one in before my end of the year posts over the next week and change. I have quite a few more reviews ready to go in January as well, though posting *may* slow down a tad after that – it just depends on how busy real life gets.

Funny thing is, this got me looking back even further than the PlayStation 2. My first encounter with the Dragon Ball franchise actually took place way back in 1988 before I knew anything at all about Dragon Ball. This happy accident came in the form of Dragon Power, which released on the NES in North America back in March of that year. This game, along with Joust and Elevator Action was among my very first titles. 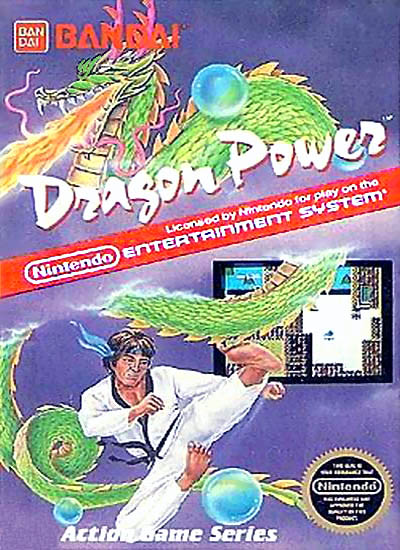 Obviously this was back well before Dragon Ball Z got popular along with a handful of other anime programs, so the rather curious decision was made to change many of the actual references to Dragon Ball. Even the titular objectives – Dragon Balls – was changed to ‘Crystal Balls’. There are a lot of things I did not remember from this game, only that there was a very loose connection between this game and Dragon Ball Z, starting with the main character named Goku.

Probably the most curious item was that while the cover art makes this look like an average martial artist, the game character was made to look more like a monkey than how Goku looked in the Japanese version of the game. 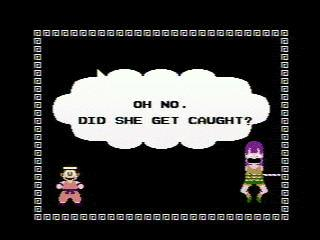 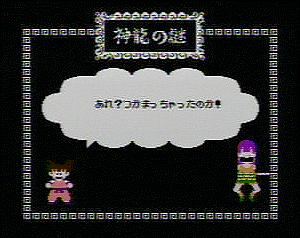 At least the your main character’s name remains Goku, but basically every other name gets changed around for the US release. Even the famously overused Kamehameha move is replaced with Wind Wave. As you can see in the above pictures however, most of the characters (in this instance ‘Nora’ in the US version and ‘Bulma’ in the Japanese one) look the same. The exception to this appears to be Master Roshi, who got a complete overhaul. 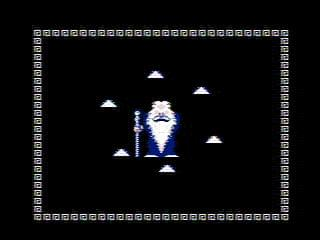 US version, with ‘sandwiches’ 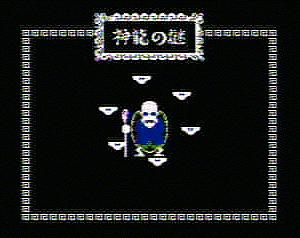 If you notice the captions, the character art was not the only difference, but some of the more Japanese themes (such as Master Roshi being a pervert) were taken out to set better with US audiences

The game itself? Not very good. At an age where the word ‘dragon’ usually meant something awesome to a kid (Double Dragon anyone?), this game suffered from poor controls and collision detection and tough difficulty. The story itself made very little sense, but given that the localization was not only changing the language, but also in may places the content, I guess that is not a huge surprise.

The majority of the game played out in a 3/4 overhead view like The Legend of Zelda or Deadly Towers, though boss fights switched over to a side view. These boss fights were tough too, because your attack types were so limited while they just kept plowing into you head-on with their weapons/moves. 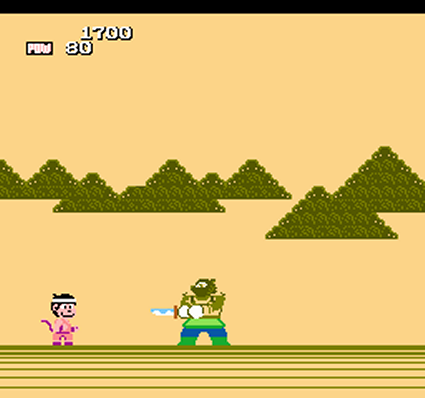 Matters are further made worse by the fact your health is constantly depleting even when you are not getting hit by enemies, a sort of timer that makes the game inherently more difficult with every passing second.

Even though this game really is not very good, it was one of the first NES titles I got to play as a kid. It was still leagues ahead of what I had experienced to date and showed me that there was a world of more complex games waiting to be discovered (let’s face it – Elevator Action and Joust were cool enough arcade games at the time, and they translated well enough to the NES, but they were endless loop games originally built to take your quarters. This was probably, along with Super Mario Bros, my first video game that had a true set of objectives or ‘end game’ to strive for). For that I will likely hold a soft spot for Dragon Power in my memory, despite its shortcomings.

That it turned out to be my first brush with the Dragon Ball Z universe was an amusing realization years later.

Admit it – you want to see this bad boy in action!
Facebook Twitter Pinterest E-mail
Previous article Elminage - Win a free copy of this PSP RPG
Next article My favorite games of 2012 that you might not have played