I was first introduced to the Battlefield series years ago on PC.  A coworker of mine at the time was big into setting it up for LAN play and a group of seven to ten of us would get together and shoot the snot out of one another.  It was Battlefield Vietnam, and that game was probably my introduction to playing FPSs against a live person.  I still do not get into the genre as much as a lot of people do (such as my son or a co-worker of mine who finally got me to try Modern Warfare 2 some time ago on Xbox 360), but I do enjoy them as a quick diversion. 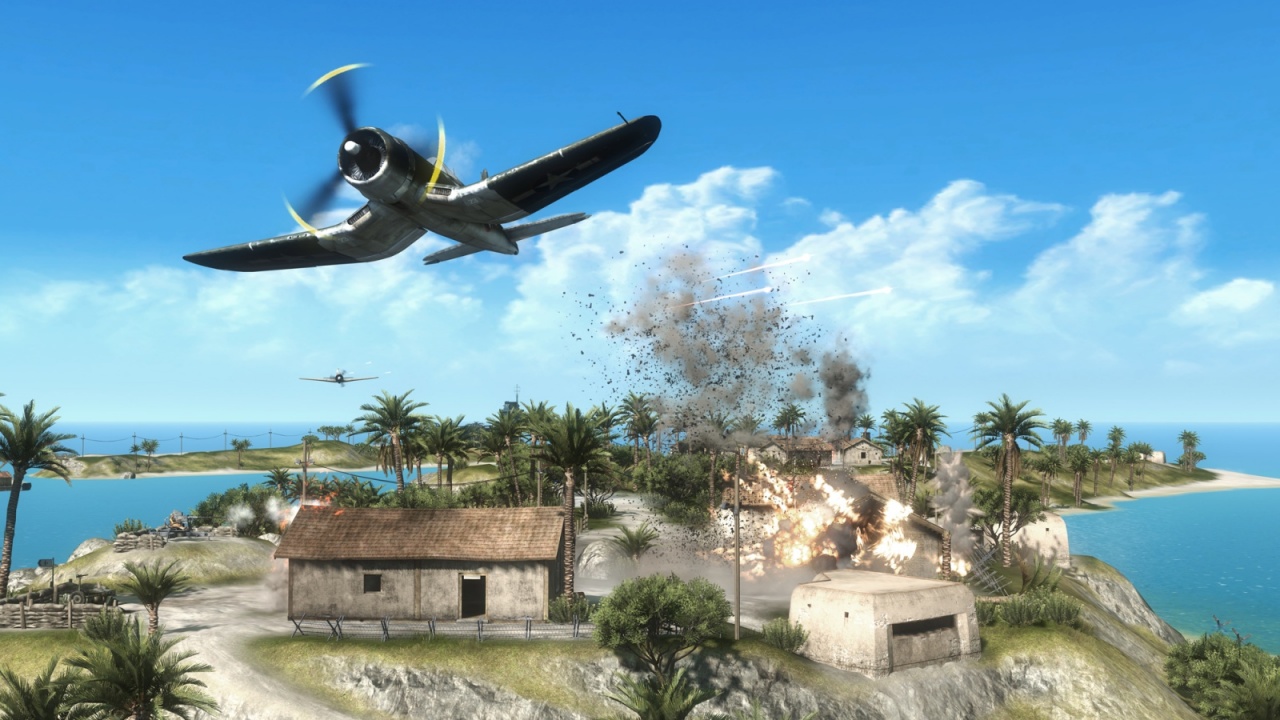 As such, Battlefield 1943 was kind of perfect for me.  I think I have actually played it more than Battlefield 3 by at least two to three times as much.  Not because I dislike Battlefield 3, but 1943 is installed on my hard drive.  No going into the other room to dig out the disc and swap it out.  When the mood hits me, I just go out to the PlayStation menu and load this up and play a few rounds.  I have unlocked most of the trophies by now, even though I really only play it an hour or two a week – often in the morning before work.  I did not even go out and buy this – it was part of the redemption package for PlayStation 3 owners who picked up Battlefield 3.  I probably would not have bought it otherwise, but I am glad I have it.

This looks better than some retail games I have seen this generation.  The lighting effects are generally good, and the colors used are pleasing to the eye.  There is a pretty decent amount of detail in the environment and when things go ‘boom’, well – they explode rather nicely with appropriate fireworks and smoke.  Very solid overall effect, though I have noticed some odd tearing where you might see a foot sticking out through a wall, things like that now and then – but it is rare. 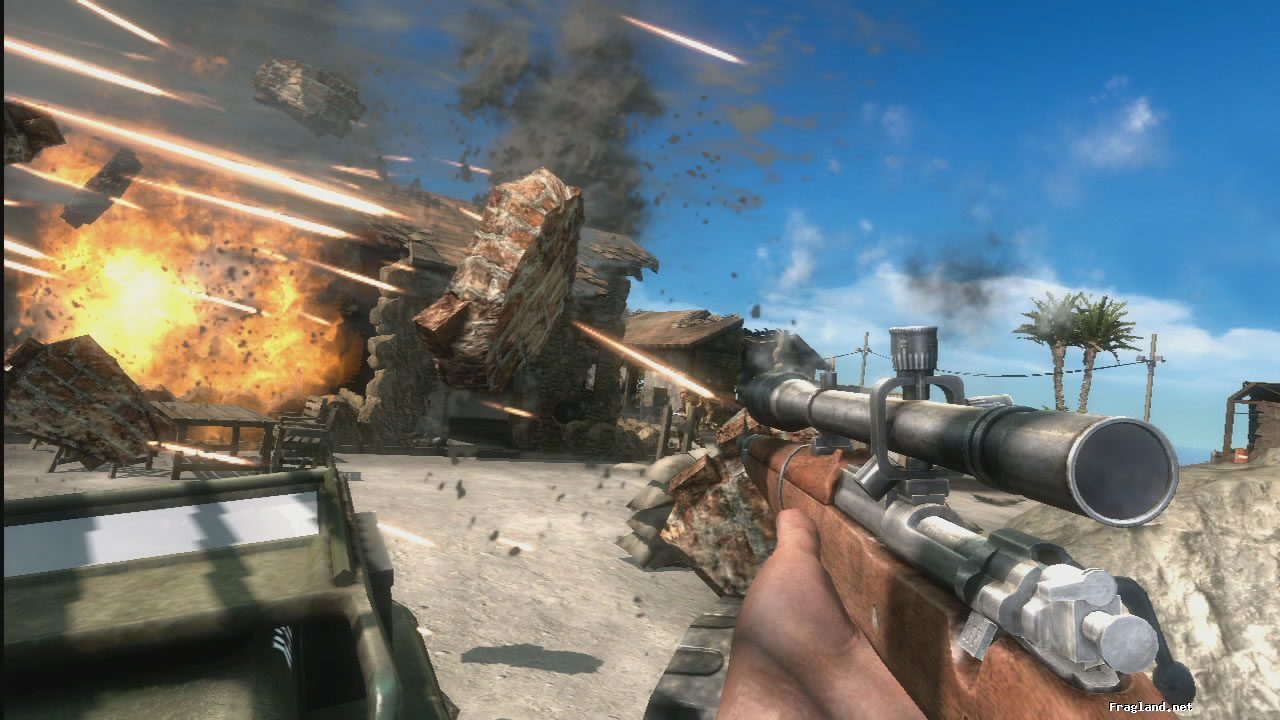 The sound track suits the action pretty well, and better than that are the sound effects.  You can generally tell where shots are coming from, and weapons give off an appropriate level of ‘pop’ when you fire them off.  Again, maybe I am just grading on a slightly sliding scale, but the overall video and audio presentation is better than I expected from a downloaded title like this. 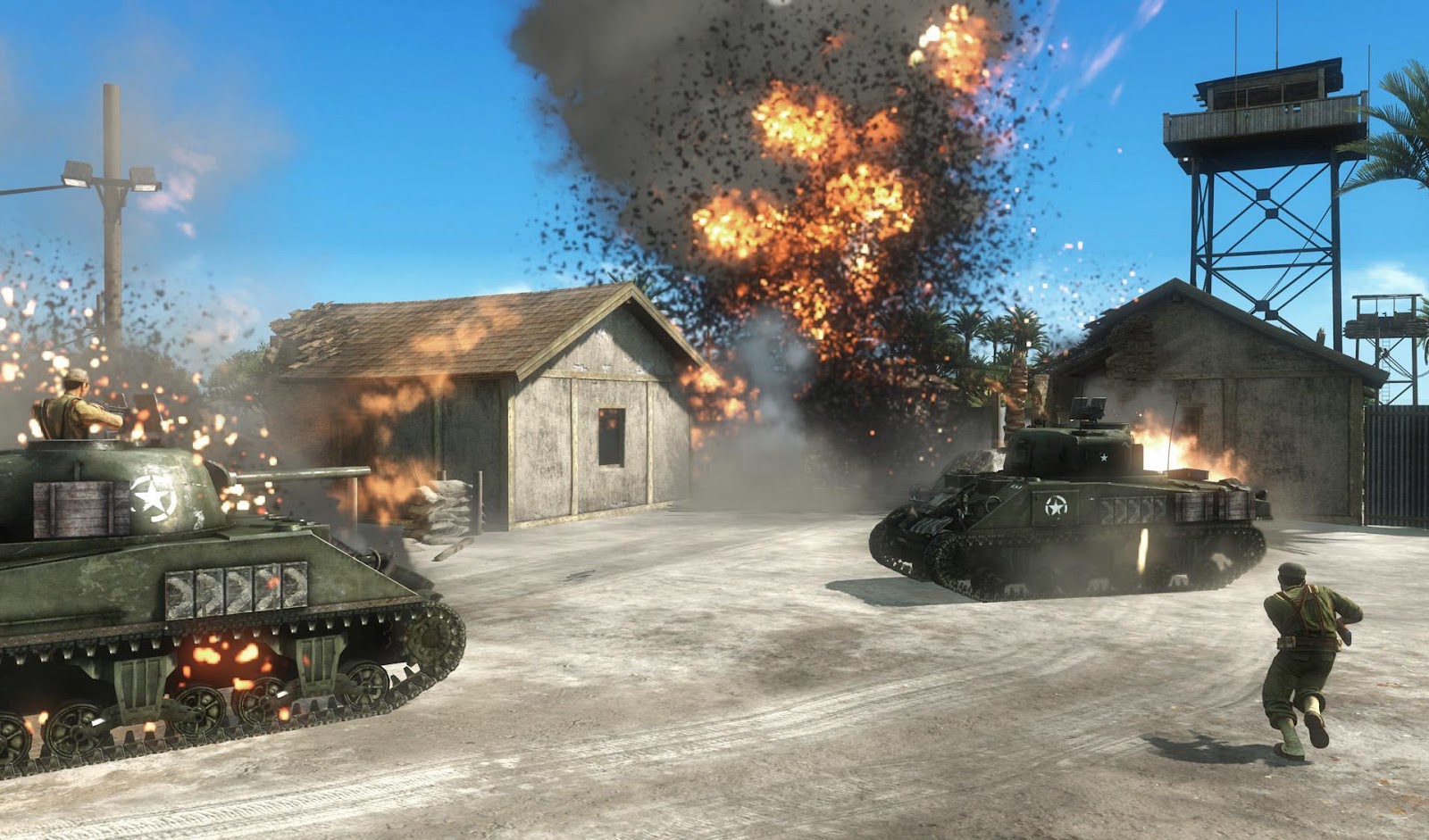 Everything controls pretty well.  If you are familiar with first-person shooters in general or the Battlefield series in particular, you know what to expect here.  It is like they lopped the campaign mode off Battlefield – but does anyone play that mode more than five or six hours anyway?  If you are looking for innovation, you really won’t find it here.  If you are looking for a few quick maps of capture the flag style play – well, here you go. 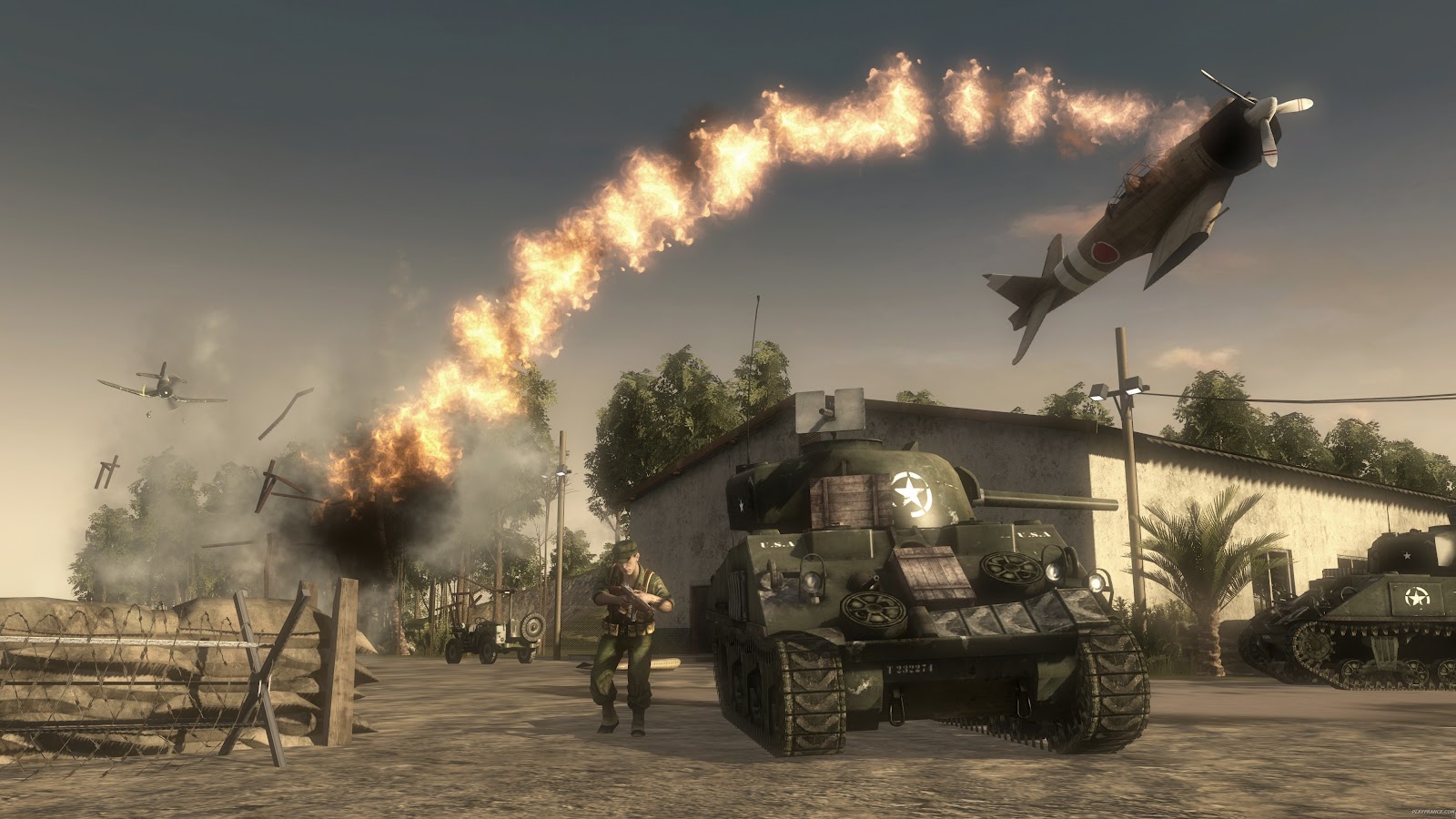 The community seems to be getting a bit smaller.  It seems like it takes me longer to get into matches and when I do, that the matches are smaller now with fewer people populating the teams than what was there six months ago.  Still, you can get some trophies, there is data being tracked for you and the fact that you have vehicles available to you add an extra layer to the proceedings that might be lacking if all you did was run around on foot and shoot. 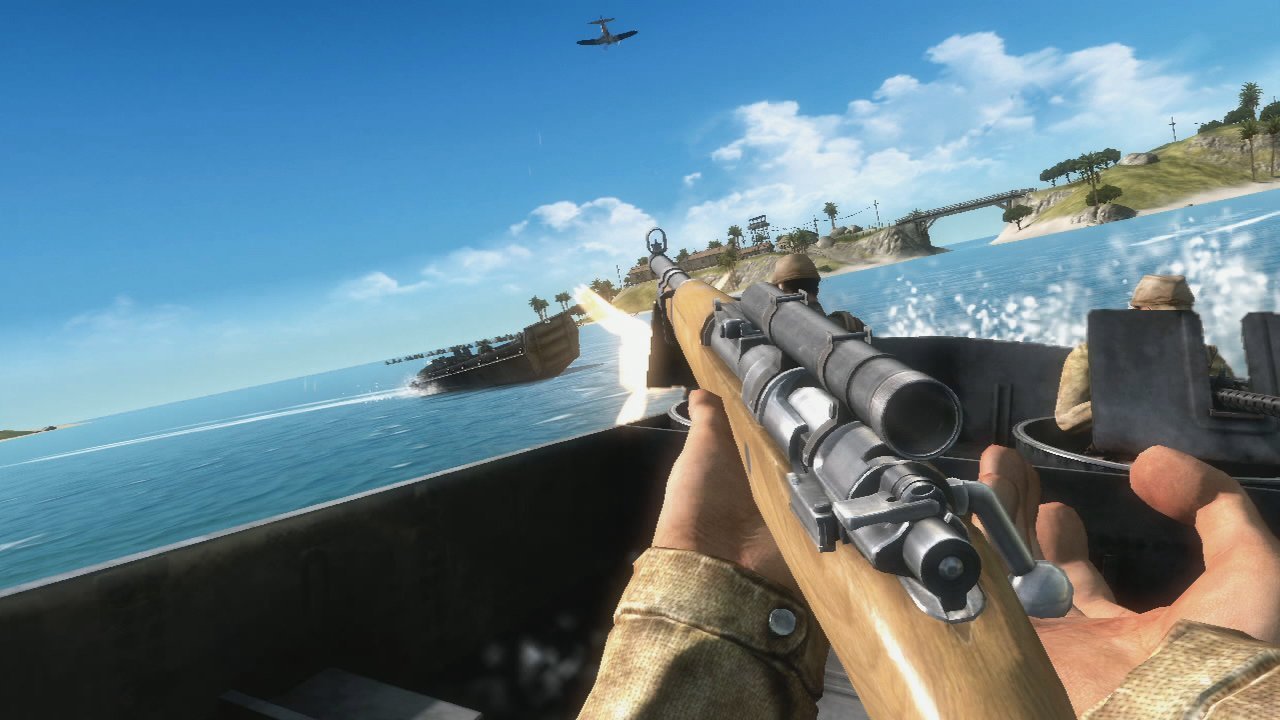 The maps are pretty well designed, the audio and video production values are solid and the best part of the Battlefield experience (the online) is here without any extra frills.  It does not chart any new territory with what it offers or even with gameplay mechanics, but I can hop in and out of matches that usually run about ten minutes give or take, which makes for some fun, bite-sized combat in the morning right before I head into work.  Considering it was a free pack-in?  I have nothing to complain about, but that being said?  It may well be worth the price to FPS fans as well – though it does lack the ‘umph’ of the full-blown counterparts such as Battlefield 3 and Call of Duty. 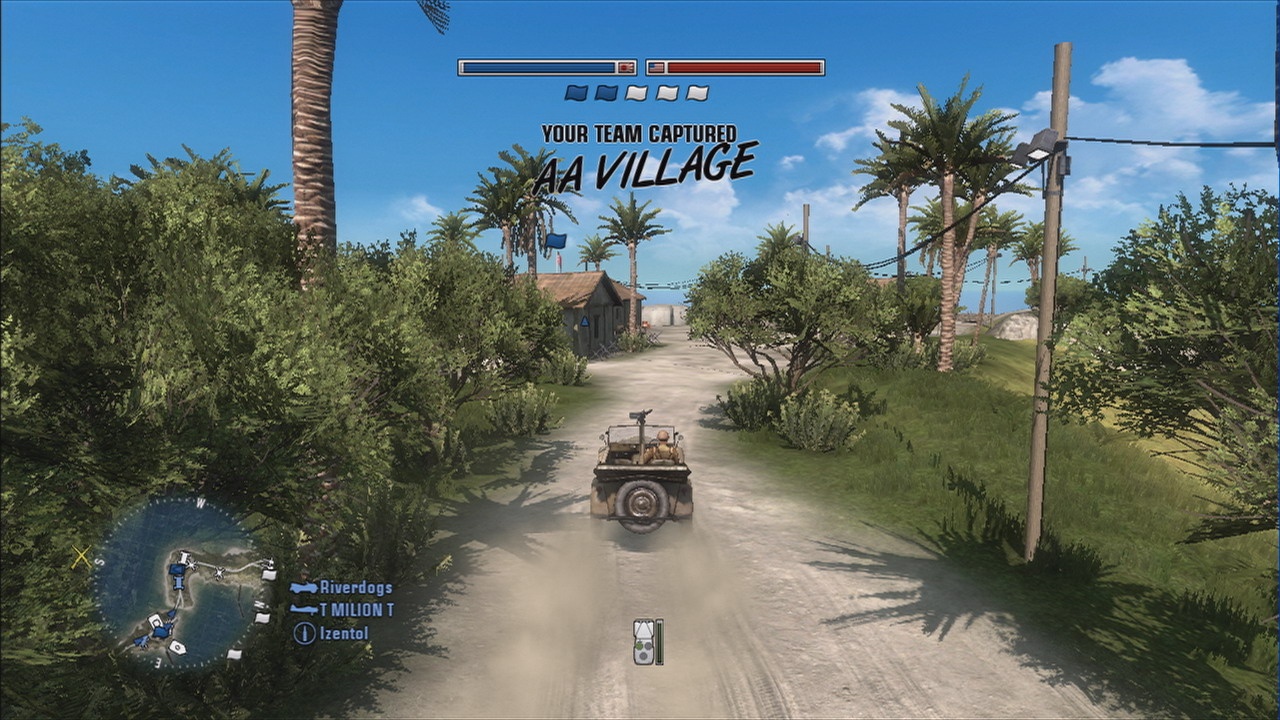