Well, we got hit pretty good up here in Michigan with snow last night. Pretty much all of the schools in the area shut down, so I decided to stay home and just relax and make a longer weekend of it (I was sick the two days prior, so I figure I might as well just wait it out and make sure I don’t get anyone at work sick).

However, we needed groceries this evening, so we made a quick run to the local store and nabbed their last copy of Fire Emblem Awakening. 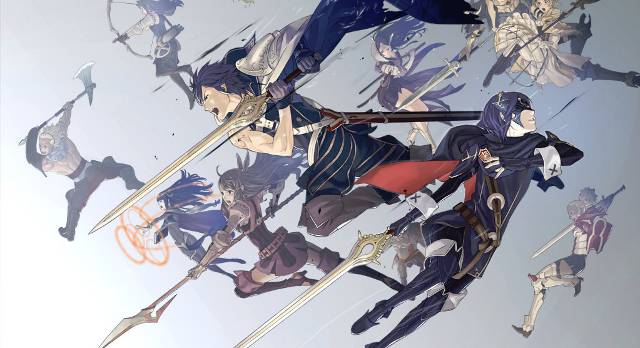 This game has been a pain in my bottom this week. I had a pre-order down on Amazon for it weeks ago, but it never shipped. I had a buddy who pre-ordered it from Walmart and he said he never got his either. I saw several articles talking about how Nintendo basically said E-Shop it and did not get into specifics as to why this release went so badly.

Not my favorite answer, especially since my son wants to play it too – so I prefer a physical copy. I did some checking around at several of the stores around here, but struck out repeatedly. Then we happened to go to one for groceries and I strolled through electronics and grabbed their last available copy. Score!

So between that, fiddling around with RPG Maker VX Ace (I probably won’t complete the project, but I had a slightly creative itch lately), trying to prestige in Black Ops II (I’m level 52 I think?) and playing Assassin’s Creed III (borrowing from a friend. It’s well enough made, but I am struggling to get into it. I’m in Chapter 4 right now) – I suspect that is how I will spend my weekend. What about you? Anyone else been trying out Fire Emblem this week?