Definitely continued the theme of gaming heavily over the last few days. I grabbed all of the Fire Emblem DLC and worked through it, and then played and beat Plants vs. Zombies on my Vita (free for PlayStation Plus right now), played through all of the modes of Dead or Alive 5, gained a couple of levels in Black Ops II and plugged about another dozen hours into Ni No Kuni. Oh, and I watched seasons 1 and 2 of Game of Thrones on Blu-ray. Sleep is highly overrated. Hope you all had a good weekend and now… onto the review!

I had never heard of Castle Crashers by The Behemoth, who had also worked on and released the popular but challenging Alien Hominid beforehand. My son however, had seen video of Castle Crashers and desperately wanted to play it on the Xbox 360, so I finally gave it and purchased it. It immediately became a hit with him and my youngest. 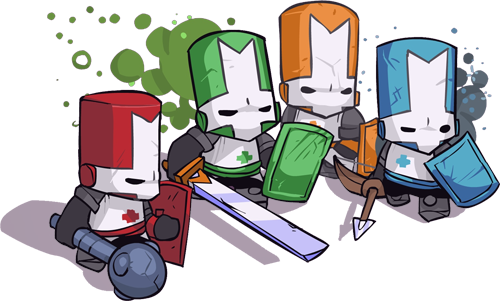 Finally on a lazy Saturday afternoon, they convinced me to sit down and play it with them. Several hours later, we had beaten it for the second time and realized we were hungry. We ordered pizza and began to play again.

The graphics are very stylized, but they look great. There is plenty of detail and it runs smoothly. Vibrant colors are everywhere, which really help add to the game’s charm. Note that while the game looks very cartoony, there is a fair amount of violence – and even blood and gore that earned Castle Crashers a teen rating. It is probably not as appropriate for small children as it looks at a glance.

Nothing to write home about, but solid all the same. You get clanks and bops aplenty as you fight through a wide variety of levels. The music is fitting, with a sort of lighthearted soundtrack that matches the visual aesthetics perfectly. Neither the sound or music is terribly memorable, but both fit the package nicely. 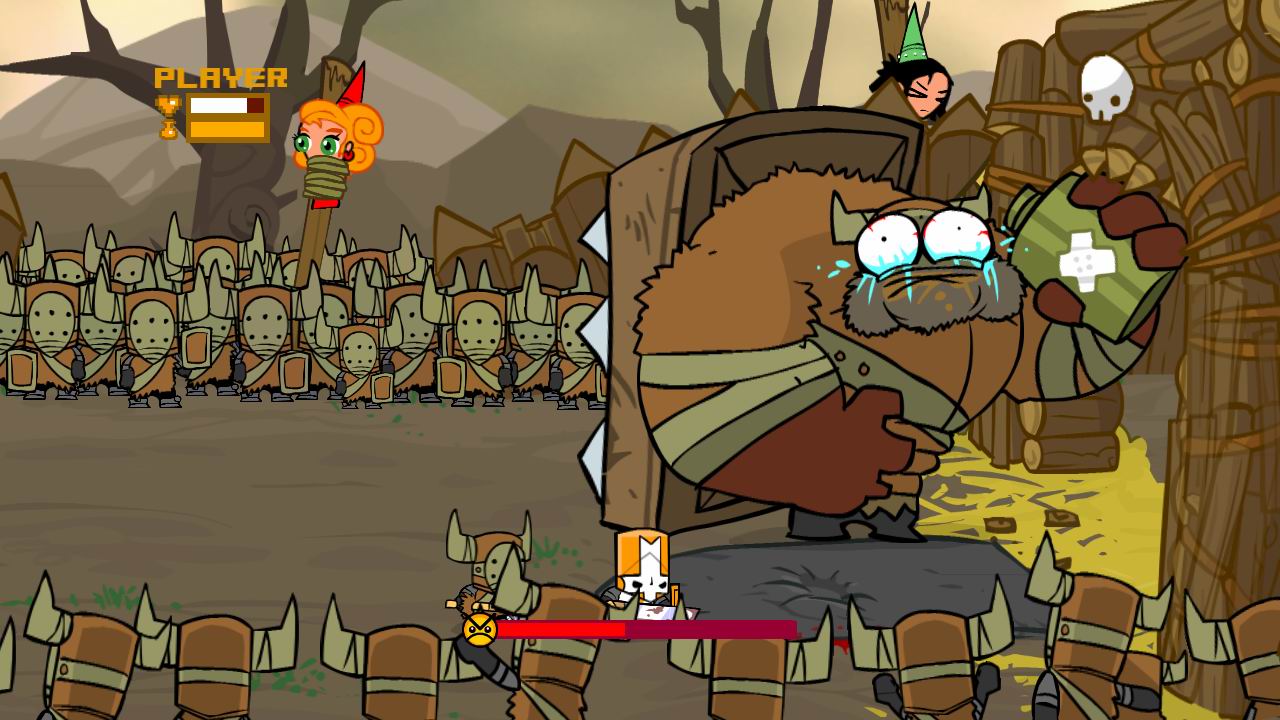 This game is a beat-em-up dressed up to look more like a cartoon or comic. There are some engaging RPG aspects as well as you level and unlock things like weapons with a wide variety of stats. The actual moves you preform are somewhat limited and in a lesser game could grow very repetitive – a problem many beat-em-up games encounter. The different characters and weapons as well as the game’s level variety all help to keep things entertainingly fresh.

Very entertaining and fresh. Whether you are being chased through a building by a giant, psychotic cat or using magic to wipe out a horde of enemies, there is a lot of action to be had here and it is a lot of fun. There are online multiplayer options and I did go a few rounds with it and found almost no lag – but I had a lot more fun with the local co-op. My kids and I had a blast running around with our three characters and doing our best to unlock more weapons and gain levels.

I really do not know if I would have enjoyed Castle Crashers nearly as much if I had played it by myself, but with my two kids? We had an absolute blast. The leveling and weapons do a nice job of adding a persistent element that rewards you for the time you sink into the game, and the combat is a lot of fun. It is all wrapped up in a surprisingly fun package with audio and visuals that put a tidy bow on an entertaining package. 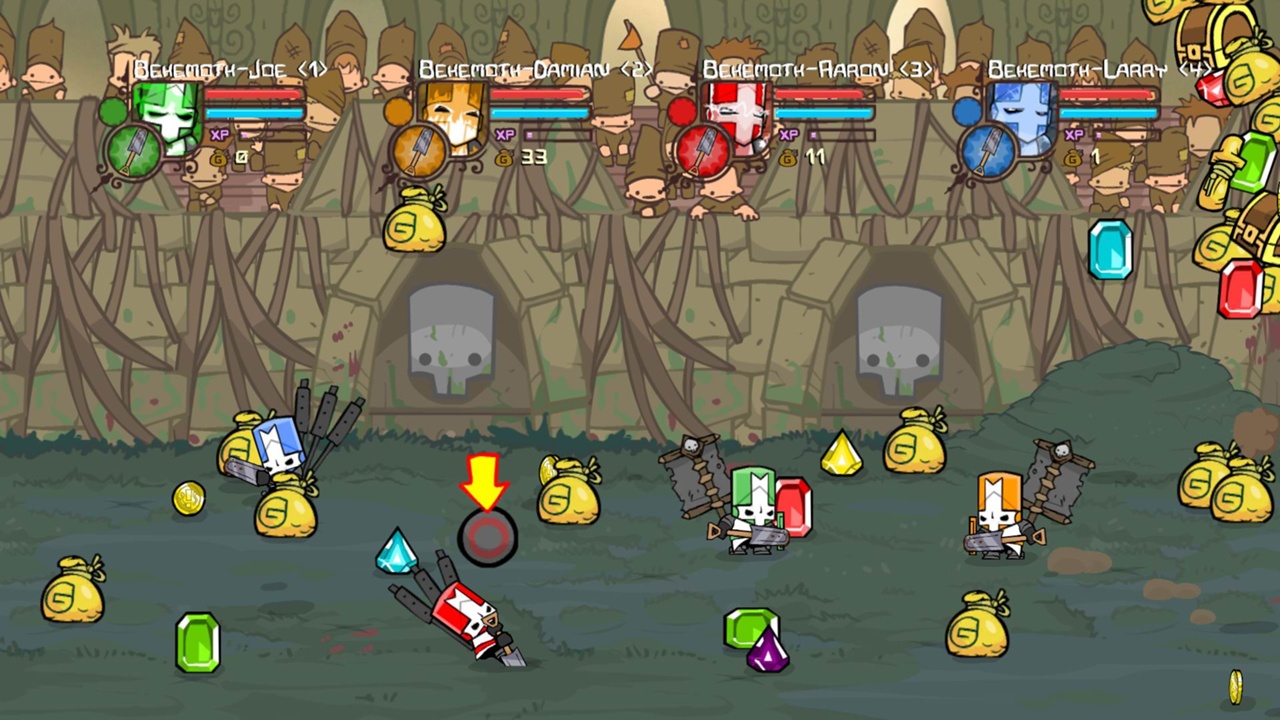 By Nick
Follow:
Owner, Founder, Editor in Chief—Currently a reviewer for Chalgyr's Game Room covering all platforms
Previous Article Dead or Alive Dimensions – 3DS Review
Next Article Looking back at my last month in gaming