The introduction to Rocketbirds: Hardboiled Chicken is confusing, but right away the humor and excellent art style show right through. That allowed me to just accept the odd beginning and start to play the actual game, which turned out to be better than I expected initially. 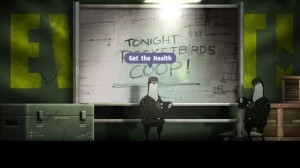 I am someone who generally prefers a serious storyline. Sure, Mario is a good example of an exception I make, because the gameplay is just so good and I have so many fond memories of the series growing up. Still, I do enjoy a chuckle with my games now and then, and on that front Rocketbirds delivered as a totalitarian penguin has taken over the area. Now while this next picture has nothing to do with the game itself… 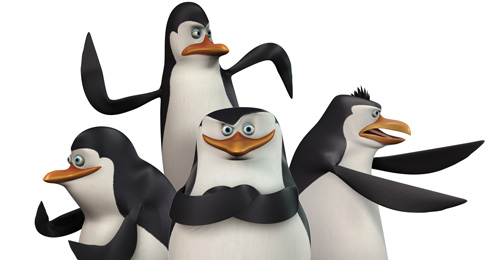 … that was pretty much what I kept picturing. Usually in that leader penguin’s voice from the Madagascar movies.

So what is Rocketbirds? It is almost equal parts platforming and shooting game (you are basically the Rambo of chickens here), with dashes of puzzling sprinkled in. Does it work? Continue to read and see what I thought.

This game just looks sharp. There was never any slowdown, everything animates well and there is actually a nice high level of detail and excellent use of lighting. For a downloaded game that started as a PSN title, this Vita game looks really good.

The sound effects are decent. There is something of a lack of gameplay variety in the combat, which limits the opportunities for sound effect variety as well. What is there is executed well and fitting, but it is nothing amazing. The music however, was very catchy in my mind. It just added to the game’s overall pacing perfectly most of the time. 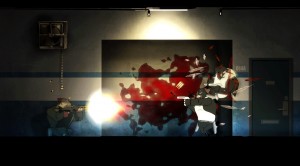 Things get a bit rougher here. Not that game game handles badly, but it could have been a lot better. Every now and then things just feel a bit stiff, and there was the rather odd choice to make ducking related to both the circle button and pressing down with the controller. Crouching is important for shooting at the enemies while avoiding getting hit, but I found myself sometimes rolling around when I did not mean to. It was seldom fatal, but it this bit of control weirdness did get me in trouble a few times. The checkpoints, healing packs and ammo refills are frequent enough that I never really got frustrated.

This game is very humorous, which is good quality to have. It is a shooting/platforming game – something everyone has done by now, so the unique theme helps it to stand out in that way. It only takes about five hours to beat as well. Luckily there are plenty of trophies for people who collect those, decent variety in the things you do, and even collectibles in the game you can try to find. It gives you a reason to go back and experience the game again. 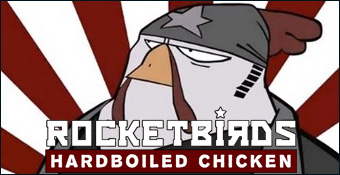 This very easily could have turned into a ‘been there, done that’ kind of title, but the fresh approach to the presentation and storyline really help out. Puzzles are never terribly hard, and usually just more of a matter of time and some trial and error to get what you need, whether you are pushing a box to the right place or killing the right opponent for a card to unlock a door. Combat could have used a bit more variety, but thankfully the game is fun and puzzles come along just often enough to keep things from getting monotonous.