I am just going to start off by saying that Dead Space was awesome. I loved it, reviewed it to a great score, and recommended it to pretty much anyone who showed an interest in it. Then I got around to playing Dead Space Extraction on the Wii. Very different kind of animal, being an on-rails shooter, but it was also a lot of fun. 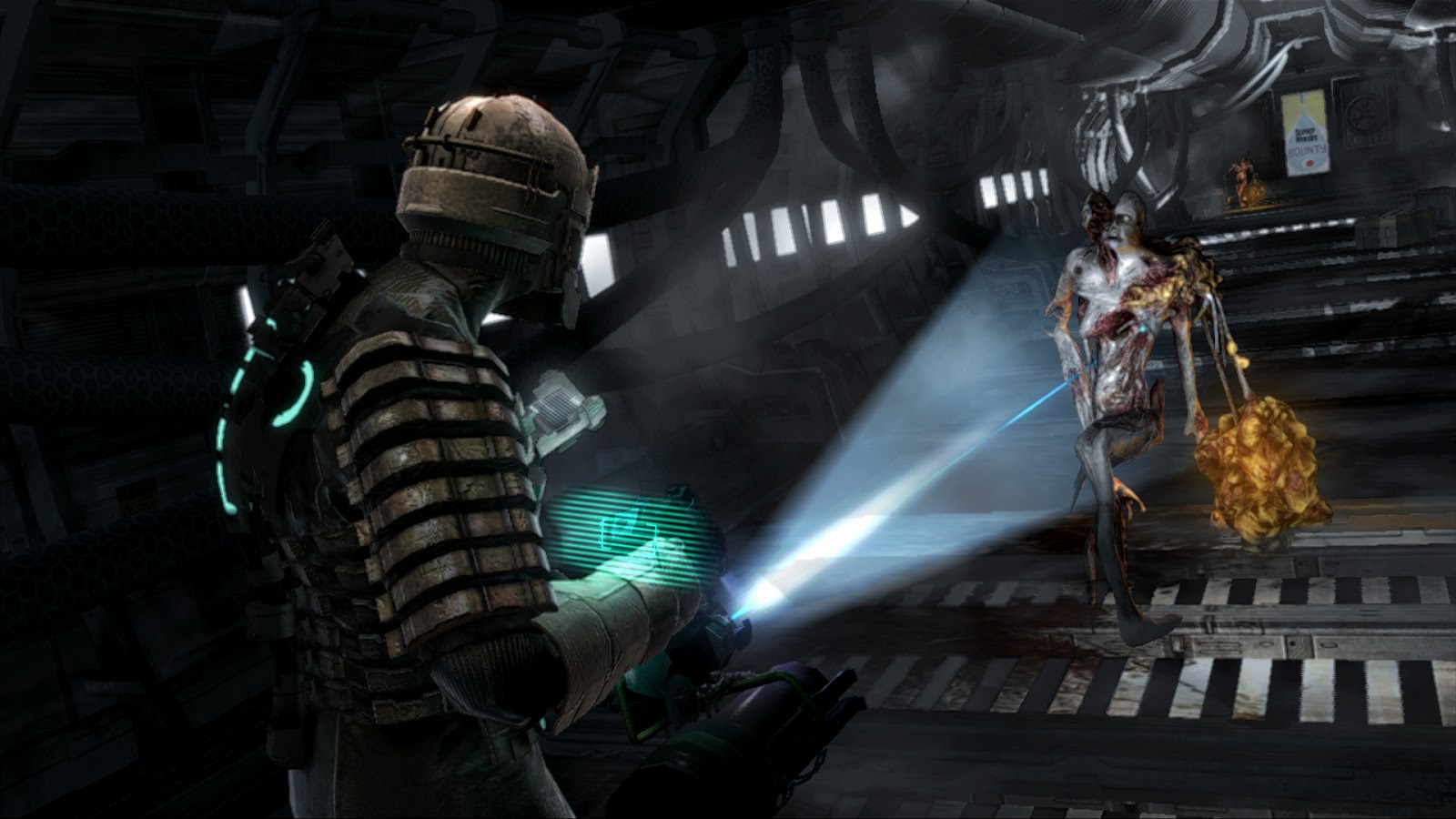 Well, the good news is – I got around to playing Dead Space 2 finally. I waited longer than I had meant to *shaking a fist at my backlog*, but the experience still holds up extremely well, even a couple of years later.

Things get off to a frantic start as Isaac wakes up on a pace station. It soon becomes apparent that some time has passed since Isaac narrowly escaped from the first game, flying into space. The ending of the first game was a great prelude into the events of the second, as you find Isaac not only contending with the deadly necromorphs that have erupted on this space station, but also waging a war against his own dementia.

Most of the first game’s initial mechanics make a return, as does the incredibly tense atmosphere. My wife and one of my daughters both commented on how jumpy Dead Space 2 made me, proving that the science fiction themed horror holds up from game one to this sequel. 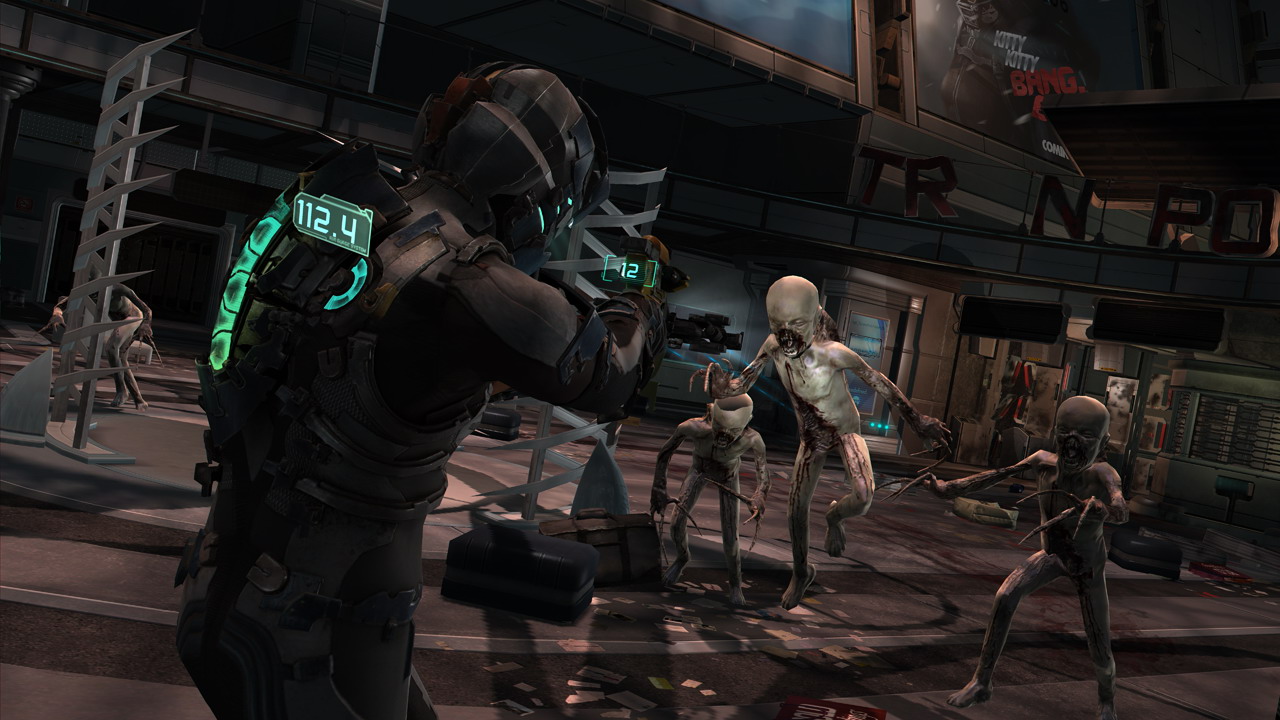 A few years old, but still a gorgeous (if often disgusting) game. This series deserves huge kudos for perhaps the most intelligently displayed HUD in gaming history, with the R.I.G on your back indicating your life, a half-circle indicator for your stasis charges, and having your weapon drawn and aimed shows you your current ammunition level. Lighting is handled to expert effect, creatures are incredibly creepy (the possessed babies in particular are chilling) and the bouts of dementia can be appropriately jarring. 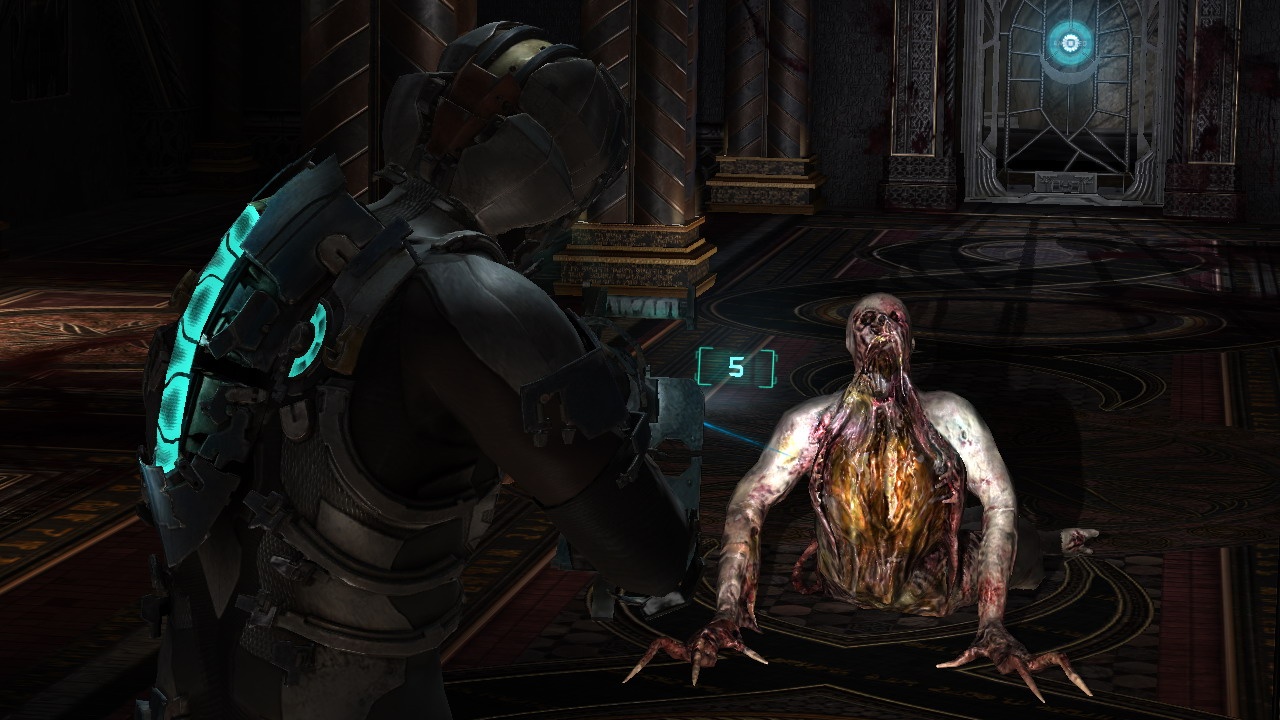 The voice acting is excellent, which helps to portray this game’s equally effective story. There are swells of music here and there, but it is the sound effect design that takes the cake. Walking through a dark hallway and hear some squishing sounds? Might want to look around with the light on your gun to see if there are critters clinging to a wall nearby. Did something roll over or break nearby? Could it have been random – or did something push it? A good deal of what keeps you on your toes is the threat of an attack – and those are frequent, but not always delivered. It ratchets up the suspense – are you about to defend yourself, or is this actually an empty room? 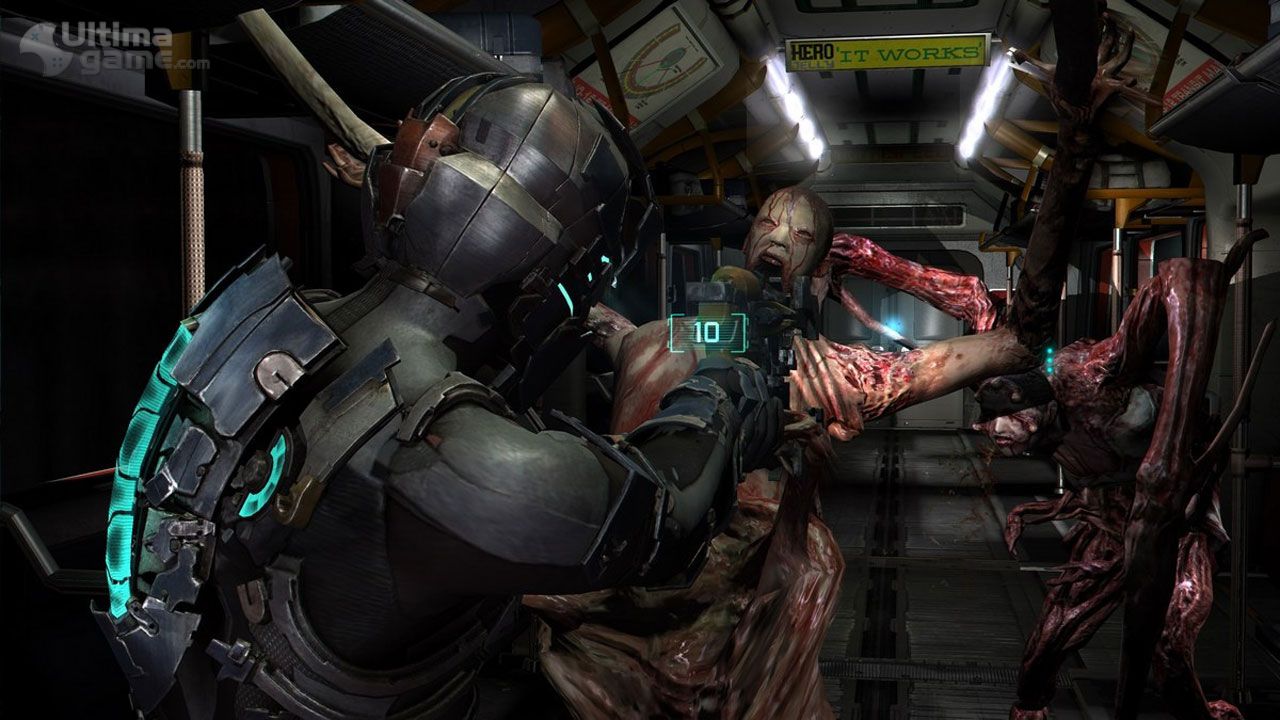 like the first Dead Space, Issac is far less than nimble – which can get frustrating at times, but helps make the game that much more tense. That being said, the shooting mechanics are solid, if not spectacular. The differences between weapons are pronounced. The live inventory menu is laid out over the field of play but there are also buttons to give you quick access to things such as health recovery. There is a certain pace to the game that just feels right. Enemies come at you in different sizes and speeds, but they do not feel unfair or like something you cannot handle – but you will die (often in spectacularly gruesome fashion). There are ‘nodes’ you can collect that let you customize the stats on your weapons as well as your armor – giving you a good reason to experiment and a sense of progression. The stasis and telekinetic abilities are useful in combat and in puzzle solving. 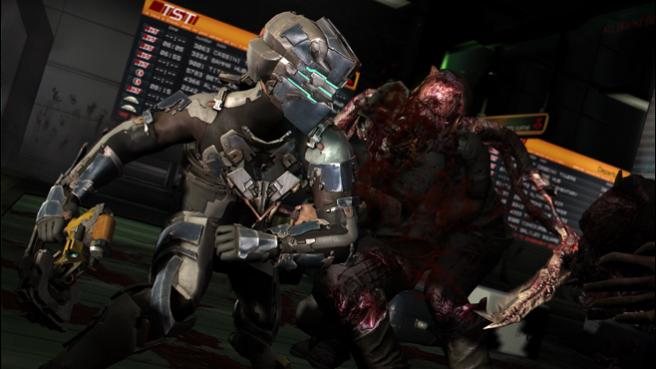 Probably the creepiest game I have played since the Fatal Frame series back on PlayStation 2. The first Dead Space was intense, but the sequel really does a great job of raising the tension further. You can do a bit of exploration, which leads to more money and resources, but also at times – more trouble. There are some awesome flashbacks to the first game (especially when you re-board the ship that is now housed at this space station). There is a multiplayer mode, but there is not much activity out there on it at this point, and frankly what little I saw did not impress me much. There is a new game+ however, with new things that can be found on your second play through. The story does not change, but you can definitely kick necromorph tail in new, more effective ways if you want to. 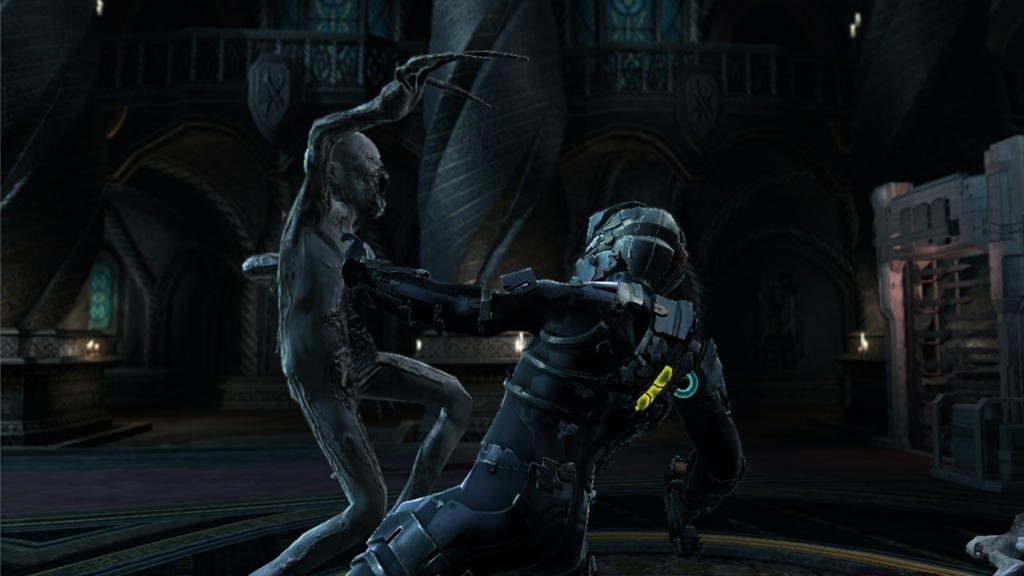 The story was excellent, and the atmosphere was absolutely spot-on. Dead
Space 2 is not something I wound recommend for younger kids for any
number of reasons (blood, violence, gore, language) – but ranks as the
best horror game of this console generation for me. An easy recommendation to make, because I had a bloody good time with it. 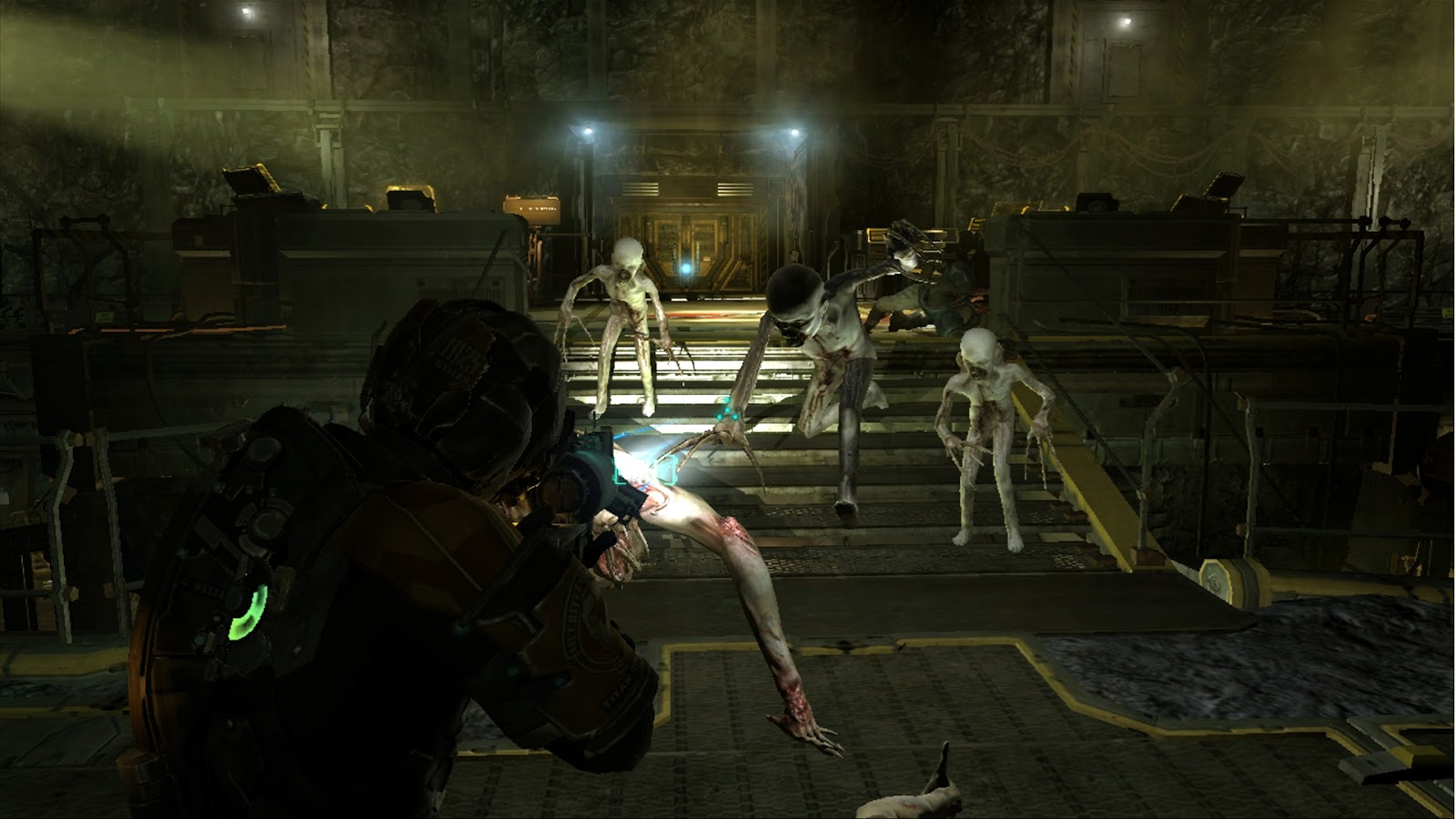