I will spread out the posts a bit this week and next while trying to ramp up some new content. In the meantime, the Dead Space theme continues with the iPad version of the game. 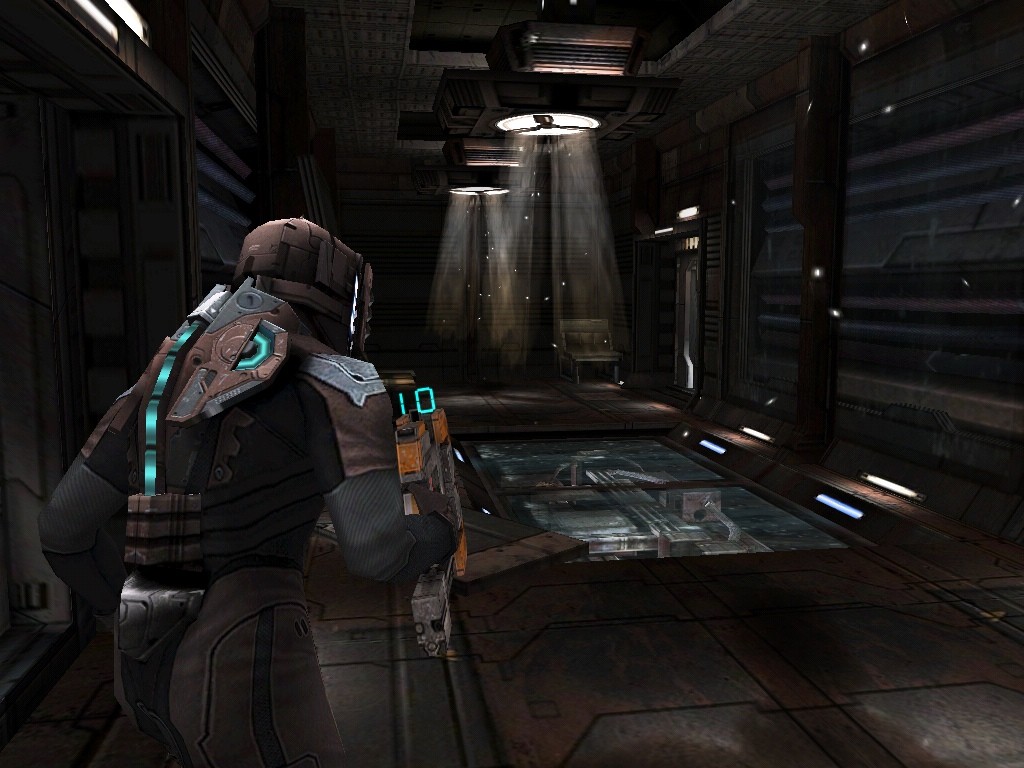 Turns out, this is an entirely new chapter in the overall story of Dead Space, and not a squeezed-down version of the original. Similar to the on-rails game, Dead Space: Extraction – at least in the story content – you follow the adventures not of Isaac, but a man called Vandal. This is an all-new tale, and one that is actually quite good. Unlike Extraction, this Dead Space tries to mimic a lot of what the main series does – which means third person shooting and exploration. 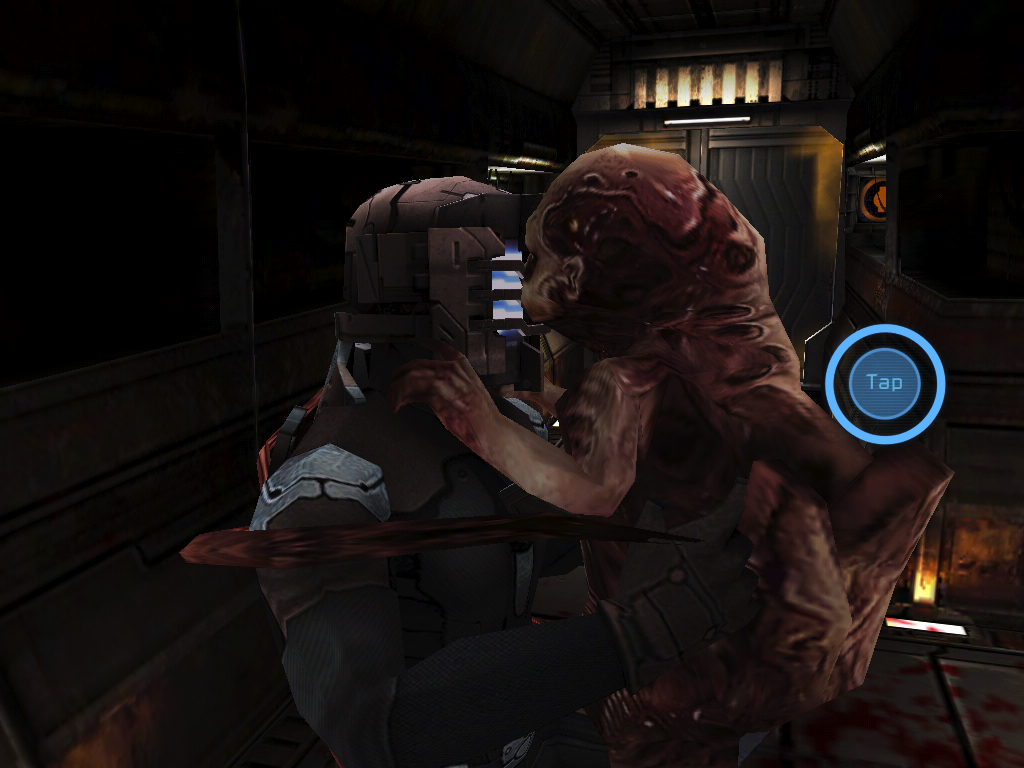 While nowhere near as pretty as  the console titles, this is one of the better looking iOS games out there. The textures are a little lacking in detail at times, but considering how much they are fitting on the screen and doing with the lighting and environment, it is all pretty impressive. The Dead Space series makes great use of sound throughout. While Sound is still an important part of the process, it does suffer a bit from being on these portable devices. The scares and environmental effects just lose a bit in translation without proper surround sound. Like the music, that is not to say they are bad by any means – it is all fairly good in fact. Just not quite as immersive as playing it on a console. 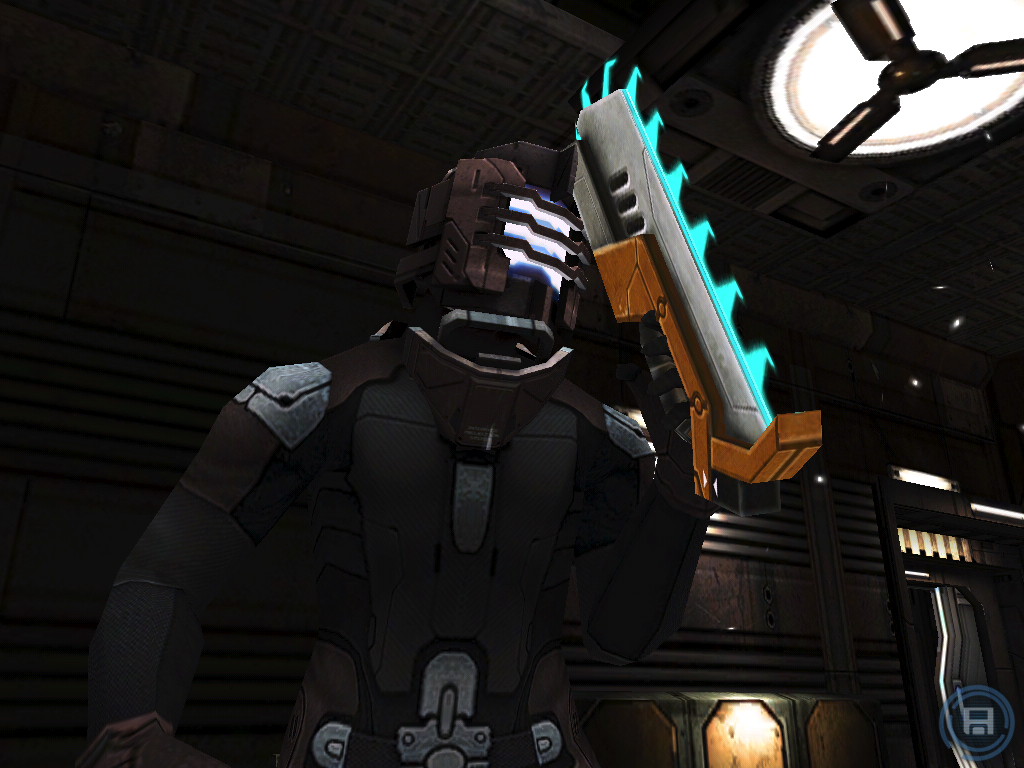 The Dead Space titles are not the most fluid shooters on the market to begin with. In those games Isaac is often slow and feels just a bit tank-like as he moves about. Vandal is no different, which helps to keep you rooted for the scares that do occur, but trading in a controller for a touch screen does not make the experience any smoother.  In fact, it is a bit rougher overall – but that being said, the touchscreen is intuitive. I have played a lot of action-oriented games that felt broken when trying to map their controls to the iPad or iPhone touchscreens, and that was not the case here. The developers did an excellent job scaling all of the various things Vandal has to do to the small screen. It is worth noting that while it works fine on my iPhone, the experience is better on my wife’s iPad. 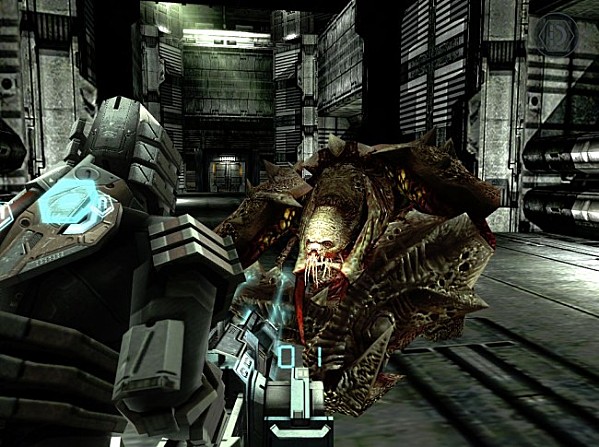 The story is good, the controls are solid and the overall presentation values are excellent for an iOS device. Still, there was not much reason to go back and play once I beat the game. For whatever reason, some of the missions felt more repetitive here to me than they did on the console. Maybe the environments are more limited due to the mobile nature of this game, but the sense of exploration just was not as strong in this game. Here is the tough part though – compared to its console counterparts, Dead Space does not hold up as well. Compared to most games on the iPhone or iPad? Dead Space is actually an excellent game. 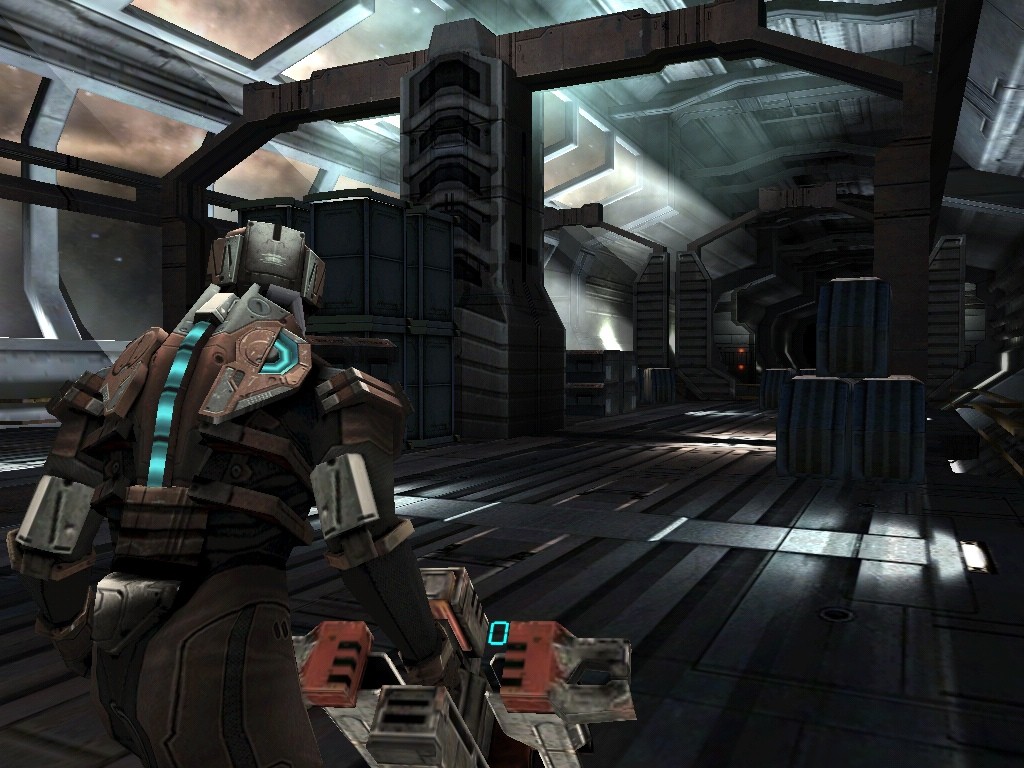 At twelve chapters, this game felt a little shorter than I would have liked, but the conclusion was satisfying and the game a credible translation from the big screen to the small. I mentioned above that the game controls better on the iPad than an iPhone, and in general I would say the experience is better on the slightly bigger screen. Like Extraction, this Dead Space spinoff is worth exploring. 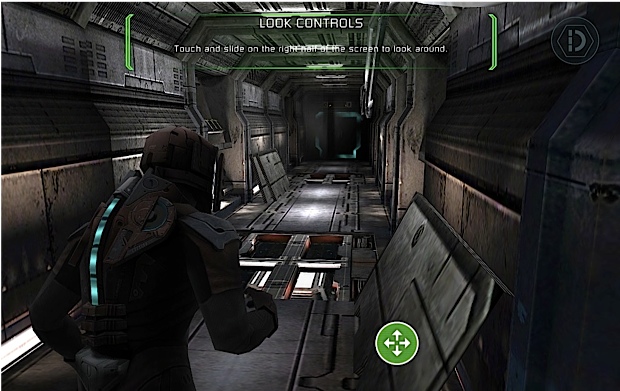