Shuhei Yoshida made a couple of twitter announcements that likely made fans of the upcoming PlayStation 4 just a little bit happier. 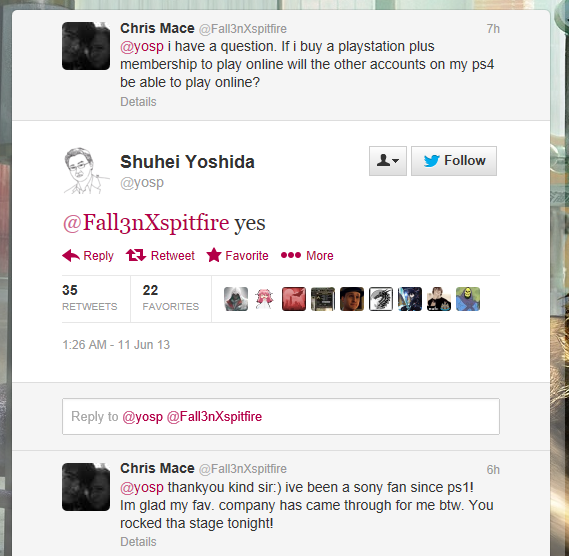 First, the PS4 is going to be region free. The last I had heard, this was not the case for the Xbox One. Personally, I do not make much use out of the feature, but I know a lot of people who do and they will be thrilled by this.

Next up – the question I have been most waiting for? Well, see the image above. Both PlayStation Life Style and My Gaming pointed to a tweet – pictured above, that sure makes it look like one account on a system that is PlayStation Plus will allow everyone multiplayer access. I also tweeted out to Yoshida, just looking for 100% confirmation of this – and I would love to know the details of how that works.

Also, Yoshida confirmed via twitter that the PlayStation 4 apps like Netflix and Hulu will not require PlayStation Plus for access – something that the current Microsoft Xbox Live does require on the 360.