comments Share
You are reading
Class of Heroes 2 – PSP Review

Class of Heroes 2 is a tough, traditional dungeon crawling JRPG experience. This is the type of game that does not appeal to everyone, but I for one am glad that MonkeyPaw Games and Gaijinworks brought this title over to the Sony PlayStation Store (it is a PSP title, but plays beautifully on my Vita as well), because I am its target audience. 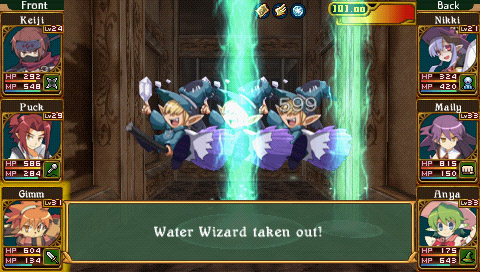 I am not one to shy away from a good, tough dungeon crawl. I have used plenty of graph paper in my day on titles from the Wizardry series and thoroughly enjoyed Elminage Original when I reviewed it upon its release. Still, Elminage was good – Class of Heroes 2 is even better.

MonkeyPaw Games has a talent for finding good titles over in Japan and making sure they get brought overseas for fans such as myself to enjoy. A great example of this was Vanguard Bandits – another title of theirs I thought quite a bit of.

Class of Heroes 2 is a JRPG dungeon crawler in every sense, though the storyline – thin though it is – is slightly different than the usual fare which leans toward grizzled veteran warriors and wizards. Here your story begins at a school as you try to stand out among your fellow classmates. The game’s quest structure is exactly what you would expect as you visit the library to pick up fetch or kill quests.

It is a lot of fun putting together teams of characters, though you can abuse the system a bit. When you choose to create/enroll a new character, you get a random assortment of points. If you back out and do it again, you get a new set set of bonus points to allot however you please. The variety of characters and classes is pretty impressive, with the ability to unlock more advanced classes later in the game as well.

You will wind up creating a team of six characters, and it is hard not to get attached to them since you create them (there are some default ones when you start too if you want to use them), but in the tradition of a lot of other similar dungeon crawl games, if your party loses – they are wiped out. There is a chance for recovery, but it is not a sure thing – permadeath can happen.

Generally I found that if I was careful, I was able to avoid that, though later in the game some traps really tested my resourcefulness. JRPG fans should know this golden rule: save early and often. 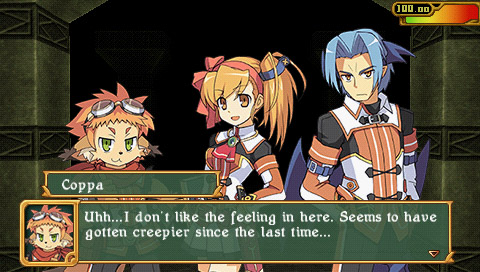 The visuals are not technologically amazing, and like a lot of similar titles what you are working with is generally static images. That said, the anime art style of both characters and monsters appealed to me, and the various menus are clean and organized as well. I played on both my PSP and Vita, and the Vita’s screen obviously looked better, but I thought it looked just fine on my PSP as well. 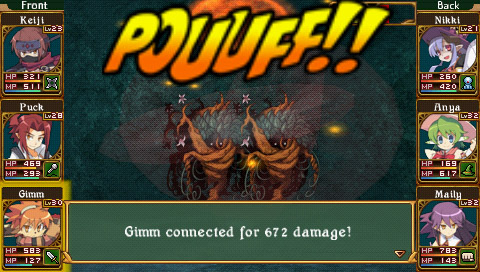 Pretty subjective here, but I did enjoy the soundtrack quite a bit. There is no voice dialog or anything of that nature to be had here, but there is a good selection of sound effects at play here. Wandering the wild, you can hear the growls of nearby creatures and the magic and weapon effects are suitably varied. 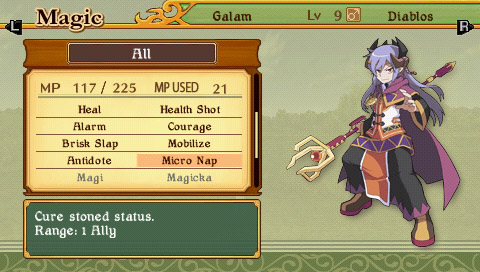 You have to like this type of game, that is all there is to say on that front. You traverse in a first person perspective as you frequently encounter enemies. There is an experience grind here – in fact that is what makes up the majority of the gameplay. There are no deep conversation trees or varied environmental puzzles at work here, but movement and combat are easy to do and menus are simple to navigate. Precisely the qualities I am looking for in a game like this. 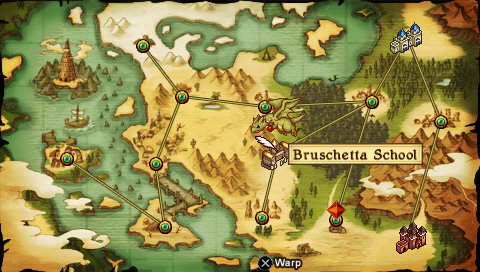 Class of Heroes 2 is a good challenge. This is a ported over version of a game that has been out for some time in Japan, but for me dungeon crawl experiences age better than a lot of other game types. One of my biggest complaints about Elminage was that the localization was really bad. Here credit should be given to an excellent translation job, both in the game and also the additional resources Gaijinworks provided. 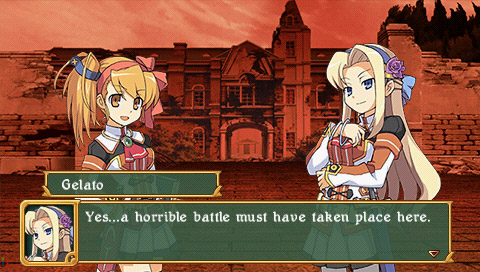 Class of Heroes does not go holding your hand through your journey. You will have to carefully balance your resources and decide just how much abuse your team of adventurers can take, or you will die. This kind of steep difficulty can turn some gamers off, and one could argue that maybe a gentler setting like what Nintendo did with Fire Emblem Awakening would help broaden this title’s appeal. That being said, fans of this genre such as myself know exactly what we are getting into, and will enjoy every minute of it.