Just a quick hit article this morning, but I have seen this article pop up in a few places, and the premise interested me. I have really enjoyed the Dead or Alive series over the last few releases. I have reviewed Dead or Alive 4, Dead or Alive 5 and Dead or Alive Dimensions. The fluid combat and excellent visuals combine with a variety of modes to make this series one of the better members of the fighting genre out there. 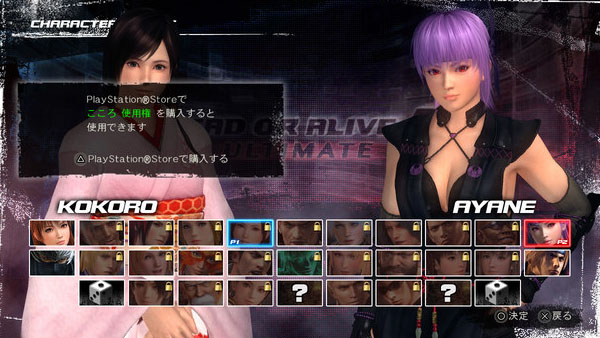 Well
there will now be two versions of Dead or Alive 5 Ultimate being
released. There will of course be the full, purchased version with all
of the bells and whistles immediately available at once, but Yosuke
Hayashi of Team Ninja has also said that a base version of Dead or Alive
5 Ultimate will be available for free on the PlayStation Store.

This
base version will have Ryu Hayabusa, Hayate, Kasumi and Ayane available
from the outset. They are still toying with the idea of week-long or
weekend releases where characters may be available, but this base
version will include a training mode and online connectivity. There is
no timer or deadline – the idea is to get as many people to try the
series as possible, and then you can purchase additional content if you
prefer that over buying the full retail game.

It is an
interesting model, and if it brings in more fans to the fighting genre, I
think it is definitely worth a try. A few friends have joked that with
these additional releases, Dead or Alive 5 feels a bit like Street
Fighter right now, just without the ever-expanding list of over-the-top
adjectives (think Hyper, Super, Championship, etc) that tend to get
tacked onto the Capcom fighting title.

Now mind you – this has only been announced for Japan so far, but I wonder if it will gain traction elsewhere? What do you think? Will you be willing to give the base version of this game a try?

Games of the Year 2020 - Guilty Pleasure