Casual games are usually defined as a video game geared toward a broad audience of gamers. These can really be on any system, of any genre – but the general understanding is they tend to have very low learning curves so they can appeal to people who do not generally play a lot of video games. 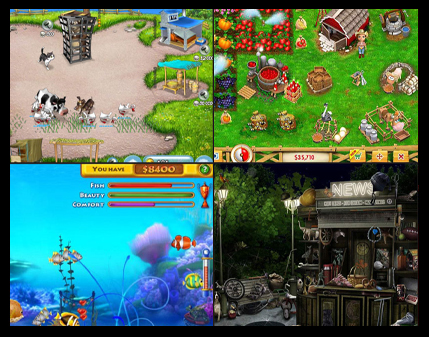 This was going to start off as a very different kind of article. I was going to talk about and possibly review Bejeweled 2 and 3. I have been playing number 2 on PSN with my dad for about a year, and we just spent a bunch of time together during his recent visit playing Bejeweled 3, Zuma and Feed Frenzy 2 on the PlayStation 3, because I found the game real cheap recently and picked it up on a whim. The thing is, almost everyone has played these, or some game very similar to Bejeweled. By now, you know if this sort of game is your cup of tea or not. I think my earliest runs at the match however-many genre game in the form of Dr. Mario and Columns – games my dad and I played back then. Tetris was another favorite of ours. Duck Hunt was another we played together.

He never had any interest in Super Mario Bros, Double Dragon, River City Ransom or Ikari Warriors. If I wanted to spend time playing games with my dad, it had to be something like this. I was generally still better than him, and I am a competitive guy by nature – but I was not playing just to beat him, but to spend some time doing something together we both enjoyed. We had other activities we did together growing up too, like fishing and basketball. 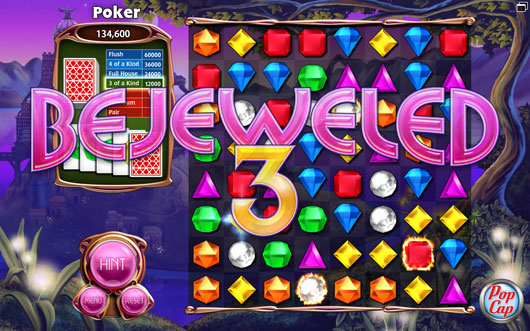 Still, it was really rainy on the first Sunday he was up visiting me recently, and my daughter mentioned Bejeweled Blitz – because she has that on her iPad – as does my wife. My wife also has it on her iPhone. That reminded me I had purchased Bejeweled 3, so we put that in and spent several hours playing that and Zuma. My wife joined us as well. It was relaxing, easy to get into – and something my son wanted no part in. He hates Angry Birds. I have a couple of friends who bemoan causal games as the death of the industry, going so far as to say it ruins gaming for others.

First off, I consider that a relatively absurd notion. You can read, watch or play whatever you want. It does not directly impact me. Certainly, it may indirectly impact me. We got stuck with more Twilight crap because other people liked it, it sold, and surprise surprise, studios like money and want to focus on things that sell. So maybe resources go into a project I have no interest in because a casual game on Facebook is seen as a moneymaker. I suppose I can see the argument, but it is thin and holds almost no weight.

Look at the Wii, which built itself on the casual market. The success of the Wii early on no doubt paved the way for other opportunities like Xenoblade Chronicles and Pandora’s Tower. Sure, it took some time to convince the studios that these games should come over to America because they would sell – but had the Wii not gotten into so many households – based largely on its appeal to a broad market – odds are these games never would have been considered financially viable. 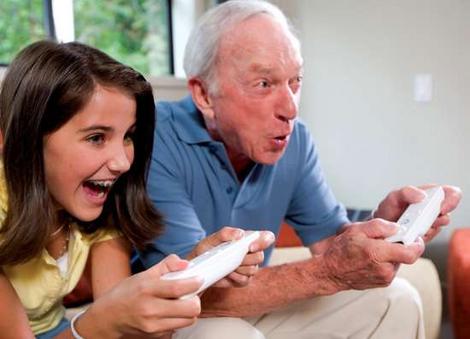 My son would rather play something like Black Ops II, and that is fine – I enjoy that game too. Another buddy of mine feels that if a game does not have a deep storyline – like an RPG – then it is not worth his time. Well, it is his time, his preference to use it as he sees fit. Both of them get irritated by casual games. I do not play them very often – but you know what? It is hard to argue their place when I get to spend an afternoon with my wife, oldest daughter and father playing one together. It was time well spent.