Platforming games are really not my strongest genre, at least not anymore. I have been playing games for a long time now, and the NES and Genesis consoles thrived on platformers, and they require patience, quick reflexes and good memorization of level design through trial and error. Rush Bros pushes for all of these things, and tries to throw a couple of new wrinkles into the usual formula at the same time. 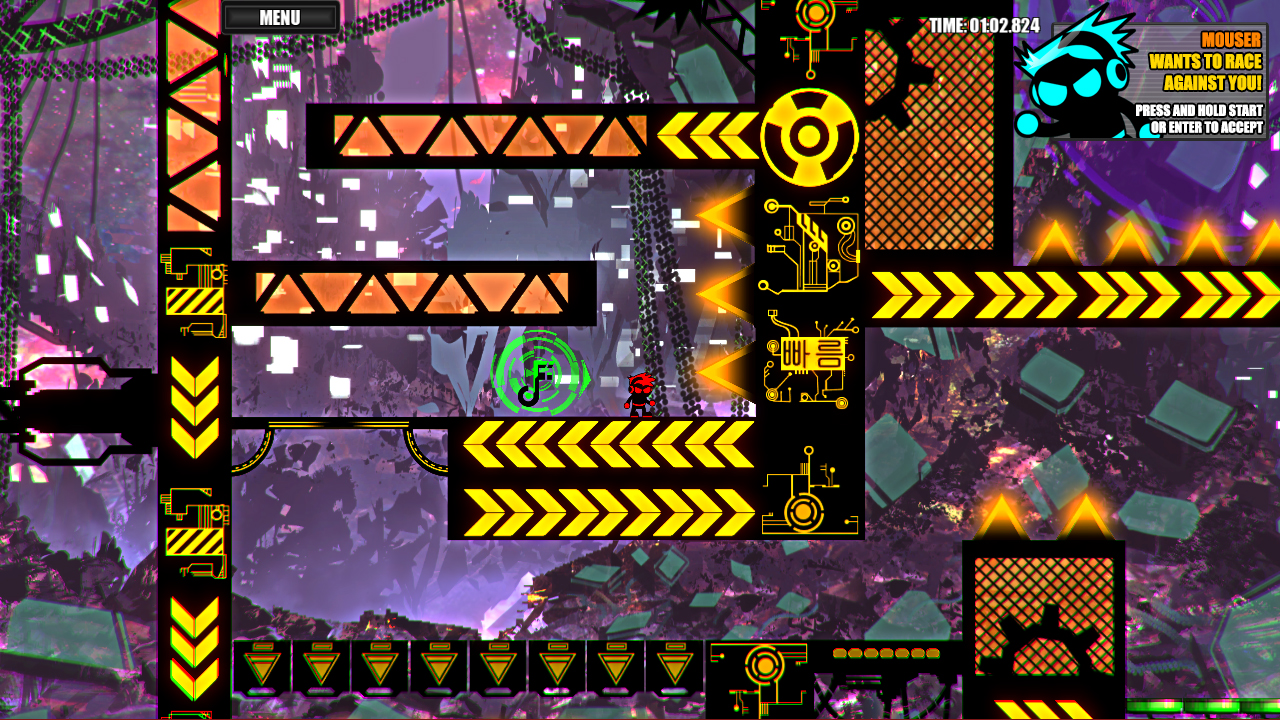 Rush Bros describes itself as a racing platformer – a term I do not believe I had heard before, but it makes perfect sense here as you try to not only platform through various jumps and wall clinging maneuvers, but do so trying to get the best time possible. You see that in some other games as well, but here there is a multiplayer mode that allows you or someone to drop into your level and compete against one another.

On top of that, there is a musical component to how the various traps on the level play out. Different songs with different tempos can bring out varied responses from the traps littering the level design. Games like Audiosurf have levered this kind of ‘import your own music’ mechanic before, so it is not completely new, but it is an interesting twist. 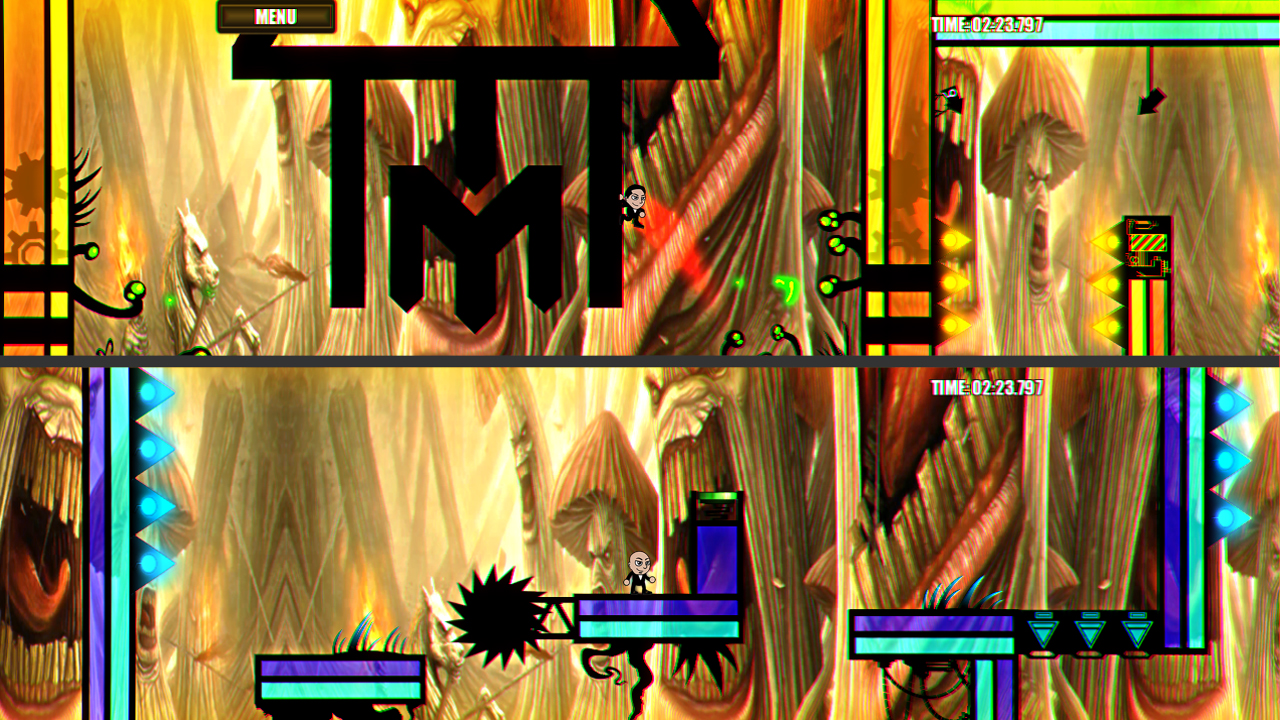 There is a bright, vibrant style here that I really like. Considering how quickly the game moves, the fact that the framerate is smooth and never begins skipping is a very good thing as it lets you focus on the levels and game and not have to worry about a cheap death because the screen bogged down at a bad time. It is not a technological marvel, but everything is crisp and generally enjoyable here. 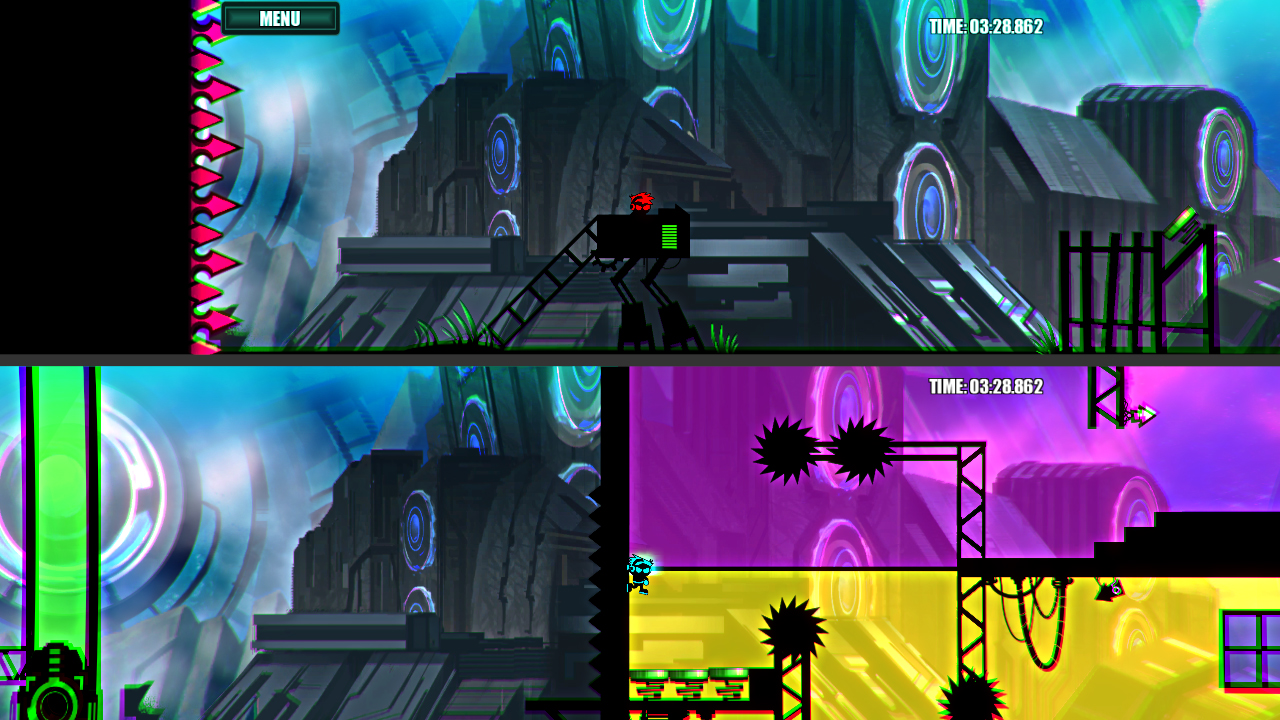 This is sort of a tough one to put a label on, since you have the option of importing your own music into the game. Now, I mentioned that there is an influence different songs can have on the traps, but honestly it is not always very pronounced. I certainly get a different feel from something very slow being played versus an upbeat techno title, but it does feel like more could have been done with this. The game’s sound effects are simple but effective and the music that is included with the game itself is quite catchy most of the time. 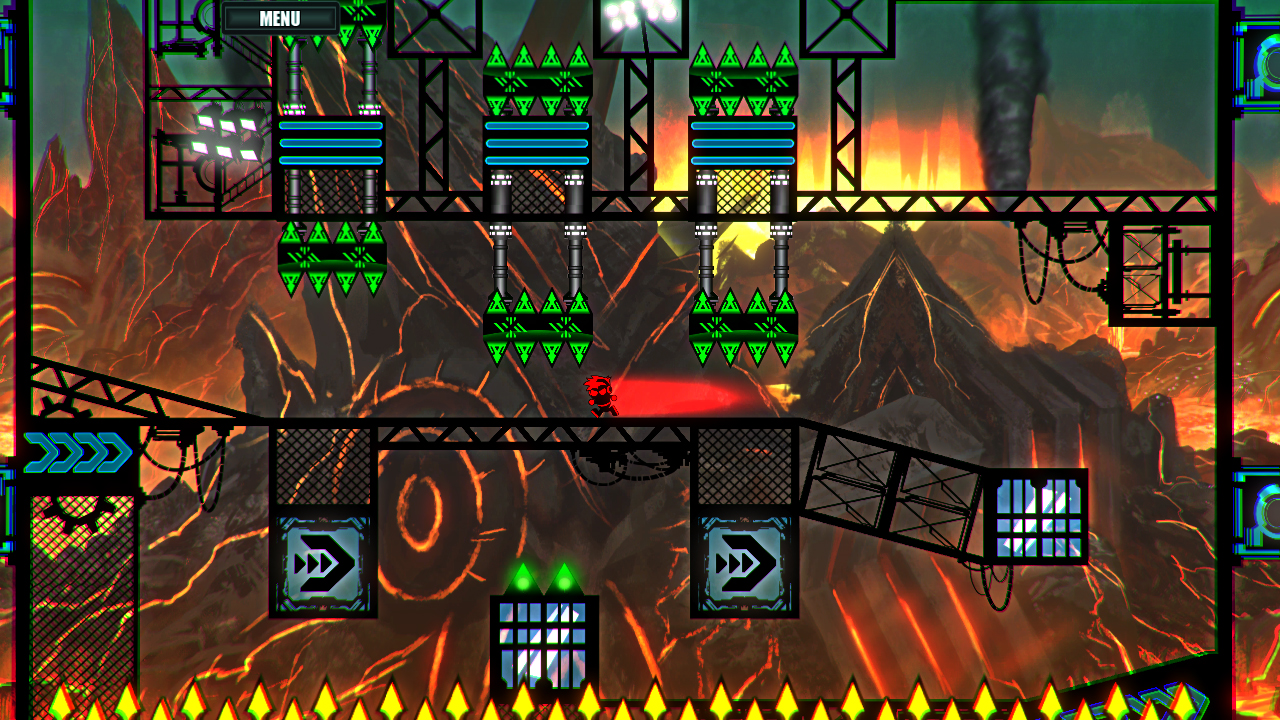 In a lot of platforming titles, the controls can make or break the experience. Here, the controls are pretty responsive – not the best I have seen, but when I die it is usually my fault, but there were some levels where things just felt a bit ‘cheap’ as well. Like most platforming games, memorization is key. I had to play through most levels a few times before I felt like I was really getting my best scores out of them, but that is to be expected. You can use your keyboard to play, but Rush Bros recommends a controller – and with good reason. You will fare far better with one. The solo modes did not stick with me nearly as well as doing multiplayer with my son did. There is a definite advantage to whichever person knows the level better, and sometimes the deaths can be frustrating when there are some bragging rights on the line, but overall multiplayer is where Rush Bros is at. Getting the songs imported was a quick and easy process, which I appreciate as well. My son is a bit more of a platforming fan than I am, so he has gotten more mileage out of the game since its release. That being said, I did enjoy my time with Rush Bros. It would have been nice to see the imported music have more of an impact on the levels – or even perhaps be factored into the level design if there is a sequel down the road. Whether you plan to play alone or others may also impact your mileage. My son and I had a lot of fun competing against one another, but my interest in playing on my own was somewhat short-lived.