So, Microsoft pulls a 180 (not to be confused with the 360 – sorry, I had to…), and while it was unexpected, I think it was something they simply had to do. 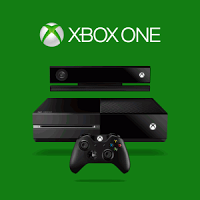 By now, a lot of press has gone into how Microsoft was going to insist on an always-on connection and that you would not be able to loan/sell/trade games (at least not easily) due to restrictive policies. Well, now you need to connect online only once – right off of the bat – to activate your system, but it is no longer a requirement in any way, shape or form. The much-discussed 24 hour window is not a thing of the past – it will not even happen in the first place.

Of even more note was the approach to used games. You will still have to install the title on your hard drive – which aside from usage space concerns – really is not a big deal to me. What was a big deal to people was that they could not trade/sell or loan games to their friends/used game shops/random people on the street.

The Kinect is still a requirement and well… I am okay with that. Sure, it would never work in my bedroom as designed, but I could make it work in my living room. I think this was something Microsoft had to do. Reports of lost stock value and the Sony PlayStation 4 pulling ahead on pre-orders at a rate of 3 to 1 over the Xbox One clearly put the writing on the wall. Microsoft wanted to do something different originally, something that they thought would benefit publishers of games – but a lot of that would be lost if their install base turned out to be one third of Sony’s.

Will this turn the tide completely? Probably not, but it is a step in the right direction. The PlayStation 4 still comes in at $100 less for the system, but the Kinect at least gives a tangible reason for the higher Xbox One price tag. Now that Sony is using the PlayStation Plus in similar fashion to the Xbox Live Gold accounts, and that both consoles have announced a $59.99 price point for games, it looks like the playing field just got a lot more leveled out.

I have my paid off pre-order for the PlayStation 4 and I feel mighty good about it still. That being said? The Xbox One has re-entered the discussion as the next console I will get next. What are your thoughts? Does this change your perception of the Xbox One going forward? I thought they had a really good E3 conference in terms of the gaming content, and I do feel this was a good decision on Microsoft’s part. Does it sway your opinions on which console is more desirable now?

Posted by Nick
Follow:
Owner, Founder, Editor in Chief—Currently a reviewer for Chalgyr's Game Room covering all platforms
Previous Article Gaming Thoughts – there is definitely a place for casual games
Next Article Magic 2014 – Duels of the Planeswalkers releasing next week