Almost every video game console has a handful of exclusive titles that help define what that console meant to its fans. Sometimes those games span several console releases (Super Mario, The Legend of Zelda, Halo, etc). The PlayStation 3 has seen a few series carried on from the PlayStation 2 (Killzone, God of War), but has also seen a couple of series that were born and carried out over the span of just this console generation. The Xbox 360 had that with Gears of War, while Sony gets series like Infamous and Uncharted to show off. 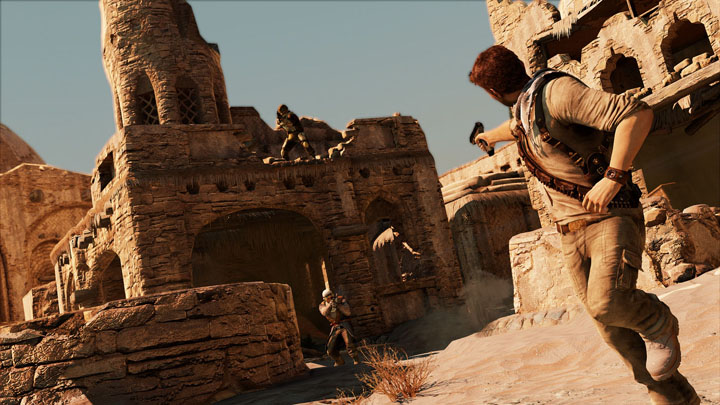 And boy do the Uncharted games really show off. They feel like big budget movies brought to gamers to control the events with some tense firefights, daring platforming and a solid story help make all of the Uncharted titles feel just a bit like something more than a video game. Uncharted 3: Drake’s Deception continues that trend. One new thing I will get to showcase in this review is an addition to the graphics department, called The 3D Perspective. I recently got a 3D television and spent several days trying out lots of different games and movies to try form some opinions on the matter. On games that have 3D functionality, I will include my thoughts under the graphics header. 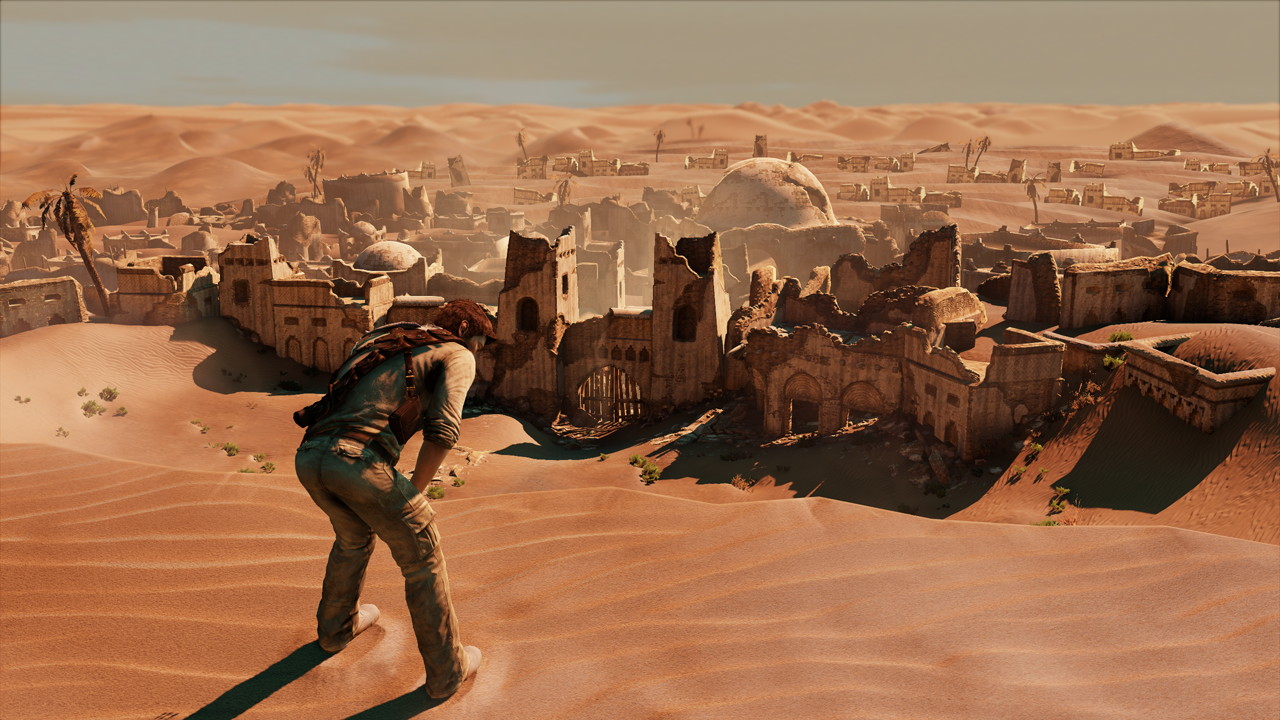 Near-perfect. Characters animate very well, with detailed facial expressions that really do help convey a lot of emotion. The environments are beautiful – whether you are in a sand-blown desert or creeping through old ruins, the detail and use of color are outstanding. Small touches about all over the place and it really lends beauty to the game. Every now and then you might see an odd animation or environmental stutter, but considering how much life is brought to the game (some of the busy in-city scenes in particular), it is truly an impressive feat.

The 3D Perspective: Excellent. There is some amazing depth here. One scene in particular, where you control Nathan on a rooftop escape, really made me realize just how impressive the 3D was. I did not see much crosstalk, but the game was of course just a bit darker due to the glasses. Small price to pay though, as Uncharted 3 is probably the prettiest 3D game I have had a chance to play so far. 9 out of 10. 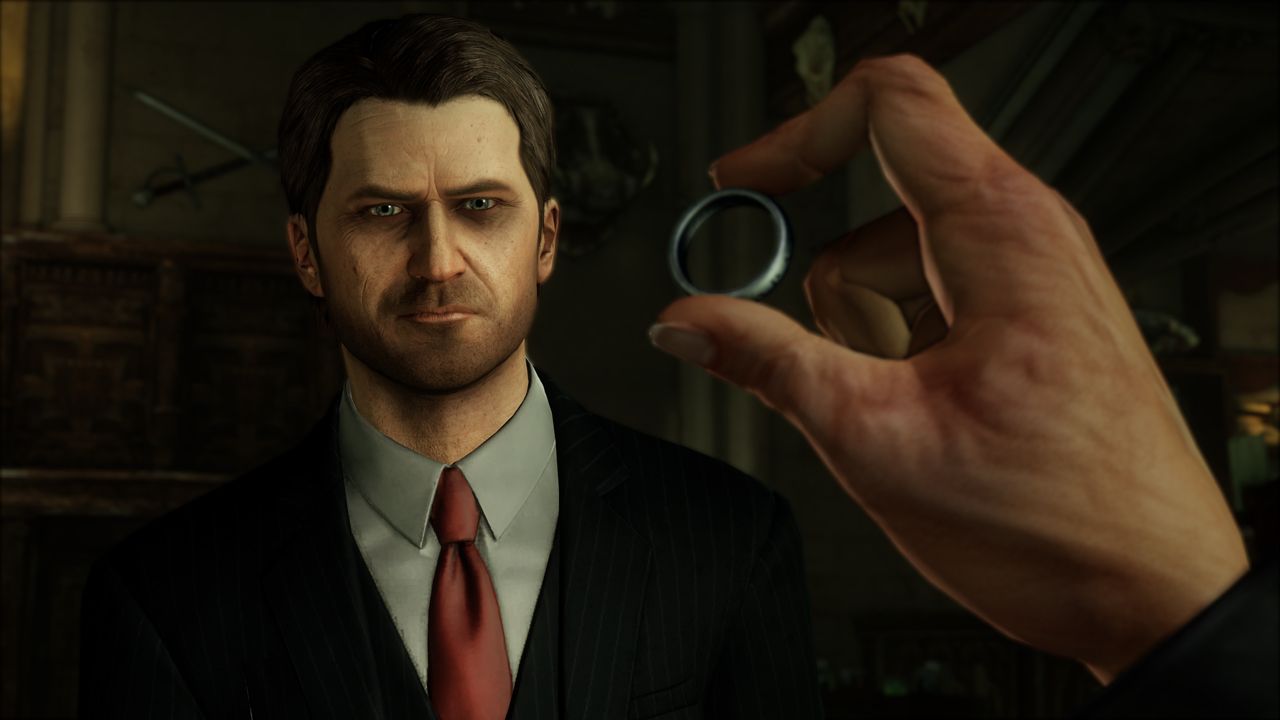 If you read the above paragraph, you know how impressed I was with the visuals. Well, the audio is even better. A lot of the hallmarks I touched on in my reviews for Uncharted 2 and 3 are still true here as well. The music is scored beautifully, the voice cast does an excellent job with their roles and there are small touches with the audio from randomly conversing soldiers to how gunfire is portrayed. In a word: Spectacular. 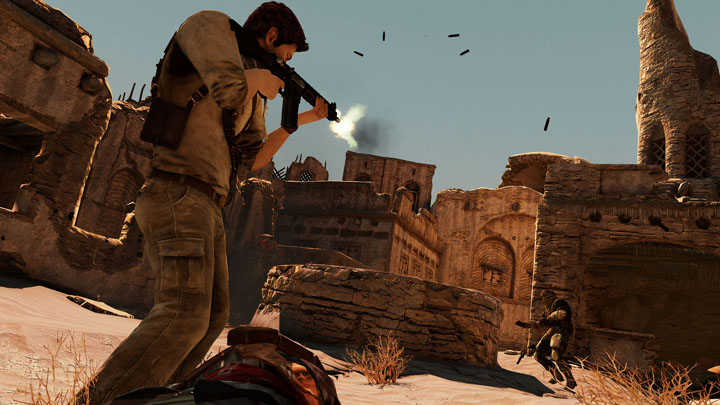 The shooting is still solid, though far from the best out there. Weapons do have a nice feel, and you will definitely find your favorites (I rather liked the different sniper rifles myself). The platforming is a bit better, if not in execution, at least in level design. I think by now I will simply have to accept the platforming in Uncharted for what it is: effective, at times very entertaining, but also limited in scope and occasionally frustrating as well. 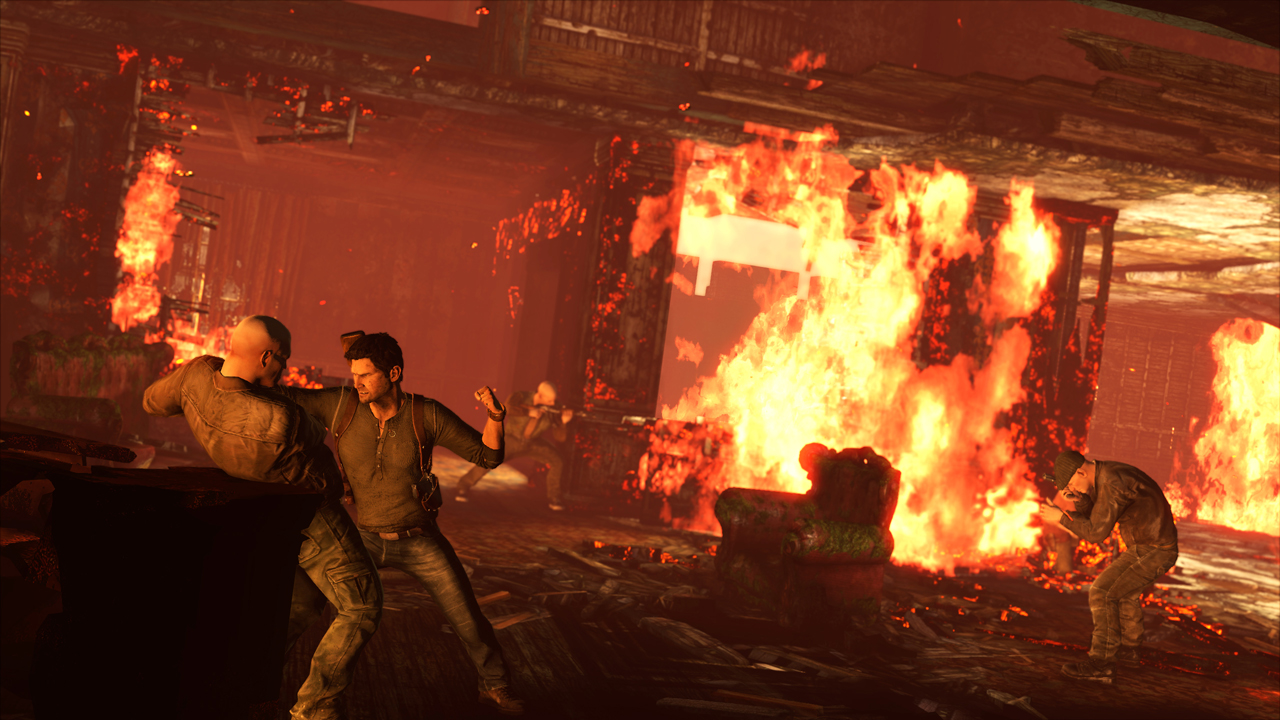 The storyline was every bit as entertaining as the prior games, and that AAA movie feel permeates the entire adventure. There were a lot of parts that I found laugh-out-loud funny, and others that were tense and serious. Like the other Uncharted titles, this one did not take long to beat (probably 10-12 hours) and you are dealing with a very linear overall game (something that will undoubtedly annoy some people). There is a multiplayer mode that felt pretty solid and saw more activity than Uncharted 2’s when I was recently comparing the two.

That being said, something about Uncharted 3 did not resonate with me quite as well as part 2 of the series. I really enjoyed the story – including some really cool back story, but there were really long bouts of… inactivity, for lack of a better term. You would walk through an environment, but it felt like Nathan was almost on rails, because there was nothing else to do. There is almost no combat action at the beginning of the game either, making for a slightly dull affair if you do not immediately latch onto the characters and story. This is a sharp contrast from Uncharted 2, which had one of my favorite game openings ever. 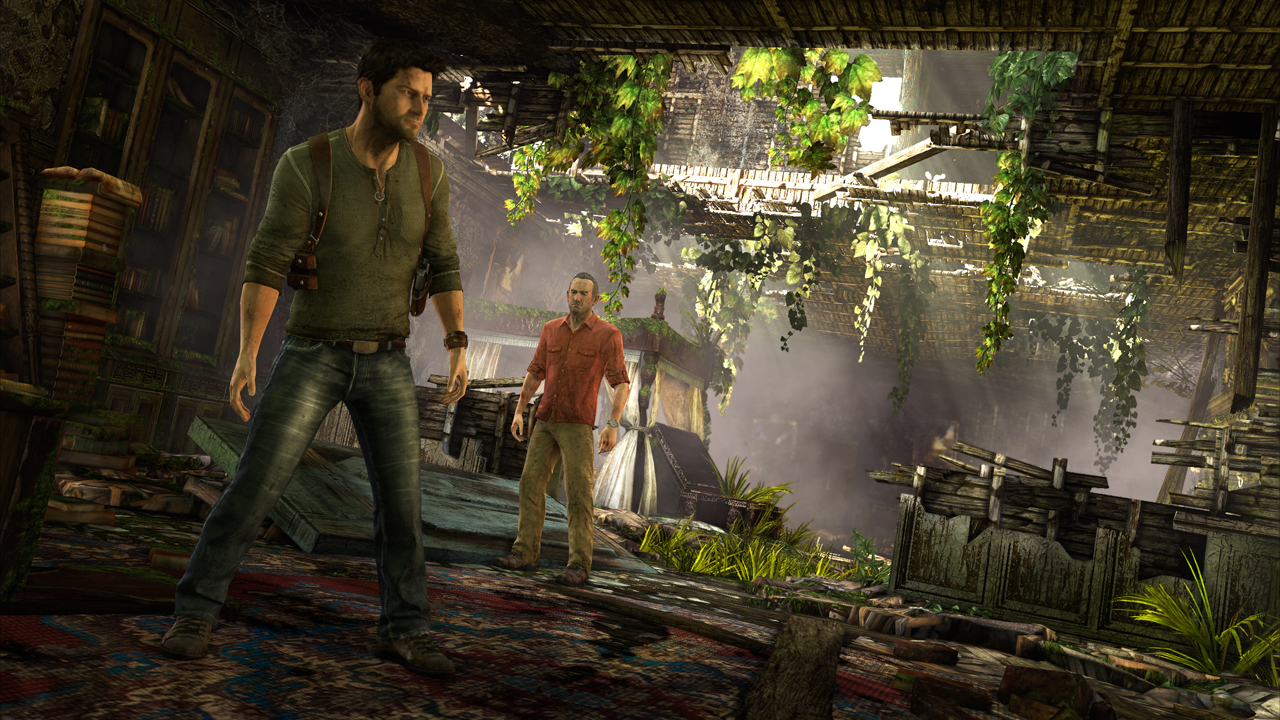 Sony has had some big exclusives over the life of the PlayStation 3, but I am not sure if any of them were bigger for them than Uncharted 3 has been so far. It may not be appropriate for younger kids, but for those who enjoy movie-like adventures with some platforming and gun play, this should fit the bill nicely. Beyond easy to recommend. 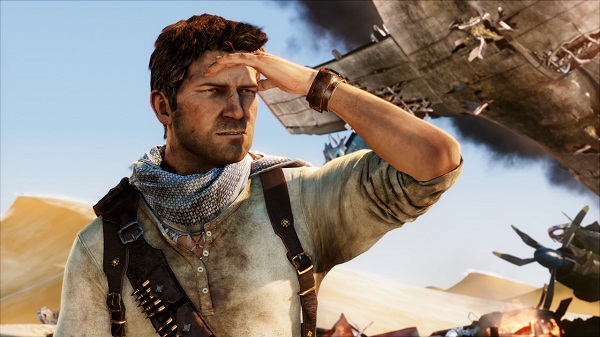