Infinity Blades I & II have earned a reputation for being two of the best-looking iOS games released to date. It is a well-deserved reputation, but the question always boils down to: what is the game itself like? 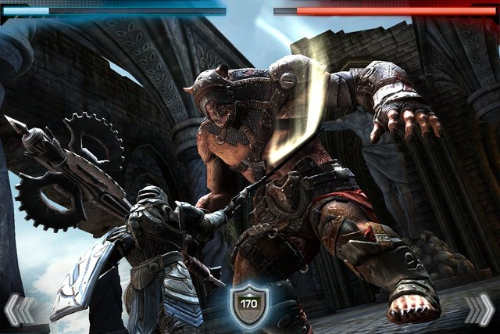 I actually enjoyed the original Infinity Blade quite a bit, as you can see here. Really, the overall experience is similar in the sequel, but it does address some of my concerns from the original along the way.

The way the game plays reminds of the old Nintendo Punch Out! games where you square off with an enemy and have to watch and learn their attack patterns. You can then dodge, block or parry them into a dazed state where you can then unload a series of quick attacks. It even feels like the fights are broken up into rounds, because when you do enough damage, your opponent backpedals through a brief cut scene and then varies up their attacks a little. There are a few other twists that help keep the game fresh, like a built-up super attack and magic spells activated by first filling up the gauge and then drawing out their basic symbol on your screen. Sometimes you heal yourself, other times you are hitting your opponent with elemental attacks.

There are some interesting RPG aspects to the game as well. You earn experience and gold, but your gear also earns experience – not just your player. When a piece of gear reaches its level, it bestows an extra stat point onto you and becomes worth more when you sell it – thereby helping you finance the purchase of even more and powerful gear. 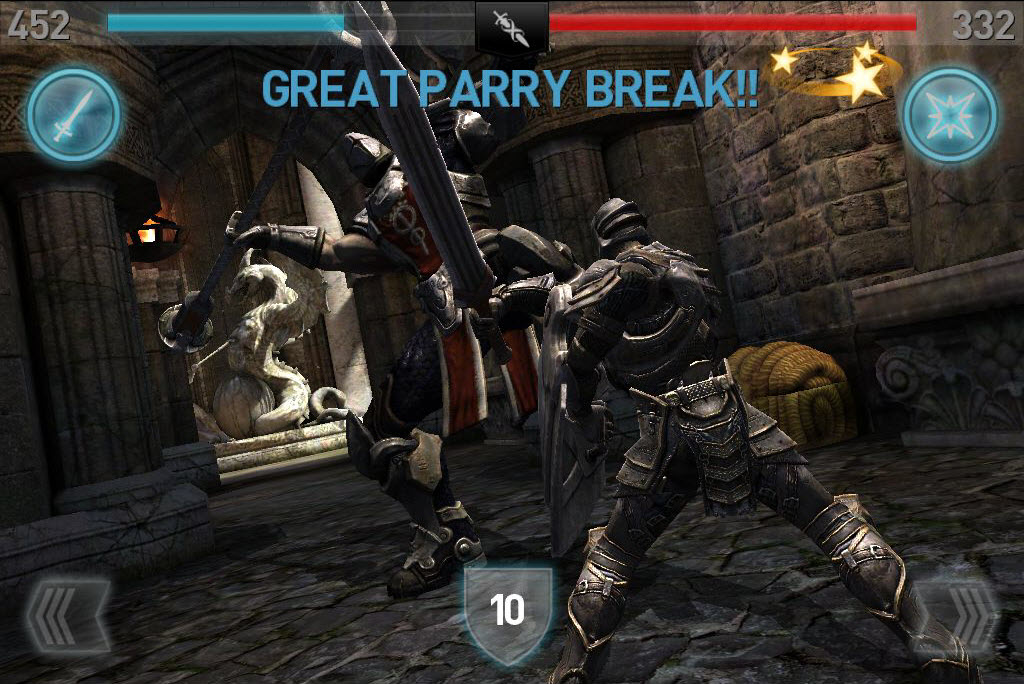 Probably two of the biggest complaints stemming from the first Infinity Blade were that the locales and enemies you fight tend to be quite limited. These have been been expanded on – I would say more than three or four times the enemies and locations of the first game. You can still search the environment as you move about, picking up random bags of gold coins and healing potions. As you gain stats and better gear, you can deal and take more punishment during your battles – meaning you do not have to be quite as precise to win.

The story is pretty hard to follow. The first game’s tale was far from amazing (though I have to give some props to what I think was the coolest review of the original Infinity Blade ever, over on Kill Screen. It is somewhat interactive, with changing text as you advance from one generation to the next. Kind of neat). That being said, when you die, you get to restart the quest with your prior gear and stats. That sort of continued progression serves as a pretty meaty hook for keeping you going back for me, leveling more, improving your gear more. Each fight only takes a few minutes to finish, and whenever you quit, you come right back where you left off, making it ideal for portable devices. I played this on both my wife’s 3rd generation iPad and my iPhone 4 and it ran beautifully on both of them.

The production values are excellent and the little pieces of RPG elements keep me coming back and playing it again. A quick, light review, I would say this is probably an 8 or 9 out of 10 for me as it is a game I just keep coming back to over and over again when I am on the go and have a few minutes to kill. 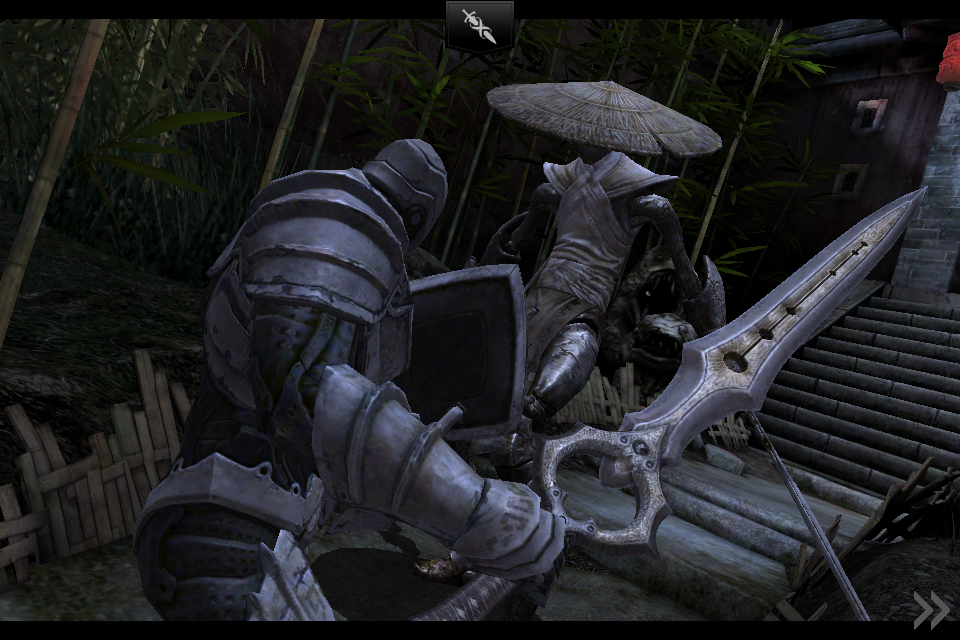