I have been playing Tekken games for a long time, but I have to say I appreciate the fact that Namco Bandai has been among those companies trying some new things with their established properties. While Tekken Tag Tournament 2 was a solid release last year, the Hybrid title that came out prior was interesting in that it had a preview for part 2, and HD remake of part 1 and an animated movie all in one package. 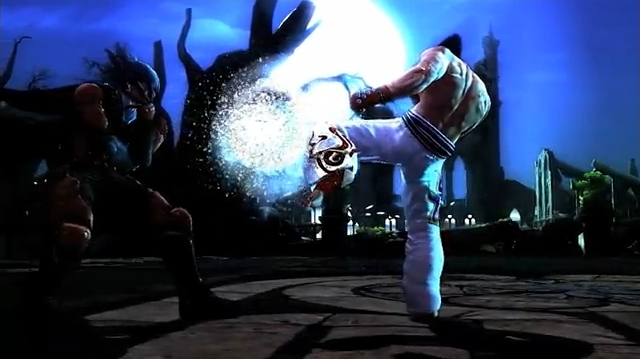 They also had a crossover with Street Fighter and somewhat recently released a rock/paper/scissors-like card game for mobile devices called Tekken Card Tournament. About the same time that it was announced Dead or Alive would get a limited, free game release over in Japan, Namco Bandai announced that Tekken would also be seeing a free-to-play release on the PlayStation Network.

This came out last Tuesday, and in my time with the title feels more successful than a couple of other free-to-play offerings recently put out on the PlayStation Network (I am looking at you, Dust 514 and Spartacus Legends). 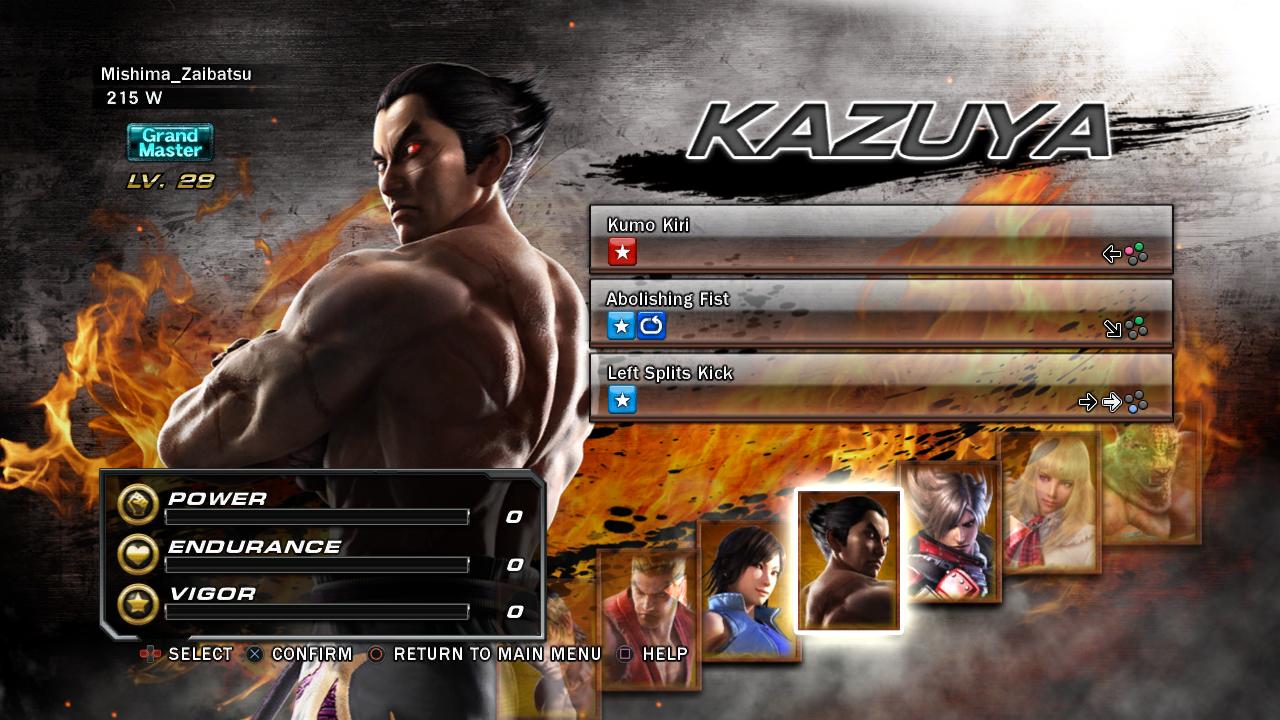 The premise is that you download and play this game for free, gaining access to a surprisingly pretty and fluid fighting title with a much more limited roster than most Tekken fans are used to seeing. There is an Arcade mode, that stands as the only real single player experience (Bandai Namco has promised updates in the near future, including things like new characters and a training mode). There is no local co-op. The meat and the potatoes of the experience is an online system where you square off against other players in ranked and lobby matches.

The connectivity seemed pretty good – I never had any significant lag issues, and the matchmaking generally did a good job finding me opponents roughly as good as myself, though it sometimes took a good length of time to access the matches. There is a sort of progression system built into the game as well, serving as an additional hook for players. You can level up through the matches by earning experience. Doing this allows you to put points into your fighters – Strength (damage dealt), Endurance (health bar) and Vigor (odds of dealing extra-damaging critical hits). You pay for this with both Fight Money and Skill Points, both of which can be earned over time – but it is a very slow slog. This is where the monetizing aspect comes into play, as you can buy up improvements for your characters. 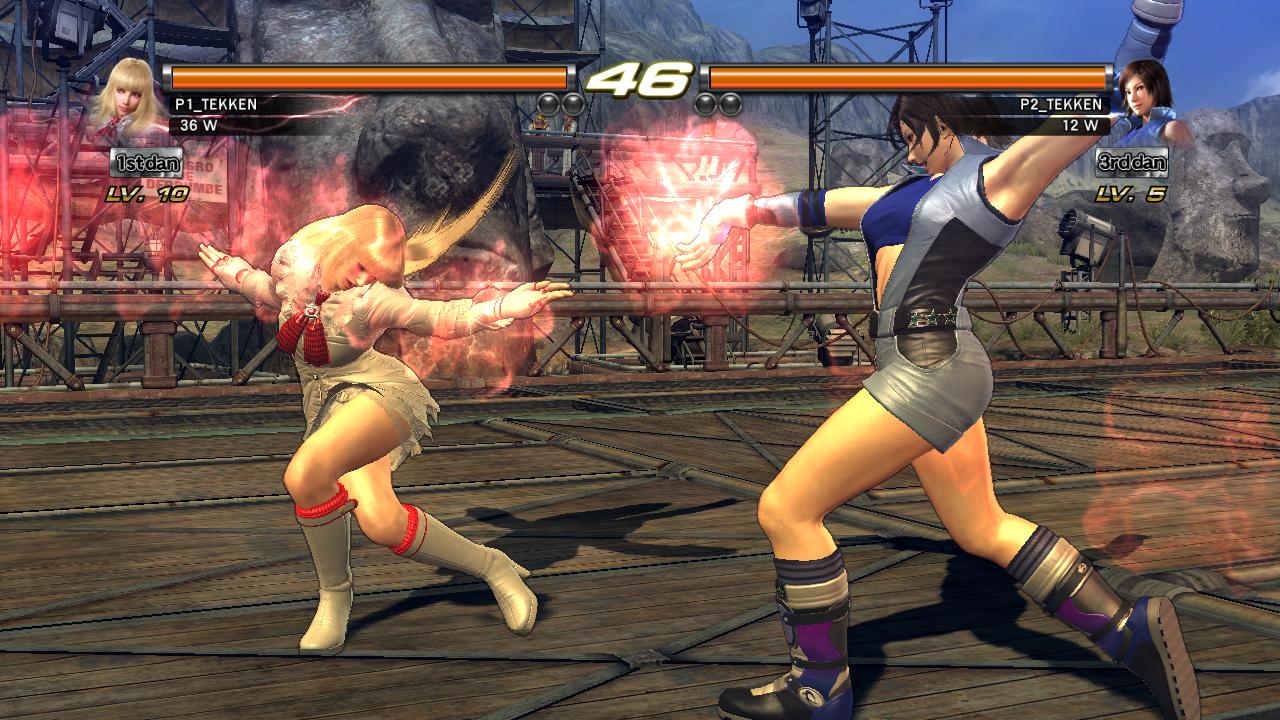 Playing different modes uses up coins, which serve as the stamina or timer mechanic found in a lot of mobile free-to-play games. You can of course buy recharges for those too, or just wait out the process until they refill naturally over the ensuring couple of hours. This is probably what Spartacus Legends should have been. Connectivity is not a problem, the combat is pretty solid and there is an interesting sort of RPG/leveling mechanic in there to keep you hooked. I have not yet had any problems connecting to the server to play, and have not had any disconnects during my matches.

That is not to say the package is perfect. My son, who has always said in the past he is not much of a fighting game fan (something I refuted to him recently when I pointed out the string of fighting games he has spent time with this last year or so) has been playing this quite a bit. It pains me to say it, but he might even be better than me at it. However, he has found that some players just spam the same two or three moves, and those who have dumped tons of money into their power on top of that, are quite hard to beat. Again, this gets back into the ‘hook’ that has Namco Bandai hoping players will spend some money to gain a competitive edge.

That said, this game is not going to replace a full-blown retail title like Tekken Tag Tournament 2. But it does create an interesting diversion for brief periods of time. I refuse to drop actual money into games like these, but I do not mind logging in for twenty minutes on a near-daily basis, earning a few perks, running through a few matches, and then going on my way until tomorrow. Considering that aspect is free, and that there appears to be a decent community behind the game – at least to start – this makes it a bit easier to recommend than Dust 514 or Spartacus Legends so far, and would probably be about a 7 out of 10 in my mind.

How the game ages will depend on several factors, such as Namco Bandai’s willingness to keep adding new features, and the availability of a reliable online experience. As soon as the community begins to dwindle for something newer and shinier, I find myself wondering if this game will continue to function at such a high level, or if all of the old-timer players with super-powered characters will ‘scare off’ any potential newcomers? Only time will tell. 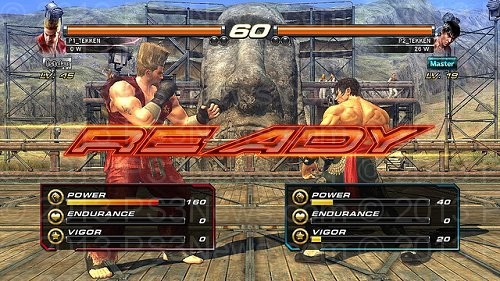