comments Share
You are reading
R.I.P.D. The Game – PS3 Review

Generally games based on movies crash and burn in glorious fashion. The movie R.I.P.D. has already been getting beaten up as a half-hearted ripoff of Men in Black and Ghostbusters. So obviously a game based on the movie is going to have some concerns – but still the subject matter seems full of potential as shooting undead (or in this case, Deados as they are referred to) works for plenty of other gaming franchises. 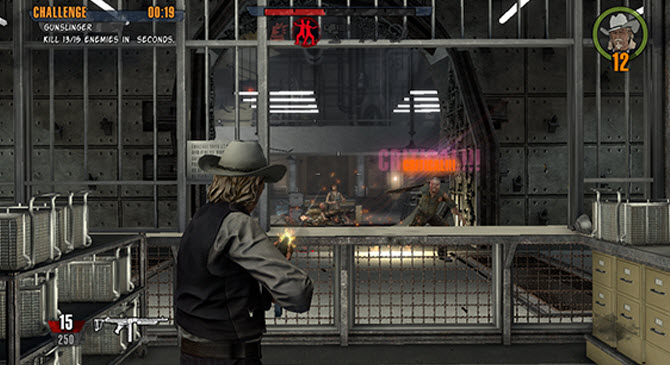 Unfortunately, while the game does deliver on that premise – you do get plenty of zombie-shooting action, it falls short in several other areas. The most notable problem I had was the game’s overall structure, which requires two people play the game together. This in and of itself might not be bad if there seemed to be any sort of community behind the game, but I spent over an hour one night, and forty minutes another day, waiting for someone, anyone to play with me.

I eventually roped my son into it from the other room, and then later I found quite a few games on a Monday evening. Amusingly, those were all with the same guy. No one else popped into my queue during those several hours of play. That is the crux of the issue – you have to play with someone, or you cannot play at all. You can do a LAN connection to another system for local, or you can play online – assuming you can find anyone to play with.

The game is clearly structured with all of this in mind. Before you start the game, there is a betting system where you and your partner try to whittle down to a single sort of bonus contest (who gets the most kills, criticals, etc) for a bonus at the end of the match. You then battle through several waves of Deados (not unlike other horde or wave based games like Gears of War) until you take down a sort of boss Deado at the end (whom you can arrest by standing next to him like a checkpoint item from Mass Effect 3) or execute him. When all of the combat is said and done, you collect money which you can use to purchase new weapons – or upgrade existing ones. This is the game’s primary hook, and it works for a time, but the gameplay itself does not do enough to keep you coming back. 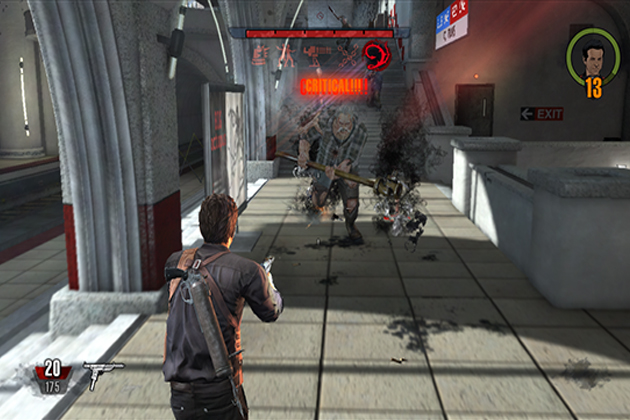 Melee hit detection is sketchy at best, and while firing mechanics work, they are a bit loose at times. Characters move more like trucks than nimble hunters, and there is no cover system – just a diving roll to get you out of trouble. There are some power-ups you can earn through combat, such as a sentry gun or the ability to drive spiritual spikes through all opponents near you, and these do help to at least provide some variety.

Given that the game is a downloadable only, and runs just over a gig in
size, the visuals are not too bad. That being said, there are a lot of
gamers who have been saying that R.I.P.D The Game is just a re-skinned
God Mode, and there seems to be some merit to that opinion because there are quite a few similarities. Basically, I had low expectations for R.I.P.D. going in, and sadly – they were pretty much met. I would score this about a 3 out of 10. 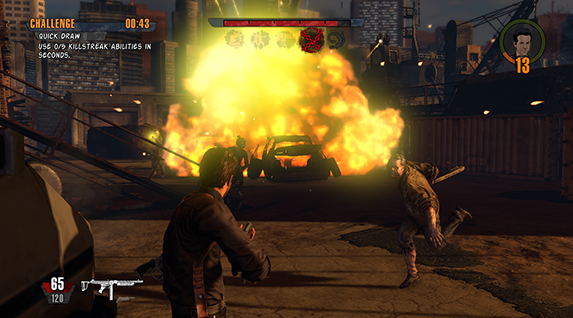