Having just spent the last three month playing Atlus’ Persona 4 Golden on my Vita, firing up Shin Megami Tensei 4 immediately felt a little familiar. Combat is initiated by swinging with a button press – if you connect you get to do a bit of preemptive damage, but if the opponent strikes you first, there is a chance they get to go first in combat. 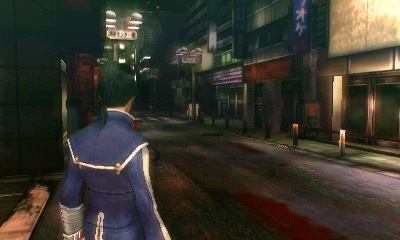 Outside of the way combat is initiated and how you are working with demons, bringing them over to your side and combining them to create new ones also felt familiar. In fact, a lot of things about Shin Megami Tensei IV felt familiar, which had the potential to be both good and bad. I love RPG games. Grinding for experience, building up better stats, turn-based combat – all of these are JRPG staples that can be both comforting, but also leave you wondering what new mechanics are coming to the table as well.

Right off of the bat however, SMT4 struggled to make a good impression. The story was odd and a bit confusing, characters were not terribly interesting, and it was a good long while before I had a chance to do any combat. Once I did, I found myself dying from one hit kills a surprising amount. I was determined however, to stick with it and see what the game had to offer, and in doing so I found a very entertaining game hiding behind a disappointing initial experience. 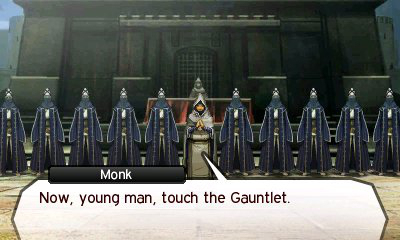 I like the visual style quite a bit here. Characters and cinematic scenes look sharp, and while the environments could use a bit more variety once you enter the overworld map section of the game, at least the dungeons have excellent detail. The 3D effect is strong in SMT4 – it is one of the few I did not play with the 3D slider up all of the way. I probably kept it about two-thirds. That being said, the effect is used well, from providing depth while wandering a dungeon to smaller things like all kinds of different layers in the menu.

All of that being said, the demons – while often unique in appearance – are really not all that interesting. Many feel like rehashes from earlier games, and there is no animation on the screen to speak of. The demons just sit there lifelessly with combat effects smacked on top of them during fights. In fact, the game itself does not have a lot of animation, which is a shame because the system can do better than that. 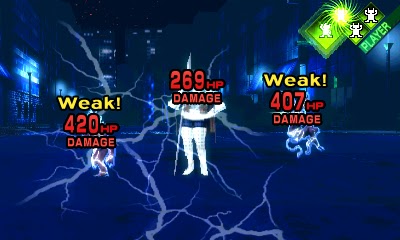 There is some good voice acting to be had here, and the sound effects are just varied enough that I seldom felt like they were getting too repetitive. The music however, was a standout from my perspective. There was a good deal of variety in the types of music, and all of it was done rather well. As a footnote, this game only comes in a $50 version, bundled with an art and strategy book, as well as a CD with selected songs from other SMT titles over the years, which was a nice little bonus. 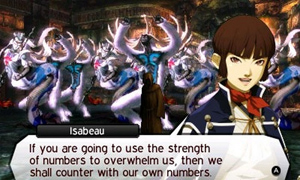 The menus are easy to navigate, and access to the dungeons is handled by a strange but simple combination of overworld map and selecting destinations from a menu. Once you are in the dungeons, things can be a little bit more fickle, as timing your preemptive strike can be a bit frustrating right at first, and the camera controls rely on using the shoulder buttons to swing things around. These two items can combine to create some nasty advantages for the opposing monsters who can often pounce you before you are ready to do something about it.

Additionally, the difficulty can be a bit frustrating. It took me until about ten hours in to get comfortable enough that I was not often worried about one-hit kills. These can come in a few flavors – both from instant death enemy skills, or just them doing ridiculous amounts of damage in a single shot. Once you lose a couple of times, you unlock the option to play at an easier level of difficulty, which does help – but I still recall one fight where I was about six levels higher than my opponents, full health, my four against their three, and they got the preemptive strike and wiped me out before I got a turn in. Those moments can be a but frustrating.

Luckily combat itself, leveling and party management (acquiring demons) are all fun. 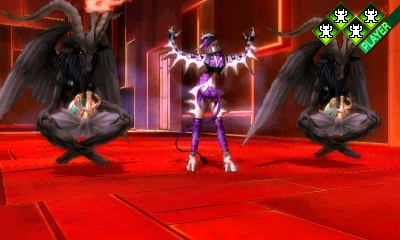 The combat system is actually quite interesting once you get familiar with it. It it turn-based, but those turns can shift around a bit based on whether you are getting critical hits or nailing an enemy’s weakness. The same applies to when the demons are striking your characters as well. Gathering and combining for new demons is very satisfying, and you use a sort of discussion tree to try and convince demons over to your side during combat. Leveling up boosts not only your character, but your demons as well. This unlocks new combining options and teaches then new skills, which they can in turn teach to you. On top of all of that, there is a perks system that uses something called App Points – and you get these every time you level as well. The campaign is pretty decently sized as well. You can spend a couple of dozen hours or so just going through the main story and ignoring side quests, or blow about fifty to sixty hours if you want to do every last thing. 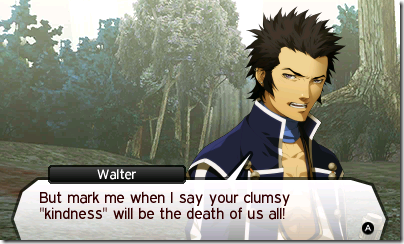 The characters just never really resonated with me, which is a point of concern when you are playing something like an RPG where story and characters help to drive so much of the action. Thankfully the story itself was pretty cool, with a handful of good twists inserted along the way. The various systems SMT4 has in place are the real standouts however, compensating for a few frustrating gameplay elements and a somewhat clumsily handled introduction. 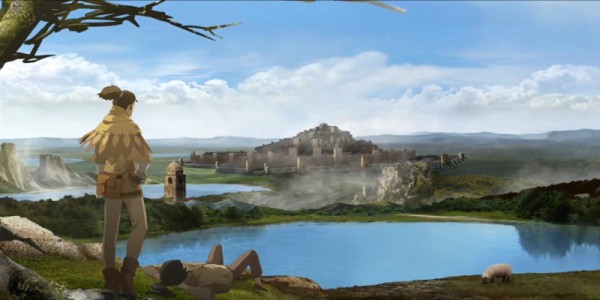