comments Share
You are reading
Time and Eternity – PS3 Review

So just a quick footnote, but I finally crossed 200,000 views in total last night. Thanks for all of the visits, everyone. Hard to believe how things have turned upward from maybe 5-15 visits a day to 700+ a day. Now, onto the review…

There is a frustrating feeling I get with games at times, like movies or probably any other entertainment media, where you feel like there is a good idea really fighting to get out – but for whatever reason it does not quite get there. Sometimes it is talent, sometimes it is a particular bit of direction – a game mechanic, the way the animations look, awful music – that derails the process. Other times it is a lack of budget or being constrained for time. 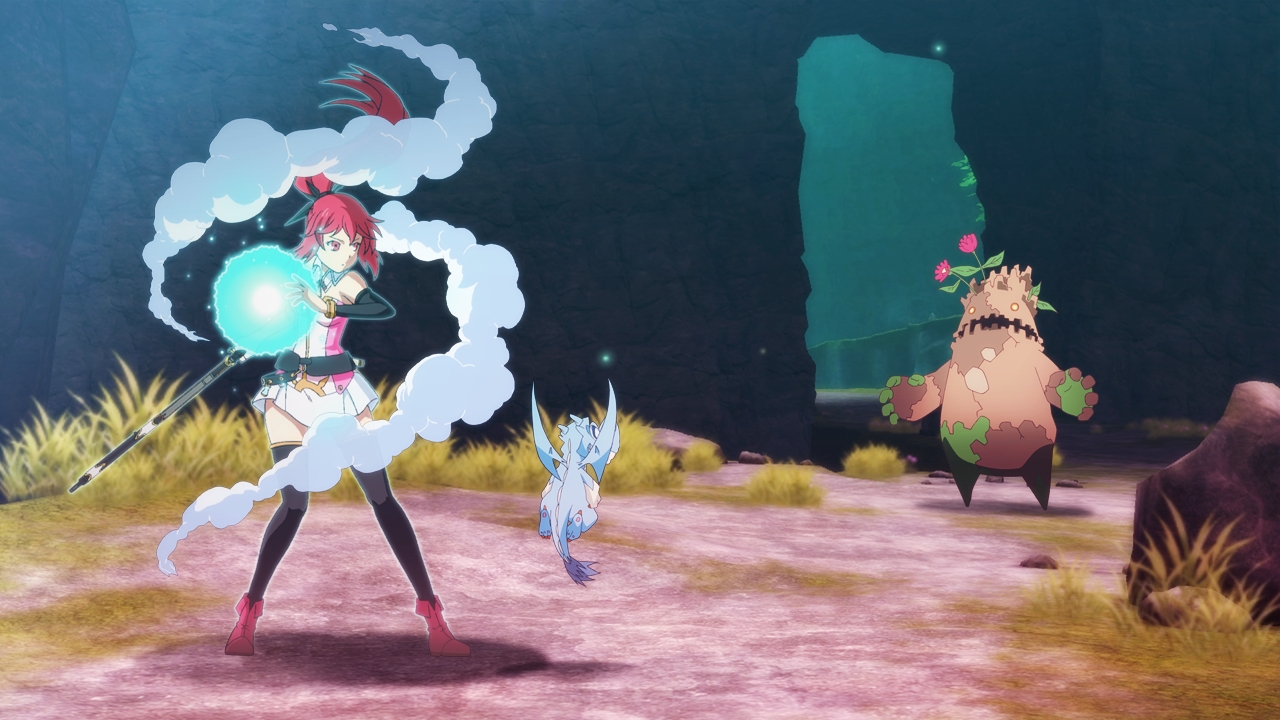 I am not sure if any of these is actually the problem here, but Time and Eternity feels like a game that could have been really good, and instead has to settle for being decent in my mind. I enjoyed it well enough, but it just never quite connected all of the dots though – and I do not know why.

For starters, this is a very Japanese RPG in that you have anime graphics, sometimes goofy voice work and plenty of dialog that can be both amusing or eye roll-inducing depending on your tastes. The premise is interesting in that you are actually not the star of the game. You creature your character, but wind up becoming a sidekick to the main character – a woman with two souls in one body. Thankfully you are not a silent, basically invisible sidekick like in the White Knight Chronicle games – though at times I suppose I do wish my character was not speaking during some of his more boneheaded moments.

The heroine with dual personalities bit is actually a neat idea. Every time you level, you switch from one to the other. One is a gentler, more passive personality who prefers ranged combat and leans on fire and earth magic. The other is a more direct, melee character who uses lightning and ice magic. You can equip them the same or independently of one another, and they each have branching skill trees. You can find items that permanently boost stats – and you have to decide who to give them to as you try to work through the story of who is trying to keep your wedding from taking place. 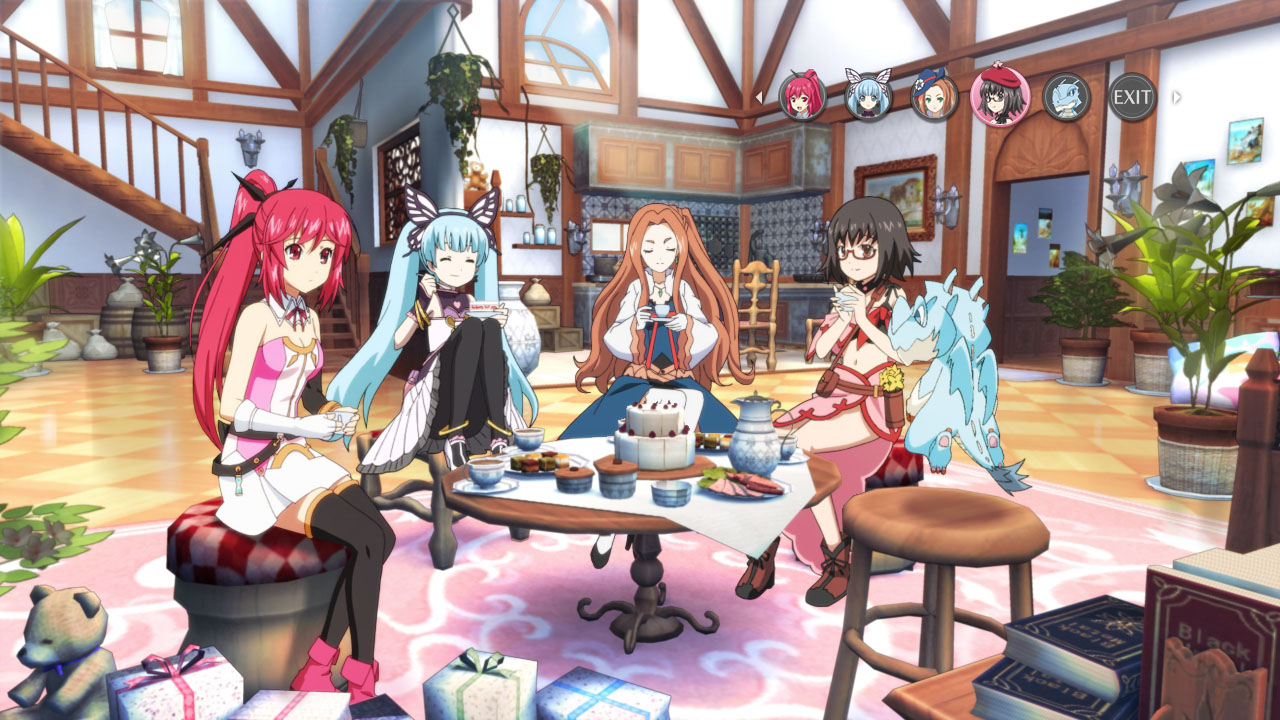 So, I am very much the opposite of most people here. To say the visual style is distinctive is an understatement. You have these 2D anime characters who have this clean, hand-drawn look to them placed against a sort of vividly colored 3D environment. It is a less jarring effect during the conversational scenes in a city than when you are wandering around your environment. My son kept referring to the backgrounds as a bizarre Photoshop job. I have read accounts from people online who almost describe the effect as sickening. So here is the thing – I actually did not mind it at all, and very much enjoyed the character designs for the most part. The biggest problem I have with the characters and cutscenes are that they are very poorly animated. The framerate is quite low, and it has a sort of herky-jerky effect at times as characters go through their lines of dialog while roughly transitioning from one pose to the next. 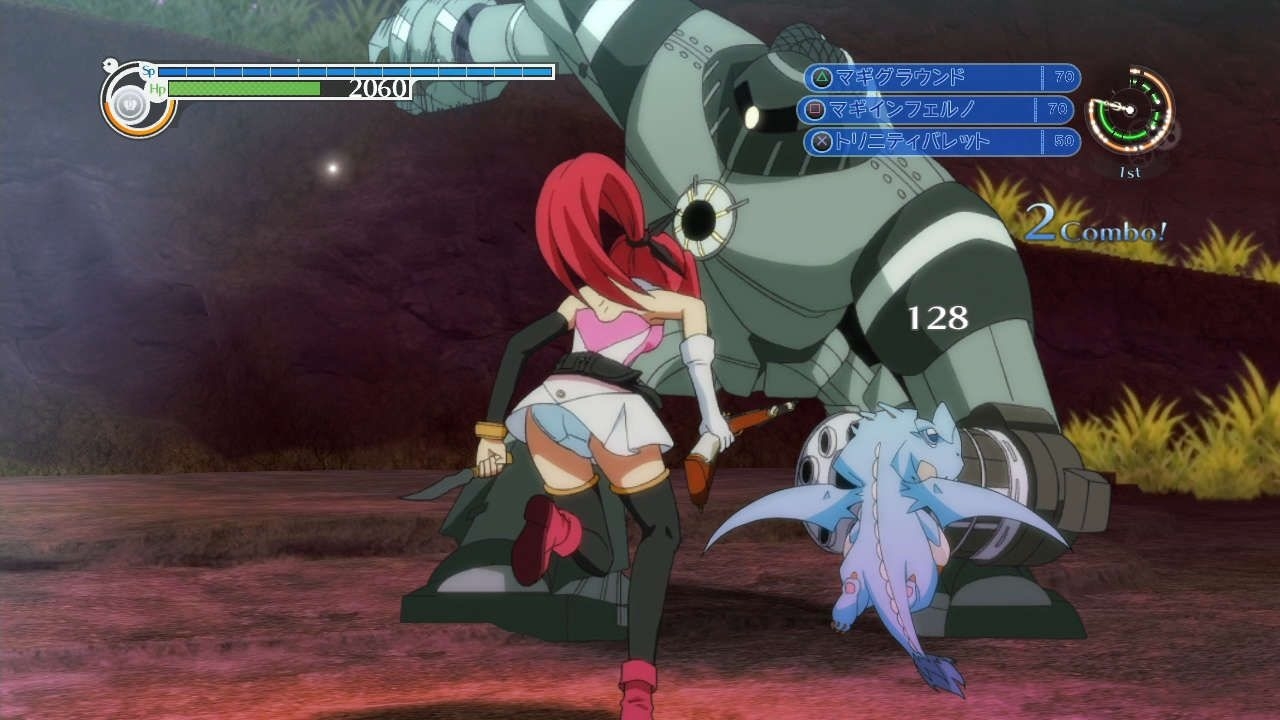 The voice acting is alright. The tones of the characters will rub some people wrong – they have that sort of higher pitch often associated with anime voice work. Not all of it is bad though. In fact I really liked the voices of both Toki and Towa, the main protagonists. There is a lot of dialog too, though it is odd that only the main story sections have it. Side quests do not, and it is sort of jarring the first time you start a side quest and have silent characters after a very long introduction period (roughly half an hour) that was fully voiced.

The game has several spoken languages, which I suspect account for much of the game’s 14GB installation size (yikes!). The music is decent enough, but highly repetitive. I was hearing a lot of the same tunes twenty hours into the game that I was at two hours in. There are only a handful of prominent sound effects, with attacking being the most common. The sound of you rapidly shooting an opponent who has their guard up is pretty annoying – and something you will hear about a million times before you are done. My wife actually made me turn the game down a couple of times because of that sound. 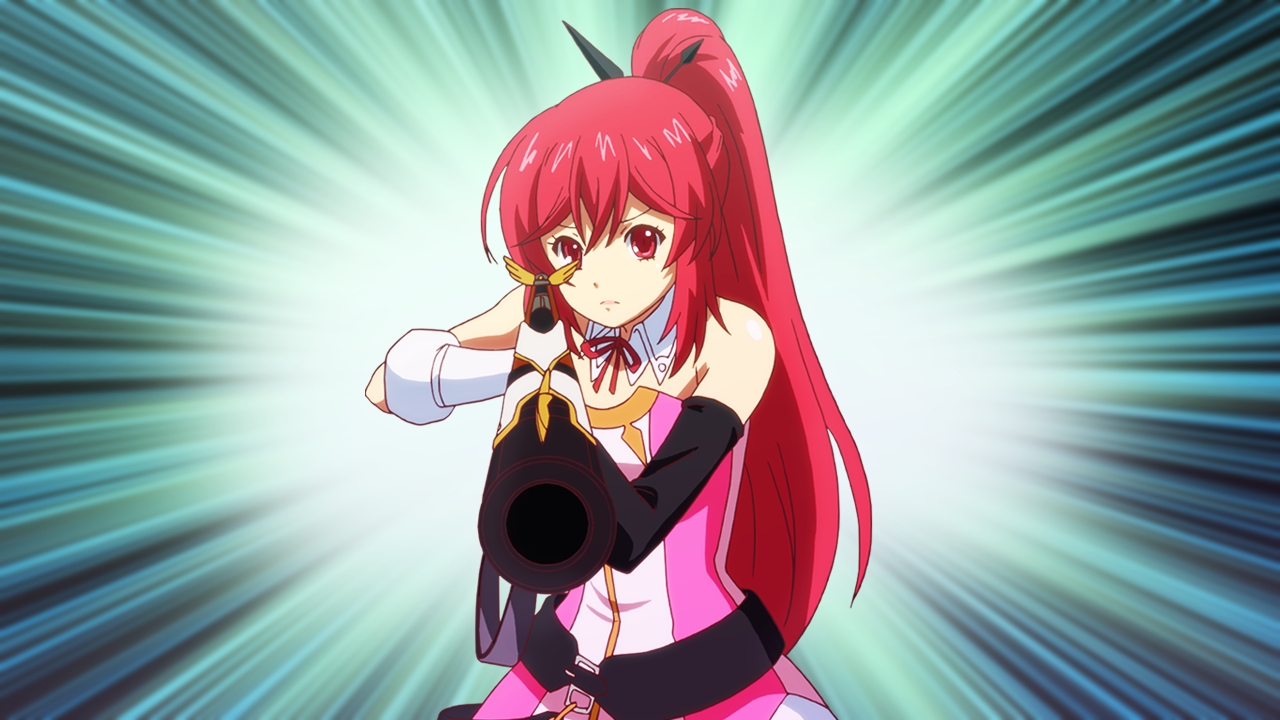 Combat is actually fairly interesting at first. Unlike many JRPG titles, this one has a more active combat. Things still more or less function on a timer of sorts. As you perform actions you gain SP points, which let you cast powerful spells and skills. Each fight is handled in a one-on-one sort of format, where memorizing attack patterns and dodging/countering are the primary mechanic (earning some comparisons to Punch-Out!! in the process). You do learn some nice time manipulating spells you can use to vary things up, rectify mistakes or give you a keen edge in a big fight. Unfortunately it does become somewhat repetitive, and frankly it is a bit easier for me to handle repetition in a turn-based strategic combat than one requiring reflexes.

Quests are stored in the menu, you have an overworld map marked with points of entrance and the zone maps show you just about everything you need to know about where treasures and quest objectives are located. To some this may make the game a bit easy, but considering how large the map designs are, it comes in handy for navigating a zone. Even if you die, combat is pretty forgiving – letting you reload from the start of the last fight, if you would like. 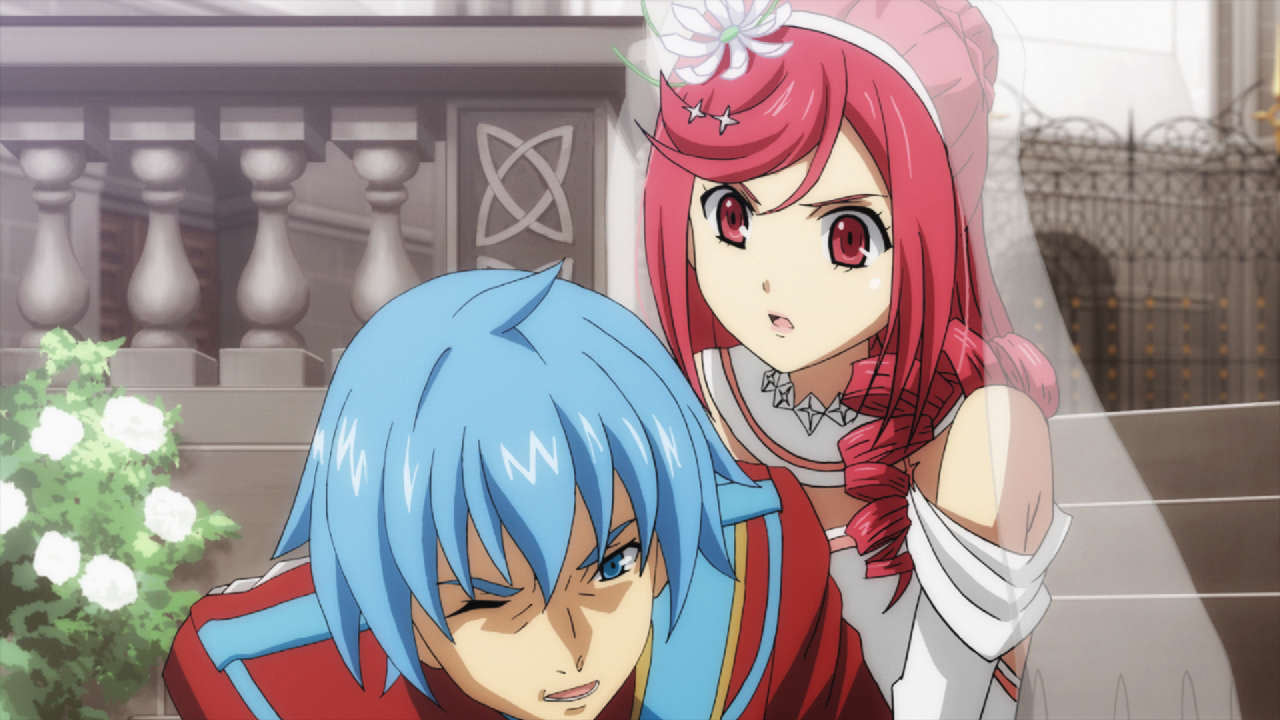 The characters are… well, I do not know how to describe them. Most of them were pretty unlikeable to start. The heroine and her dual personalities appealed to me, but my own character annoyed me to start. Over time, they got better – but I had a hard time getting invested in most of them, which is a problem. Crazy dialog and character antics abound, and a person’s mileage will vary depending on whether they find these things funny or groan-worthy.

Frequent save points, generous combat checkpoints and fast-travel warp stones are conveniences that make the game feel decently paced, if overly repetitious. That repetition does not apply to just the combat and sound effects, but the enemy models as well. Quite a few of them are of the color pallet swapped variety, which creates a lack of variety there as well.

Thankfully the story, like the characters, gets better as you continue through the game. I also enjoyed leveling up the heroine, choosing skills from her tree of abilities and then customizing her skills for combat. The dialog is not a total loss either, despite my comments from before. While there are certainly some hammy, almost odd moments, there are some where some genuine emotion comes across and the characters actually show some decent perspective. 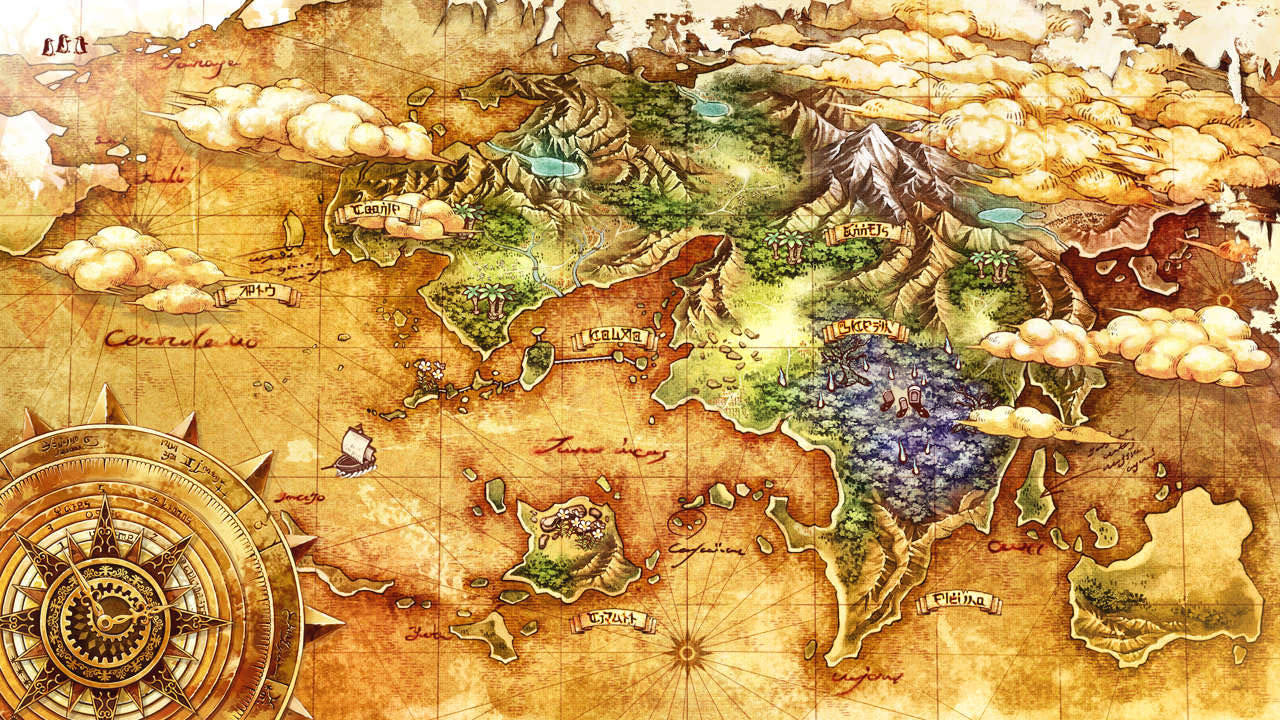 Here is the thing though – it feels like the game is still something more than the sum of its parts. I enjoyed it mos of the time, it provided me with about thirty hours of gameplay and I could appreciate the ideas behind the main character(s). It is a tough game to recommend to most people – like Record of Agarest War, I know Time and Eternity is probably going to be seen as very niche, and unlikely to appeal to a wide audience. However, despite is handful of flaws, Time and Eternity appealed to me more often than not. 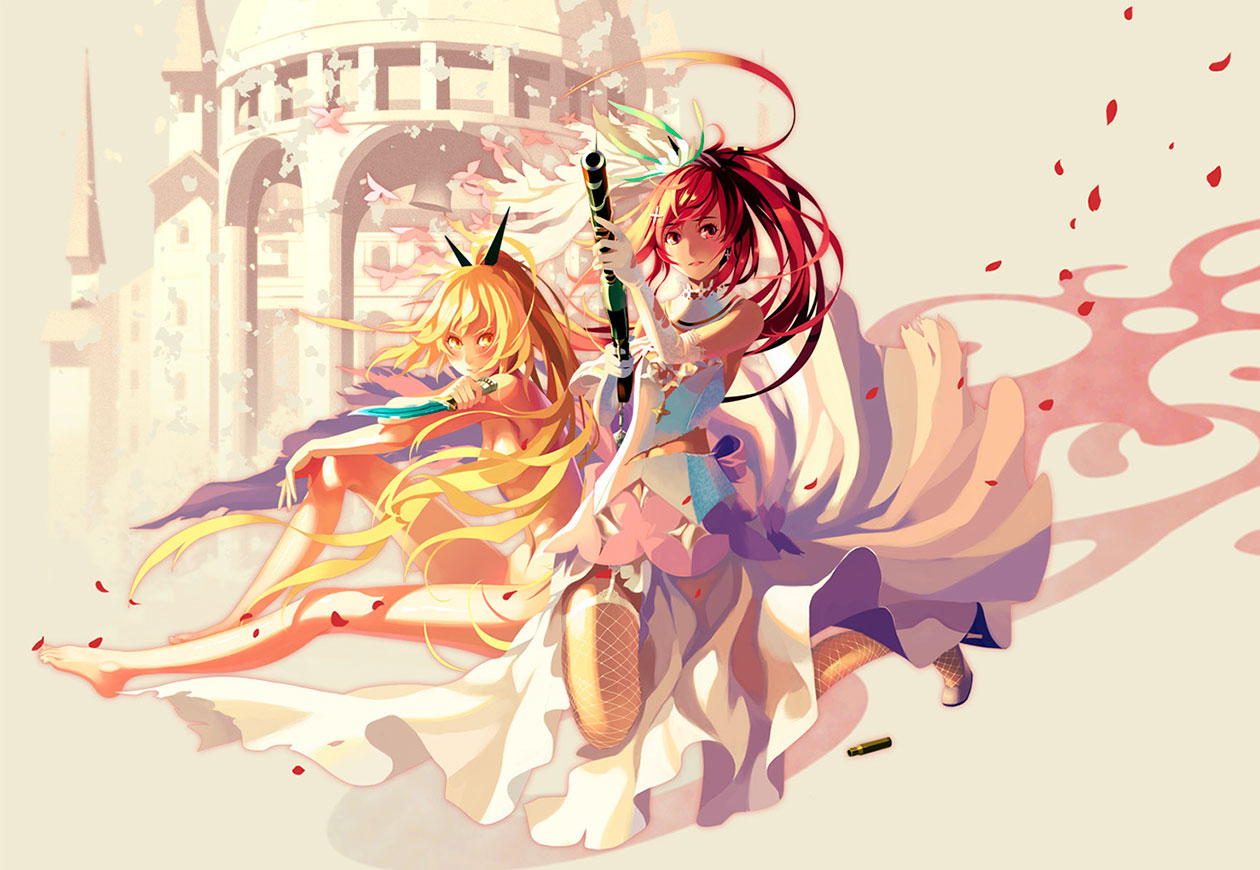