Licensed games have a really rough history in the video game industry. E.T anyone? But every now and then a few of them get it right, and thankfully Batman: Arkham Asylum is a great example of a well-known character being treated right. I have owned it for a while now, but for whatever reason I never sat down and played through it. I still have Arkham City sitting on the shelf next to it, but I promise it will be getting played sooner than later after having experienced Asylum. 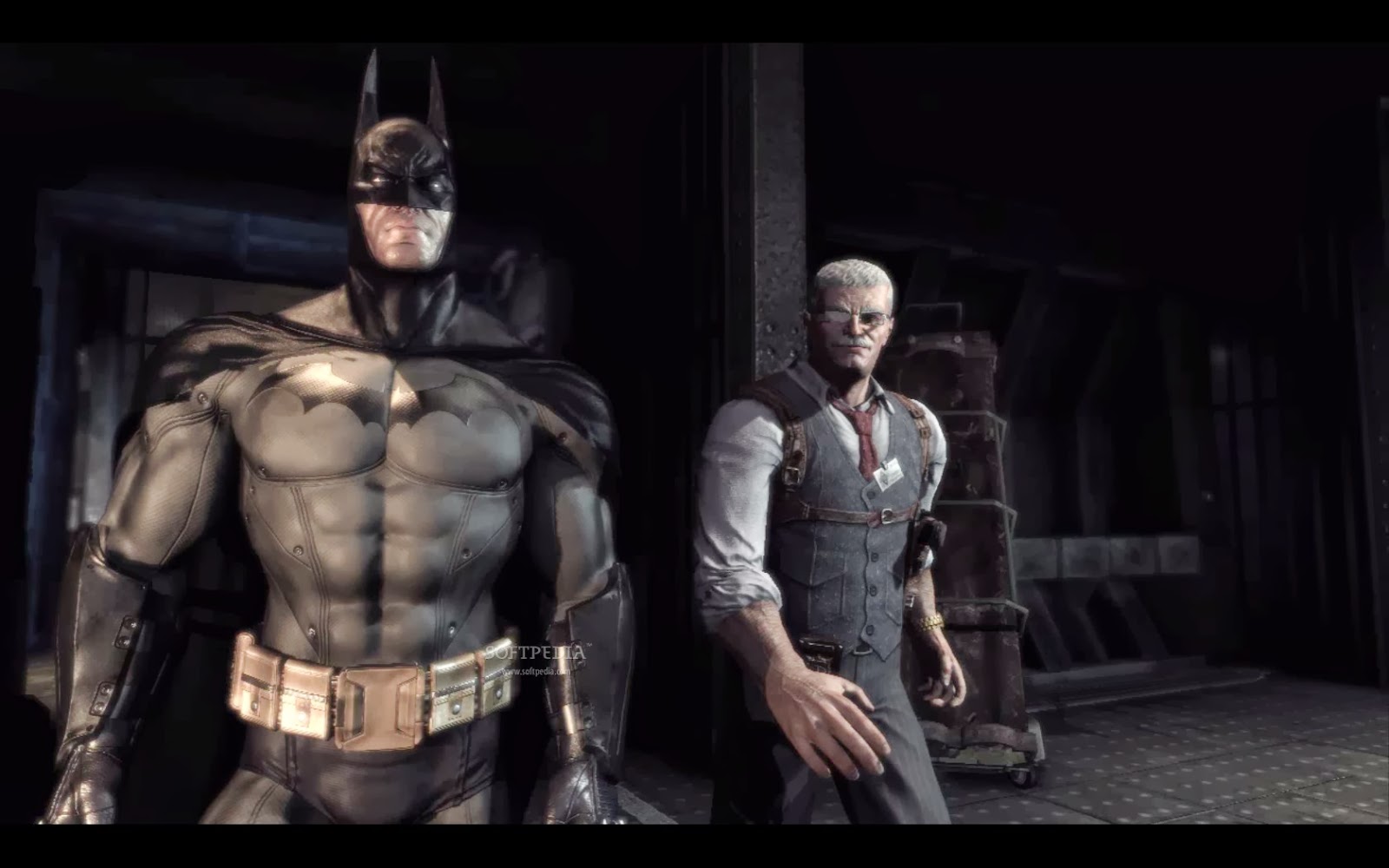 The premise is a great take on ‘inmates running the asylum’ – literally. Everything begins in almost cinematic fashion as Batman has brought in the Joker, who is being brought into the Asylum’s innder depths. That is when the Clown Prince of Crime escapes and it becomes quickly apparent that this is part of a much bigger scheme he has been working on for quite some time.

The game is a mesh of several genres, visually presented in a (mostly) third person view (though things do take on a first person view in a handful of instances). It mostly qualifies as action, but there is a good deal of strategy in how you approach the action, lending itself to some heavy stealth scenarios. There is experience earned and unlocked skills, making a nice nod to the RPG genre. There is also plenty of puzzle-solving, as both optional side riddles and as part of the primary quest. 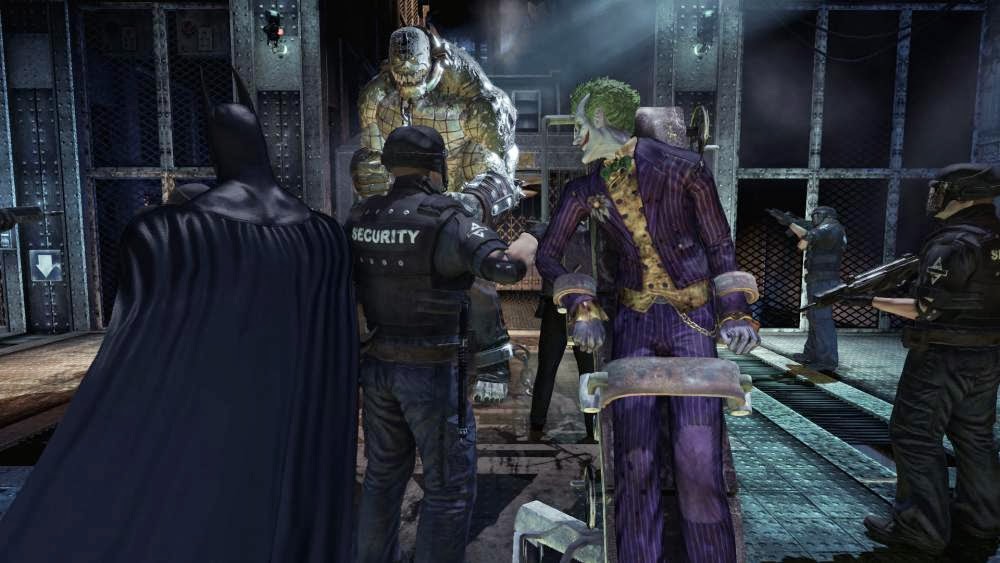 I do not particularly love a lot of the character models, to be honest with you. They look chunky and a bit off at times. The slow motion effect during the last strike of combat often ‘misses’ the target you are laying out (visually at least. Your opponent still ragdolls all over the place, even though your spinning kick misses him by several inches). The environments are what really save the visuals for me. Arkham is a dark, spooky, but often very ‘alive’ place, with tons of movement and really interesting lines of sight. There is a ton of detail that went into the environment and it shows up wonderfully. 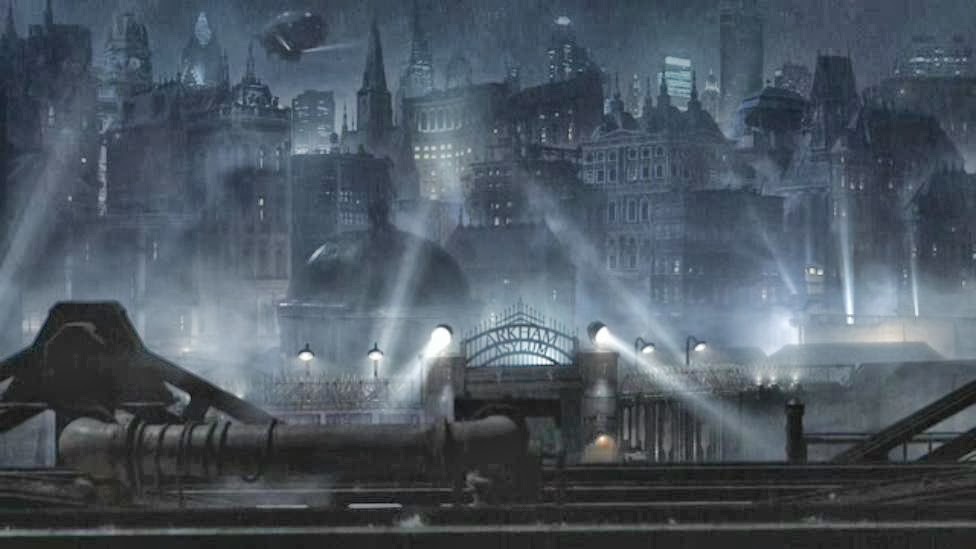 Kevin Conroy and Mark Hamill get most of the recognition here, and with good reason as their character portrayals are excellent. Other characters are also voiced with enthusiasm and conviction, while even the mutterings of random wandering goons helps you to understand what you should and should not do in a combat situation. It is incredibly entertaining to swoop in, glide kick an opponent, take him out and hear the other goons start to shout out warnings to one another. Then you grapple up out of the way and around the ceiling a couple of times and you can hear them chattering down below nervously once they have lost sight of you.

Add an excellent set of sound effects and an incredibly effective score, and you have a very winning audio presentation. 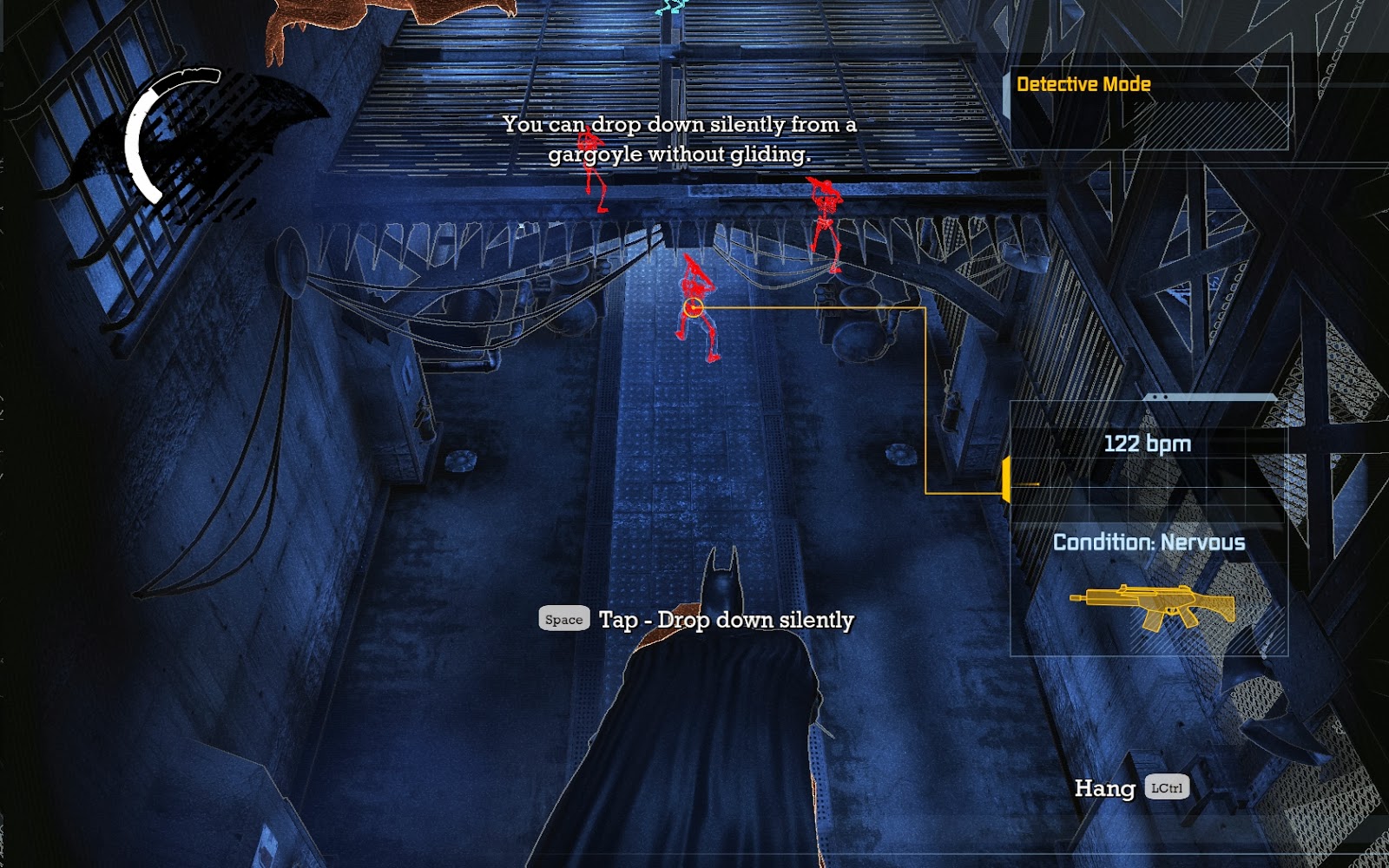 The combat is really, really simple. That makes it approachable, but generally not very interesting until the end of the game.  There are some new enemies that actually make you think a bit near the tail end of your adventure. Boss fights also lack variety as most of them feel like slightly different versions of the same thing until the last one. Generally Batman moves well, but sometimes targeting what you want to do in the middle of a lot of action can be haphazard.

Thankfully level design is generally excellent, the gadgets you can use as Batman are interesting, and the stealth mechanics work pretty well also. I enjoyed the experience point/skill system quite a bit as well. I have to give some huge props for the Scarecrow scenes and also the sewer one. Both created an excellent atmosphere of tension along the way.

Detective mode is a mixed bag. I like the puzzle solving aspects of it, but because it gives you so much good information, it is tempting to use it a great deal for the advantages it gives you in gameplay. The problem is, the view in detective mode is not nearly as good, so you lose some of the visual quality the game provides if you overuse it. 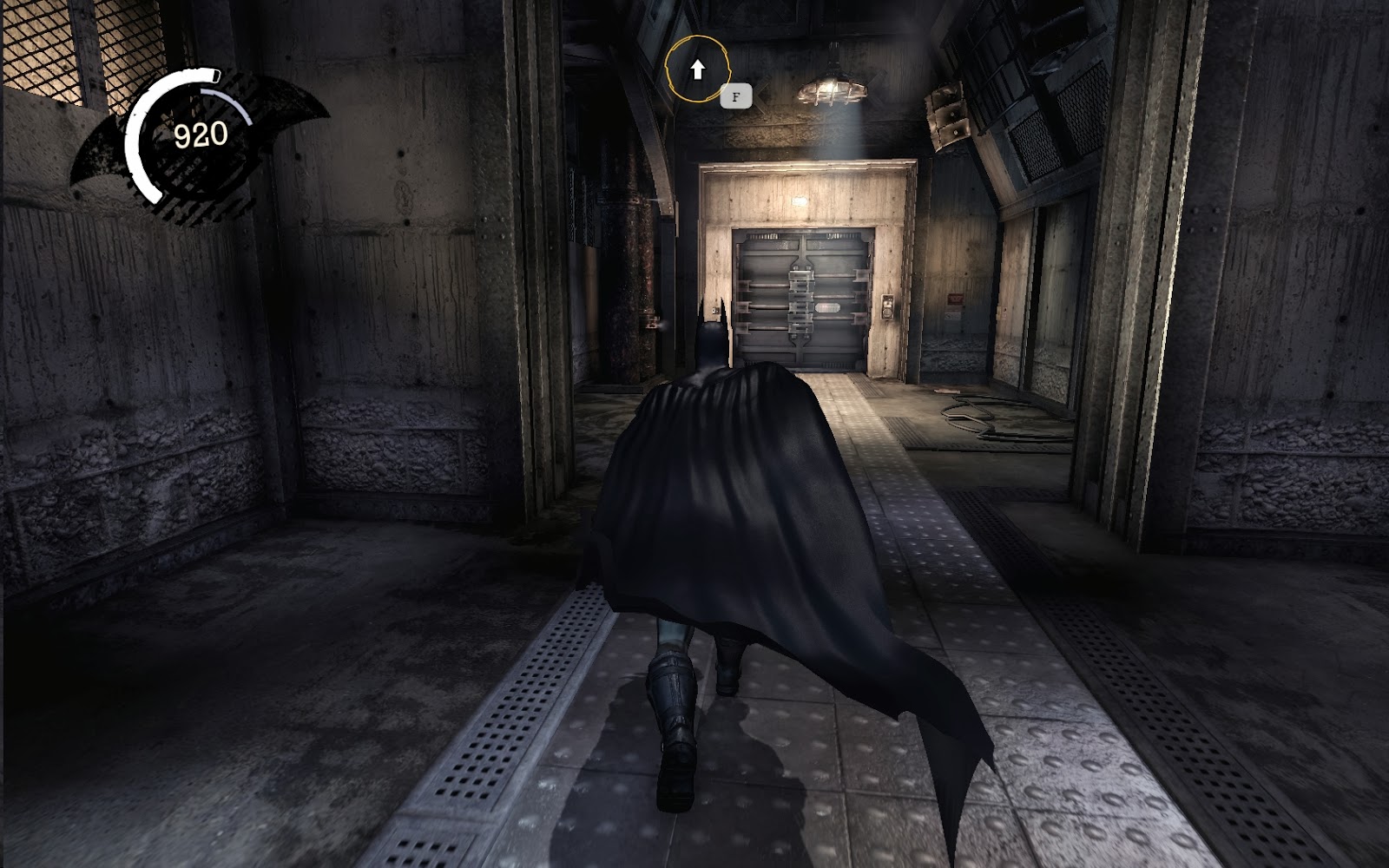 Not a terribly long game, in that I beat it in probably less than ten hours. There are a ton of riddles and various pieces of information like interview tapes with patience to track down if you like. They make for interesting back story on some of the characters, and once again the excellent voice acting helps to sell the importance of these. If the story was weak, this would be lower, but in fact it is so strongly written and acted that I really wanted to see the game through. 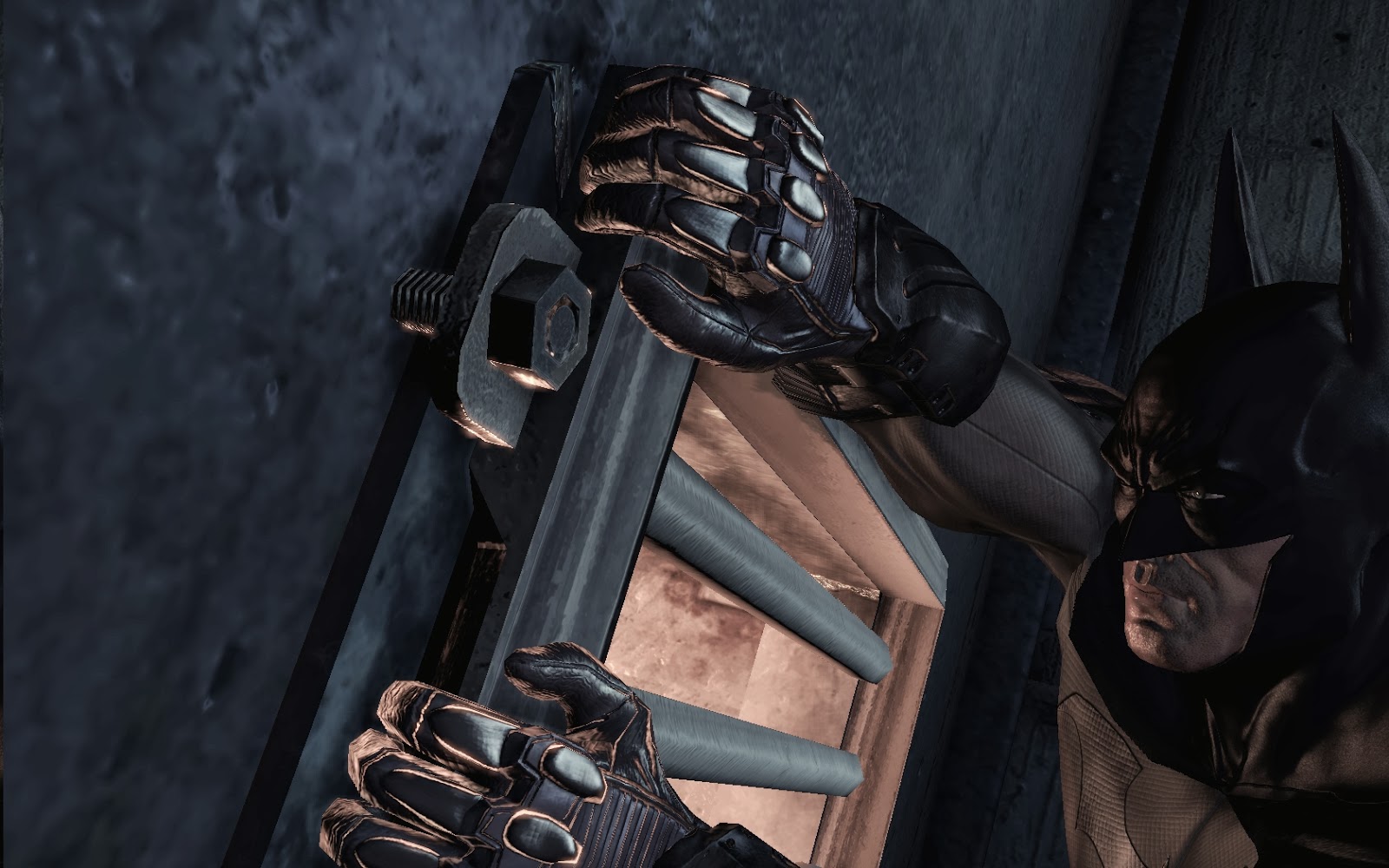 There is a lot to like here, with several genres of games being blended into one very effectively. The story and presentation are excellent and there is enough side stuff to keep you busy along the way. The game could be longer, but really it does not suffer for it’s relative brevity. This game really sells the Dark Knight’s grim world, while touching on many of his more interesting opponents and examining the character himself (especially the Scarecrow segments, which were probably my favorite). Pretty easy to recommend to fans of The Bat.