Girl Fight is not trying to set the bar for creative storytelling here, as it was obviously marketed to a very specific demographic. The permise circles around a collection of lovely women gathered up by a nebulous group by the name of THE FOUNDATION. These subjects are then virtually reconstructed in a device called The Mainframe, and these women are pitted against one another in an attempt to escape. 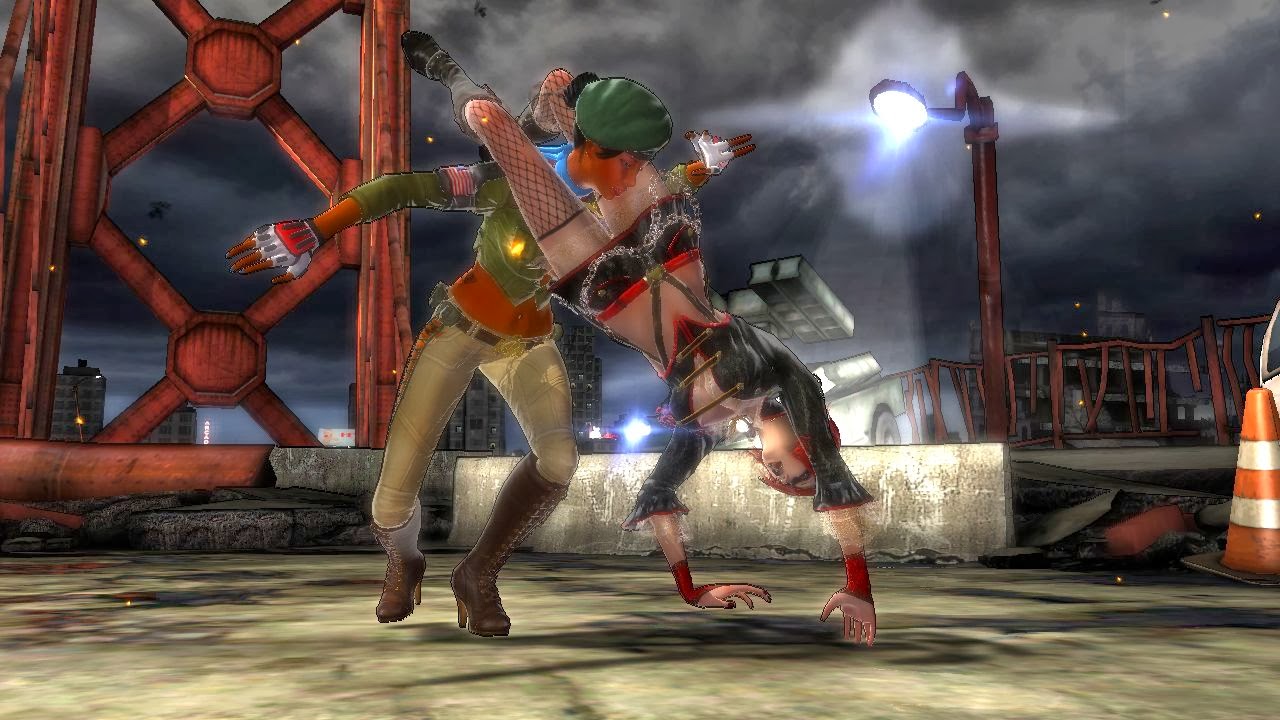 The story itself is lightly touched upon each match with a voice over just before the battle starts, but that is not the game’s focus, and that is okay. A title like Virtua Fighter holds up quite well despite a mostly paper thin attempt at story content over the years. As long as you have deep, solid fighting mechanics or a varied cast of characters with unique fighting skills, you can still produce a worthwhile fighting game. Unfortunately that does not quite happen here. 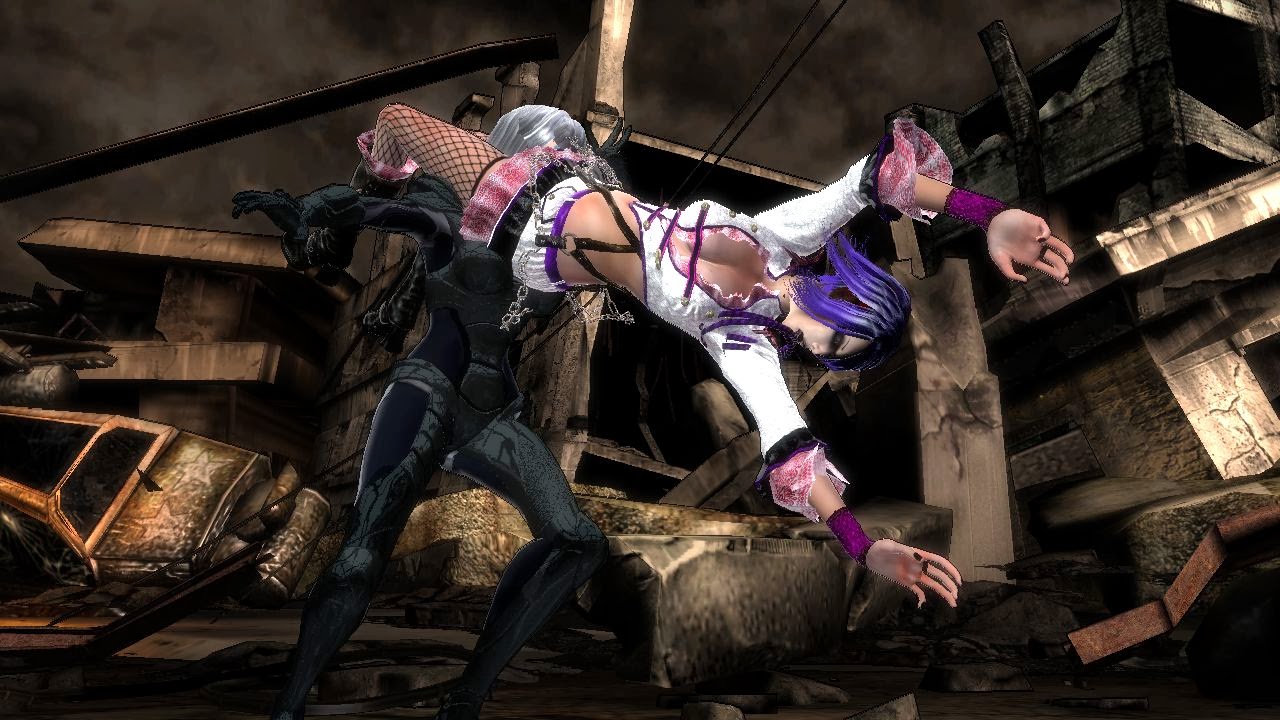 The visuals are not too bad most of the time. The characters look pretty detailed and they generally move well. The backgrounds are pretty solid as well, being interesting enough to look at though perhaps not as varied as I would have liked. This goes for both characters and scenery. There is a trophy for seeing all of the characters and battlegrounds, and I got that to pop on my second arcade play through. The girls all have a very unique look to them, so credit is due there. Unfortunately the hit detection is pretty flaky at times. It is very easy to string together basic combos, and on more than one occasion I would be in the middle of a high combo of kicks and punches, and my opponent just walked into them without taking any damage. 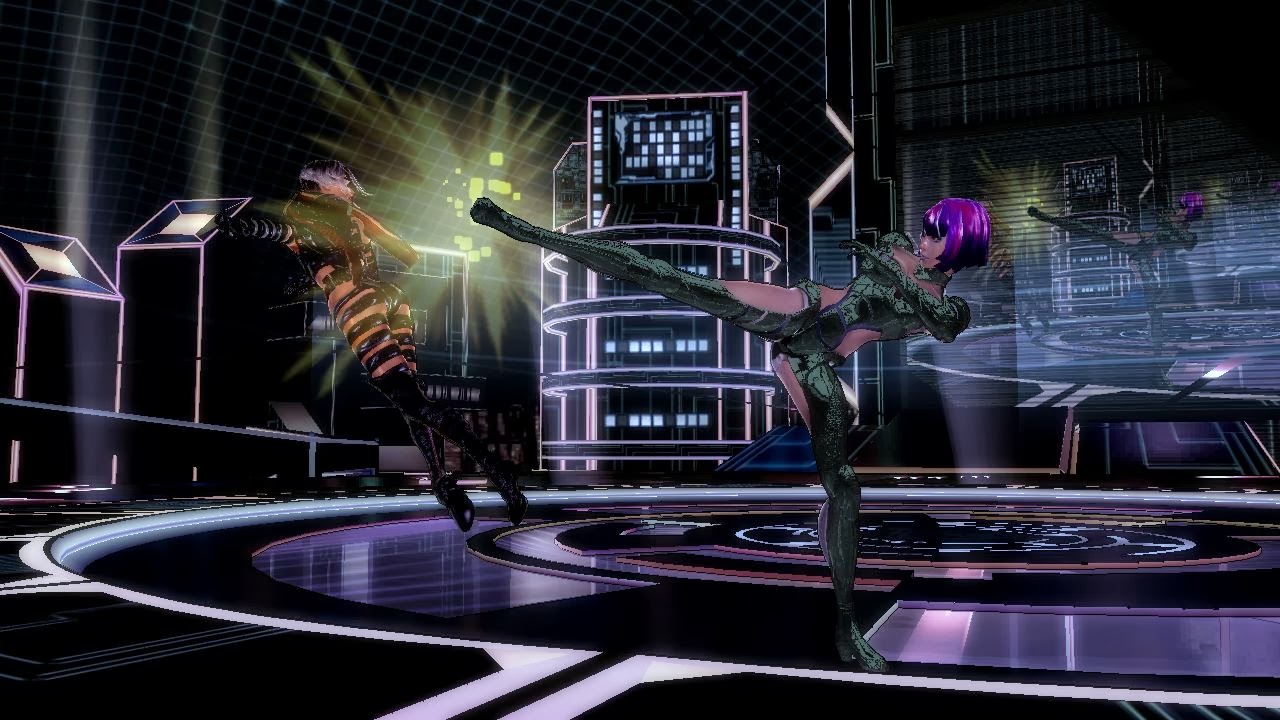 The biggest two issues here are lack of variety and lack of anything that is memorable. The voice talking to the combatants before each round starts is fine, but most of the rest of the title’s sound effects are your typical grunts, shouts and strikes. The problem is most of them sound very, very similar. Maybe it is due to the all female cast, but it still did very little to differentiate one set of sounds from another. The music never bothered me, it was simply average. It was there, playing in the background, but as soon as I moved onto a new match or game, none of it had managed to stick in my head. 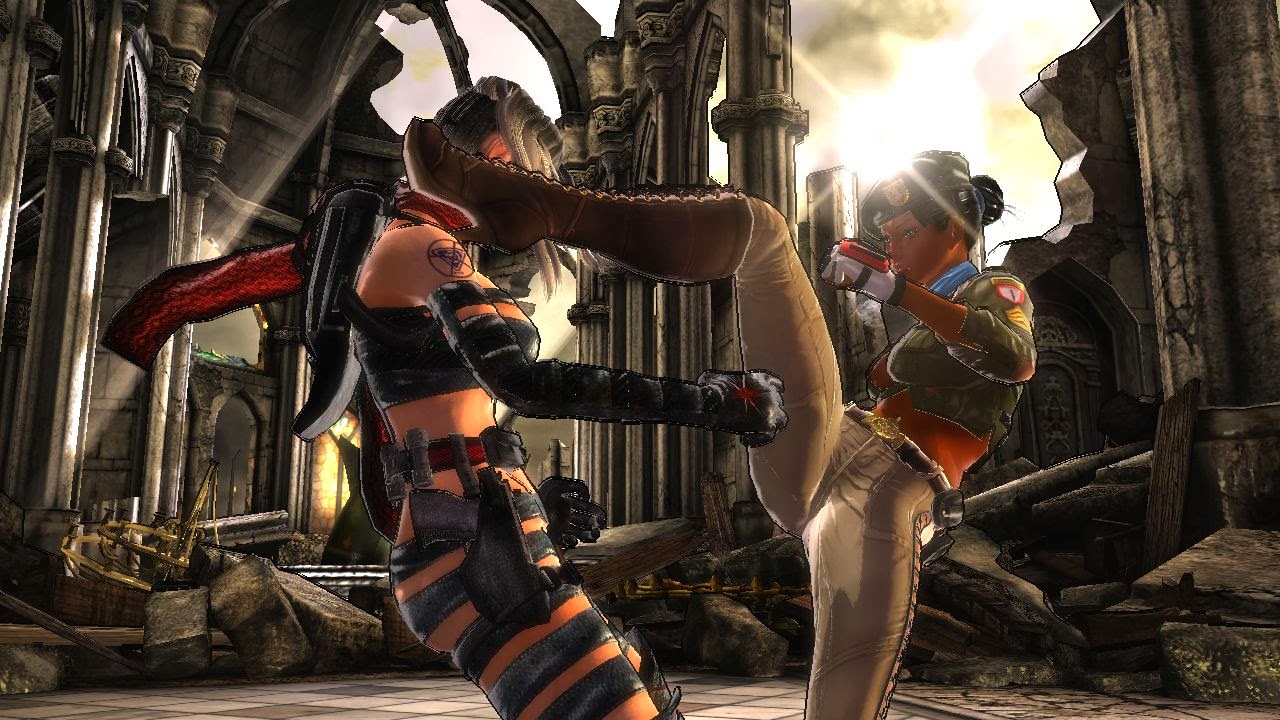 Here is where a fighting title can state its case, but unfortunately Girl Fight is pretty pedestrian here. Not for lack of trying, mind you. There are plenty of special moves and combos to pull off, and most of the girls do feel different from one another. Chaos was one of my favorites, because I was able to easily string together punch and kick combos that were pretty effective. The thing is, and here is where the combat tends to break down a bit, but you do not need to use any of the special techniques most of the time. There are three difficulty settings, but on normal at least, you can pretty much march against your opponent just using punch and kick and nothing else. At least on the harder settings you do have to be a bit more careful with how you use your psi powers (more on that in a bit), blocks and strikes. 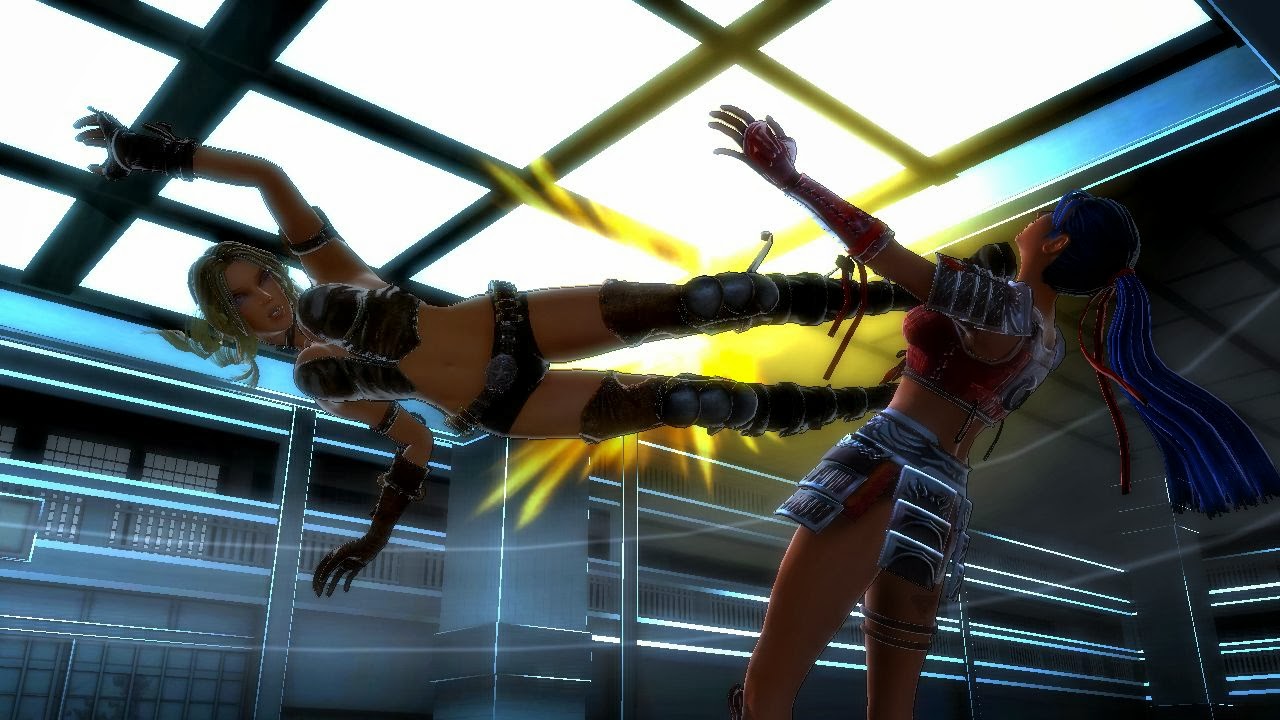 The cast of fighters is not terrible for a download title, though it pales compared to most AAA fighting games. That you cannot use them all for the arcade mode right off of the bat is a bit odd too. A lot of times you have an unlockable character or two, but you at least have most of the field to choose from. Here you are restricted to a character in arcade mode, and then that unlocks a second one when you beat it. Winning with that second character now unlocks a third, and so on. It is obviously to encourage you to try and use each girl, but it still feels a bit restrictive.

There are a handful of your basic modes that you would expect from a fighting game, and they all work fine, but the currency system helps to extend things just a bit longer. Winning matches earns you credits you can use to buy and upgrade psi powers with. These can do a variety of things based on which two you go into combat with. Some give you steel skin, making you harder to damage. Another will make you invisible with a slightly health regeneration. Another will give you a vampiric or leach-like effect where for a few seconds hitting your opponent will not just take life from them, but give it back to you. A charge meter that fills during combat is how you go about using them, so they are limited usage. 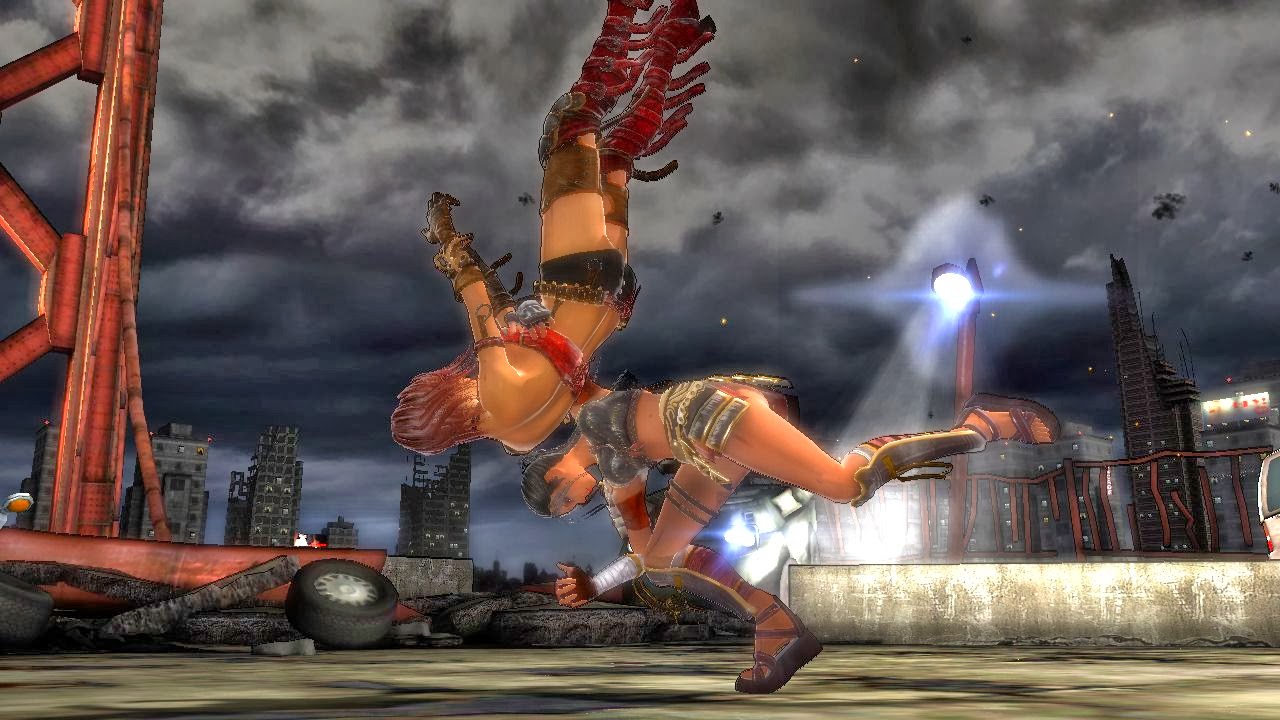 I like my fighting games, and I can get behind the premise here. Unfortunately the execution is just a bit lacking. Smoother combat with more moves/need for strategy would help, or maybe more involvement from the environment (the arenas are simply ‘walled’) or even a better, more thoroughly fleshed out story would have provided this game with a bit more staying power. The visual and audio are okay – but far from great. This feels like a title that would have come out perhaps a bit earlier in the console’s life cycle, as opposed to near the end. For a downloadable title, it is not bad necessarily, but there are better options out there.