comments Share
You are reading
The Wolf Among Us – Episode 1: Faith – Xbox 360 Review

TagsMicrosoft Xbox 360, Once Upon a Time, Telltale Games, The Wolf Among Us, Xbox 360 Review

I admit I have only played a small portion of The Walking Dead, the hugely popular episodic game released by Telltale Games. It is not that I am not interested – quite the opposite, I just keep getting distracted from it. I have it and I have watched my son enough to know I would no doubt enjoy it. Still, as much as I like the series and enjoy a good zombie game, the idea of The Wolf Among Us appealed to me even more. 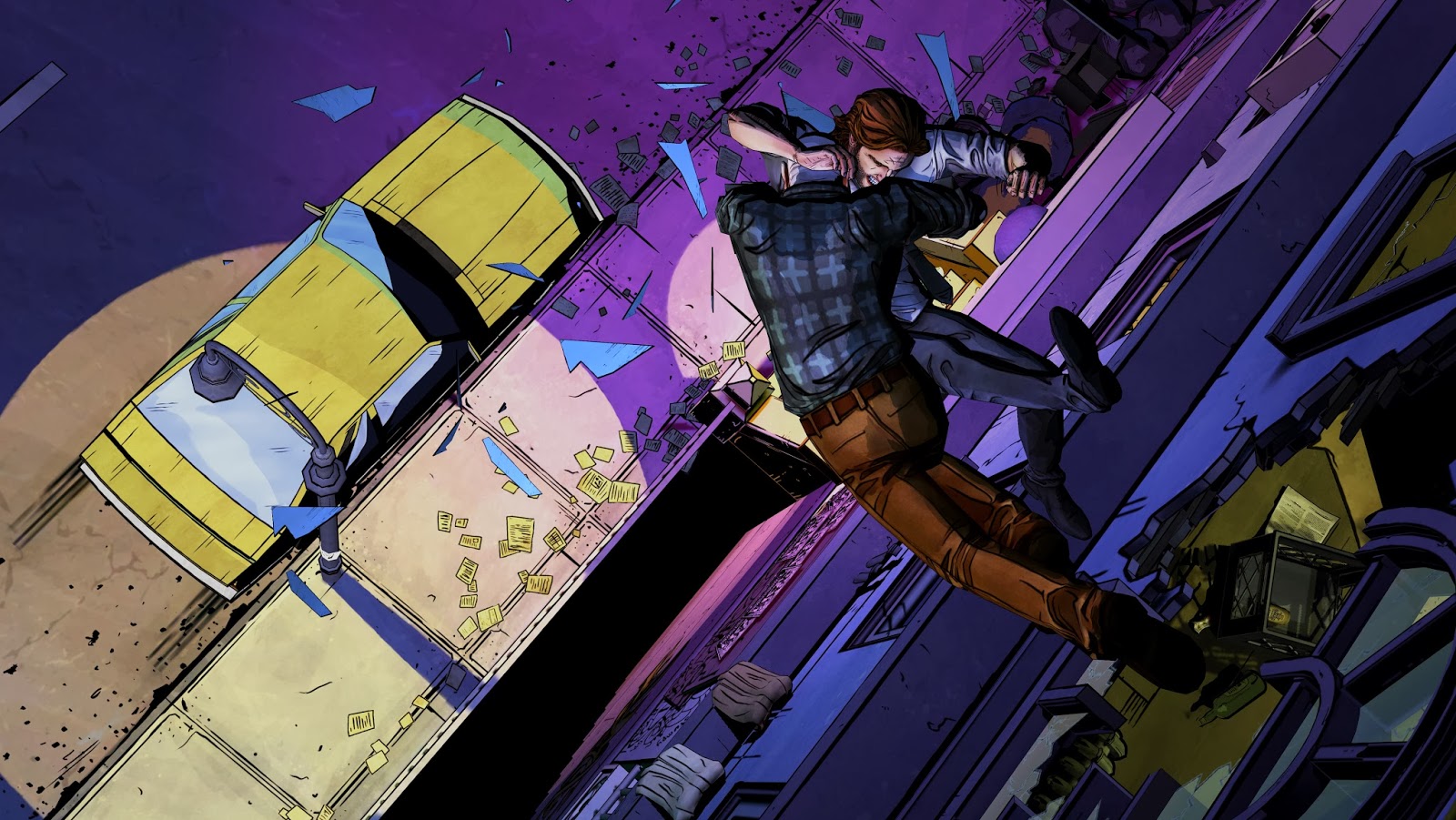 After playing the game, I did a bit of research on it. I came to discover that it is based on a Fables comic book that has been out for some time now. The premise reminded me a bit of a television show my wife and daughter absolutely adore, Once Upon a Time.

That television series and this game deal with the ‘what if?’ scenario of classic fairytale creatures living in a modern, mortal world. Both take plenty of liberties with the source material and create their own ‘rules’ for the world. Here in The Wolf Among Us, you take on the role of Bigby Wolf. He is something of a sheriff and a detective among his fellow Fables. He makes sure that their rules are followed, and failure to do so can mean that you are placed on a place simply referred to as The Farm.

The Fables are powerful creatures, some looking very much like their exotic story counterparts, some look like typical people. The former often use magic to obscure their true nature. 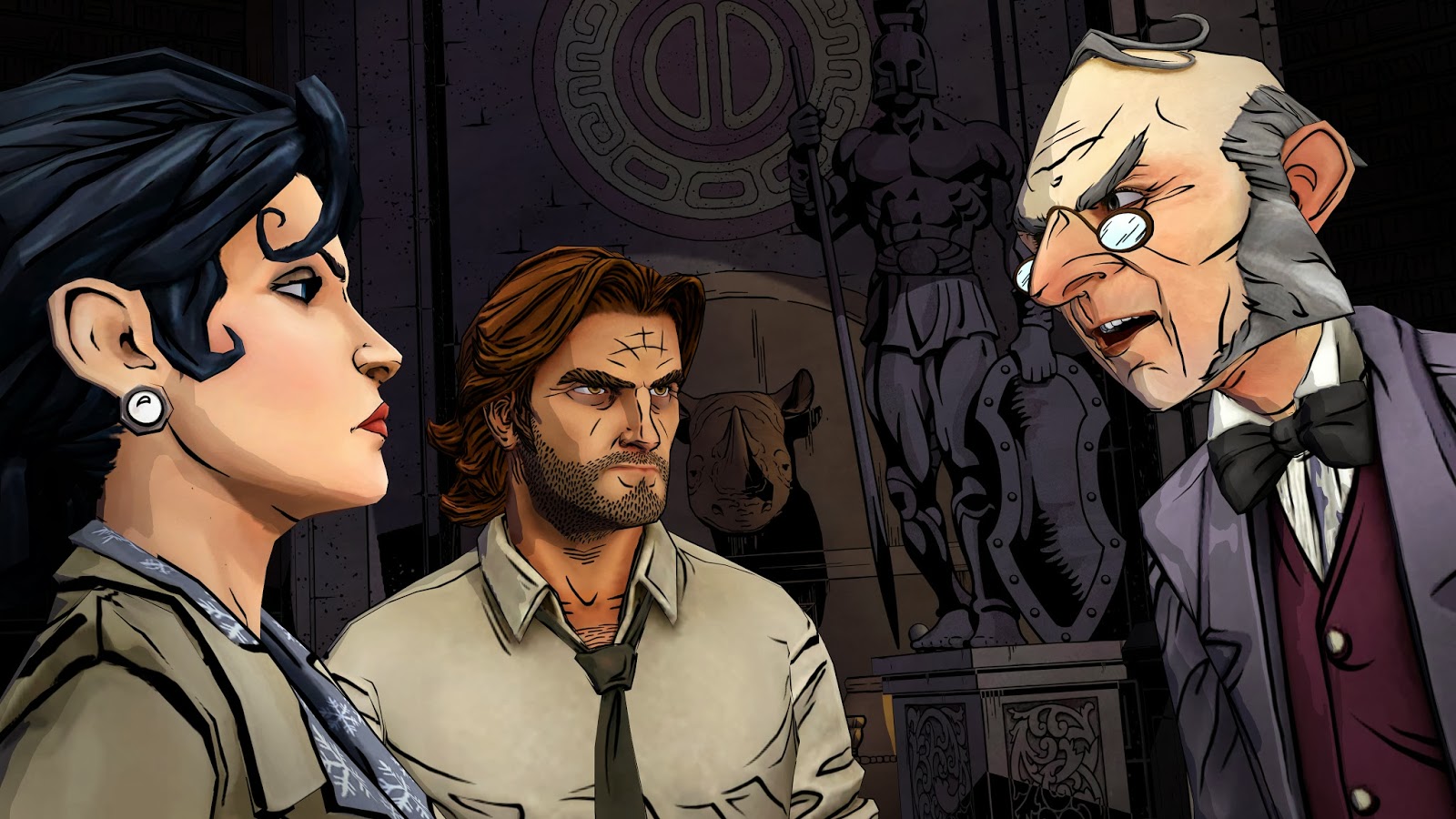 This will probably be hit and miss for some people, but I love the saturated colors and style of the game. The animations can be a bit stiff now and then, and I think the human faces are rendered better than some of the more animalistic ones. The style may not appeal to everyone, but many of the expressions do an excellent job of portraying character emotion. One technical hangup I have is that when the game loads in a new scene, sometimes everything can freeze and hitch for a bit. For a game that tries very hard to be immersive, these hiccups can prove a bit distracting. 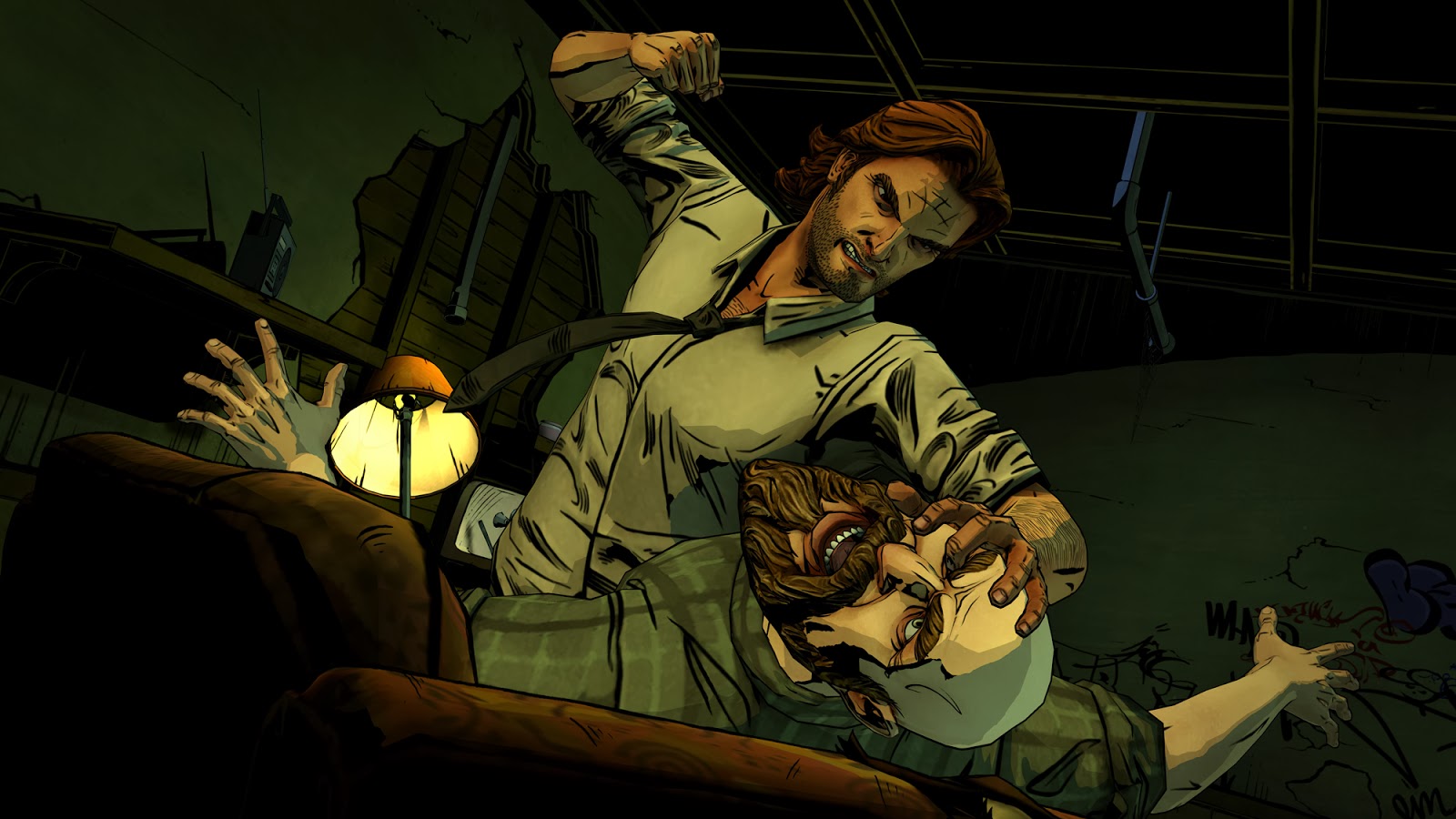 The music was decent – always fitting the mood when I heard it, though I never came away feeling anything other than the menu screen was terribly memorable. It is often underplayed so that the excellent voice work can take center stage, and I feel like that was a good decision to make because the actors do an excellent job with their roles. There are plenty of sound effects as you move about the world, giving it a nice sense of life and energy as well. 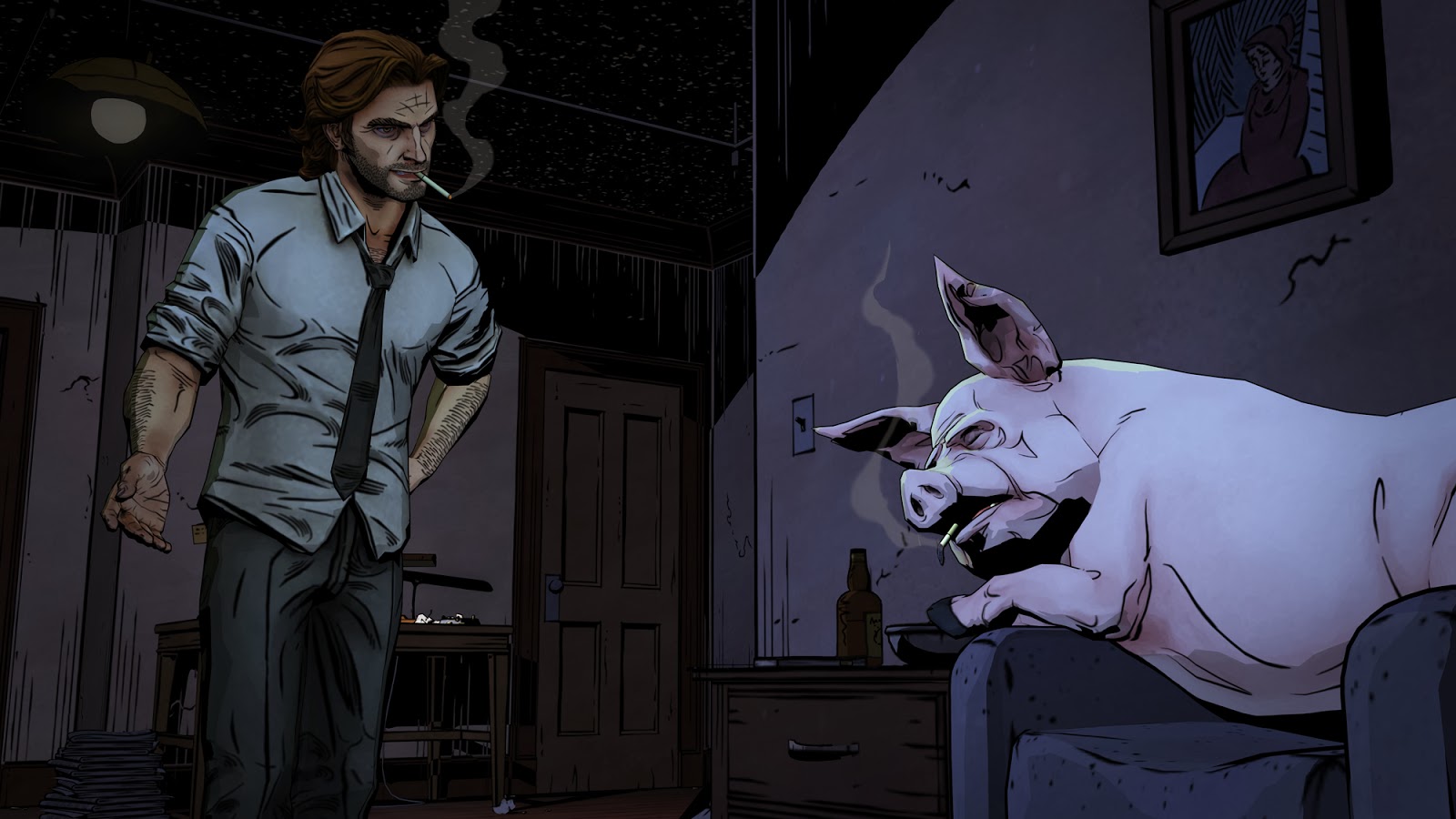 One thing that hurts these types of titles is that they are not what many people consider ‘true games’. Personally I think that is selling these efforts short – but you should have your expectations in the right place before playing. Like Heavy Rain, the emphasis here is on storytelling and not action. You sometimes move around an environment looking at and interacting with people and objects, at other times you are somewhat guided along on rails to the next scene.

The game is comprised mostly of some basic navigation, conversational choices and during more intense scenes, Quick Time Events. I know I have complained in the past about my feelings on QTEs, so there is no real need to delve into that again. However, with my expectations set accordingly, I understood that these would be a large component of the gameplay mechanics, and with that understanding in place, I think they work quite well overall. They make sense within the context of the game, and while sometimes they can feel a bit quick to show up and end (making it easy not to ‘complete’ them), they are clearly illustrated on the screen. They never really feel ‘cheap’ or unfair. 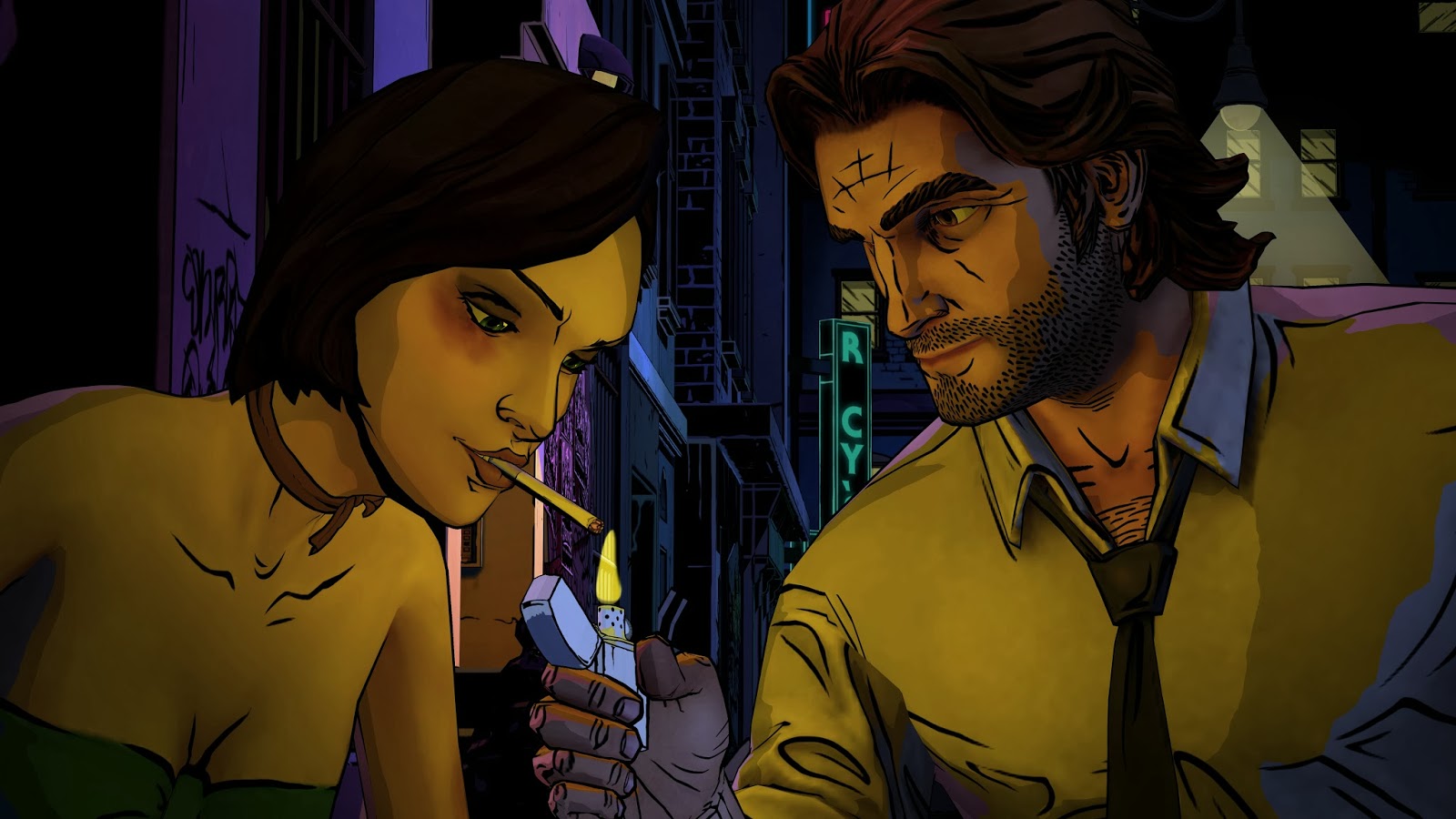 Here, it is almost all going to be about whether or not you liked the story. The good news for myself is that yes, I enjoyed the story a great deal and felt almost immediately invested in most of the characters. This is the first of five episodes, so the playtime in and of itself is not terribly long – only about two and a half hours to complete. That being said, the actions you take and the things you say do have a notable impact on the story, and I suspect that impact will only grow later on in the game. I love this sort of replay value and am hooked on the story itself – I cannot wait to see what is next. 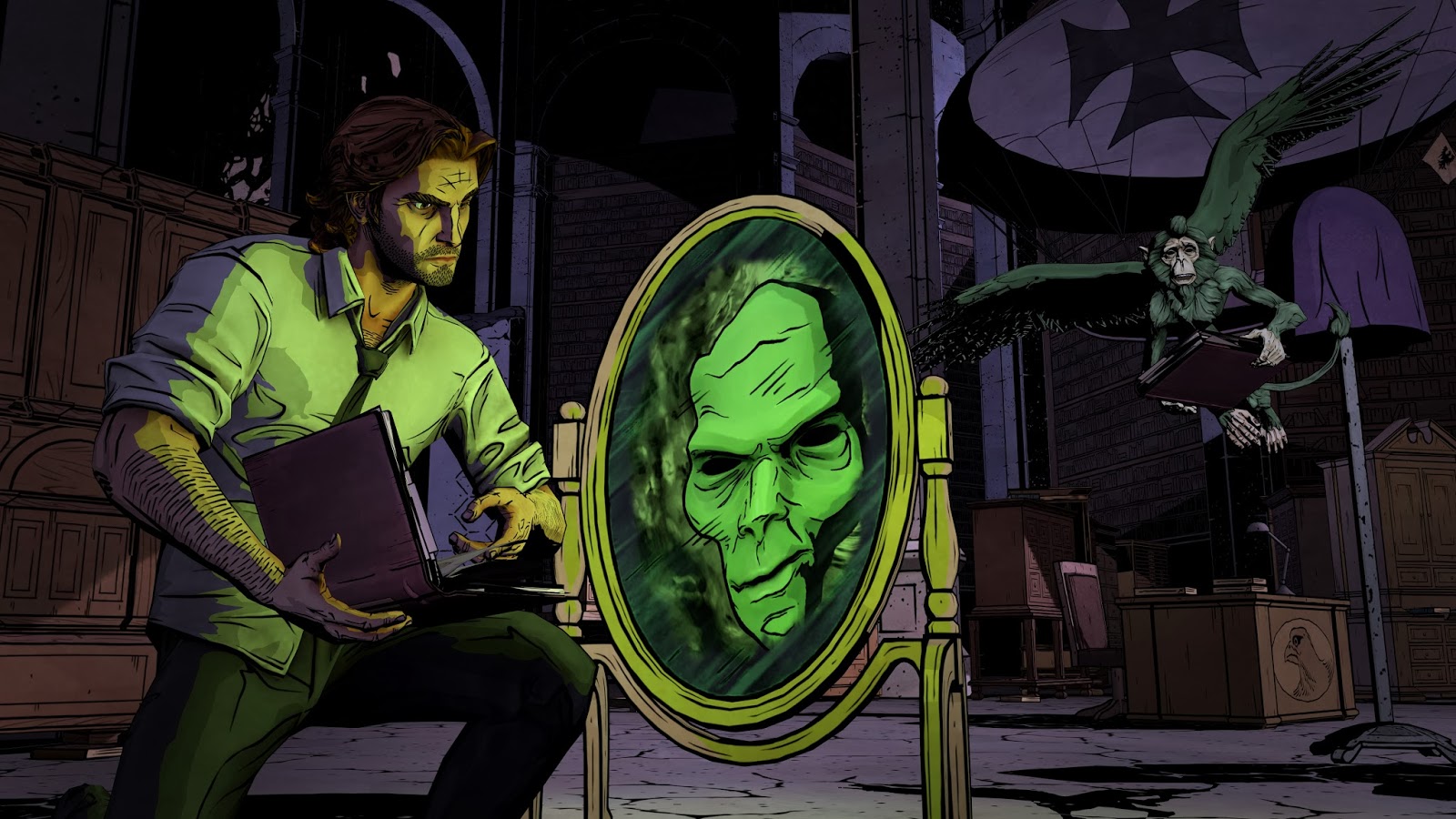 These kinds of games are not going to be for everyone. The Walking Dead won plenty of acclaim, but it had its share of detractors. Similarly themed Heavy Rain and Beyond: Two Souls did the exact same thing. If you are looking for something along those lines, with interesting characters and a story you can impact, then this is probably right up your alley. If you feel that these kinds of games are little more than interactive storybooks and lacking any true value (and while I do not personally share that opinion, it is certainly a valid one), then you will probably want to pass on this.