I remember dropping plenty of quarters into the cabinet for Final Fight when I was younger, and though the console ports were never quite as good – I picked them up and enjoyed them just the same. Early on after I got my Xbox 360 and PlayStation 3, I found myself flocking to some of the old arcade titles that showed up to download. I still have most of my older consoles and have these versions of Final Fight or Double Dragon – but they are not quite the same thing as the arcade ports. 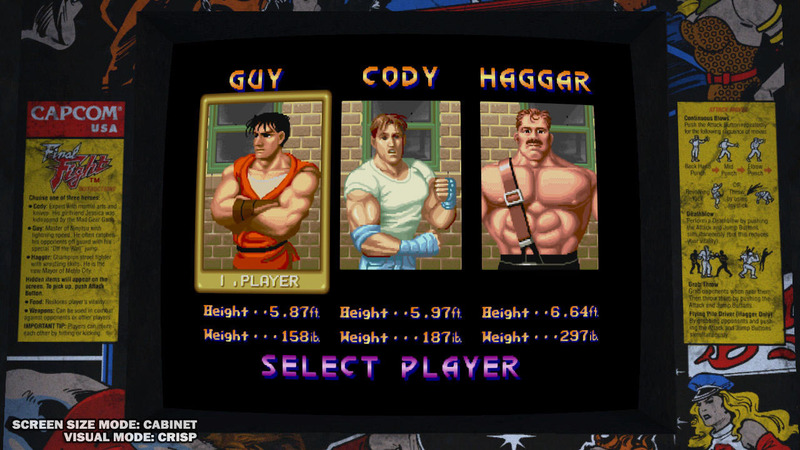 Final Fight: Double Impact has been out for a few years now, and it was a game that did a lot of things really well – but it was not without a misstep or two – at least for the PlayStation 3. One of the best parts about it is that the title comes not only with Final Fight, but another beat ’em up called Magic Sword. I had never played it in the arcades, but I actually enjoyed it quite a bit. 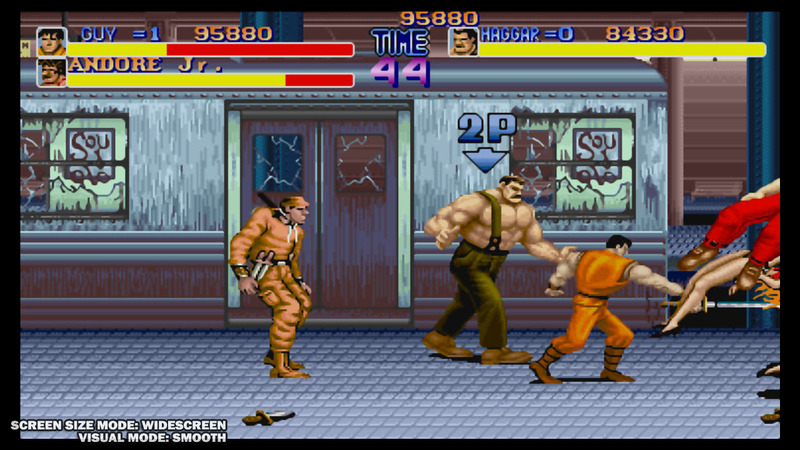 This is a pretty solid arcade port. Not only are there options to view the games as they were originally designed, but there are several options for changing your display, giving the games an appropriately retro feel, or smoothing things out for a more modern audience. Both games use a lot of bright colors and the Final Fight characters in particular are nice and big on the screen – just like I remember them. 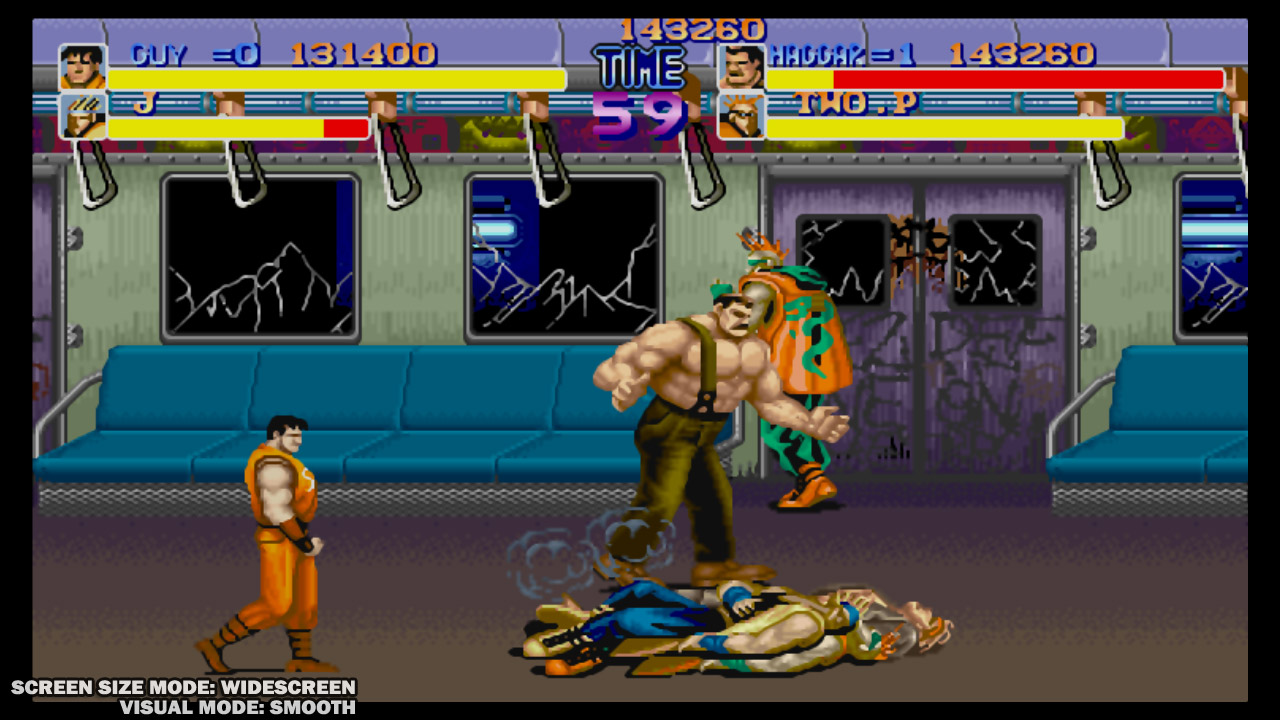 The music on Final Fight immediately brought back memories, and the soundtrack for Magic Sword was pretty good I thought. It is cool that there are remixed versions of the music that you can choose as well, and I gave them a listen – but I preferred the old school tracks myself. 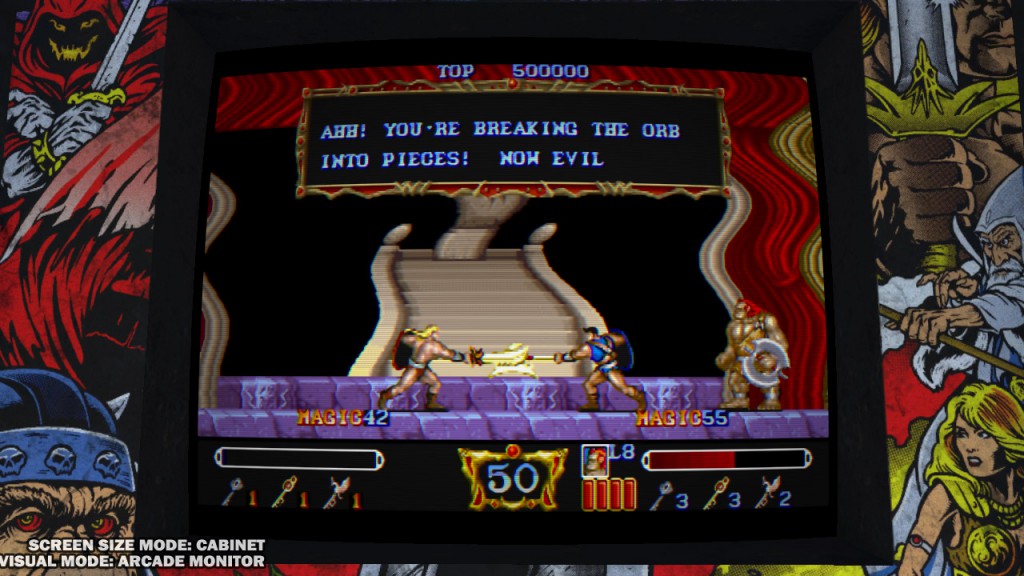 The controls in both titles are tight, though my familiarity with Final Fight made it a bit more enjoyable for me. Pretty solid overall, with both games accessible from an easy to navigate menu. 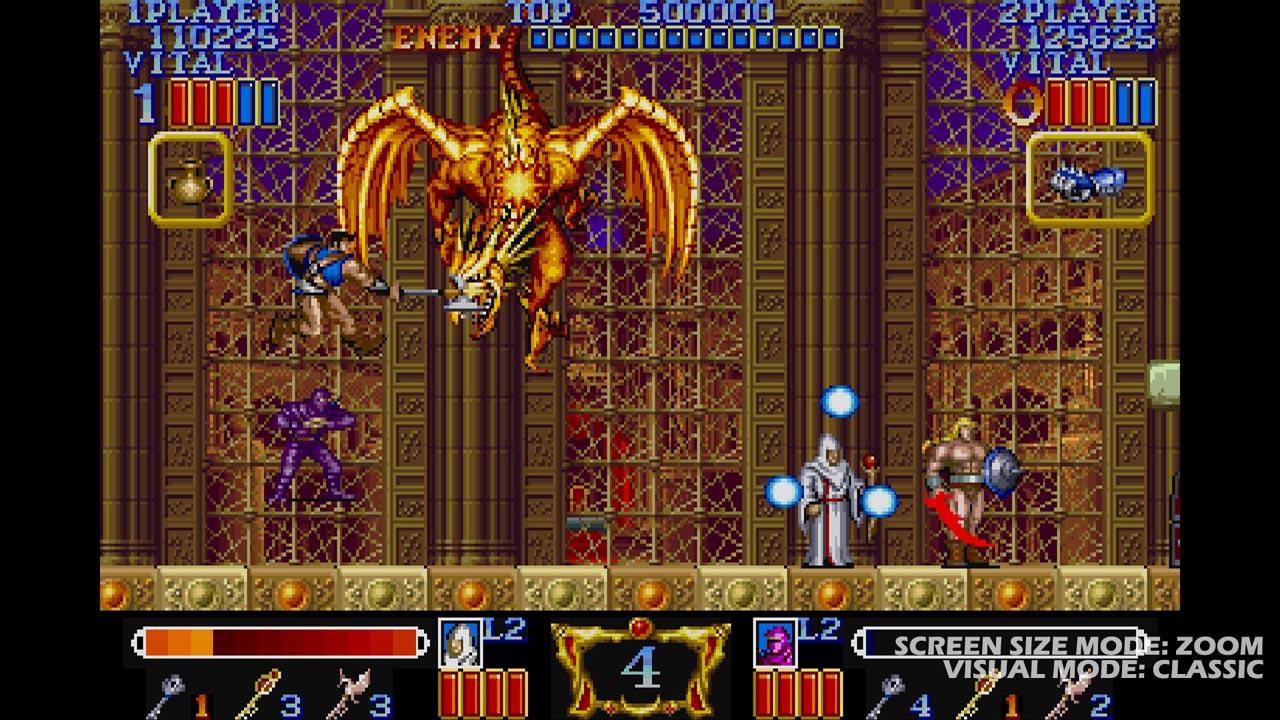 So, there are a few issues here. For one, the games are not terribly long – you can get through them in a couple of hours. Final Fight is the better known of the two games, and for good reason because I do feel it is the superior game. Still, I would have purchased this for Final Fight alone, so the addition of Magic Sword was a welcome one. There are some interesting challenges built into both games, sort of an achievement system within the game, and trying to hit some of those goals is fun.

Now, for my biggest complaint. Capcom attempted to try a new type of DRM on the PlayStation version of the game, and it is a pain in the rear. I have a buddy who owns it for Xbox Live, and he said the games are great there as well, and without this rather draconian DRM solution, so I would recommend it for Xbox over the PS3 for that reason alone.

The system has a couple of points to it. The first: You need to be connected to PSN to play the game at all. As you can imagine, that was a delight back when the PSN was down for a month. Secondly: If you play this title on one PS3 console, you cannot play it on any others you might own for 24 hours. A lot of times when I buy games like this, I will play on my PS3 in one room, and my son will play in the other (that way we can both be logged into PSN and get trophies on our accounts) – but we cannot do it with this game, which begs to be played with a friend. The multiplayer is really solid, but the DRM issues just much things up.

Capcom had originally sold this title without warning people about the DRM. They have since amended that – but never patched to remove the DRM. Kind of funny and a little sad given that even EA has now removed online passes recently. Thankfully this experiment ‘failed’ and Capcom never tried it again, but it is a black mark on the PS3 version of the game. 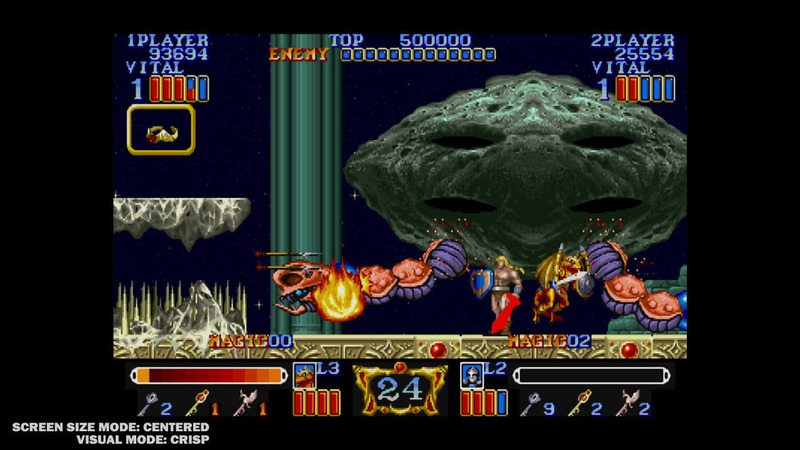 A good game – especially for a fan of the Final Fight titles who brings some serious nostalgia to the table. Magic Sword was an entertaining addition I knew nothing about, but for a game that runs about ten bucks, getting a pair of arcade style beat ’em ups is a pretty good deal. That said, the DRM ticked me off on this title, and I would recommend buying it for the 360 over the PS3 myself.

Posted by Nick
Follow:
Owner, Founder, Editor in Chief—Currently a reviewer for Chalgyr's Game Room covering all platforms
Previous Article 4 Years of Chalgyr’s Game Room
Next Article Not a lot to ‘report’ today… but over the next week?