You know those games that get great reviews, and look like you should really enjoy them because they seem to be well made games with an entertaining theme? We all see them from time to time, and I am sure all of us eventually find one or two that seem like they should just be a lot of fun, and yet for some inexplicable reason, just do not resonate the way you had hoped and thought they would. 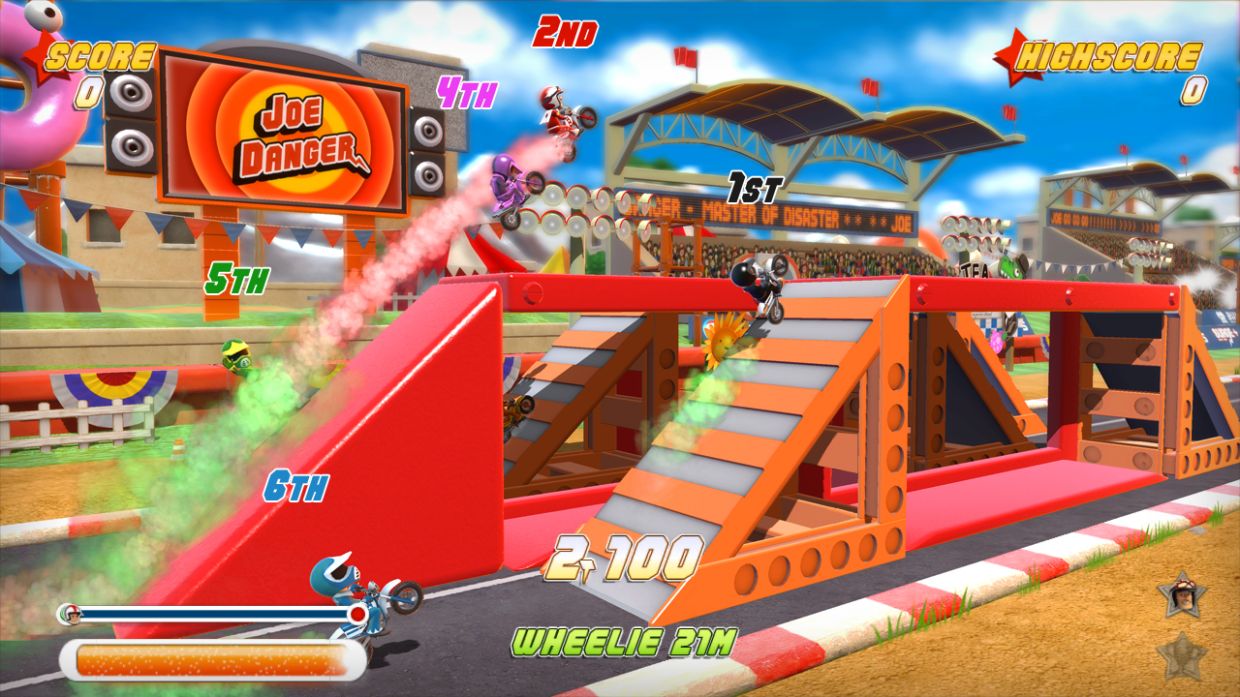 In a nutshell, that is Joe Danger for me. This was a PlayStation Network title I picked up not long after it released when I had a few bucks to spare. The music is okay – it sort of reminds me of a bad carnival. The sound effects generally match up with the bright, colorful visuals. Most of the graphics are pretty good – though the backgrounds were a bit lackluster in my opinion. There is some track editing/online modes that just never really appealed to me personally.

The thing is, I thought this game would not only appeal to me, but my kids as well. It has a colorful sense of style and the kind of quirky cartoon action that I thought would be a hit with them. My oldest never gave it a thought, but my younger two both played it – and neither one got hooked either. I can appreciate that the game appears to be well made, and it was enjoyable in small doses, but I never really felt the urge to see Joe through his various trials and tracks all of the way. 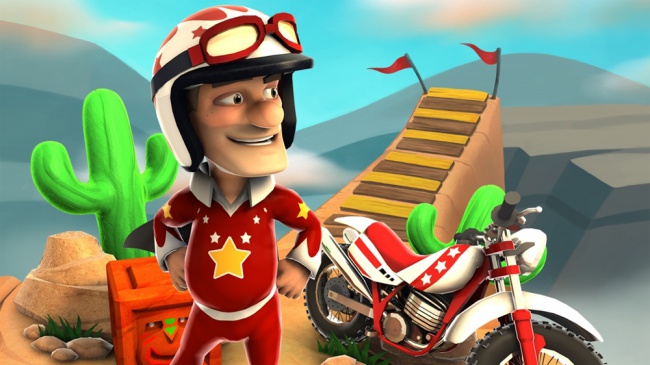 While at a glance this might look like a racer – or like the classic Excitebike NES title on acid – it really feels a bit more like a platformer when you you dig into it. There is a good sense of speed about getting your bike going fast, but most of the levels have objectives that can only be met by jumping, bouncing around and collecting things as you go.

The problem is, I just did not get hooked. It is entertaining enough in small doses, but despite all of the acclaim Joe Danger has accrued since its release, his stuntman antics appear to be lost on both me and my kids. Certainly not a bad game, and one I suspect most people will enjoy, but for me Joe Danger is more like a 7 out of 10. Technically well designed, fairly entertaining, but easy to put down and without that hankering to pick it back up again later. 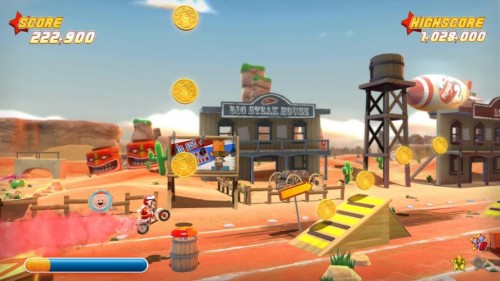