SideQuest Studios hits a lot of points in Rainbow Moon that I really look for in a game. I love the RPG genre, and if you can toss in some strategic gameplay to boot? I am going to probably like it. These are the types of games I grew up on when I was younger, sinking just a ton of hours into my RPG games. Rainbow Moon brought back plenty of that nostalgia for me, but it succeeded in still feeling modern and entertaining. 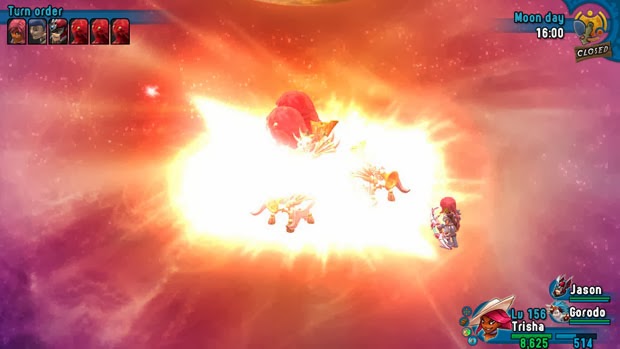 The story never had me fully invested in my primary protagonist as a character, but I still found the world enchanting and the end goals worth pursuing. In the introduction, your character is tricked into being pulled into a portal that sweeps him off to a new land and a host of adventures. 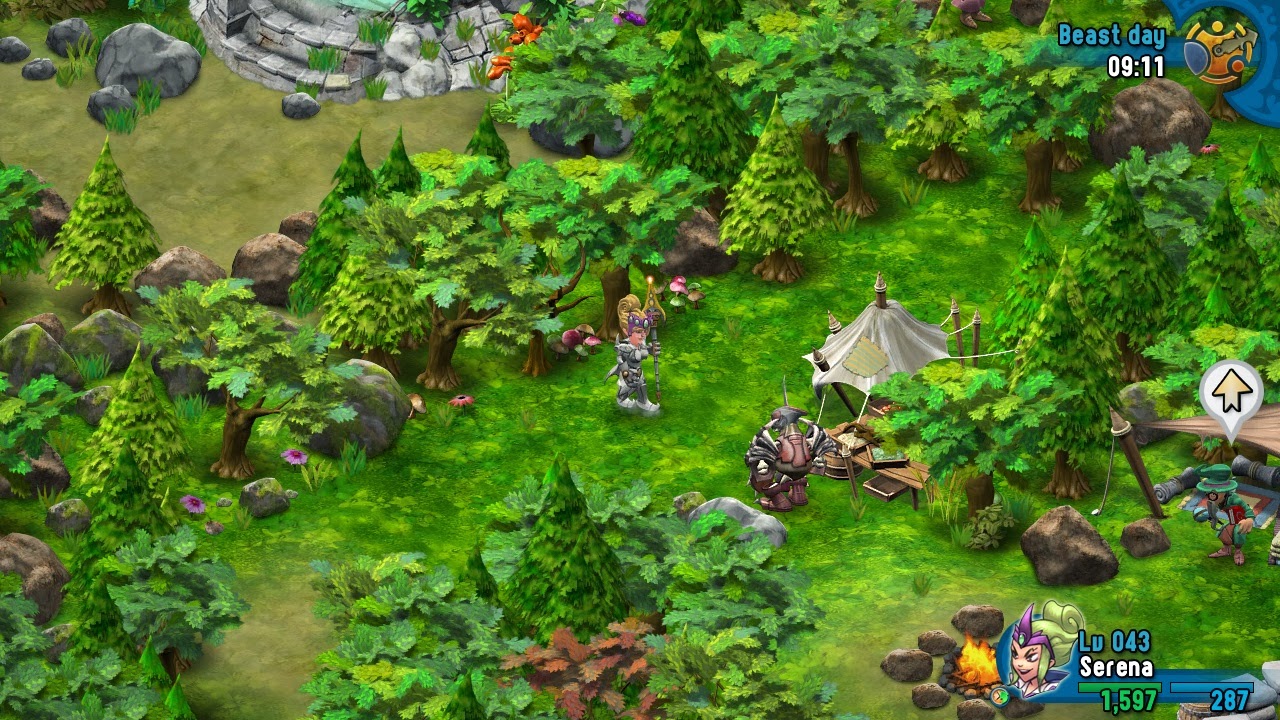 The colors are bright and colorful, but also very detailed. Lots of little touches fill the screen with movement, day slowly dissolving into night, and plenty of different seasonal landscapes make the pint-sized characters and graphics still pop with personality. During combat it is easy to see what is happening, and there is a solid variety to the enemy creatures, all of which are animated as they move and attack. Special attacks were seen time and time again – but I always found them entertaining to view. 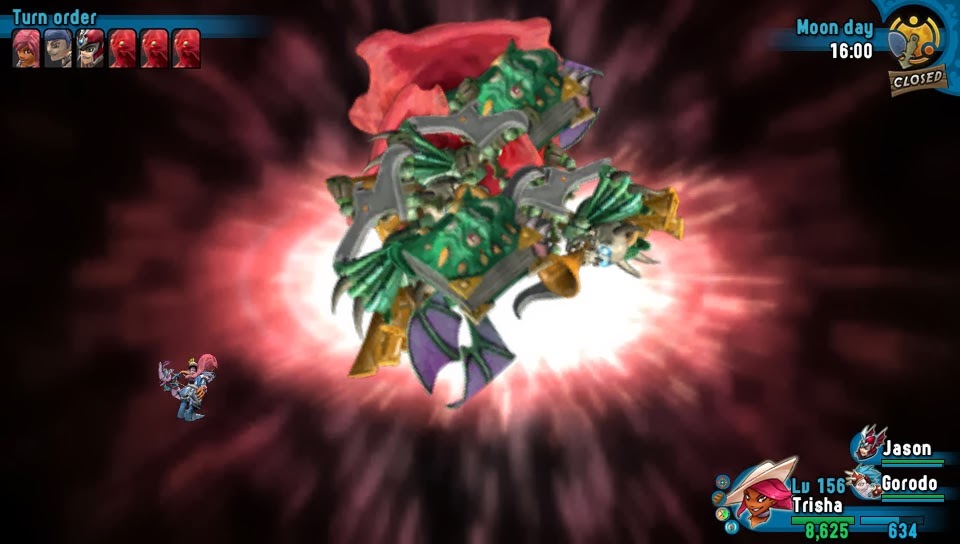 The sound effects offer about as much variety as you can expect from a game like his where you are essentially doing the same things over and over again. There is a lot of text to read and while the lack of voice acting for it all is not a big deal, especially for a smaller studio like this, it is something you usually see more of lately. The music is often enchanting, and completely fits with the vivid visuals of the world. For as many hours as you spend playing this game, some additional music variety would have been welcome, but the music that is there is generally quite good. 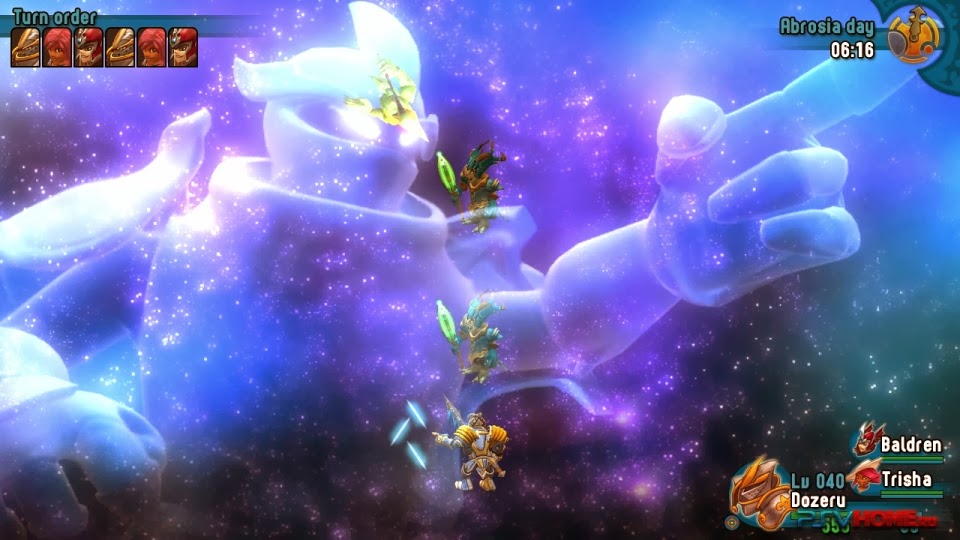 This is turn-based combat at its best. This mix of random encounters you can choose to enter or not, combined with the on-screen enemies you can collide with is interesting and not something I can recall having seen before. It makes grinding easier to do because combat can be initiated in two different ways, and you will do a lot of grinding here if you want to be successful. I am someone who does not mind grinding in the last. I have maxed out more than a few characters in my PRGs, and the gameplay here succeeded in keeping me interested, despite the many hundreds and thousands of battles I fought. Menus are quick and easy to navigate and the ability to save on the fly, camp and interact with towns means that Rainbow Moon is perfectly suited for portable adventuring. 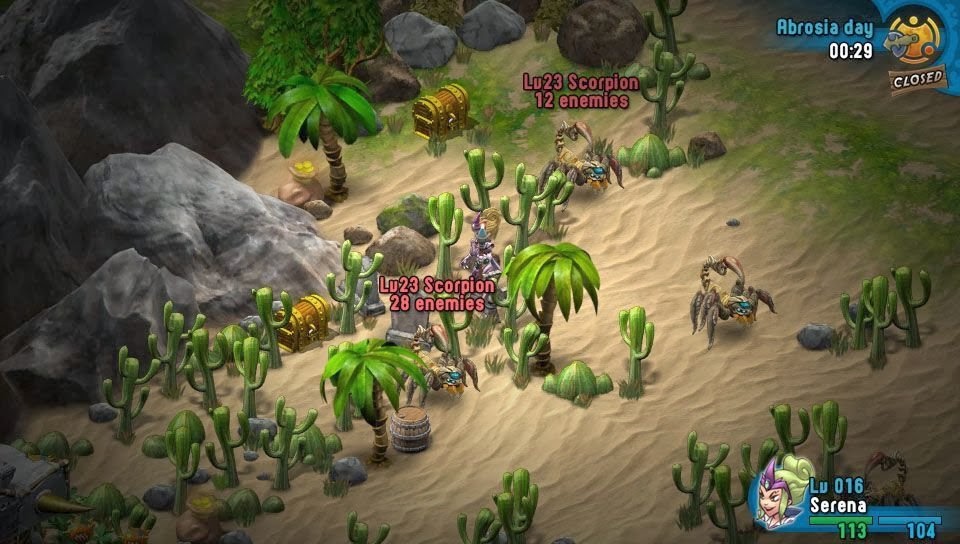 The core gameplay elements have to work for you, or you will get a lot less mileage out of what Rainbow Moon has to offer you. If turn-based combat or lots of experience grinding is not your thing, Rainbow Moon is probably not going to tickle your fancy. I was in hog heaven though killing waves of creatures. The character customization is deep and flexible and I really enjoyed it. The sense of progression and character development was strong and it really helped to fuel my willingness to grind, because I knew that experience was going to good use. This is a long game – you can sink a lot of time into it. The story and world are much bigger than they first appear, and while the main story never quite clicked with me completely, Rainbow Moon’s other elements satisfied my other RPG interests well. 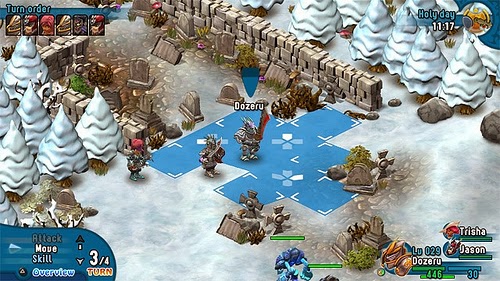 A lengthy game, with some engaging systems, lots of gameplay elements that I am personally fond of and pretty visuals mixed with appealing audio presentation? This is a game that hits a handful of sweet spots to me. That it feels perfect for grinding on the go with the Vita just makes the overall package that much more appealing, making this an easy recommendation for RPG/strategy fans. 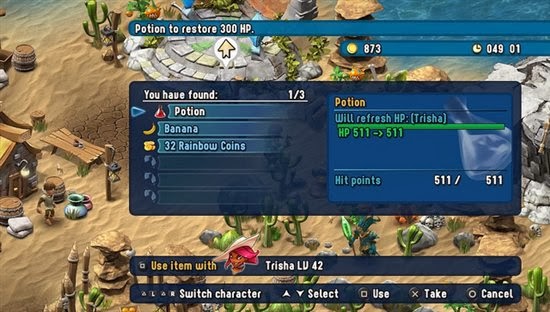