Good morning, everyone. We are going a bit light here at Chalgyr’s Game Room this week (and the last few as you likely noticed). Vacations, lousy weather, training conferences and more have been conspiring against spare time lately. So, I thought I would kick out a light review for today that I have had drafted for a while now, and we have a guest contribution from Jim again on Thursday this week. Barring any more surprises (like frozen/burst pipes in my basement a couple of weeks ago), we should be back to normal (as ‘normal’ as I can be at least) next week.

Thanks for dropping by!

At a glance, Battle Fantasia seems like it would be right up my alley. Medieval themes, nifty-looking visuals and the promise of some RPG elements in a one-on-one fighting game. 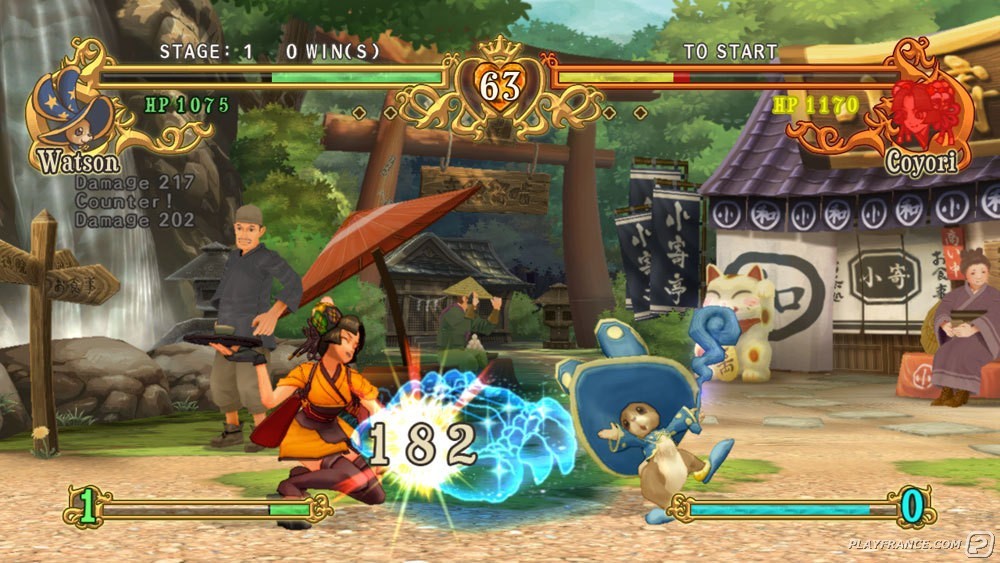 As was often the case, this was a title I had considered a few times in the past, but wound up getting to try for free because of PlayStation Plus some time ago. Initially, I was really excited to try this title out, but came away disappointed unfortunately. 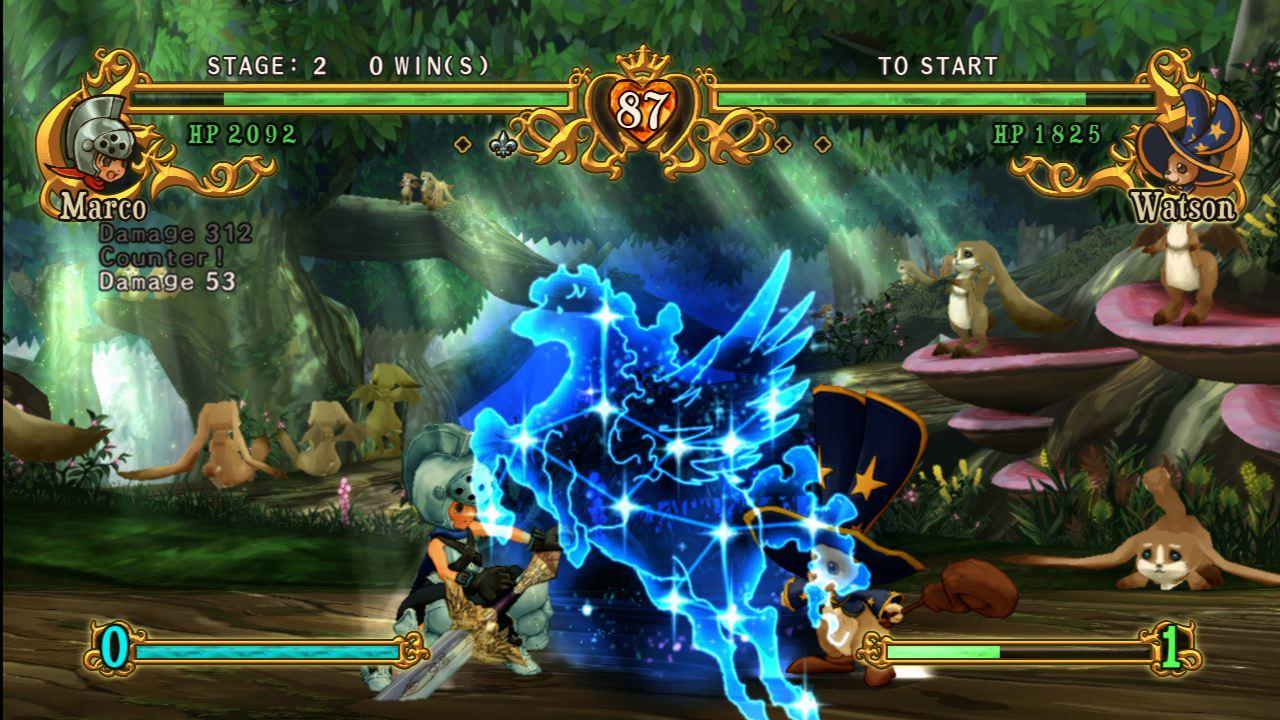 They are not stunning or surprising in any way, but I liked the style of the art. The colors are easy on my eyes and the characters – while a bit over-the-top and ridiculous – look and move well enough without any issues like slowdown to plague the proceedings. 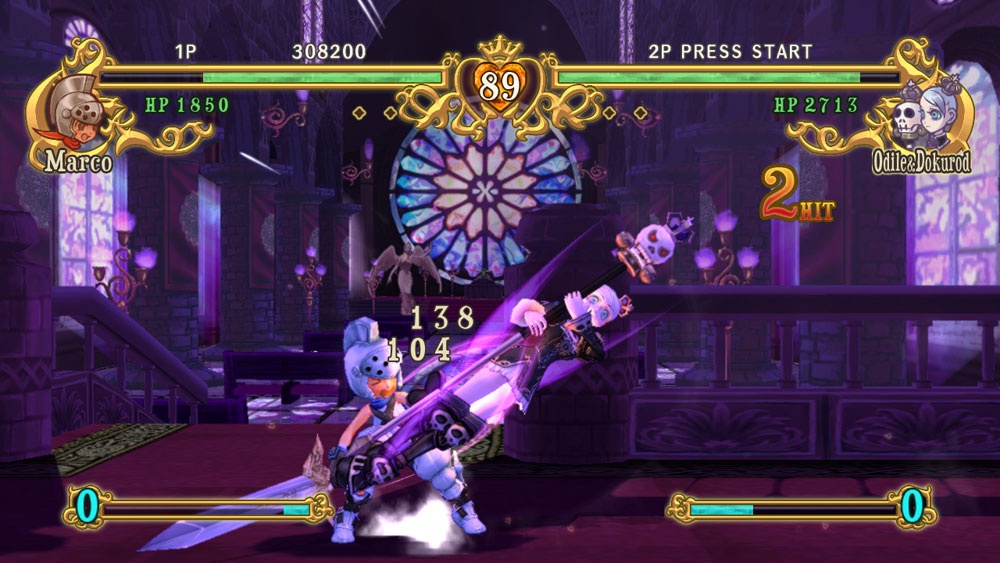 I really did not care for any of it. The sound effects are just kind of there, and something about the music generally rubbed me wrong. I cannot really say why, but it failed to impress me and in fact left something of a negative impression on me. 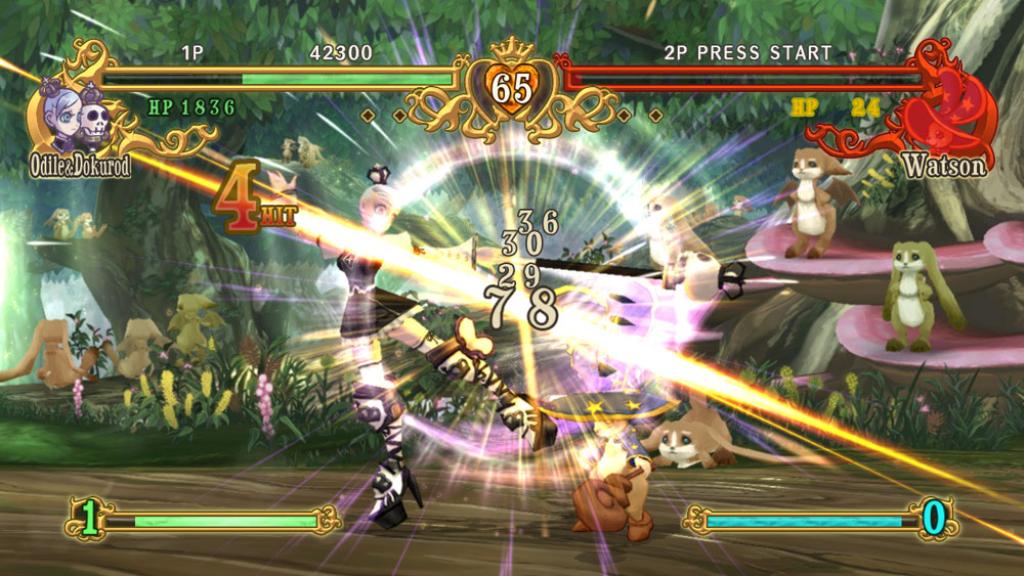 The move set is really limited. There just are not that many moves per character. They are generally easy to execute, but they do not feel as smooth as most fighters out there. On top of that, Battle Fantasia sounds like it has some RPG elements to it, but there really were not any. Basically, some characters have a different amount of health than others (represented in the RPG tradition of hit points). If anything, that adds to an already somewhat unbalanced roster in my opinion. 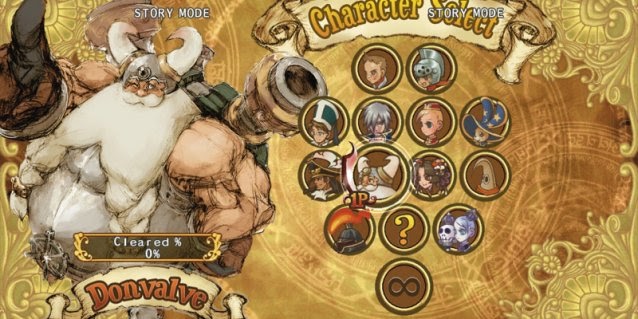 There just was not a lot to drive me to play this game more than a handful of hours. The trophy set is pretty small, the unlockables are nothing special, and you only get a dozen characters to choose from. There is some online multiplayer, but I could not find a match in any of the several times I tried. 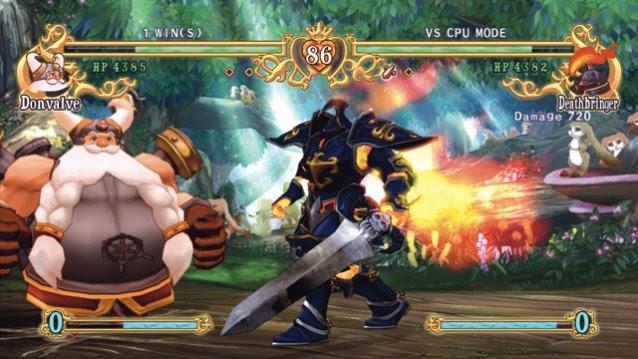 Maybe I am being a bit harder on this game because I actually had some high hopes of having found a bit of a gem that would be right up my alley, but in truth I just feel like this is the very definition of a mediocre fighting game. It is not horrible, but it does so little to elevate it as something you should be playing over other, far newer and more polished fighting games.