I love the NBA. I have been following it for decades now, from playing basketball growing up, to collecting packs of cards and walloping AI opponents in NBA video games since Double Dribble on the NES. Over the years the NFL has slowly become my most-watched sport, but the NBA still has a soft spot for me. 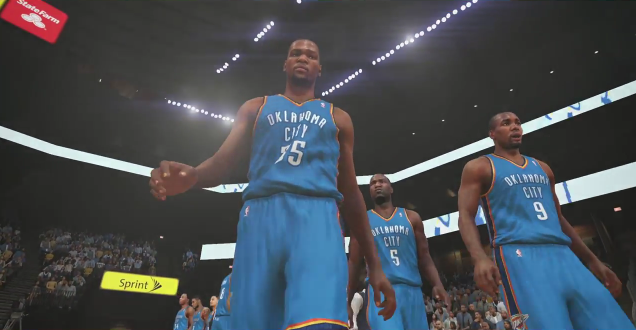 I tend to nab NBA titles every couple of years. The last one I played was NBA 2K12 on the PlayStation 3, and I thoroughly enjoyed it, as you can see in my review. There is a certain amount of role-play, progression and strategy in the simulation that appeals to me more than enjoyable but shorter-lived titles like NBA Jam.

I have had some interesting (read: rough) experiences with sports titles in particular on newly released consoles in the past. EA seemed to do a pretty good job in their handling of Madden 25, and the same could be said for FIFA 14. 2K Sports has had a great track record, but all the same – I had concerns about hiccups along the way. The good news is, NBA 2K14 is an outstanding title. The bad news is that some compromises were made that I will explain below. 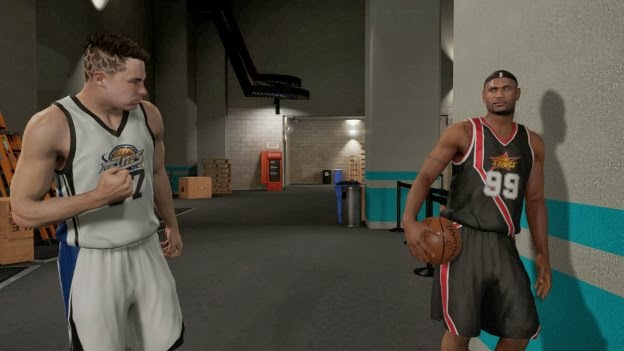 Man this is a pretty, pretty game. Sure, some facial models seem just a little bit off, and occasionally clothing moves in odd ways. Also players still have that Uncanny Valley/zombie look to their eyes a lot of the time. Yup, that is about the worst of it. Character models move great, players’ faces are instantly recognizable and despite the flurry of action taking place all over the court, there is never any slowdown taking place. The lighting and the reflections off of the floors looks astounding and there is a very television-like presentation taking place throughout the game that had my wife pausing and commenting that from the other room, it looked like an actual game. Unfortunately there are a fair number of long loading screens between games, and I suspect the graphics are a big part of that. 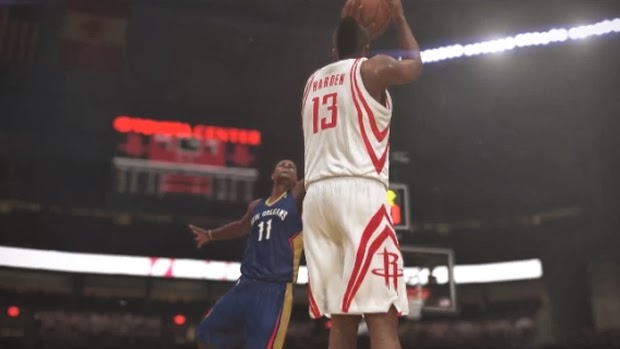 Credit to getting actual NBA players to voice parts for things like post game interviews. Also the character who voiced the MyCareer mode does a pretty good job. There is an odd omission in the MyCareer mode, where you are interacting with a lot of other players, and they remain silent while your character talks. It feels a bit oddly disjointed and while I understand the problems in trying to get so many players to voice so many parts, maybe the 2K crew would have been better served not having any voice acting for those parts instead.

The music is not my cup of tea, but it suits the game itself. The announcers are among the best I have heard in a sports game to date. Play enough matches and sure, there will be some repeated phrases. This is still a far cry from a title like Madden, which repeats the same things almost every game – sometimes multiple times a game. Every now and then, the wrong name or action is described by them, but overall the audio design oozes effective television quality presentation. 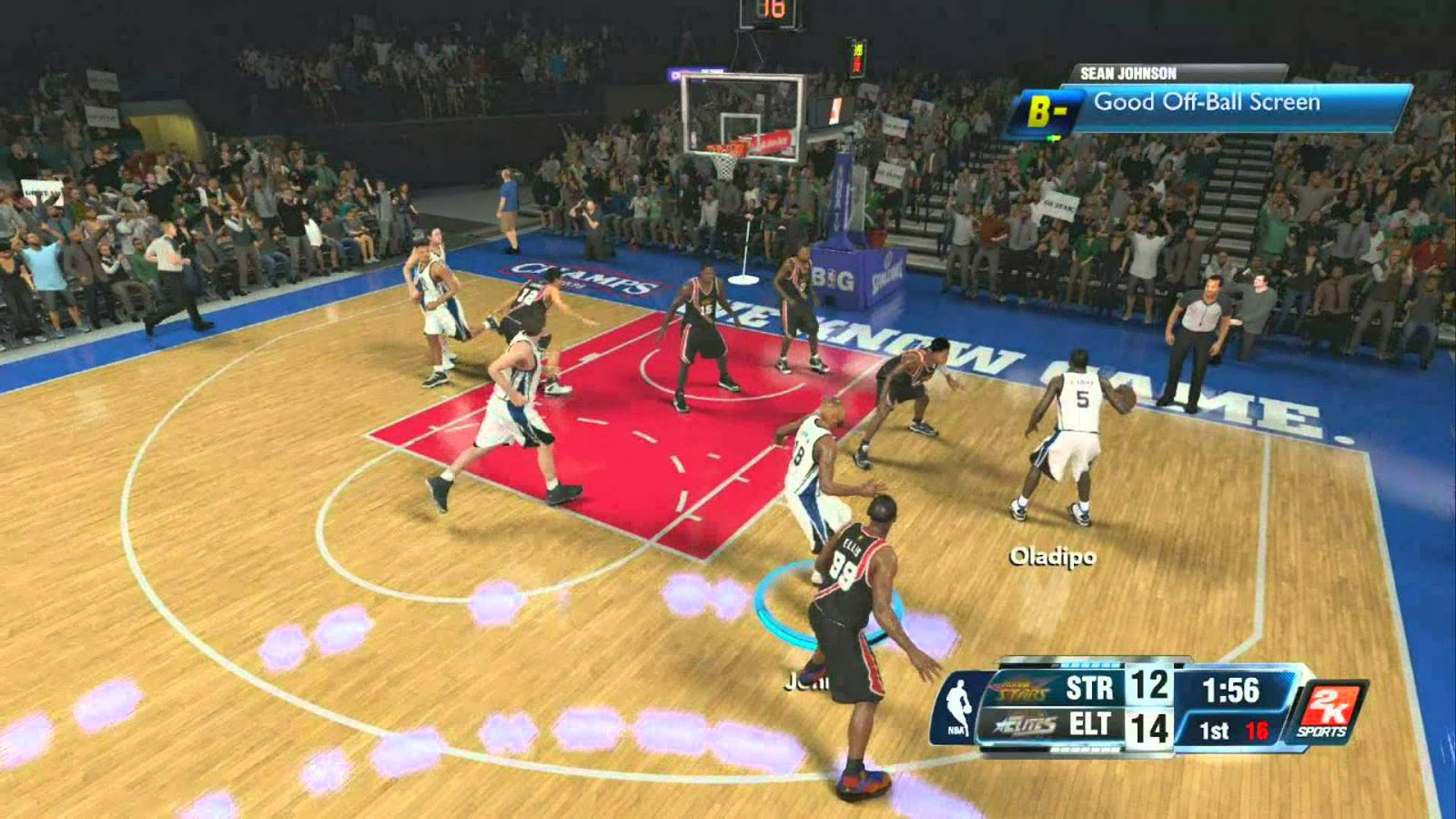 Menu navigation is easy, but it is on the court that NBA 2K14 really gets to shine. Things are not always perfect. Every now and then my created player (a center) jumps out to mid-court on an inbounds play that frankly, he should have no part of. There is some ticky-tack foul calling on things like screens. Sometimes the game objectives set up in the MyCareer mode are very difficult to reach (I got put into the game with less than a minute left, the other team up by 19, and I was asked to trim the the lead to 5).

These feel like nitpicks though. The incredible array of moves at your disposal at all times is really quite impressive, because they feel easy to pull off, but seldom like they can be abused. Get too fancy with your dribble or pass, and you will turn the ball over. Shooting feels good, post moves have variety and the highlights are suitably satisfying when they occur. 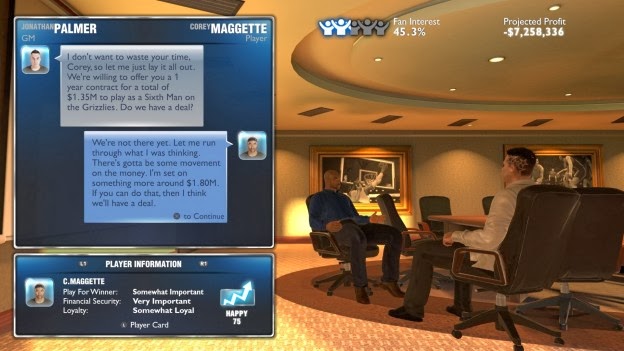 This could have been an 8 or a 9 easily, but a couple of concessions were made for this generation of consoles. There are a handful of different modes, such as online tournaments, MyGM (think of it as a franchise mode with some RPG elements sprinkled in), MyTeam (a fantasy basketball/card collecting hybrid similar to Madden’s MUT mode) and my personal favorite: MyCareer.

MyCareer in particular soaked up entire days. There are RPG elements such as choices to be made and a sense of progression and improvement to your character that really appeals to me. You go through humble beginnings like the Rookie Showcase game and being a bench warming rookie to one day making your bid for the Hall of Fame. This is seriously good stuff, even if some of the aforementioned goals are almost impossible to attain depending on circumstance.

MyGM is new to this generation of consoles, also adding some role-playing and progression to the prior Association/franchise modes. You navigate a team through several seasons, doing your best to build relationships with the team owner, the players and more while trying to craft the best team you can between games. During the games, you are in full control.

The blown opportunity here is that in some ways, this game stands as the exact opposite of what these new generation consoles have been touting – social features. These single player modes are absolutely awesome, and I spend most of my time in those modes, so the efforts and improvements are definitely appreciated. That said, two modes got chopped for the Xbox One and PlayStation 4. One of these is the mode where you choose Lebron James’ future and play through two distinctly different scenarios. It sounded interesting, but it was a mode I could do without.

However, the lack of an online franchise mode was a huge bummer to me and one of my buddies when we discovered that last week. This is a different one than my Madden-buddy, but this guy and myself have been playing NBA games against one another for many years. We live in different cities now though, so we were excited to try this out. Apparently the mode is there on PS3 and Xbox One, but it did not make the cut for this new console generation. This was a huge bummer to discover and likely shortens how long the two of us hold onto this game. 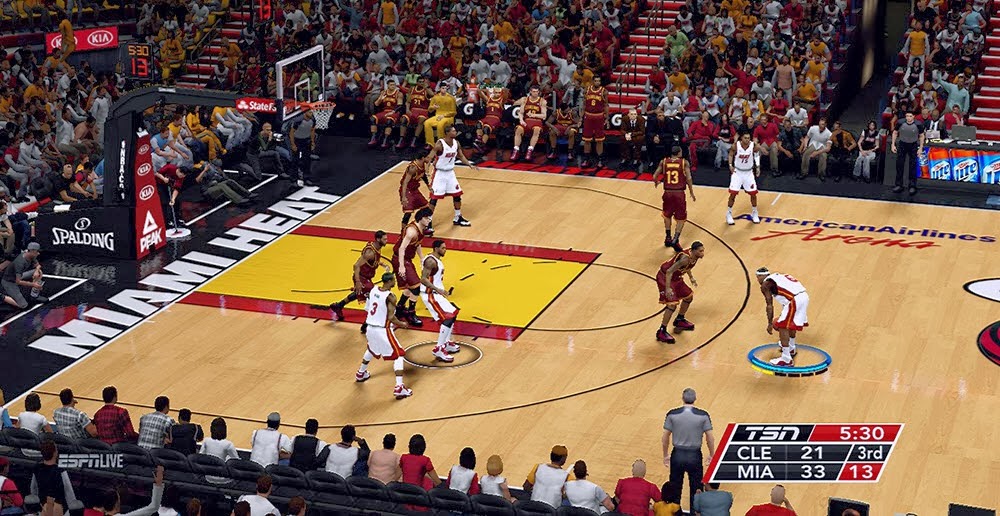 If you like NBA 2K titles, then this latest iteration is bound to impress. This is not an easy game for newcomers to break into, because the computer is ruthless and will make you regret trying cross court passes and over dribbling the ball. The bells and whistles along the way, the interesting RPG-like elements worked in and the seriously enjoyable gameplay make this one a winner in my book, despite a couple of disappointments along the way. 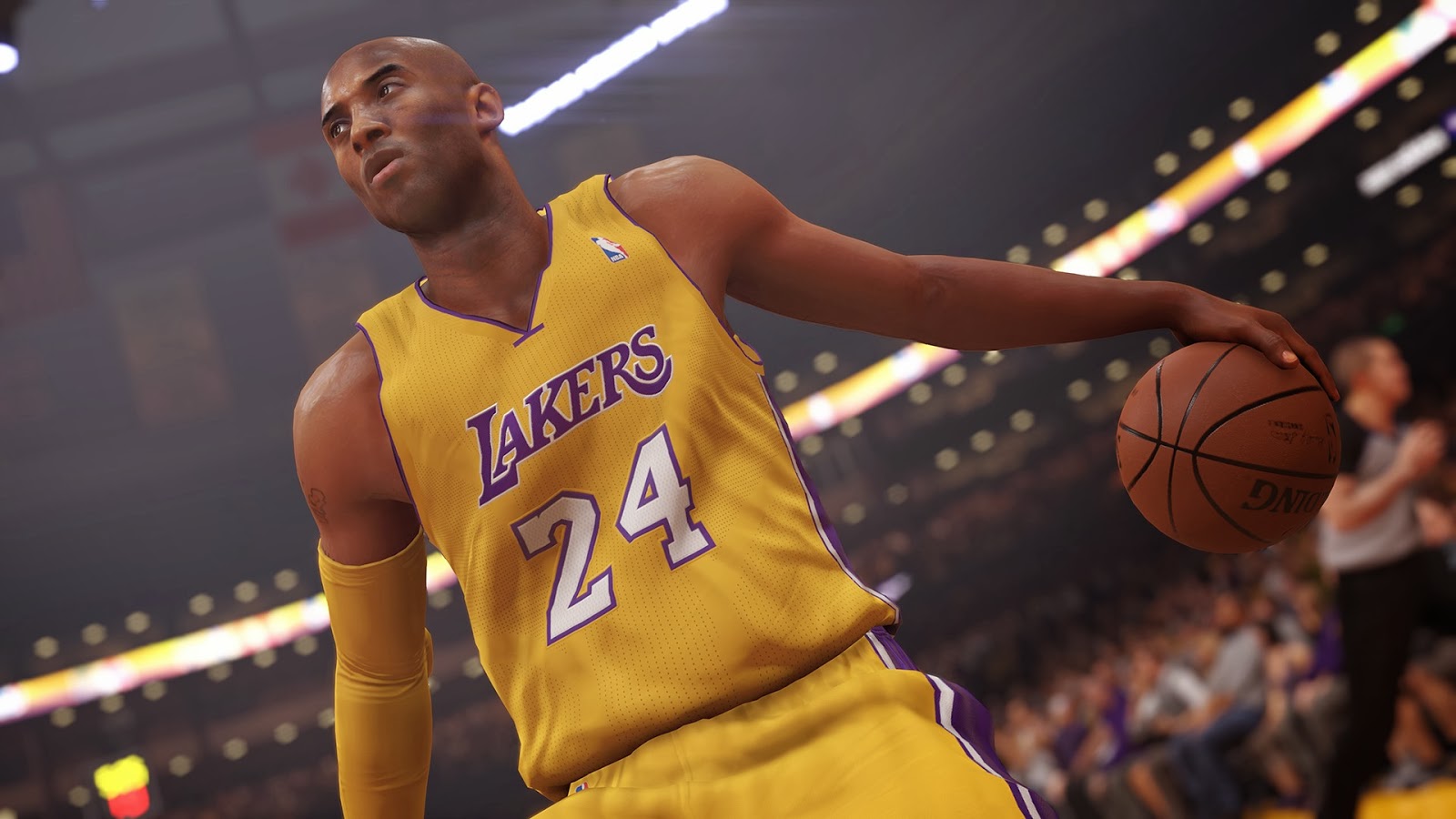