The story behind Constant C would be interesting to both science fiction fans as well as straight up puzzle fans, as it has to do with humankind’s experimentation with time travel. Unfortunately for our sake however, it appears that our experiments have broken something when it comes to Time itself and everything is now stuck in a timeless state. You star as Rescue Robot, who is booted up and guided along by a machine named “A.I.” 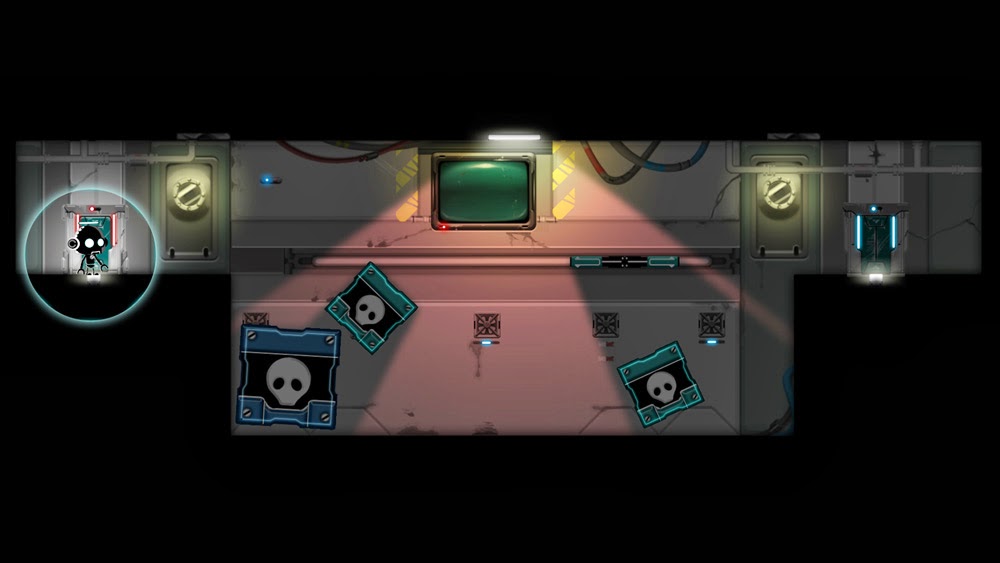 Through the course of the game you will return back to A.I. where you will be dropping off objectives and opening more areas as your little Rescue Robot. Equipped with The Time Circle, which allows the robot to move and interact with the environment (causing things to fall and spin, or power up), you begin your journey through dozens of levels where moving objects with the powers that you are granted by A.I. Constant C’s graphics are endearing; fairly bland in color scheme, but endearing. The clever use of shading and lighting gives the side-scrolling world-flipping game an excellent level of depth. That being said, the flat characteristics of Rescue Robot brings a disjointed contrast to the world around you. This looked slightly out of place in a space station frozen in time and it was at times, quite noticeable. On the other hand The Time Circle that perpetually encircles Rescue Robot brings some small but very neat graphical effects that really pop and bring life to an otherwise dead world. You will be running with your little Rescue Robot around the screen and small details in the background will come alive when your Time Circle passes them. Examples include little cut power conduits that will spew sparks, industrial-grade fans that being to spin and monitors which come to life in a static mess. The effects are minor, but intricate. The graphics overall are solid and I experienced no form of pop-in, frame rate loss, nor clipping on my system. The eerie and industrial sounding background music is great for about the first thirty minutes of gameplay. Unfortunately it is after that you begin to realize that the music, while good, tends to be a bit repetitive and covers up some of the ambient sounds. The environment sounds fit well as you will hear little servos whirring and saw blades spinning up as yout Time Circle allows them to activate. The laser beams that are placed throughout the station also give off a faint sizzle. The best part though, are the little beeps and bops of the Rescue Robot and the satisfying crunch and explosion that happens when he gets crushed. The audio is clean and clar as we did not experience any pops or hissing during the game. There is no voice acting but the lack of it does not detract from the charm of this game. If anything I think the lack of voice acting simply adds to the character of a little worker robot doing what he has to to save a space station. 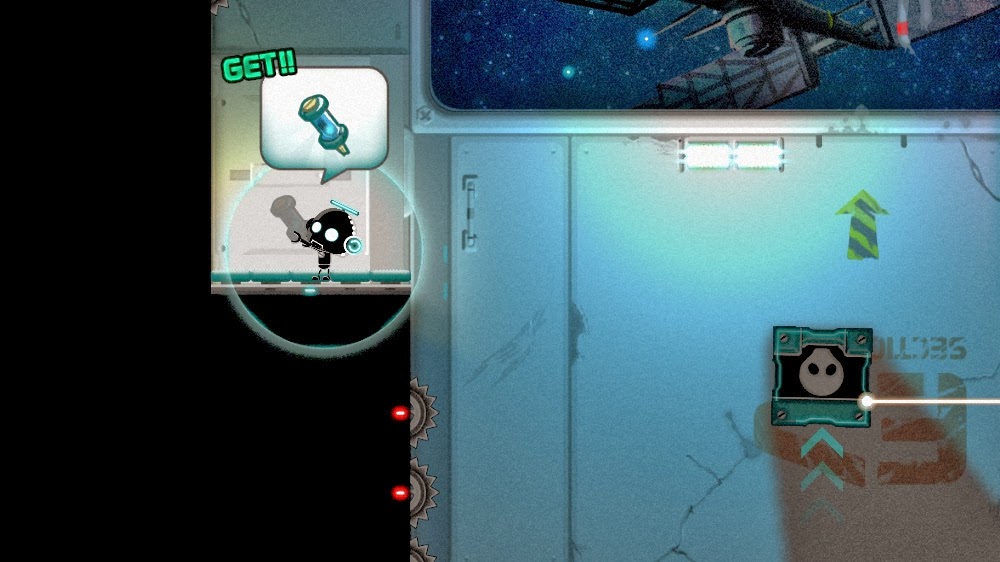 Constant C is as fun as it is frustrating at times. There were a number of levels (and there are a great many levels) where I would just get frustrated and feel like tossing my controller. That being said, one of the more generous options the game provides is that if you are stuck trying to get a certain item but you can get to the door that leads you to the next area, you then have the option to skip the current area and come back later with a fresh mind. I did that more than a few times. Aside from being able to bypass and revisit an area, you can zoom out on the map and look around allowing you to view the entire level so you can plan your strategy.

At times I must have looked like a fool as I rotated my head this way and that, trying to envision the way I would rotate the map. This leads me to a fantastic gameplay mechanic: you can rotate the world. This helps with grabbing items, bypassing traps and providing the correct direction for ‘gravity’ to fall. It is all quite unique and very satisfying. The controls in Constant C are simple on the Xbox 360. While the the controller is well laid out, there are a few things to get used to. The primary one is the interact or use button. The left analog stick moves you left and right, the Right Trigger is your interact/use button, the A button jumps, and the B, Y, X buttons all rotate the world. It is different, but it works and it works quite well once you get past the initial learning curve. 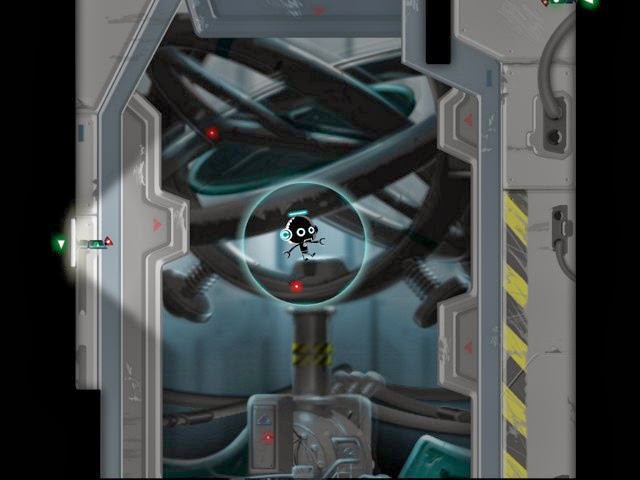 The ability to rotate the world and direct falling items by choosing which way gravity will take them can lead to some frustratingly funny moments as well as give you considerable flexibility on how to gather items and move on to the next level. I am quite certain that there were plenty of times that I managed to grab a data disk or get to a door in a manner that was probably not intended, yet the game actually allowed me to do so. It never felt like I was cheating the game in that regard. It felt more like a happy accident and the experience was quite satisfying when it occurred. The sheer number of levels and the different ways you can get through them offer plenty of replay value. The best part though, is that you can play one or two levels to get a quick fix and then put it down for a while. 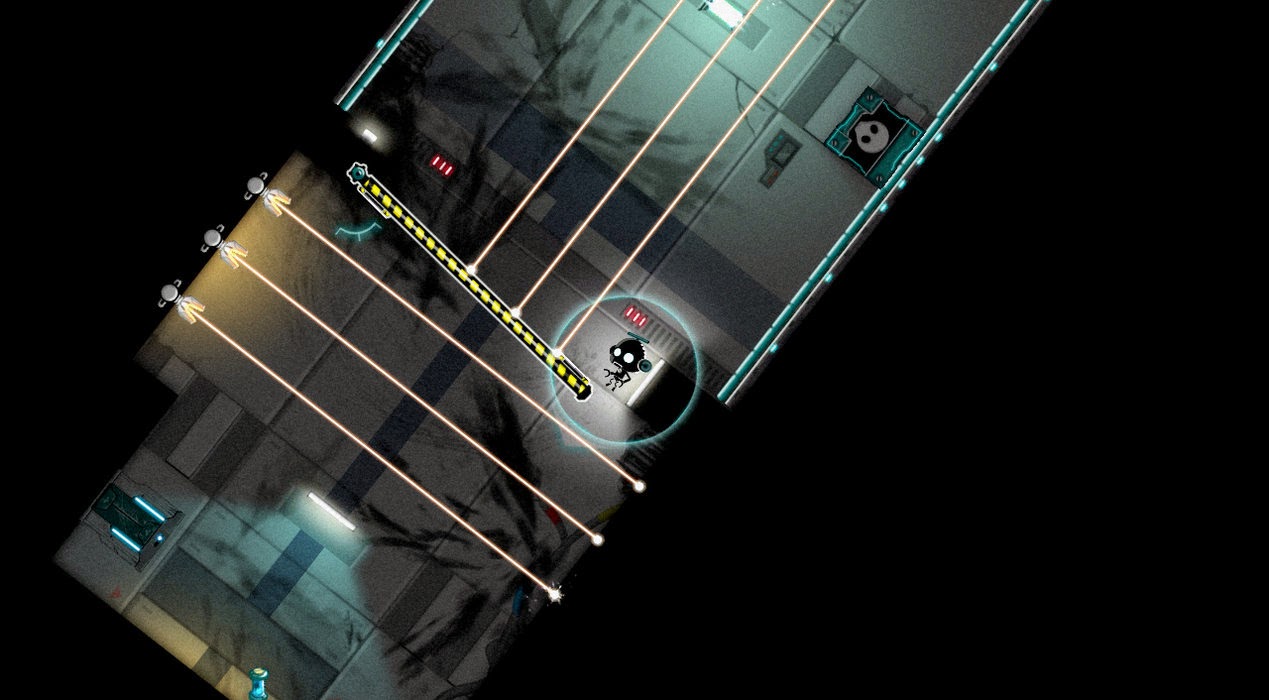 I can easily see myself picking this game up again down the road just to run through a few levels, even after beating the game. It is fun twist on the puzzle/platformer genre and Constant C is a blast to spend some time with. For the majority of the game you do feel a bit lonely, but not in a bad way. This is the theme of the game and it all comes together perfectly. The music, the subtle sound effects and attractive visuals all bring about a very peaceful feel to the experience. Soft lighting and hard, dark shadows give it an air of being abandoned without feeling oppressive or dismal. While the levels were challenging and fun, I found myself wishing for more. Whether it was more difficult, more variety to the levels or some sort of random oddity that can occur during play. I certainly enjoyed my time with Constant C and look forward to seeing more from the the fantastic minds at IGS. 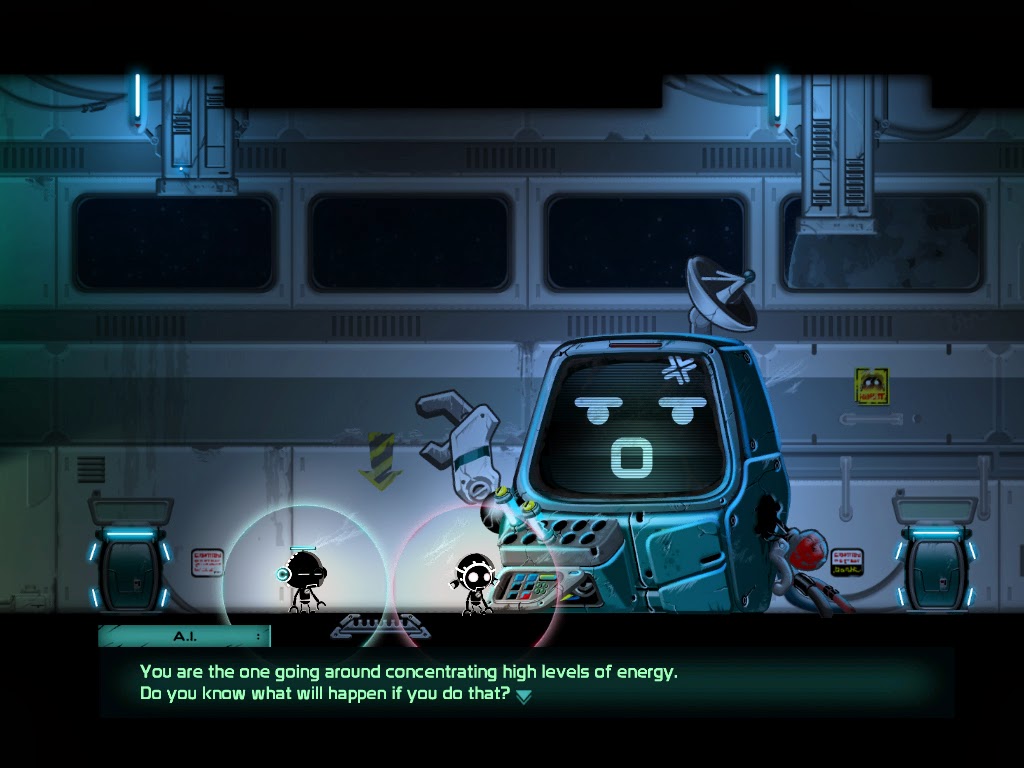