I had little experience with the Deception series of games even though they first launched back in 1996 so when I sat down with Deception IV: Blood Ties I came in with a blank slate. After spending my time playing as Laegrinna who is the Devil’s “daughter”, I can only admit that I have been seriously missing out over the last two decades. I am normally not a big fan of puzzle games, so there is a bit of trepidation whenever I receive one and now, after playing Deception I have to say this: if every puzzle game was as funny, brutal and sadistic as this, I would be a convert. 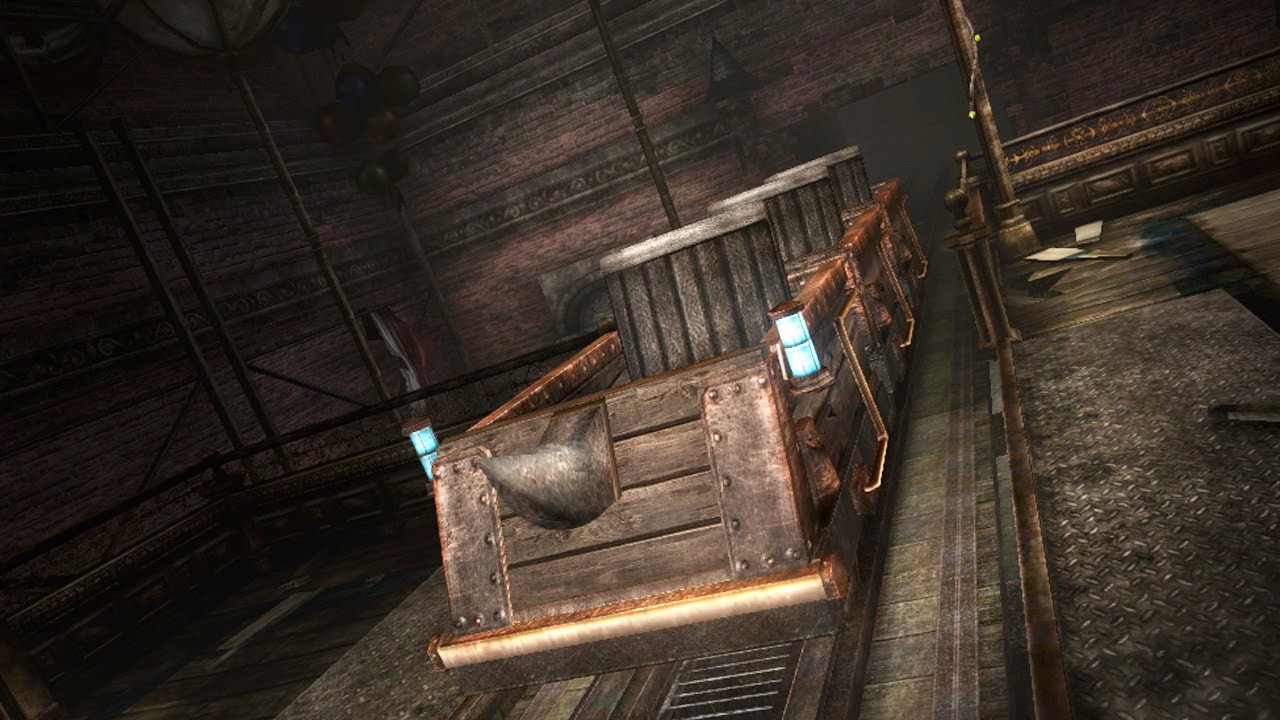 You start off with a little back story about how you are the Devil’s daughter, though it is more like you are a being created by taking a little bit of the essence of the Devil himself. On top of that, you are cavorting with band of merry daemons: Veruza, Caela, and Lilia. Each demon has a particular attribute that they embody. Veruza, a feisty and fiery redhead embodies the Sadistic trait; Caela, an elegant, attractive, and calculating daemon embodies the Elaborate trait, and finally, Lilia is a young and immature daemon that embodies the Humiliating trait. Your purpose is to retrieve the Holy Verses, a special artifact that does all sorts of wonderful magic-y things. These need to be gathered from the descendants of the Twelve Saints; essentially the Heroes of old. You will be luring would-be adventures and hero-descendants into a plethora of traps designed to fling people across the map, electrocute them, impale them, or bonk them on the head with a toy mallet. You will spend countless hours developing often-hilarious ways to dispatch these would-be heroes to gain their parts of the Holy Verses. 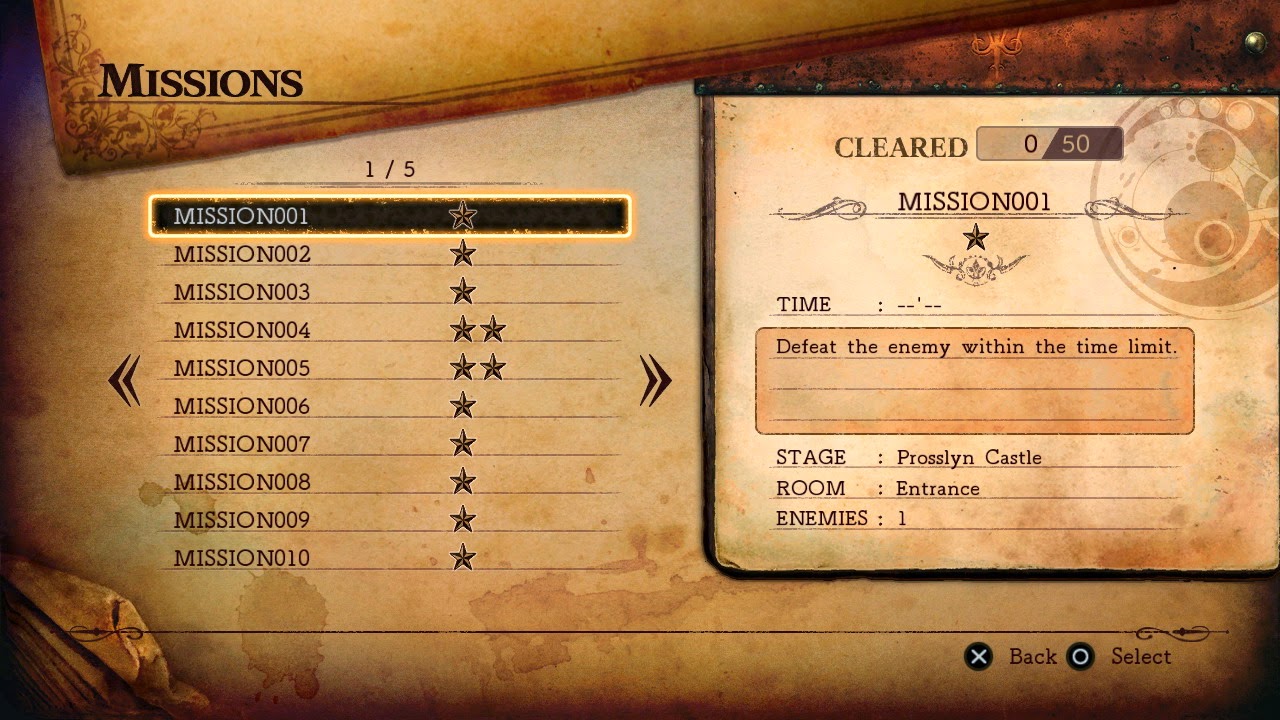 Once you get into the game you will see that it was not made to be the most attractive title on the market. The textures and character models are good, though the environments are a bit empty. The few particle effects that you will come across are quite nice, as are the different effects of the traps that are usable. There is a brown tint to the majority of the levels that you will come across and interact with, though it fits given the period of time that is portrayed in the game. There was no pop-in or clipping and everything felt quite well put together, if barren and empty at times. Between levels you will be greeted with semi-animated hand-drawn cutscenes where the protagonists and antagonists trade jibes that are well done, if a little awkward at times. The cutscenes take place with a static background with the speakers fading in and out as static images depicting the different emotions that they are portraying. The saving grace to the graphics is that it is running at a smooth 30FPS with zero slow downs and is very response. Additionally the very creative traps at your disposal look good, with each one ranging from brutal to funny. 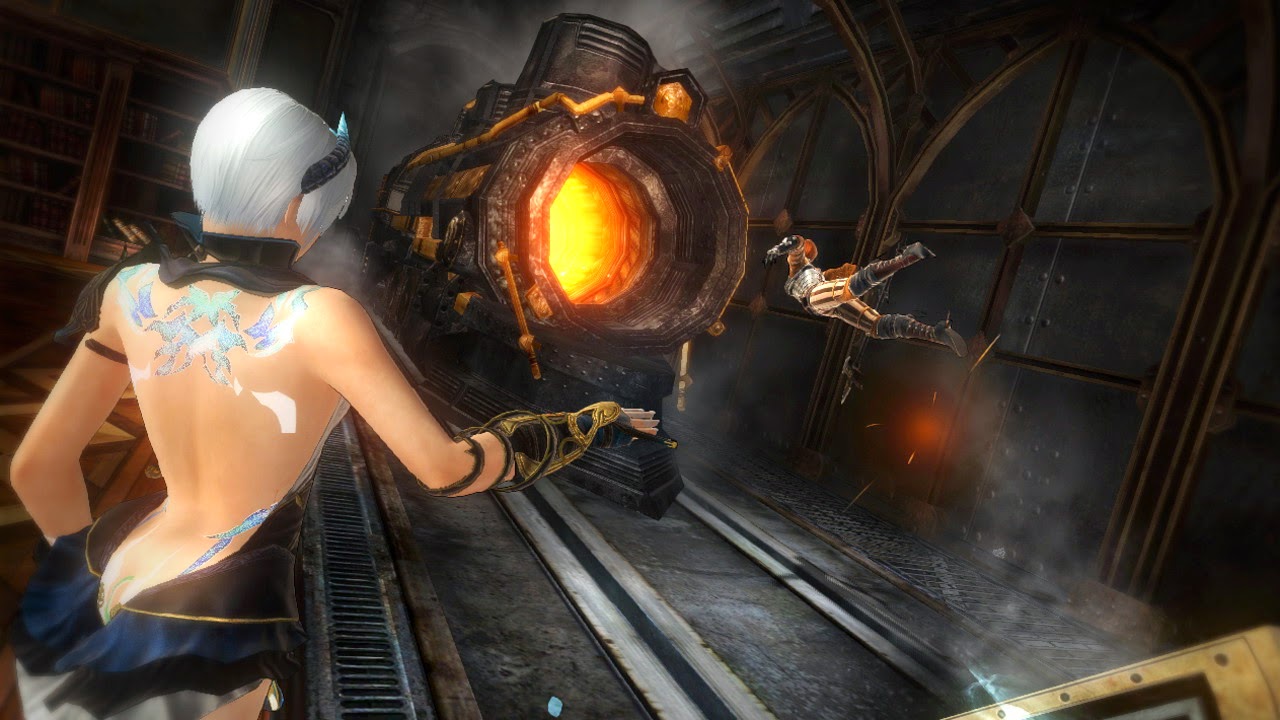 The music fits in well as it feels like it would be a good soundtrack to a classic novel like Bram Stoker’s Dracula; it feels dark, urgent, and stressful. The ambient environment sound effects are quite clean and enjoyable and provide a sense of auditory depth for each of the rooms you may be visiting. In one part of the game you are in an old industrial building that has what is referred to as a ‘car wash,’ (though it was more like two spinning cylinders of death) as well as a train that speeds by periodically. You hear the constant swishing and whirring of the car wash and the sound of the locomotive hurling through the level and when you added the screams of your victims and the clunks of your traps, it made for a very vibrant experience. The real star of the audio though, is in the voice acting. The Japanese voice actors (seiyū) are all absolutely top notch as the talent was pulled from the massive pool of seiyū used in the anime industry, which brings me to one of the downsides of the audio in Deception IV. There is no English dub of the game. While I myself prefer the Japanese seiyū, some gamers prefer to have dubs rather than needing to read the subtitles. This is more a matter of personal preference as I find that the Japanese cast is stellar and it also helps that I recognized a lot of the actors due to my love of anime. 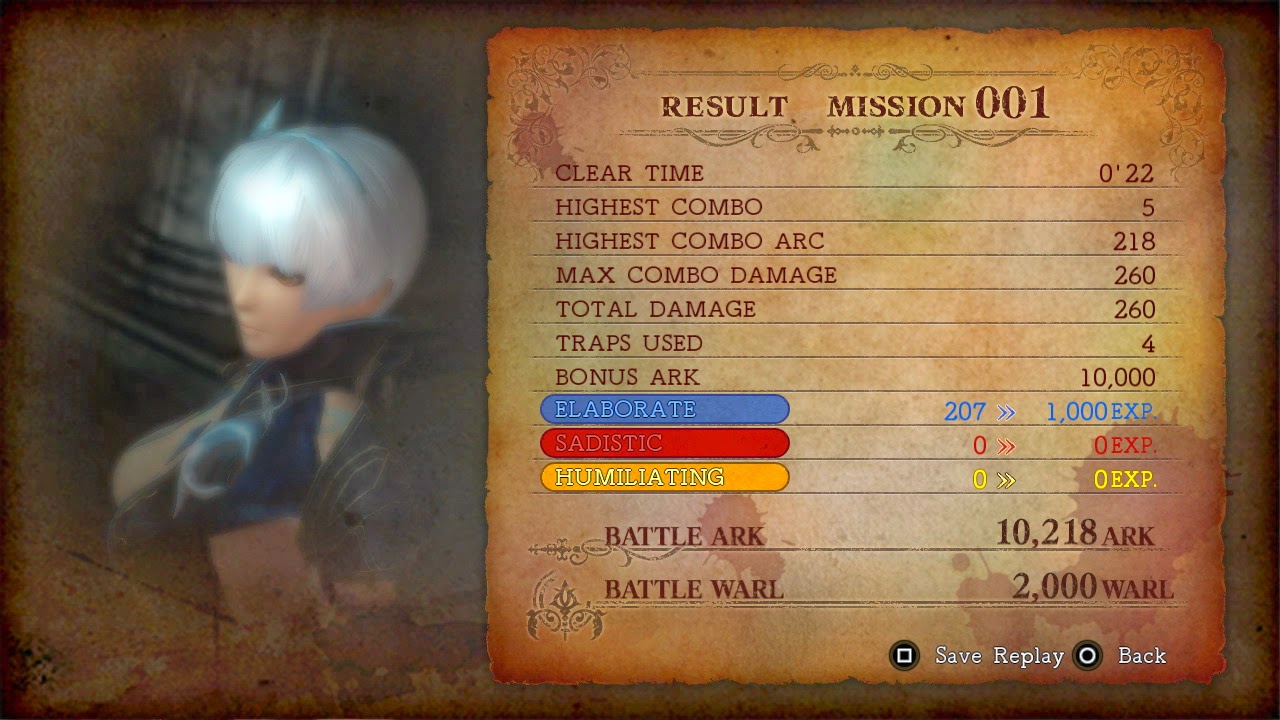 Combine trap-making with humor, over-the-top brutality, interactive environments, and spectacular puzzles, and you will have Deception IV: Blood Ties. The level designs range from basic single-story rooms with four walls and a giant, automated chariot that has a tendency to run friends and foes down, to multi-story rooms with torture wheels, electric chairs, and guillotines. The interactivity of the environments brings about a great many ways you can utilize traps to decimate your foes which in turn provides you with money (Wald) or the equivalent of experience points (Ark). Throughout the levels you’ll be prompted by three daemons who are your allies to dispose of aggressors in one of three ways using Elaborate traps, Humiliating traps, or Sadistic traps and these mini-objectives keep the game feeling fresh and challenging while rewarding you with bonus Ark and Wald. Each provide unique (and sometime hilarious) debilitations and/or levels of pain for the poor sap that gets lured into one and the added Wald allows you to go through and unlock more Traps, Abilities and later, Costumes. The controls are solid, though, at some points a little frustrating as you’ll be using the right analog stick to rotate the camera to view the level and I found that more often than not the controls would get confused and get stuck in a particular corner; I’m not sure if it is an issue of a faulty controller of if it is an issue with camera control, but it was enough that I felt it necessary to bring it up. 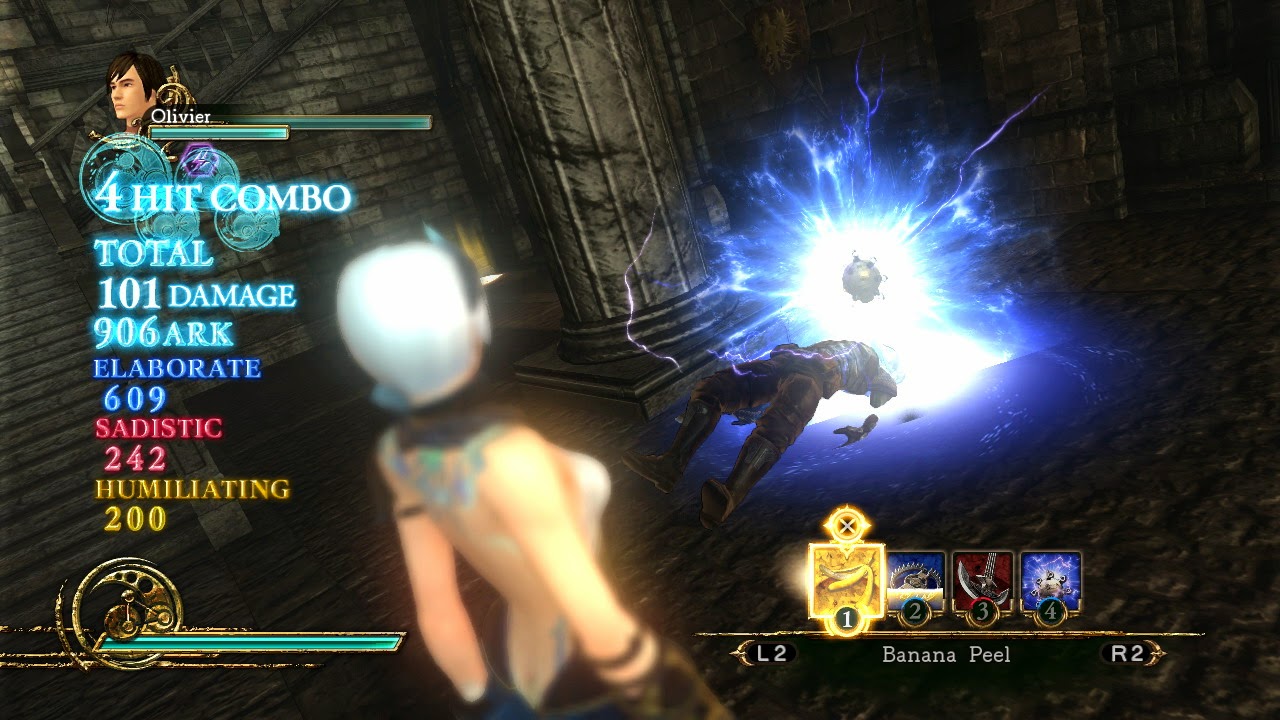 There is certainly plenty to do in Deception IV; ranging from story mode to mission mode, which is essentially a challenge mode/time attack mode with individual objectives. You will find that there is no end  to the enjoyment out of the puzzles, the traps and the freedom to choose how to lay out your arsenal of traps to ensure maximum pain in the most brutal, sadistic or hilarious way possible. The mini objectives provided to you by your daemon entourage throughout the game add a refreshing mid-level challenge that will provide you with some relatively hilarious moments as well as a boost to your EXP and your money pouch. A neat feature is to go through and use the cross-quest feature which allows you to take on the challenges that are created by other players or, if you prefer you can create challenges and upload them to the server to allow others to play your missions. There really is no end to the replay-ability of Deception IV and for those who like humor and puzzles, there is no reason to not pick up Deception IV. 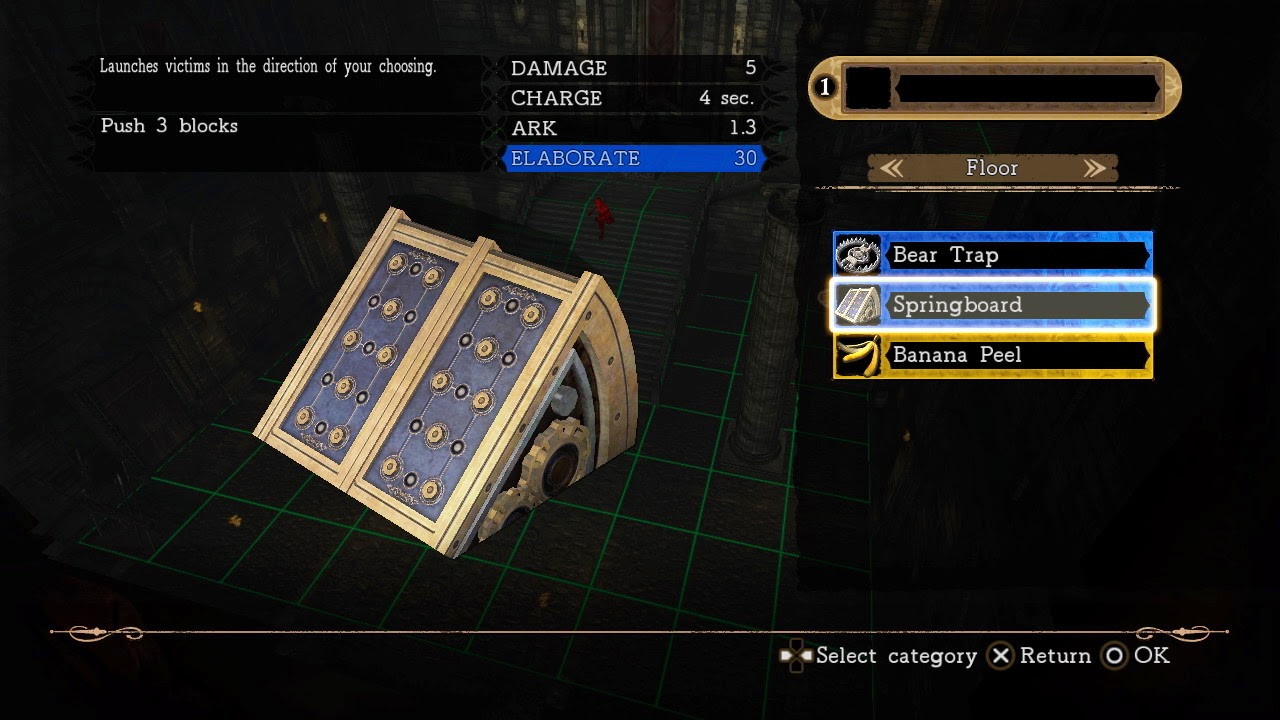 Overall I enjoyed my time with Deception; the humor, the puzzles, the interactive environments, all of it is put together solidly and provides a rich and entertaining experience that lives up to the good name that the Deception series has had over the last two decades. While not exactly a deep game, the humor, enjoyable story, amazing voice acting, and sheer number of ways to tackle an objective provide you with countless hours of trap-making fun. The extra modes, such as Mission Mode, Cross-Quest Mode, and Free Battle Mode provide you with even more content to sift through and bad guys to fling around. On the down side the graphics certainly feel muted and could benefit from a bit more variety in the halls that you use to traverse from one room to the next. All in all it is a very enjoyable experience and I know that I will pick it up again down the road to run through a few of the free battles or missions in mission mode to just experience the gritty, dark, and humorous feeling that comes with Deception IV: Blood Ties.