Outland is a game that became very popular on the PlayStation Network when it first released, scoring quite a few positive reviews. The premise is fairly simple, with action and platforming making up the majority of your tasks. 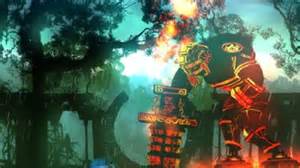 Here is the thing, Outland rubbed me a bit wrong – almost like Danger Joe did when it released. I could rationalize that it was a well-made game, with excellent visuals, an interesting enough soundtrack and some cool ideas that will likely appeal to a lot of gamers – but not so much to me. It is one of the few games I never got around to beating. I did log several hours and by all accounts am now in the final stretch – I just never really felt compelled to beat it, and finally gave up on it.

Aside from the excellent (if slightly overused lately) art style with dark visuals accented by bright colors, the main draw to Outland is a sort of shifted state where you can battle/interact with/become immune to things based on which of the two states you are in at the time. It is similar to, and may have been a source of inspiration to the living/dead worlds of Guacamelee! That being said, I loved Guacamelee! and felt as though it was a more interesting game over the long haul. 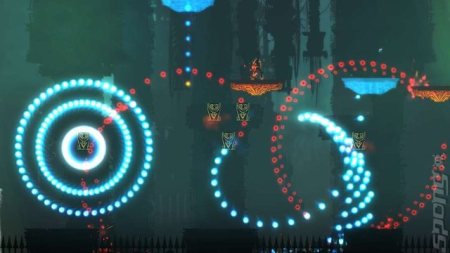 As I think about it, I suspect that is my primary complaint about Outland. It starts interestingly enough (despite the fact that platforming and racing are probably my two least favorite video game genres), but the mechanic loses some of its luster over time. Beneath it there just was not a lot to keep me hooked after the first several hours.

Outland is certainly not a bad game, and some people will likely enjoy it more than I did. For me it is probably about a 6 out of 10, however. I can appreciate it on a technical level, and fans of platform adventuring will likely get more out of it than I did, but for me personally Outland lacked the ability to keep me hooked. The lack of story and overall varying gameplay mechanics just provided very little reason to come back to it again and again. 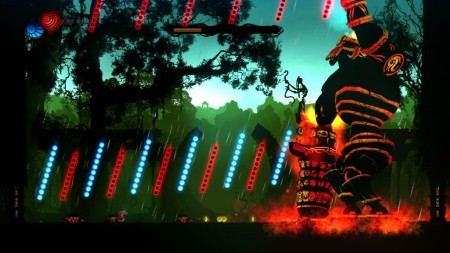