The Witch and the Hundred Knight attempts to do a lot of different things, and while a few of the mechanics miss their mark, the overall package of this RPG title succeeds by taking several successful chances along the way. 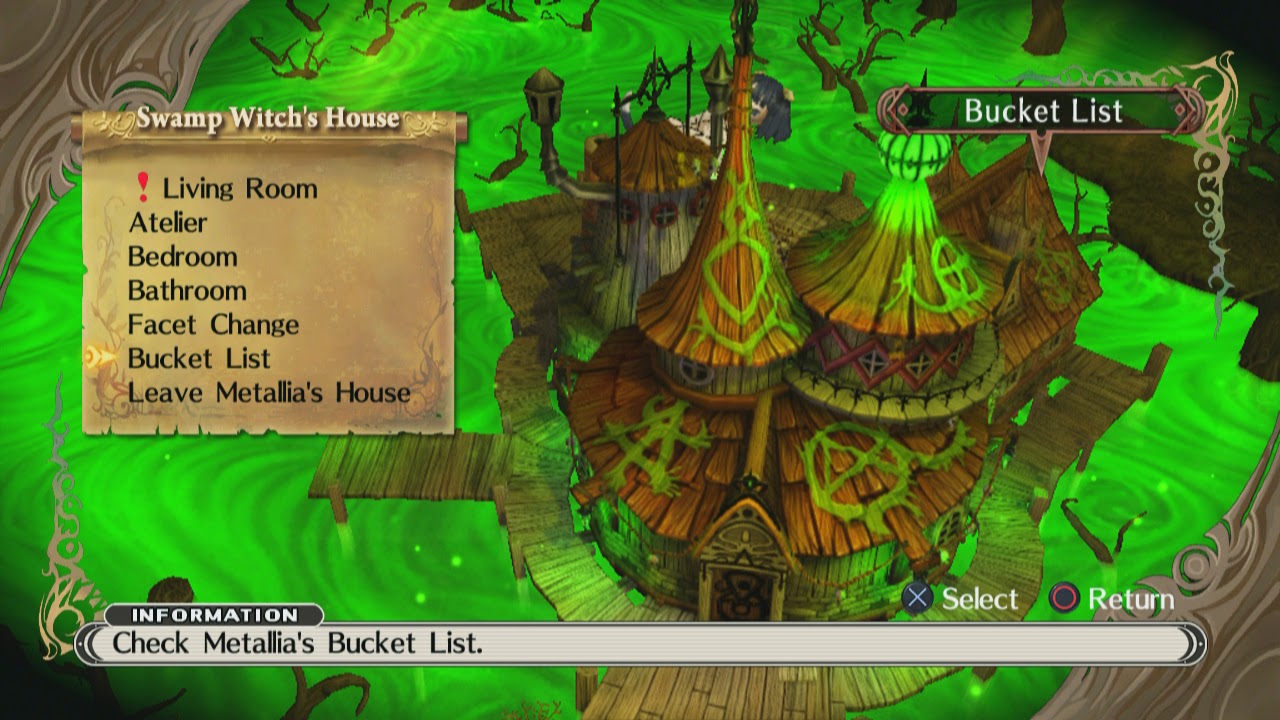 Most people when they think of knights envision heavily armored heroes riding upon great steeds to battle for glory or honor. The role you are cast into in this title is quite different, however. You are the Hundred Knight, and your character is a diminutive creature barely capable of defending himself at the outset and is largely played out as a silent protagonist bound to the powerful Swamp Witch.

The game starts up in somewhat confusing fashion, as though you are being awakened from a deep slumber with no real identity or purpose. This gives the game an opportunity to teach you the mechanics, which grow throughout the game and are gradually introduced as their nuance grows.

Perhaps the most interesting aspect of this game’s storyline is that you are actually serving a villain. It is not the first tale where you are simply a lackey, but the story feels like it has very little to do with your character – at least early on. Unlike a game such as Overlord where you are simply relishing in your evil deeds, here you toil away for the Swamp Witch because she has bound you to a contract against your will, and she wishes to see her magically evil swamp expanded across the world. 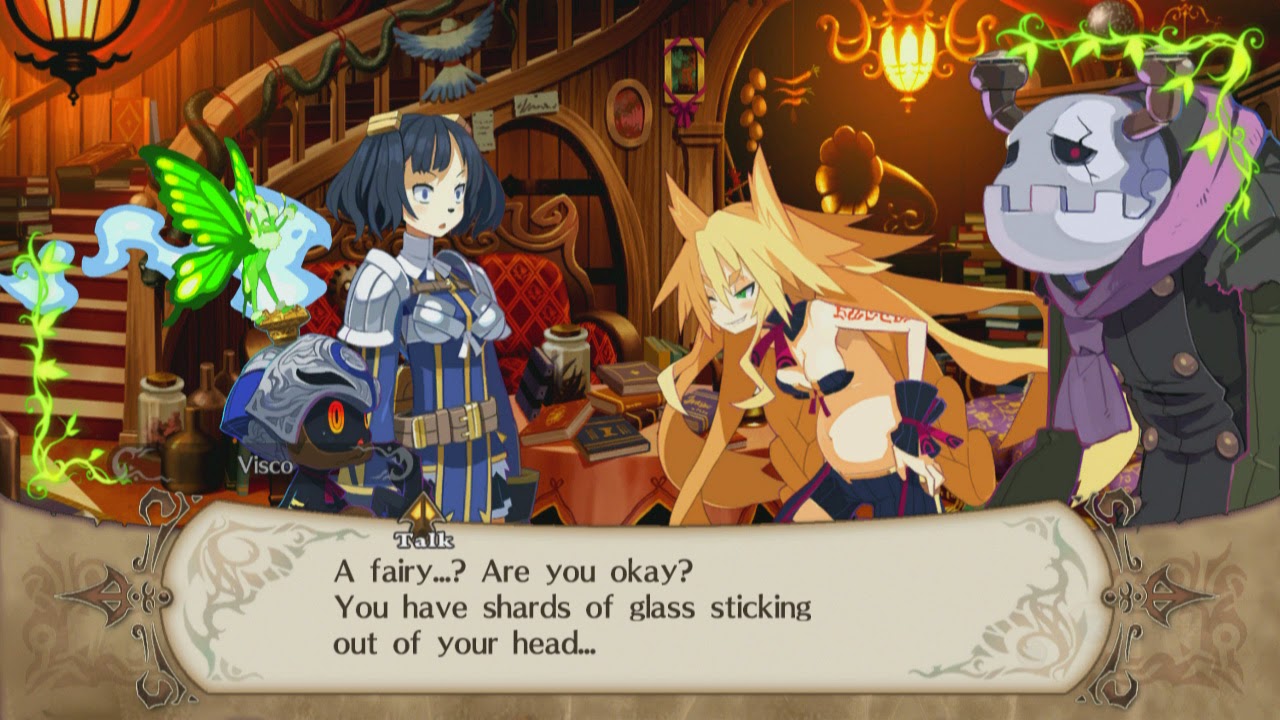 I really liked the visual style here. The colors are vivid, there is plenty of animation taking place on the screen. The characters are somewhat small and therefor lacking in detail during gameplay, especially some of the less impressive enemies. It is interesting to note that the characters are seldom menacing in appearance, consisting of forest creatures and the like – further reinforcing the notion that you are working for a villain and not a hero. I liked the layered look of the graphics, but the upper level visuals do sometimes obscure what is happening on the screen. Since this is an action RGP and not a tactical one, that did lead to me getting struck unaware more often than I liked, though the mini map in the corner does help to negate this in more dense areas because you can see enemies on it. 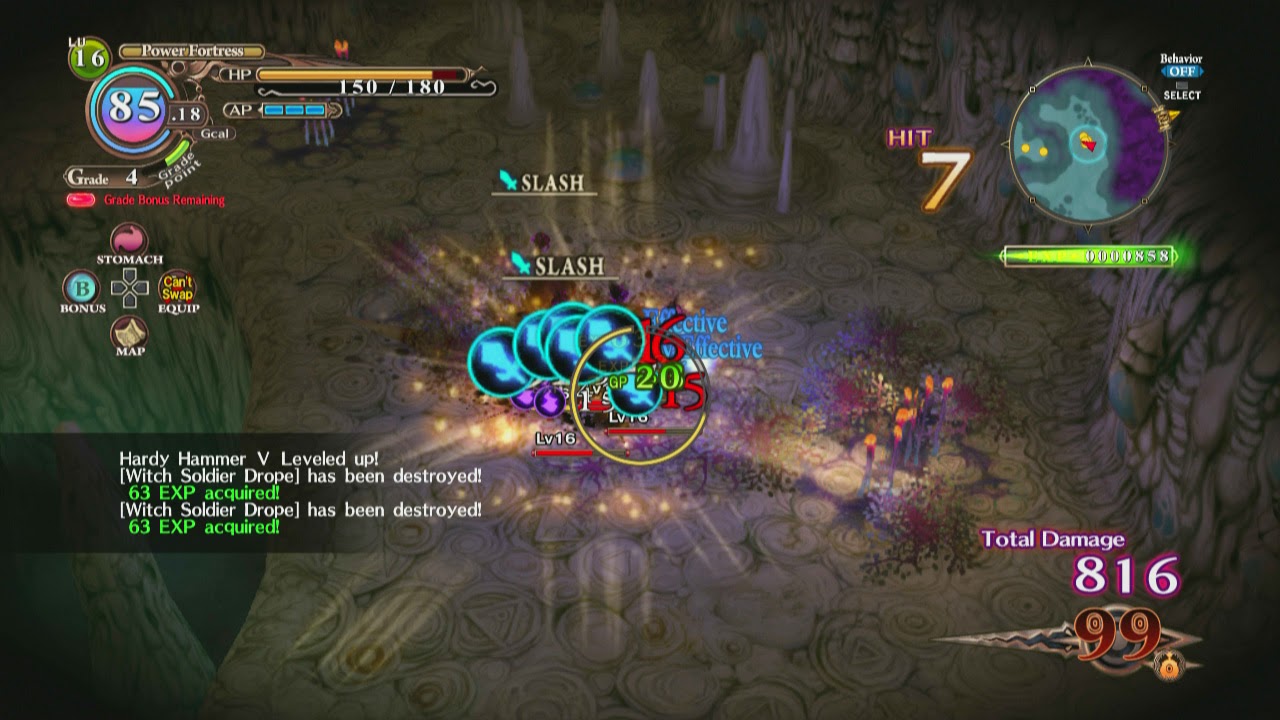 There is loads of voice acting here, and it is decent if generally unspectacular. I do appreciate that they are voicing the script however, and some of the lines while silly are also quite funny. The music however, is something of a standout here. I enjoy fantasy music in most games, but several of the songs were actually quite catchy. It was not just me that thought so either, as my youngest daughter said she really adored the music and my son turned down the computer when I was playing because he said he thought it was really good as well. 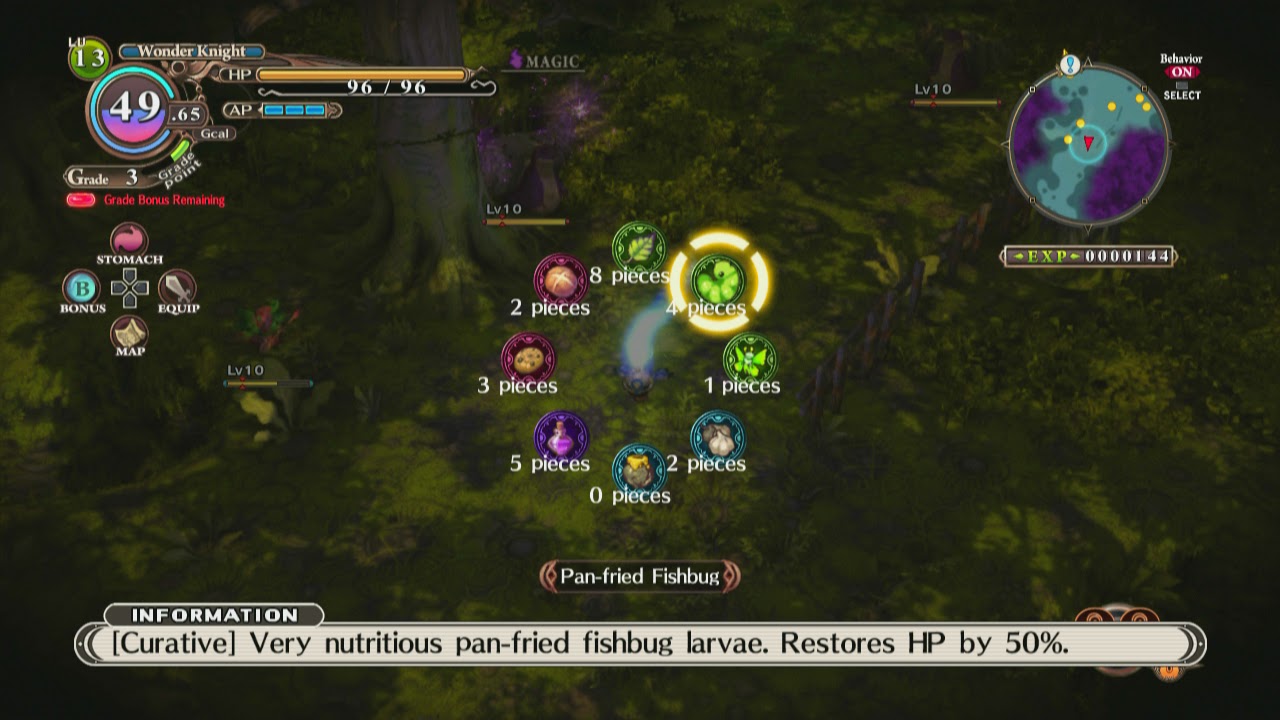 As I noted above, this is an action RPG and not a turn-based. As such, you walk around the map and actively encounter and fight creatures, usually mashing away at a single attack button. The game’s perspective and emphasis on multiple weapons carried at a time somewhat reminded me of the DeathSpank games, which is not a bad thing at all. Most of the puzzles are of the simple variety, throwing switches or killing enemies to put their dropped orbs on pressure plates – that kind of thing. Nothing that really stretched my problem solving skills, but it did break up the combat nicely.

The menus can take just a bit of getting used to. There is an interesting chaining system where equipping different types of weapons in a certain order gives them a damage boost. Gear levels up along with your character and you are encouraged to experiment because of this and the wide variety of weapon drops that occur.

There are hints of ‘too much’ thrown in here at times, however. You have a good deal to juggle – your stomach/inventory size, how long you can be away from the hub/Swamp Witch’s home, health bar, AP gauge and more. Thankfully the game itself is not terribly hard, but if you do find yourself struggling there is a creature you can talk to near the beginning that can change the difficulty setting for you. The ‘while you are on the field’ leveling/bonus system sort of reminds me of The Guided Fate Paradox, a roguelike strategy/RPG I was quite fond of. The system revolves around a system of gaining temporary benefits while you are traveling, though they get reset when you return home. You keep your levels and gear, but those temporary boosts to AP, attack power and more do not stay with you. 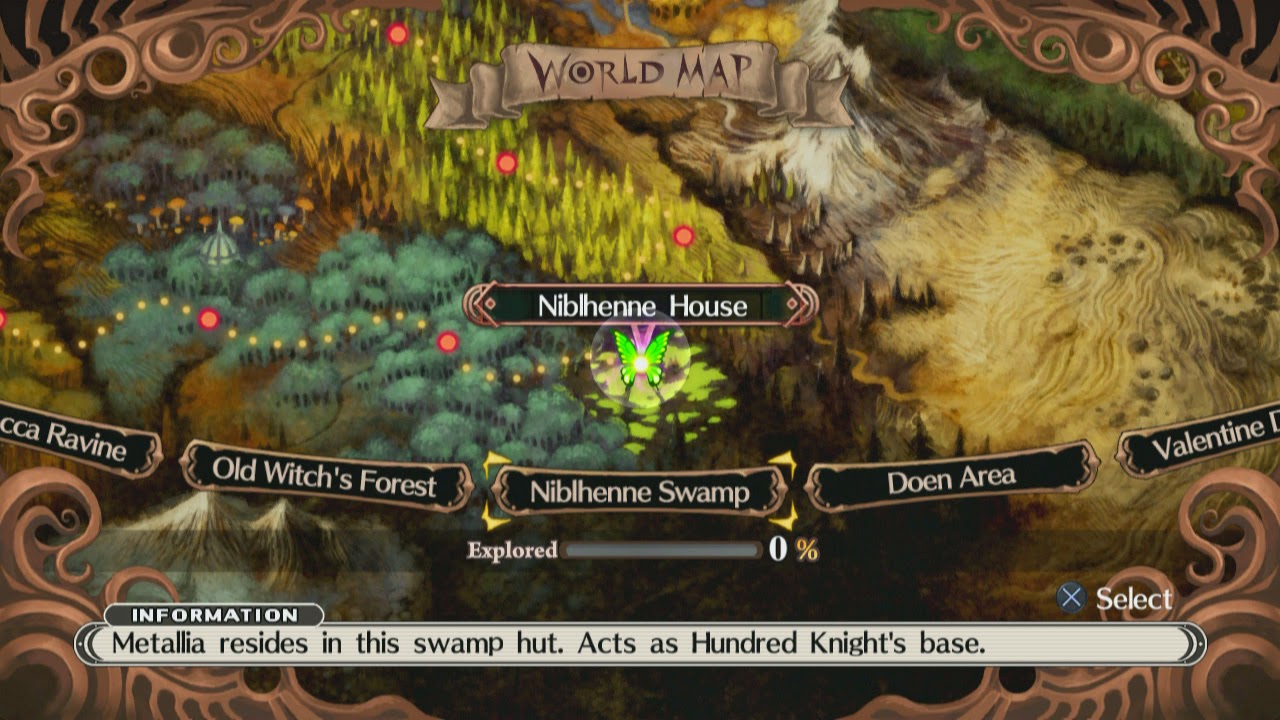 The story is more amusing than deeply interesting. The person controlling your character is not terribly likable, especially at the beginning. That does not mean however, that I did not laugh at some of her antics. The combat can begin to feel a little repetitive after a time, but I am also someone who goes out of his way to seek out enemies and fight as much as possible in RPG games because I enjoy the benefits of grinding experience.

It would have been nice as well if you could have saved anywhere. Instead you can only save at the primary hub, which you can return to easily enough if find and bloom pillars scattered throughout the forest. That said, I had an annoying glitch that crashed the game after one of my sessions where I had been playing for about an hour (it just kicked me back to my PlayStation menu), and because I had been grinding heavily to boost all of my stats before what I anticipated was an upcoming boss fight, I had not returned home to save. Hardly a deal killer, and I could not recreate the bug, but it was mildly annoying at the time. 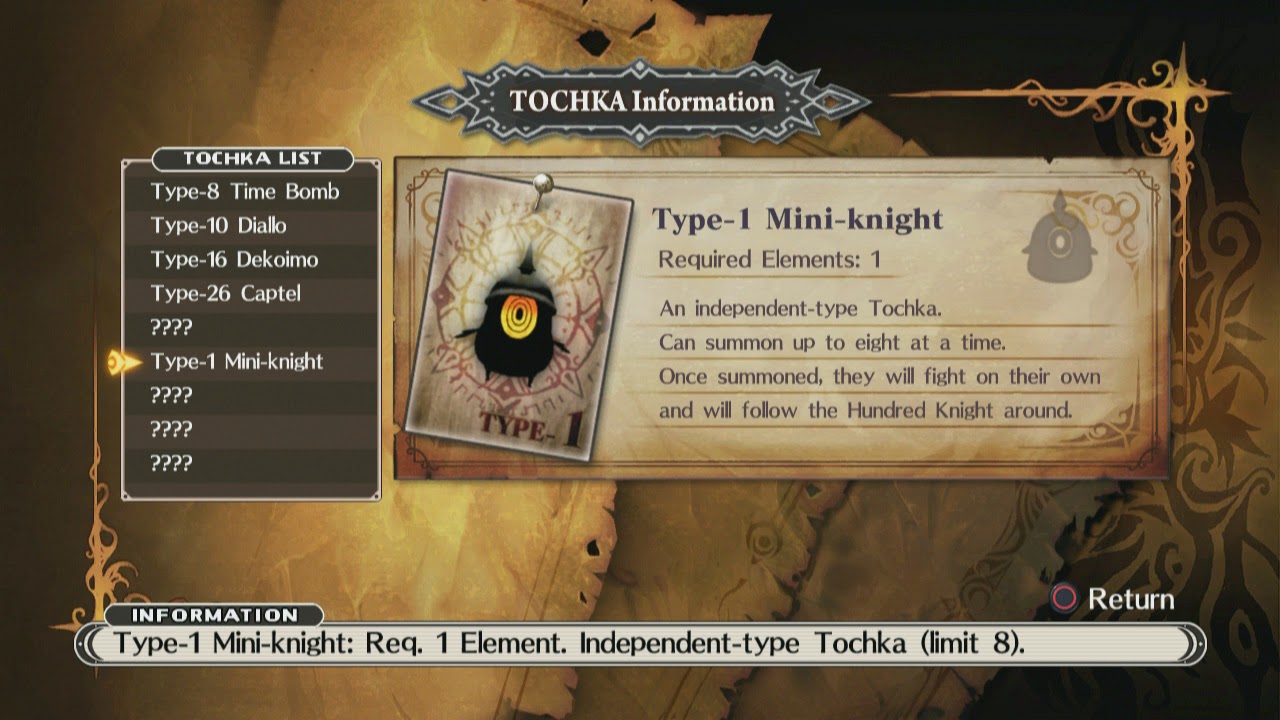 A good, if not great game. The characters and storyline are quirky, which gives them a certain amount of charm despite an interesting premise (the assistant to a villain) that never really delivers on its promise. There is enough variety in the gameplay that it always feels like there are always things to do and something going on, though the kitchen sink approach that throws in so many gameplay mechanics might feel somewhat overwhelming to some players.