Agarest: Generations of War Zero is a PC port of the prequel to the Agarest War games; solid strategy RPG entries on home consoles and this newest port is a welcome addition to a longstanding family of spectacular role-playing games. In true-to-the-family fashion, Generations of War Zero puts you in control of a veritable cast of characters, allows you to build them up both in the standard fashion of leveling as well develop your character through the Card Skill feature. 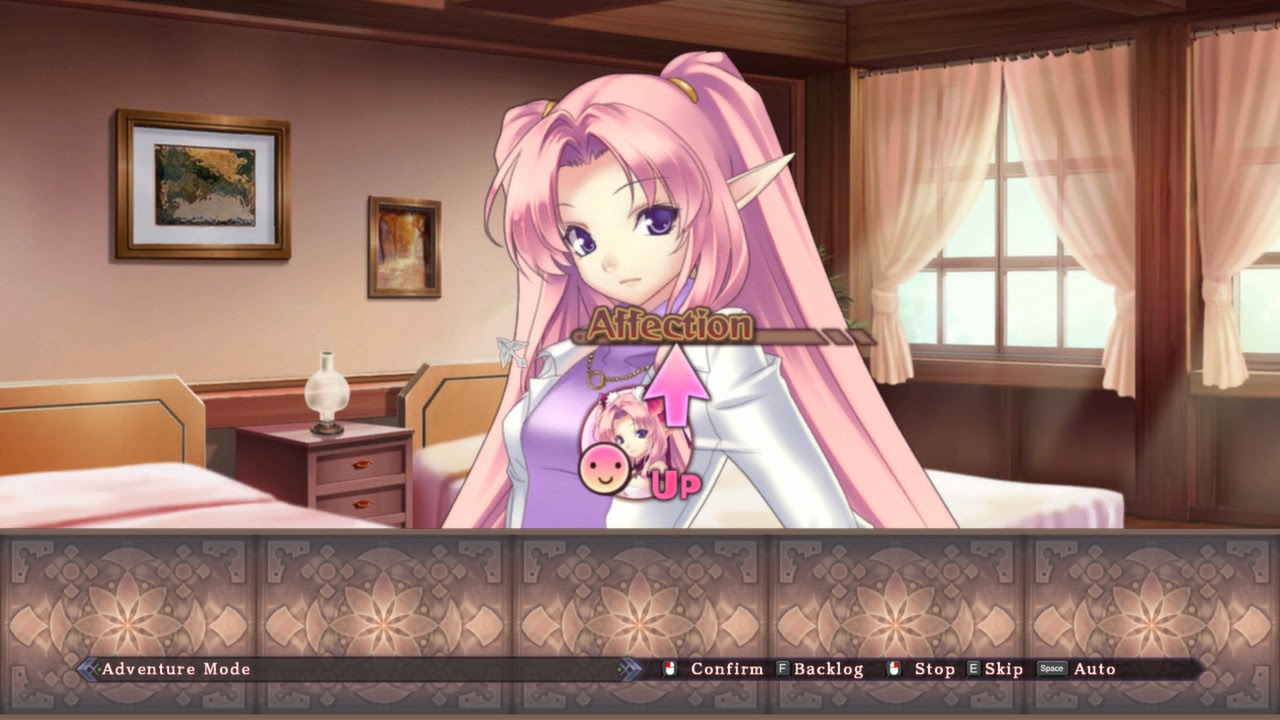 You will be able to develop and grow your characters, and their relationships, through these new mechanics, all to building better generations of heroes. In the midst of the deep strategic gameplay and character development, you will encounter defining points throughout the game that allow you to choose to fight for the Light or the Dark, bringing in a level of replay value that is so lauded in any RPG franchise. Do these mechanics add up and build a robust game worthy of the Agarest line? Read on to find out more. 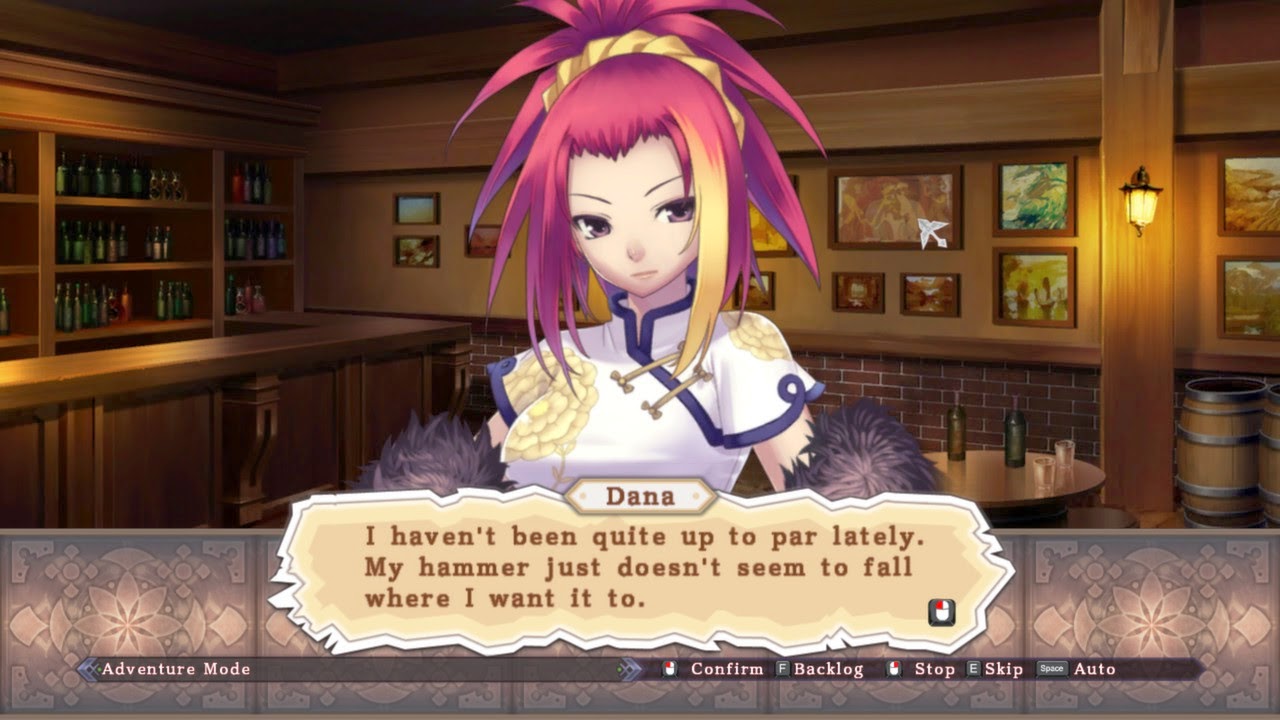 The graphics really speak to me; I am a huge fan of anime and this game is stylized in the exact same fashion as a lot of the anime I tend to enjoy. There is a wonderful marriage between 3D backgrounds and sprite-based character models. The sprites are drawn crisply and clearly and carry the same loving artistic style you’ll find in the other Agarest games, so fans of the series will be right at home. I did run into issues where, at 1920×1080, I wouldd have frame drops during the more intense battles However, when I reduced the resolution to 1280×720 these issues immediately disappeared. I can not count this as a design issue or a graphical bug, but instead blame it on the aging hardware of my computer. Particle effects are crisp, clean and speedy, and fit in well with the overall fantasy motif that is portrayed throughout the game.

The increased graphics power of modern computers, when compared to the Agarest: Generations of War Zero console counterparts really stands apart and shows that the quality and power that a computer can provide really says something. The biggest downfall when it comes to graphics is that a slight grid pattern and lack of clarity can appear when playing the game at 1920×1080. For an optimal viewing experience, I would recommend playing at 1280×720, as I believe that is what the game was designed for. Not much to gripe about, but I wanted to let it be known that it looks a little better at 1280×720 than 1920×1080 (which defies logic, yes, but grid patterns are non-existent at 1280×720); this may be a side effect of the game originally being designed for consoles.  However, it is in no way a hindrance to the quality of the animations, 3D backgrounds, or hand-drawn character art, as they are all stunning. 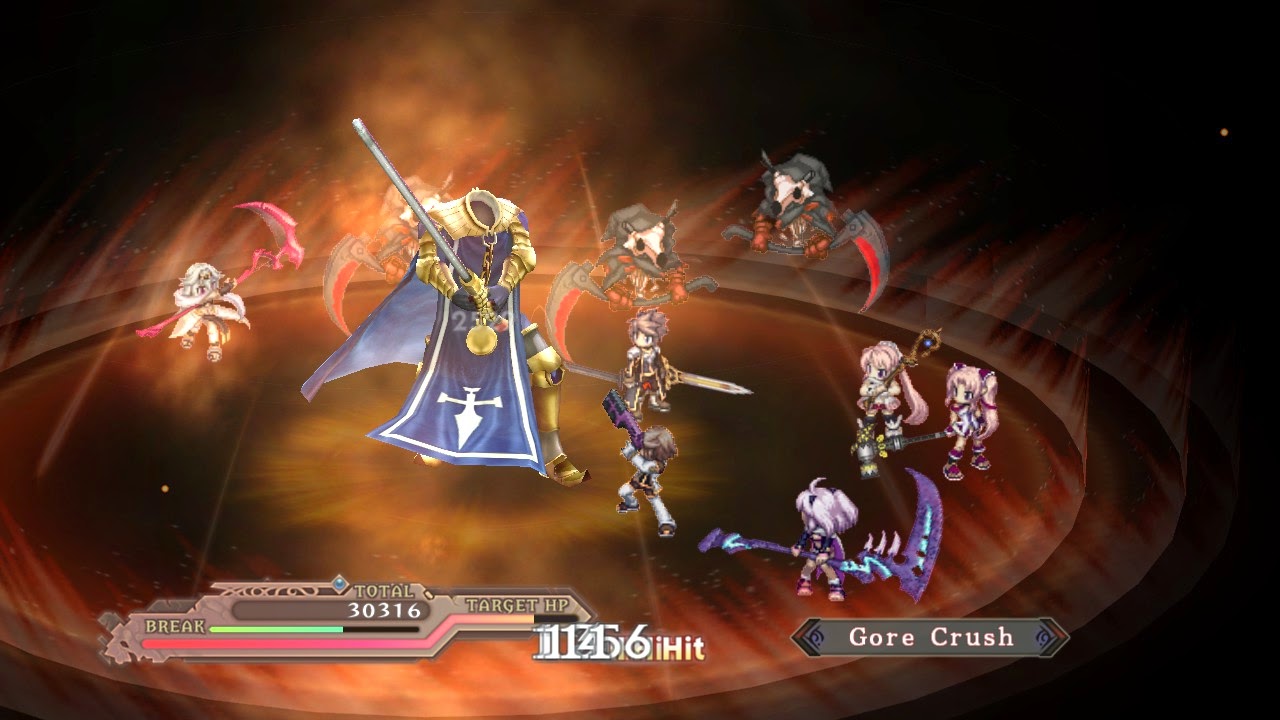 I have always had a bit of a soft spot for the scores that accompany most RPG games as the sound track tends to be, for lack of a better term, epic. Blaring fanfares and overtures, lilting compositions that set tension, and soft tracks will be expertly pared to the mood (or even set the mood) of a particular scene; the music in Agarest: Generations of War Zero is no exception. The voice acting, or rather seiyū (声優), is spectacular as is expected of most true JRPG games. While the lack of English dubbing may turn some gamers away, the quality of the acting is superb.

In my time with Agarest: Generations of War Zero I did not find a single point where I could tell that the seiyū were reading from a script. They put their heart and souls into the script and it comes through in a wonderful way. The ambient audio is a hair less enthralling, as environment sounds are fairly sparse, however, the quality is still excellent, though quiet but the seiyū make up for it. Sound effects, such as auto attacks or special skills sound rich and are synchronized well with their animations and I did not hear a single pop or static-filled sound effect throughout the game. 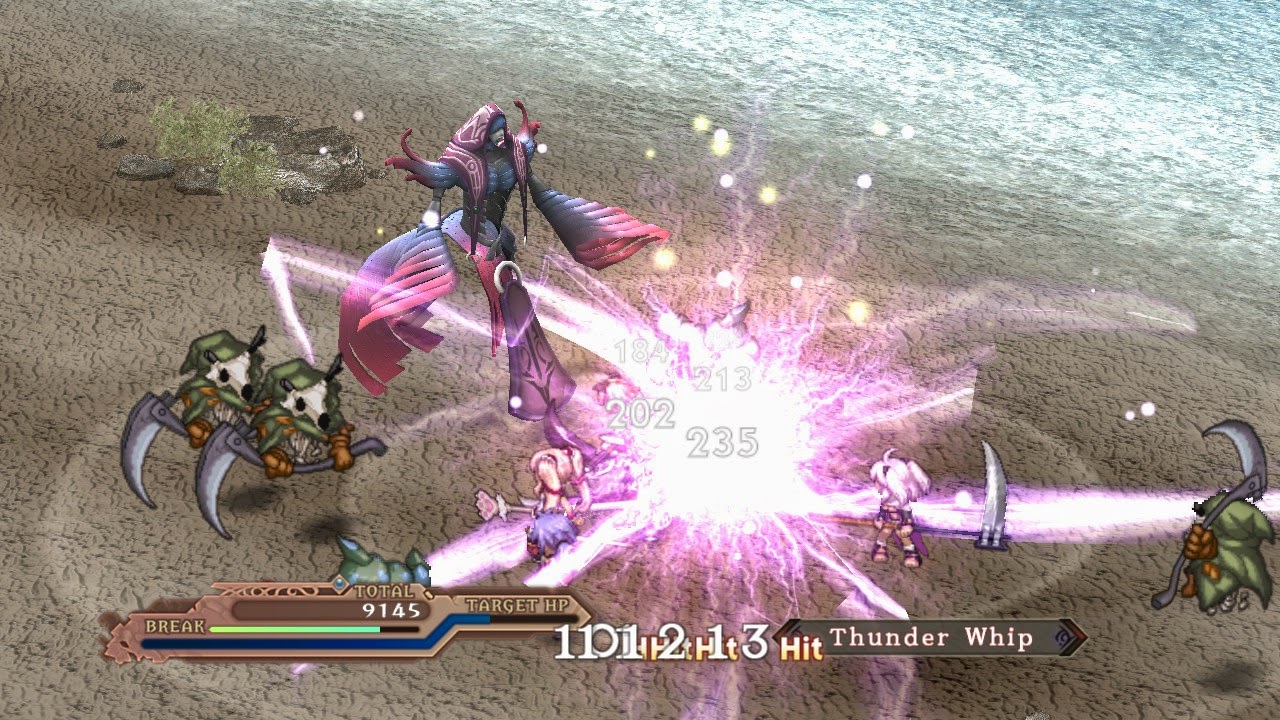 Agarest: Generations of War Zero is a bonafide, tried-and-true JRPG, though unlike most JRPG games grinding is not a requirement to beat the game. You can skim through and play at your own pace and still come out on top in the end if your did not spend 30 hours grinding your party to max levels. That being said, it is recommended (as it is for any JRPG) that you take the time and max out your characters, building up the most powerful teams that you can and acquiring the best gear possible as it is a part of the entire experience. Plus, the game is just plain fun so the grind isn’t as tedious as others out there. The tactical roleplaying experience is some of the best out there, though not quite as deep as the Disgea franchise or Final Fantasy Tactics.

You will find that your combined skills and character layout are far more important in Agarest than they are in other strategy-based role-playing games and the level of satisfaction that you will feel when defeating particularly hard battles is quite the high. The staple auto-play feature of the Agarest games, where you can simply press a button and the battles will be played out automatically; while it is a nice feature you will find that it is very basic and more often than not you will be controlling the characters (which is recommended, since the battles are quite thrilling). The story is filling, the unique choice of Light or Dark is interesting, the relationship building is fun, and the way you build your character’s persona through a Card Skill system is refreshing and gives the perception that you’re really crafting your own character. 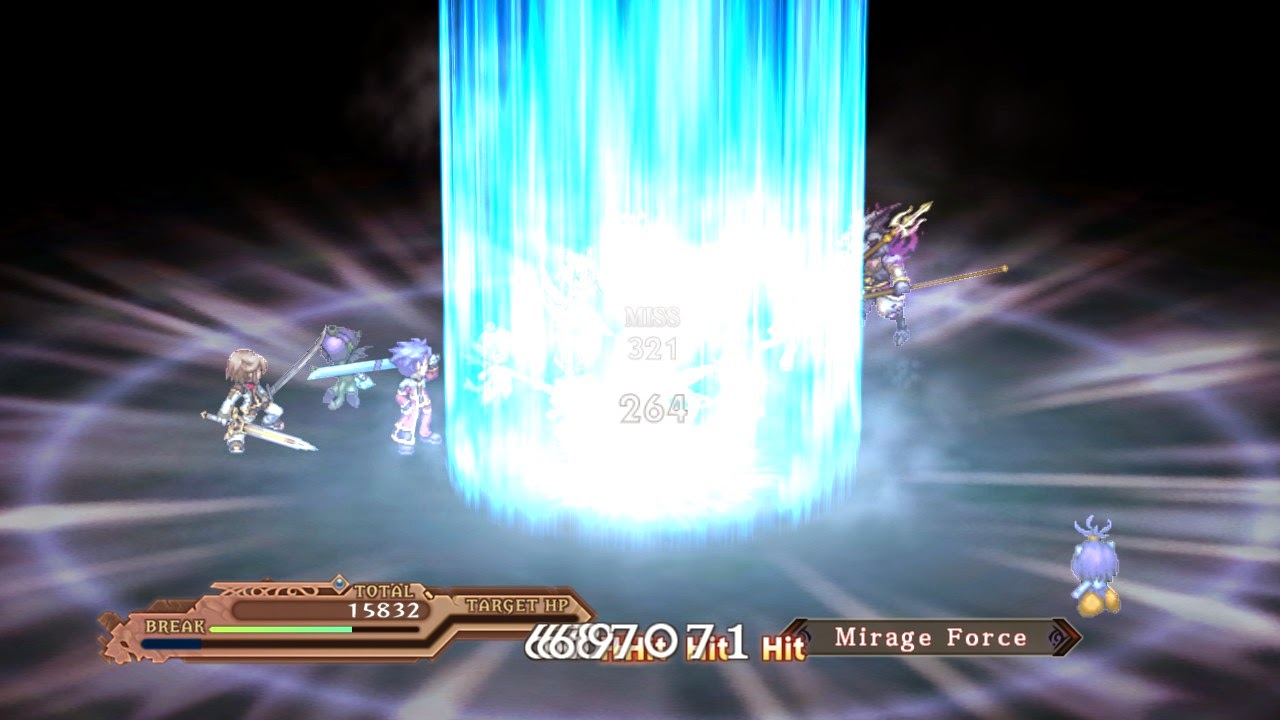 Like any good RPG, Agarest: Generations of War Zero has a plethora of secrets and extras hidden throughout the game. For the more illustrious gamer spending the time to max out their levels, they will find additional items and gear that will help turn your band of heroes into legendary foes that smite their enemies in a single hit. For other gamers the basic mechanics like Card Skills, which help you define your character and build relationships (that would spawn future generations of heroes) is so different, but so very welcome, that being able to satisfyingly create an alter ego or build your character in your own image. Other facets, such as the heavy strategy aspects bring in multiple avenues of approach to defeat an enemy; between the Card Skills and strategy aspects, the replayability of Agarest is near infinite as you try out different strategies to best your foes. On the other hand, the staples of RPG goodness are there, but there just isn’t a ton of ‘extras’ to the game, it doesn’t need a lot of tacked on features, though, as the game is rich with lore, relationship building, leveling and gear-hunting, as well as a deep story that will have you hooked. 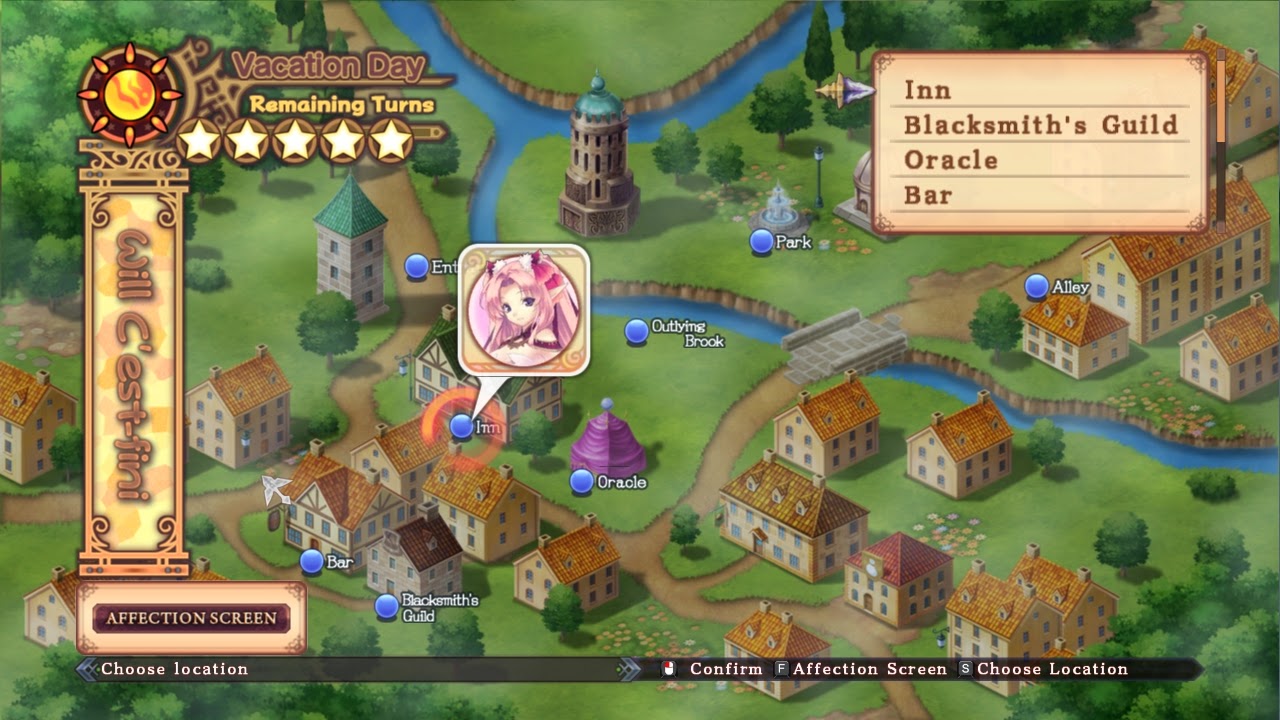 I so enjoyed Agarest: Generations of War Zero that it will be a regularly visited game; the combat is engaging, challenging, and fun. The audio is spectacular with it’s top notch seiyū and beautiful background music and the face lift to the animation is gorgeous; particle effects and backgrounds are wonderfully rendered and the hand drawn sprites are clean, crisp, and attractive. Overall the amount of hours that one can spend in Agarest, through multiple playthroughs, is stunning. As Agarest: Generations of War Zero is, for all intents and purposes, a prequel to the Agarest War games, one could easily spend hundreds of hours playing them in the appropriate order and the time would be more than well spent. The story, the characters, the art style, and the addicting combat all tie in together to make a beautiful package. Being an older game that has been ported to the computer, it is solid, well put together and a worthy addition to the Agarest family of SRPG games. Posted by Robert
Follow:
Hardware Specialist—Currently a reviewer for Chalgyr's Game Room covering all platforms
Previous Article Borderlands: The Pre-Sequel – and getting a quick pre-view look at it
Next Article Plants vs. Zombies Garden Warfare gets a PC release date