I was first introduced to the Dynasty Warriors game with their first release back in 1997, along with Final Fantasy 7, Dynasty Warriors was one of the first games to provide some of the most technologically amazing feats on a console ever. High quality graphics, a ton of playable characters, and man, could it ever through a ton of bad guys waiting to be impaled on your blades your way. Throughout the years I have cherry-picked the Dynasty Warriors games that I have picked up as my interests have changed and I was rarely if ever, let down by the game. 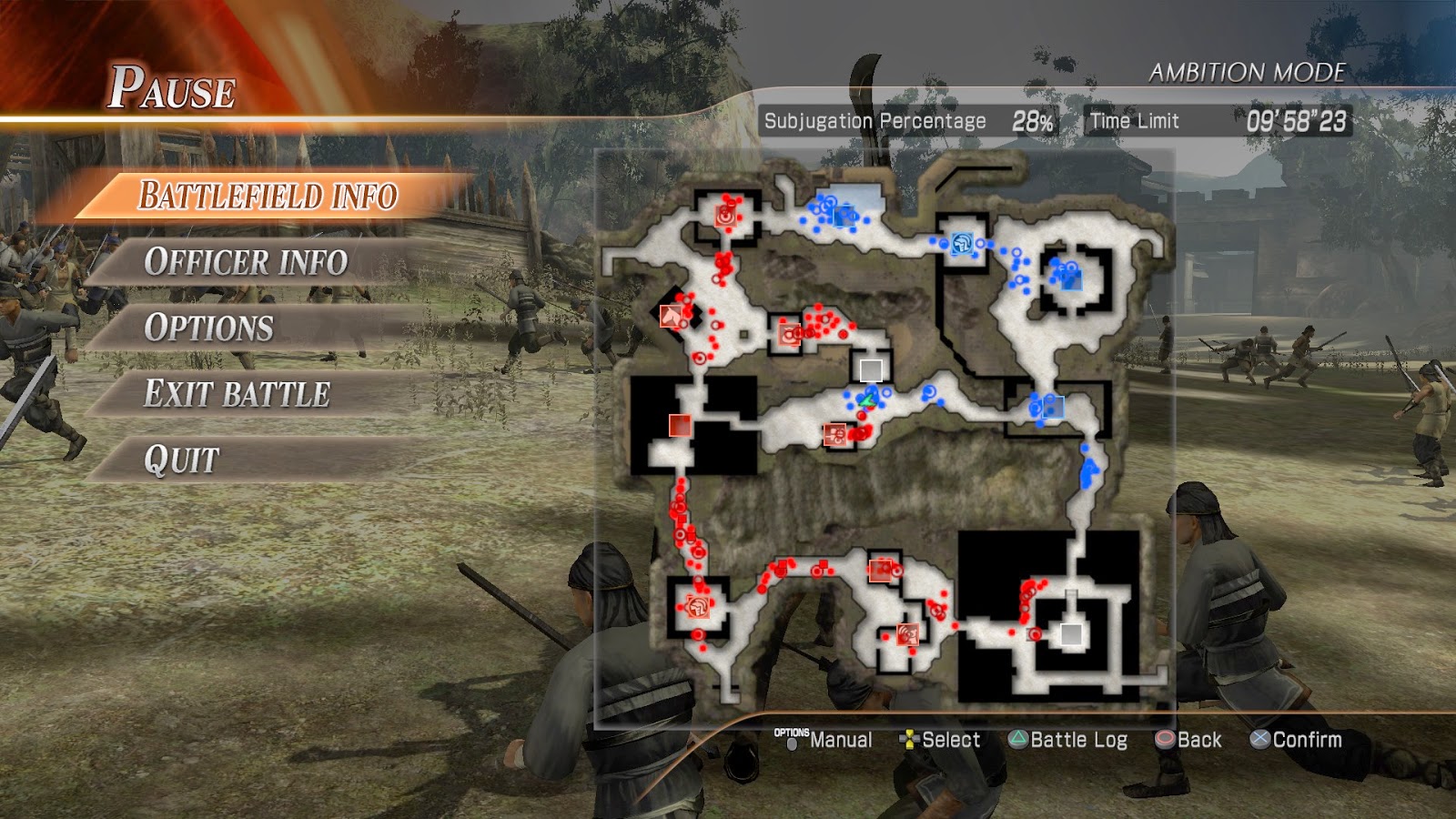 The latest iteration of the Dynasty Warriors franchise, Dynasty Warriors 8: Xtreme Legends Complete Edition revisits the extremely rich and vibrant historical China, which is an era of history that fascinates me, and retells the story with its own fantastical embellishments. The Dynasty Warriors franchise has been a long-running franchise known for the massive amount of enemies that could be seen on screen, each independently fighting their own unique battles and Dynasty Warriors 8: Xtreme Legends Complete Edition attempts to bring that same tour-de-force to multiple generations of consoles. With such a rich and vibrant history, does this latest iteration hold up to the success of its predecessors? 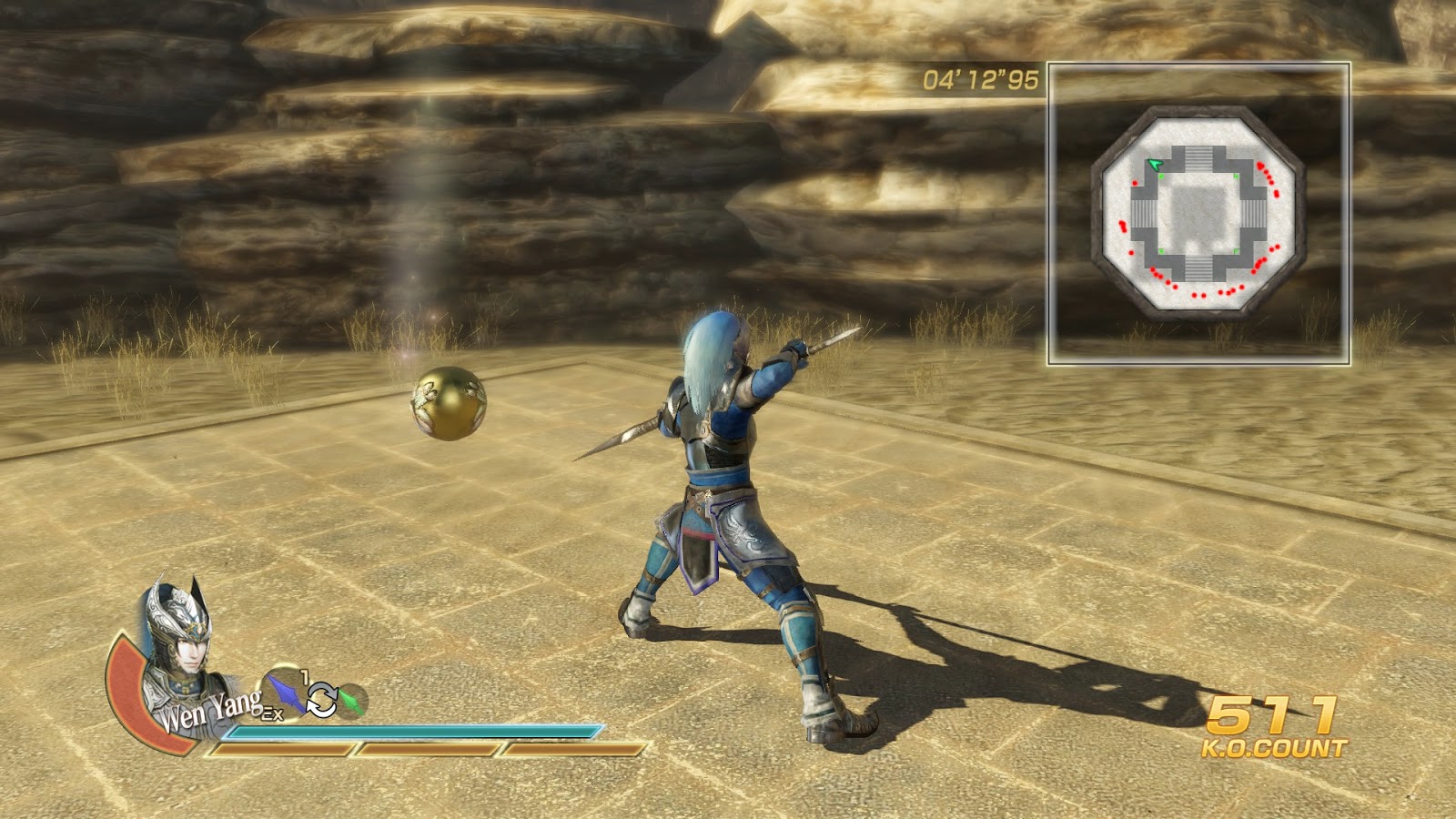 to say the least I was thoroughly underwhelmed by the graphics of Dynasty Warriors 8. While some leeway should be given to a multi-generation game, the amount of graphical pop in and the substandard textures, lifeless environments, and lack of any real shading and lighting leaves the game feeling flat on numerous levels. One of the big features of Dynasty Warriors of old was that you could have a ton of enemies on screen at once and while the number on screen in this iteration is not bad, older releases have had more on screen without the units simply popping into and out of existence. There were a large number of times where I would be attacking a mob of enemies only to have them suddenly disappear or on the flip side, I would be running to my next objective only to have a pile of bad guys appear nearly on top of me. The character models themselves are shaped well, however they move in a wooden fashion, feeling lifeless and attacking them felt no different than hacking at a bale of hay. In between missions the world map that explains the history and events that are happening at the time is flat, carried no detail, and the only depiction of characters were small hand-drawn (albeit well) static images that moved around the map in a very plain manner. Prior to starting each mission you would be able to move around a small room / area that would have a few people that you could talk to but the rooms were always devoid of any characteristics and felt extremely tacked on. 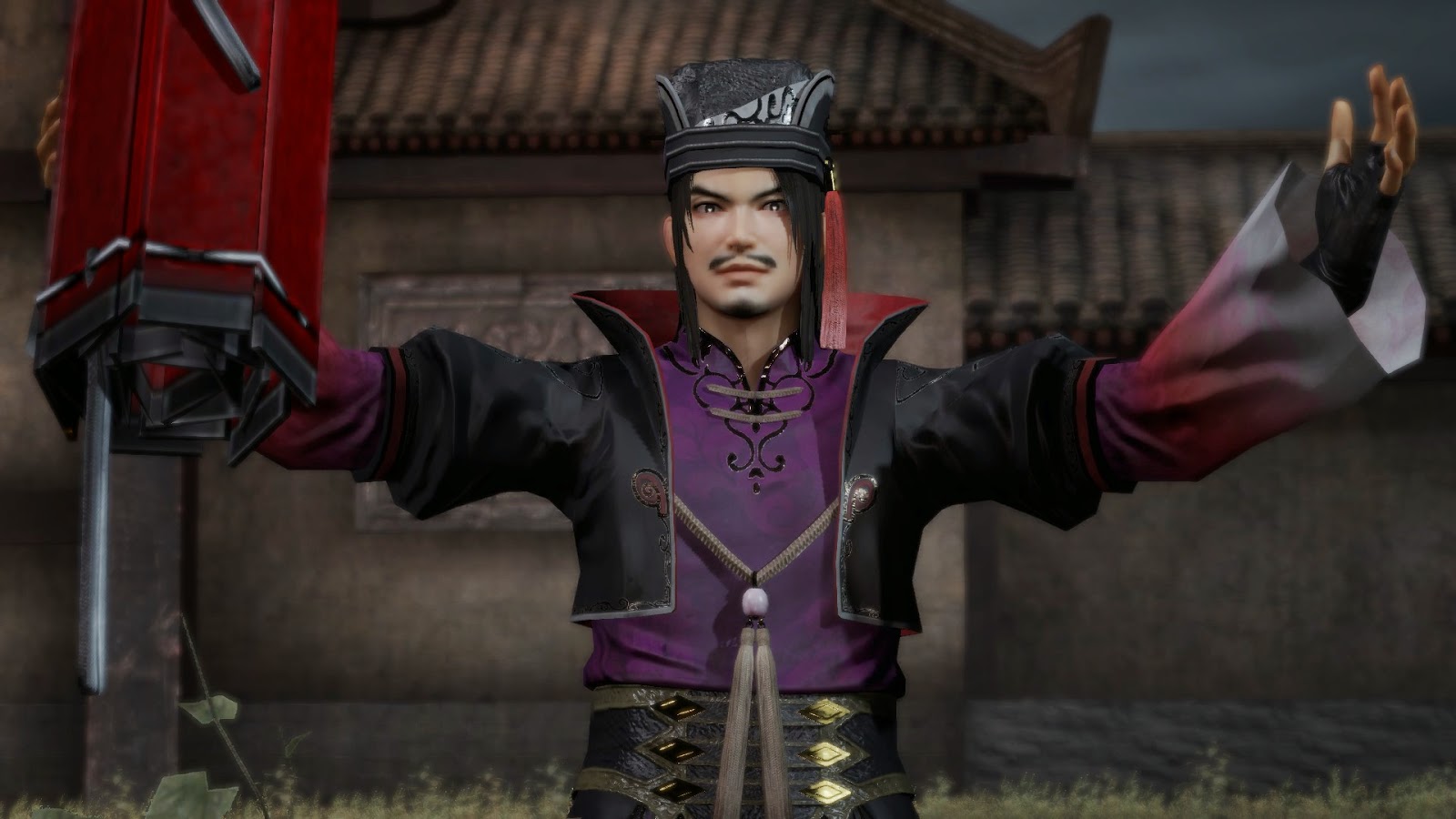 Audio is such a big aspect of the immersion factor of a game and the only audio you have here, outside of some decent background music, is a ho-hum cacophony of uninspiring whacks and thuds as your weapons smash into numerous enemies. Special attacks have a wind-up and provide some level of variation to the plain sound effects that come from simply smashing on the buttons and break up the monotony of low-quality sound effects with some decent audio. Where the game does excel with the audio, outside of the background music, is in the voice acting; there is a ton of voice over in the game and it’s not half bad, however, there are times when you can tell that the audio was read from a script with no intonation or inflection in the voice. When it is good, it’s great, but it is unfortunate that it is not good all the time as it really breaks the sense of being there. 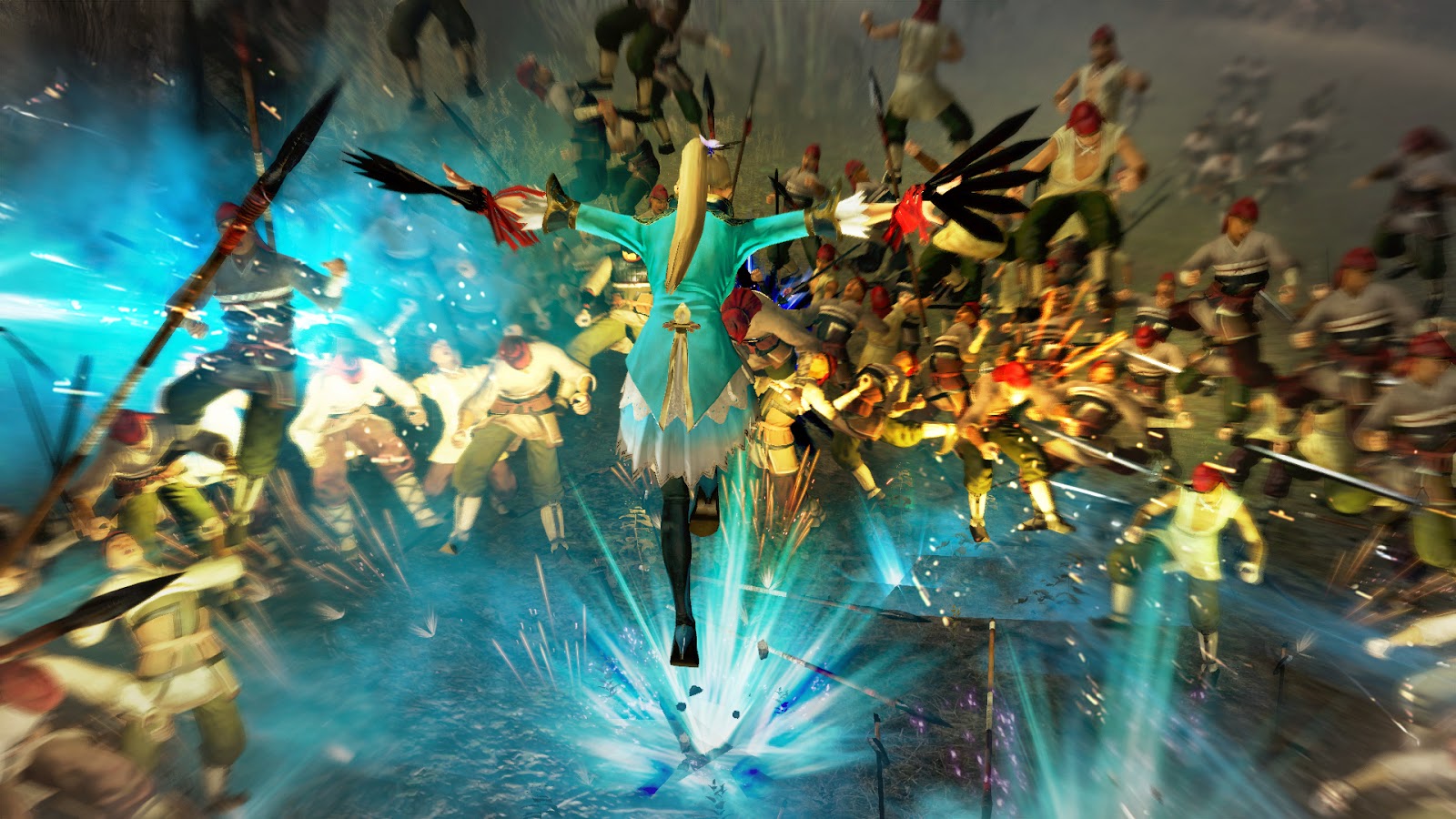 Dynasty Warriors has always been a long line of games where you will go through and decimate hundreds, if not thousands of enemies on a single map. It would be a single-player Horde Mode of legends, throwing waves upon waves of bad guys upon your weapons as you gleefully crush any that would stand in your way. Dynasty Warriors 8 falls flat on its face in this aspect. Long lulls in the combat where you’re simply running around looking for groups of enemies that are spaced way too far apart break up this sense of urgency that the developers are trying to go through and impart on you. The control scheme works as well as any beat-em-up; smash on the basic and heavy attack buttons (Square and Triangle respectively) and throw in a periodic special attack and that’s about all the variation to the control scheme you have. Being able to whistle for your horse is nice, as you have a few attacks, including running enemies over, that break up the button-mashing slug fest, however the enemies that would constantly pop in would cause the horse to rear up on its hind legs and provide you with naught but frustration. I ended up using the horse to only hunt for other groups of enemies, however the fact that the horse is only marginally faster than running caused me to simply run around haphazardly. The general premise of the game, based on Chinese history, is about the only saving grace in the game as I find it a fantastic era of history and it definitely interests me to see these types of games. 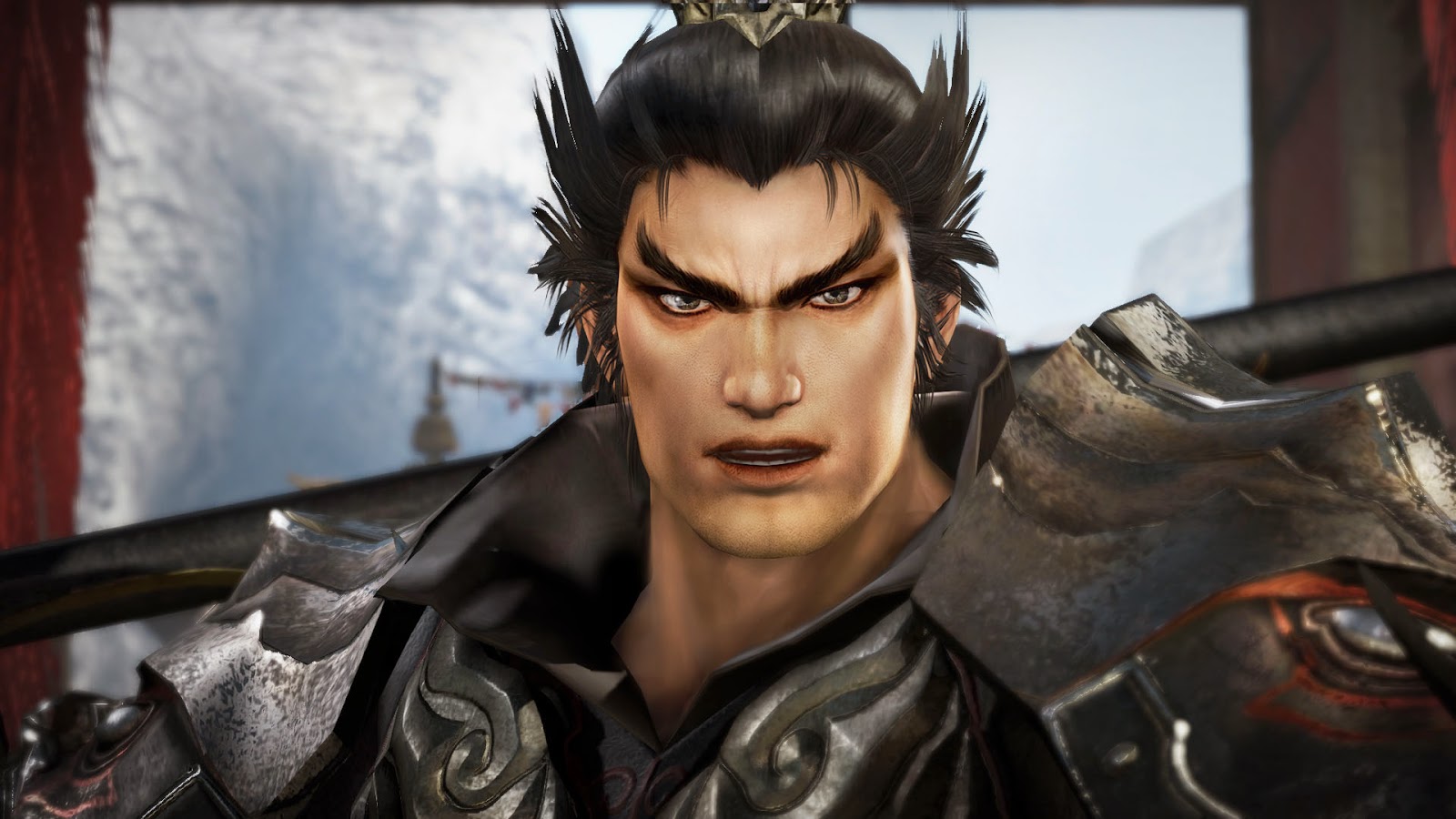 The number of extras in the game are the only things that managed to keep me interested in it at all and that is because there are countless extras. As missions go on you will earn money, you can then use that money to purchase a staggering amount of weapon upgrades, ranging from simple swords to bombs to long-hafted weapons, each with their own special bonuses. Your weapons have four categories that they can fall into when it comes to the special effect type; you have the standard no effect weapons, a “Man” effect, a “Heaven” effect, and an “Earth” effect. In truth I’m not sure I truly understand what the different effects do, though, as there is no clear description of their abilities. Under each of the different effects there are a large number of secondary effects, from increasing damage and protection when your health is low to regenerating health when you hit with certain attacks. There are countless combinations of the effects and it is difficult to stick with one particular favorite. The range of weaponry is quite astounding as there are hundreds of different weapons to choose from, each with their own pros and cons. In truth it because a bit daunting and I found that I would test out certain weapons and stick with them throughout the game as they fit my play style; once I found those favorites I never once deviated from using them making the rest just feel like it’s thrown in there for variety’s sake and not because of any useful purpose. You do have the ability to ‘level up’ your character skills by assigning the skills that are available to your particular character and then accomplishing the required steps in the mission; it is a nice feature, however, the impact of the features was nearly un-quantifiable as I was unable to see them have any effect on the battles I took part in. There were numerous times that I would simply move into the next mission without assigning skills and I felt no different than the previous map where I had assigned them. 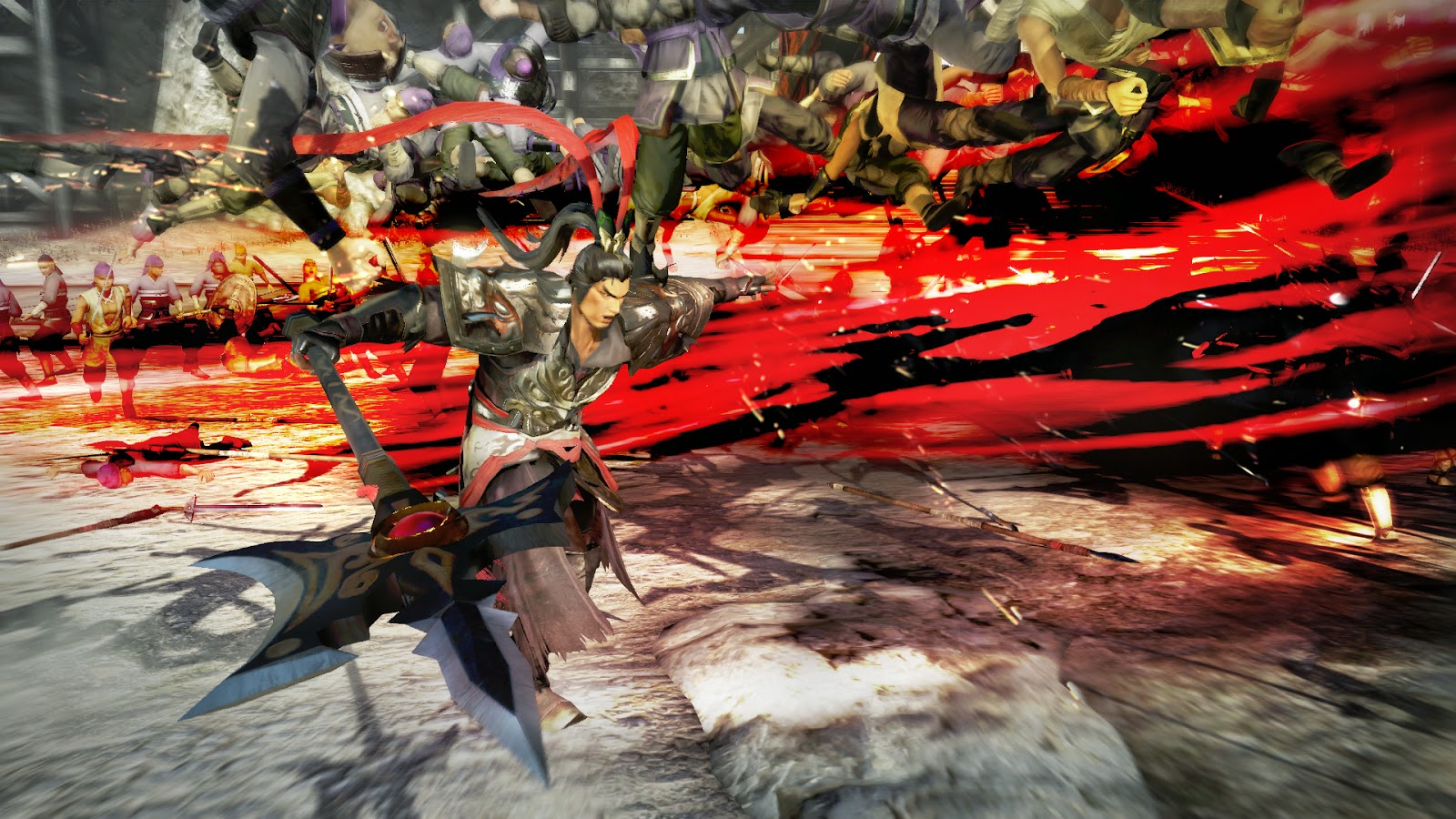 I have sporadically played the Dynasty Warriors games over the years, hand-picking the releases that suited me the best (the Gundam lines for one) and have thoroughly enjoyed the mindless combat; with Dynasty Warriors 8 Xtreme Legends I found myself struggling to enjoy the game at all. I found myself having to force myself to enjoy little parts of it or struggling to stay even remotely invested in the game. Were it not for my affections for the time period this is certainly a title that I would pass over in search of other, more well-rounded titles that were not trying to be more than they are. Graphical pop in/out and poor audio design lead to a broken experience that would often, and violently eject my immersion into the game no different than a punch to the teeth. Had Dynasty Warriors 8: Xtreme Legends been developed solely for the next-gen systems I think that the power of those consoles could have been leveraged and the game would have been infinitely more successful in pulling me into the world and providing a quality beat-em-up; as it stands, the weak graphics, poor audio, and graphical glitches were just too much of a deal-breaker and really show-cased the lack of direction for the series’ latest entry.

Posted by Robert
Follow:
Hardware Specialist—Currently a reviewer for Chalgyr's Game Room covering all platforms
Previous Article Shining Empire – Kickstarter News on an ambitious retro title
Next Article Atelier Shallie: Alchemist of the Dusk Sea – Early screenshots of the next in this popular JRPG series