Hazewalker has not gained a lot of mention yet, but looks like it might have the potential to be an interesting title. Given the story and visuals it has a dark RPG look, though the title itself is described as aiming for a more action style of play. A Kickstarter is slated for later this year and it may well be worth keeping an eye on. 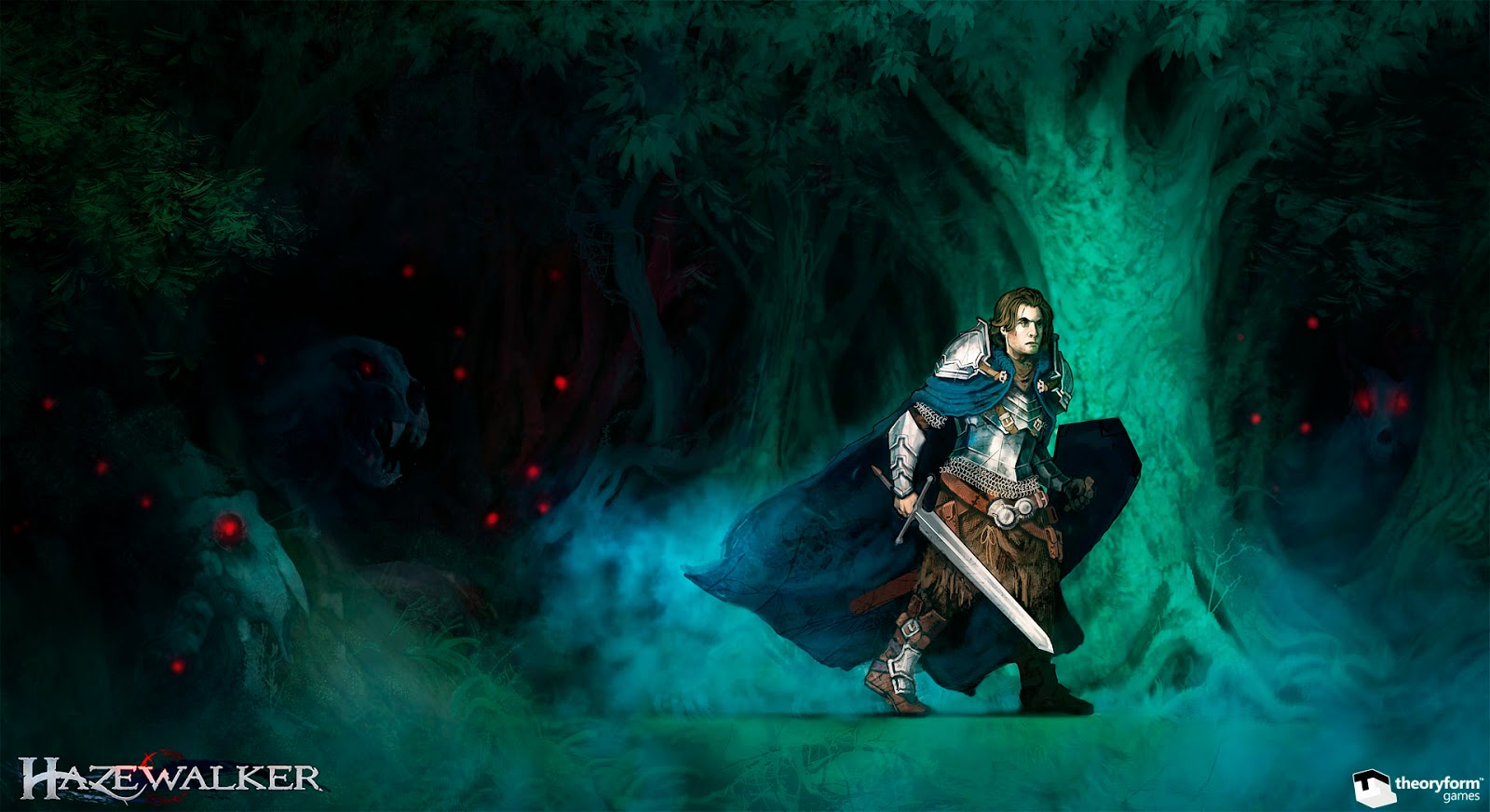 Here is the description from their site: 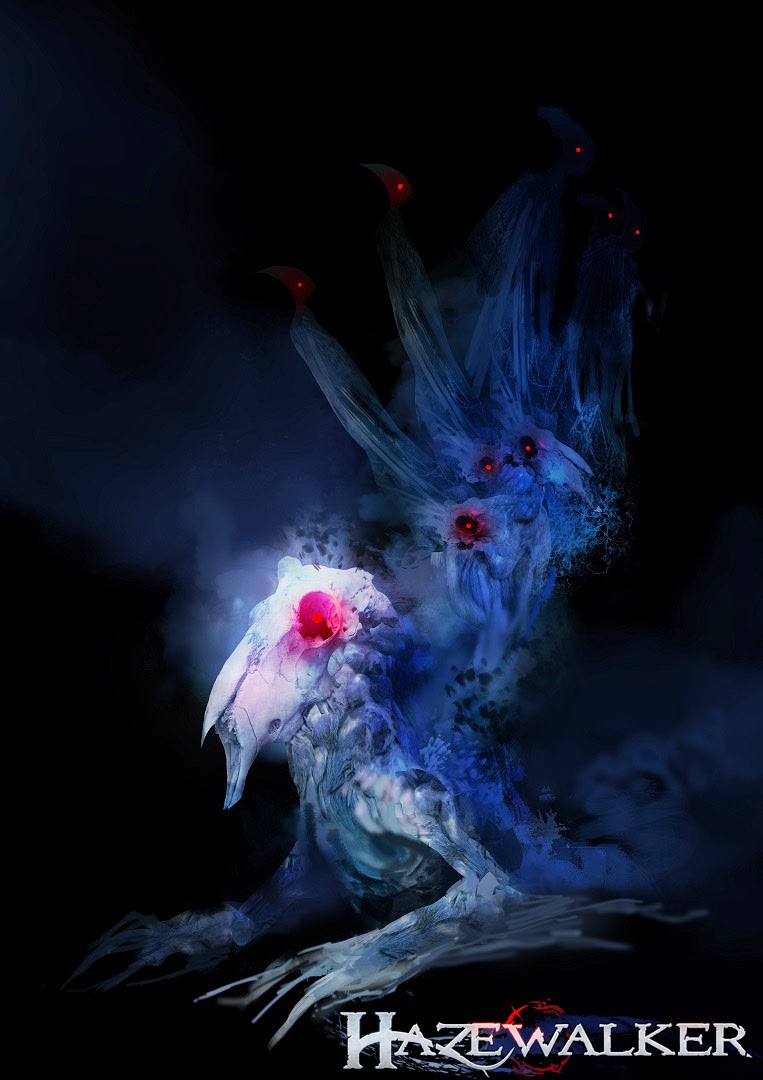 Hazewalker is an action-adventure game inspired by classics of the Metroidvania genre, such as Castlevania: Symphony of the Night. You can expect lots of combat and exploration, as well as abilities to unlock and secrets to uncover. However, while the team certainly enjoys the games already in the genre, we don’t want to stop there. We also enjoy a good story and the option to make the characters we play uniquely our own, so that’s exactly what we’re planning to do.

In addition to the core mechanics of the genre, Hazewalker will also have plenty of NPCs to interact with, each with their own stories that will unfold over the course of the game. It will have subplots to explore, choices to make, and multiple endings that will be influenced by the decisions you make throughout the game. It will have skills and abilities that you can use to specialize your character, leading to wildly different playstyles. It will have upgradeable weapons and armor, and enchantments which can alter the effects of your character’s abilities.

The term Hazewalker refers to that guy (or gal, your choice!) right there.

According to the Myjin Priesthood, in the dark times of the past an evil, jealous god laid a curse upon the land. This curse took the form of a thick, cloying mist known as the Haze. Anything caught in its grasp was twisted and corrupted, even the very land itself. 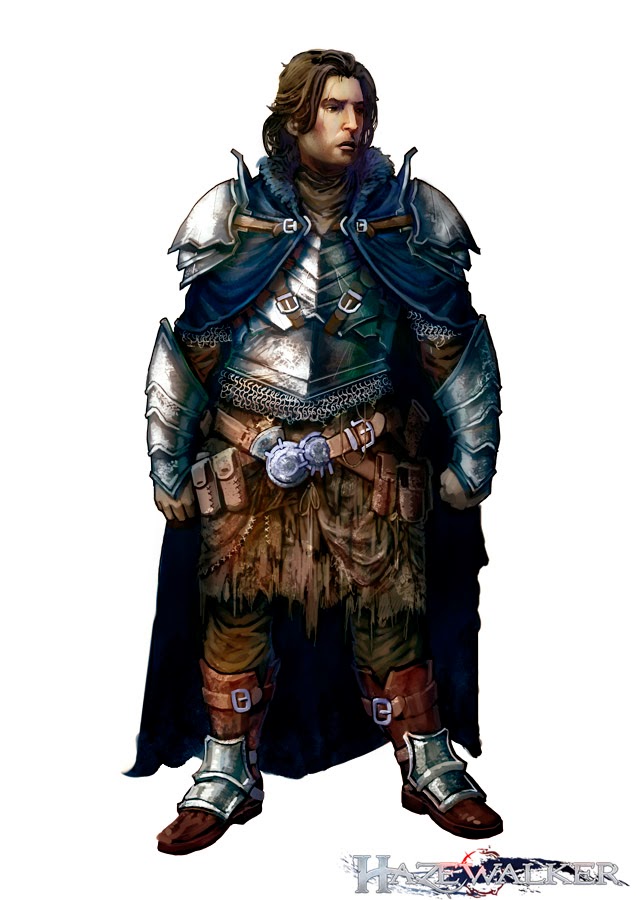 The Haze threatened every corner of the world until the Goddess Lim laid her blessing upon the land. manifesting her power into holy sites known as Shrines. She divided the world into six parts, granting one part to each of the Tribes of Man, and placed a Shrine at the center of each.

The Shrines keep the Haze at bay; their combined power forms a protected area where humans can survive and even thrive. The nearly solid wall of Haze formed at the edge of this protection is known as the Veil. Sheltered by the Shrines, the various tribes are kept safe from the Haze and its corruption… for the most part.

In the year 372, the Shrine protecting the lands of the Gariti people failed and the Haze came boiling forth, sweeping over all in its path. Most perished in the first days, and many of those left behind, trapped and defenseless, fell soon after. No one among the remaining tribes knows what happened, and the lands of the Lost Tribe are now hidden behind the Veil.

A few of the Gariti people have managed to survive by the skin of their teeth, relying on the power of the Shrine stored within a holy altar they have carried with them ever since the Shrine itself fell. 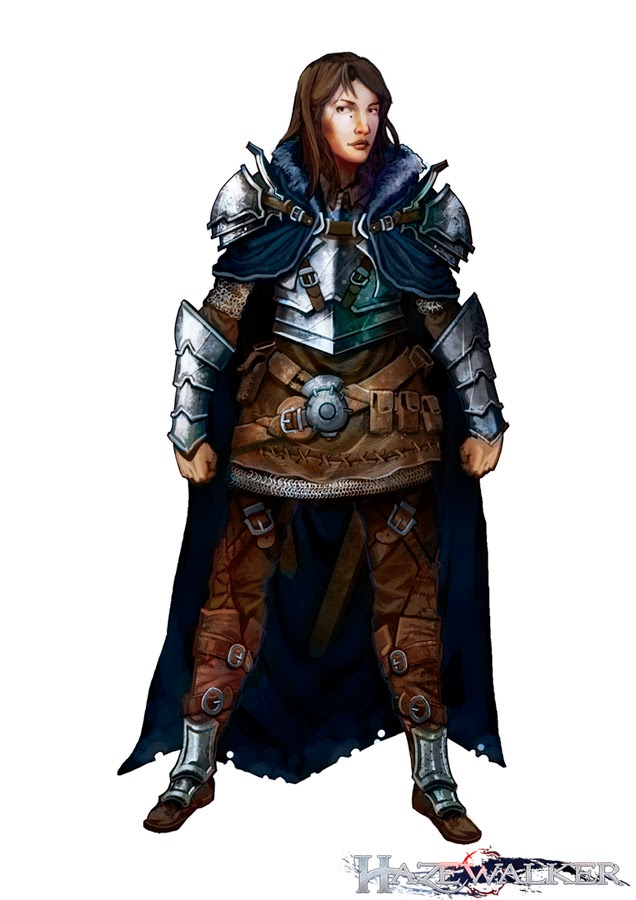 They have wandered through the Haze-choked lands of their former home for years, scavenging for food and supplies, their numbers dwindling along with their hope as paths that should have taken them to safety were blocked or disappeared entirely.

It wasn’t until you were wounded and left for dead that things began to change. Injuries that should have been fatal healed, the Haze that should have eaten away at your mind and body left you untouched, and new strength seemed to flow through your limbs.

You don’t know how, or why. You aren’t sure you want to know. What you do know is that you, and what is left of your people, now have hope where before there was none. The path to safety lies deep within the Haze, and you are the only one who can go that far and even hope to come back alive…

Want to hear more? We’re planning to post a new blog entry every week, unveiling more information and giving our team members a chance to introduce themselves more directly. Our current plan is to cycle between Story and Art, Development, and Design to give some insight on each part of Hazewalker’s progress. This could change as time goes on, but we’ll let you know if that happens.

And here is some information from their recent press release:

David “Chesko” Pierce, author of award-winning Skyrim mods such as “Frostfall,” has assembled a group of talented artists and developers to create Hazewalker, a Metroidvania-style game set in an original dark fantasy setting. Players will take on the role of a lone warrior who must journey into darkness to put an end to the Haze, a corrupting force that twists all that are caught within it into monstrous abominations. Hazewalker is slated to go live on Kickstarter in October 2014 with a fully playable demo.

“Hazewalker is a story about hope, and the cost of keeping hope alive,” David said. “I can’t wait for players to be able to explore the world we have in store for them. We’re building something that I think is going to be really special.”