You know how a good book, movie or game can just hit a soft spot with you no matter how long ago you last read/saw/played it? Lunar is one of those titles for me. The PSP does not get much love anymore, for it is still a great destination for older JRPG tiles, such as this one. 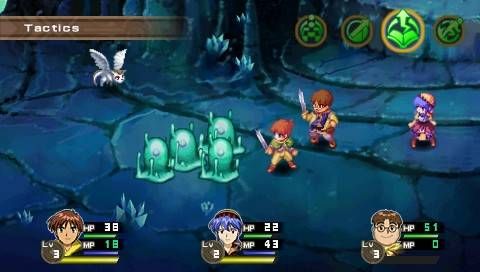 I first played Lunar back in late high school when it came out on the Sega CD. I was the only one of my friends who purchased one of these, but I had gotten so much mileage out of the Sega Genesis that I had no reservations about getting this system addition.

Of course, history has not been terribly kind to the Sega CD. I enjoyed most of the games I had gotten for it at the time such as Dark Wizard, Vay and Shining Force. However, none of the games resonated with me as much as Lunar did at the time. The characters and storyline were the high points for me, but the game itself was well made also. 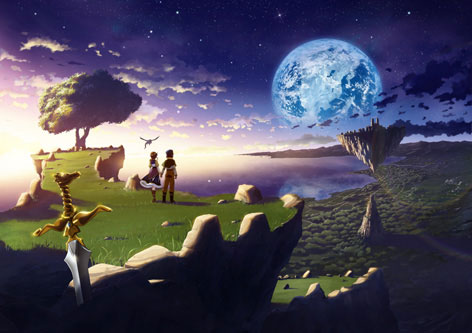 It was your traditional RPG game in almost every sense. You are a young man who is about to discover a great future as the savior of many as you fight back a dark and dangerous power. There are some of the other things that go hand-in-hand with RPGs from that era, like a slow experience grind and dungeons that sometimes ran on a bit too long. The combat is also turn-based, though it threw in an at-the-time interesting wrinkle of proximity on the battlefield – you could not strike enemies who were too far away from you.

This PSP update of the game helps to address some of these issues, while still being true to its core. Combat has a nice automation option you can (and should) frequently use. You can now save more readily. The graphics get a nice facelift and parts of the story are further elaborated on when compared to the original release. The music was always amazing – keep in mind this was one of my first CD-based games ever, though the voice acting could be somewhat hit and miss. 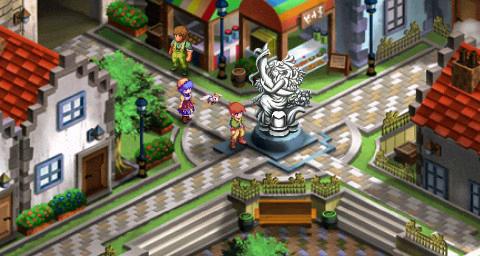 It did not matter though – because the storyline stuck with me well after the first time I played the game. Lunar has been updated and re-released a few times since those Sega CD days, but I had never played any of those iterations. I still had my original, after all. Still, when I saw this on PSP, I could not resist picking it up and once again merrily played my way through it, remembering scenes and plot points from nearly twenty years ago.

Lunar is not a perfect game – the grinding and dungeon elements alone will probably turn some people off. Objectively scoring Lunar: Silver Star Harmony I would probably wind up giving it an 8 out of 10, but for mer personally? I am hard pressed to think of an RPG I enjoyed more on my PSP. 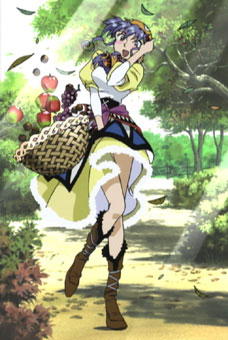