comments Share
You are reading
The Bard’s Tale – iPhone Review

I am not one to shy away from an RPG game, and The Bard’s Tale has been around for a long time. Despite that, I never got around to playing it until somewhat recently when it was a freebie game for iOS. The humor throughout was probably the primary selling point in this classic but still entertaining title. 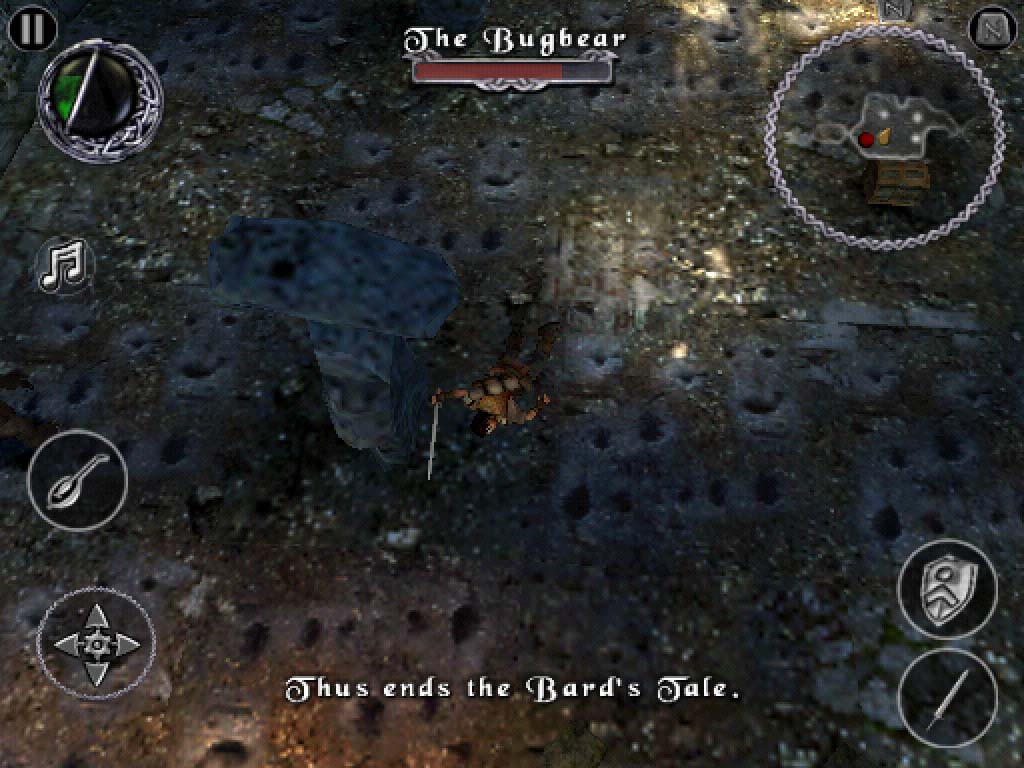 I think my iPhone and the iPad are fun devices for certain types of games. CCG’s, simulations, some RPG’s – that sort of thing. I am not a big fan of playing action games on these mobile devices most of the time. The Bard’s Tale has a sort of action feel to the movement and combat that really did not mesh with me well at first. When I met my demise at the fiery breath of an over sized rodent right near the game’s beginning, I got a bit flummoxed and gave the title a rest for a while. 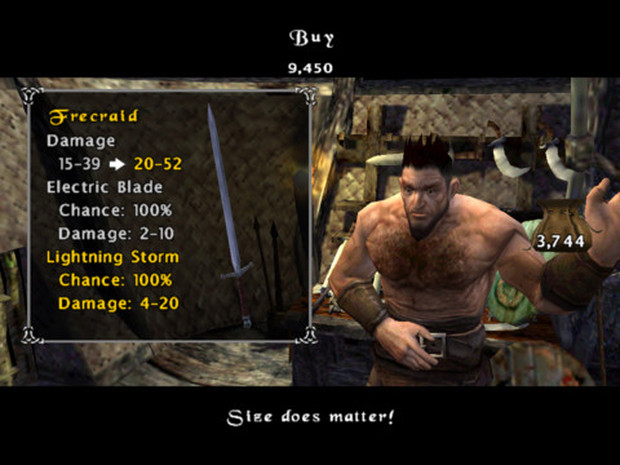 I eventually came back to it, and decided that there was likely a puzzle or something I was just not seeing through – that The Bard’s Tale was trying to get me to approach things from a different perspective – which turned out to be exactly the case. The visuals and sound are impressive, and while the gameplay itself is not my favorite, there is so much good humor and entertainment to be had in the story that you quickly forget about most of these other shortcomings. I will admit that I simply did not like playing on the interface, but odds are if you are reading this – you have and use a mobile device for gaming. If so and you are comfortable with touch controls with your games, then I doubt the interface here will plague you in the least.

You go through a lot of the typical RPG conventions – all while your protagonist seems to be mocking them along the way. The voice acting goes a long ways toward selling the game’s humor and story, making the entire thing more likeable than I thought it would be.

This game is unfortunately huge. It fills up about 1.3GB of space on my iPhone – and that is after it is installed. Before that, it requires a ridiculous three times that to download and then begin the installation process. On a device with a limited amount of storage, this can be a considerable problem and nearly precluded me from trying the game in the first place. Thankfully, it runs beautifully on the iPhone 4, so once I got past that initial installation hurdle, I was all set.

Definitely worth a play, probably a solid 7.5 out of 10 from me.

Facebook Twitter Pinterest E-mail
Previous article Exodus of Sol - PS4 and PC preview and a sale
Next article Magic 2015: Duels of the Planeswalkers - Garruk Windspeaker is hunting you!