When I first heard about Bound By Flame some months ago I was a bit taken aback be the relative lack of readily available information on the game. From the first screenshots I was hooked and wanted more and Bound By Flame was easily one of my most anticipated titles of 2014. As more information was released, from gameplay videos to featurettes on the composition of the music I couldn’t wait and was so eagerly looking forward to Bound By Flame that when it came across my desk I was literally jumping for joy as the wait was finally over… 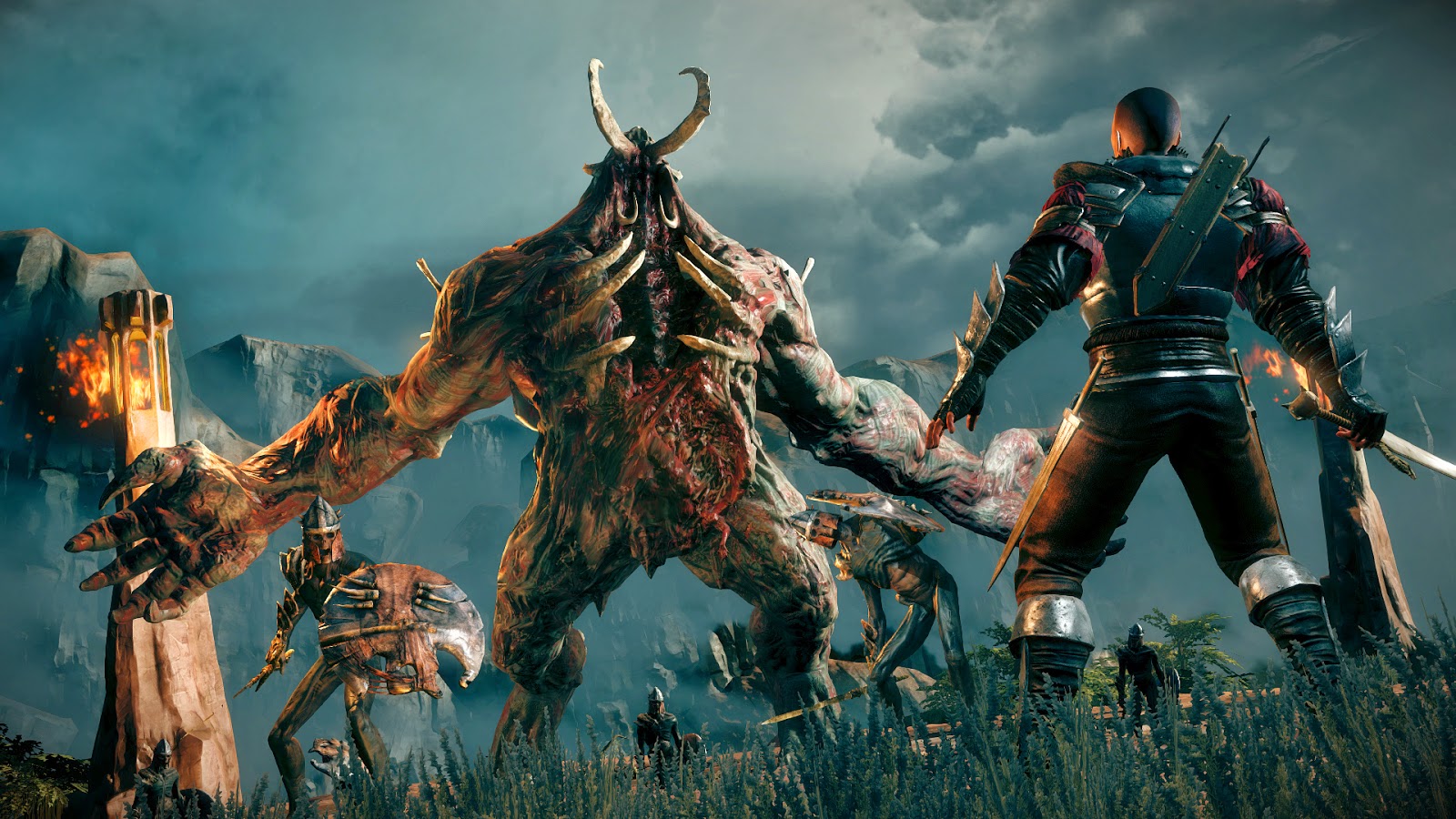 Bound By Flame puts you in the role of Vulcan, the Powder Master of the mercenary troop The Freeborn Blades. Set in the mythical world of Vertiel, Bound By Flame starts at the beginning of the end of the world, where you are protecting a group of Scribes as they try one last attempt to gain the power to stave off the harbingers of the end of the world, the Ice Lords. In a truly epic fashion, the ritual that was meant to aid the Scribes in defeating this menace fails in a spectacular fashion and that is where your story starts. As one of my most anticipated titles, was the agonizing wait worth it? Read on to find out. 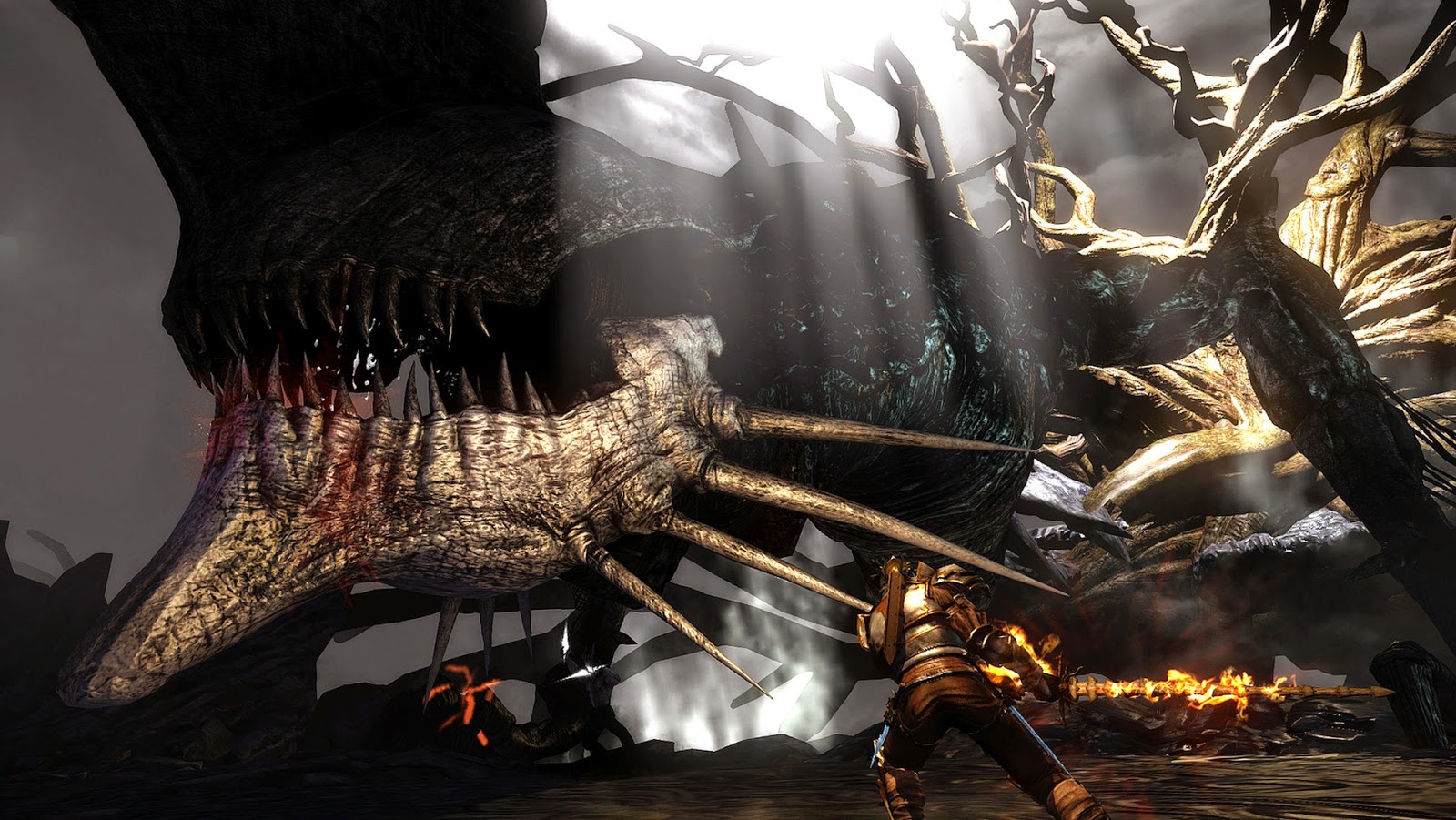 When I initially started up Bound By Flame I was a bit dismayed by the extreme drop in framerate, in some cases it was chugging so bad that it was down to the 5 FPS range. It was so low, in fact that I thought that there was something wrong with my XBox 360 so I rebooted the machine, installed the game on the drive (I had been running it off the disc previously) and I immediately saw an increase in in performance; the framerate stayed around normal gameplay speeds and the tearing that I had seen previously completely disappeared. Word to the wise, install the game. Outside of the initial startup woes I experienced, the shading and lighting as well as the animation and character design are quite nice and clean. The lighting is harsh in all the right places, casting ominous shadows and dark spaces, and the night time environments or dank caves are oppressive and realistic. After I installed the game on the drive, the draw distance was decent and there was no pop-in or screen tearing. The design of th various areas lends a sense of foreboding that fits hand-in-hand with the story and compliments it very well. I do want to make a note of the water found in some of the zones as it is some of the best rendered water I have seen outside of the CryEngine used in CryTek’s games (Crysis, Far Cry) and really shows that the aging XBox 360 hardware still has some muscle under the hood as long as the developers take advantage of it. 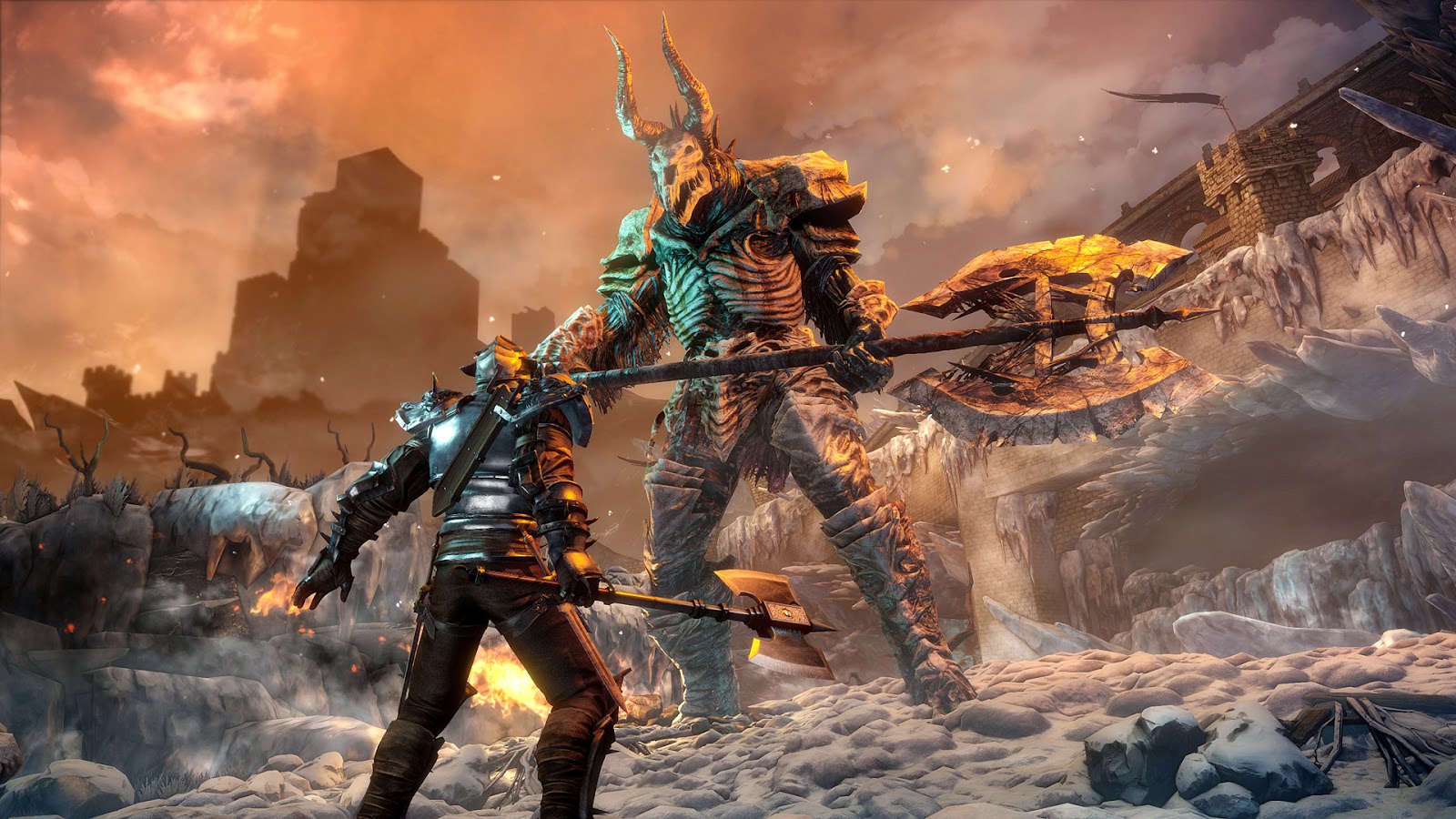 Bound By Flames music is phenomenal and is rich, deep, and sets the mood for every single scene. Using a completely made-up language gave weight to the supremely alien and fantastical world and is so well done that I, on more than one occasion, simply paused the game to hear the pause-menu background music. The soundtrack completely engrossing and rivals the sweeping scores found in Dragon Age and World of Warcraft. The voice acting is clean, varied and well narrated with no two actors sounding alike nor sounding so rigid as if they were reading off a pile of note cards. Every single character that you can speak to, from the blacksmith to human or elf sentries has voice acting and helps keep you in the game. Ambient audio found throughout the different zones is rich and full of background sounds, from birds chirping during the day to crickets in the evening; every step that Vulcan takes sounds slightly different depending on what you are stepping on. As you run over gravel you will hear a satisfying crunch, on wooden bridges you will hear a clean heel beat. Running through snow yields a soft crunch while running through stone archways sounds hollow and cold, each environment’s ambient sounds and effects were meticulously crafted to deepen the level of immersion and it works splendidly. 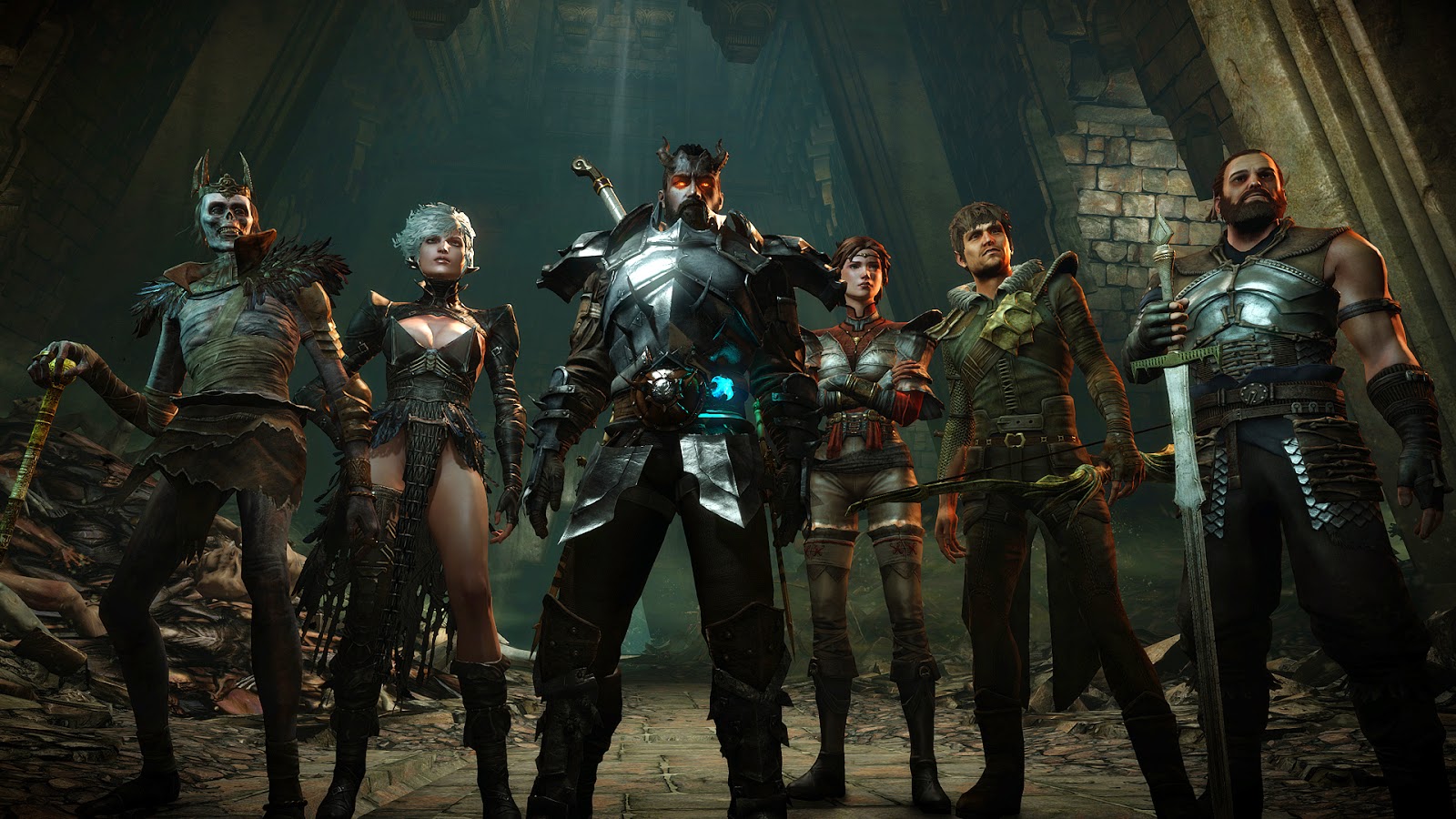 I had a bit of trouble with adequately scoring the Gameplay section as there were a few points that really grated on me. While the experience is rewarding and deep, there are a handful of points where you are forced to fight in very cramped quarters and the camera, as well as the control over Vulcan are absolutely atrocious. Fortunately though, there are very few spots where you are forced to fight in a cramped area, it was just bad enough that it stuck with me and left a bad taste in my mouth and resulting in the lowered Gameplay score. Beyond that though, the story is intriguing and the use of player choice affecting the outcome is done well and the amount of lore that one can learn throughout your journeys show a land that is rich in history yet the ominous feeling of the end of the world is driven home with each statement. As you grow and make different choices not only Vulcan’s appearance will change, but so will the different perks that are available for the different paths that you take. This flexibility can ensure that no two playthroughs will be the same. Along with the rich story, the various Companions that you can invite into your party are well rounded and interesting characters. The will offer advice on your travels and choices which can in turn affect their feelings towards you, building relationships or breaking them. 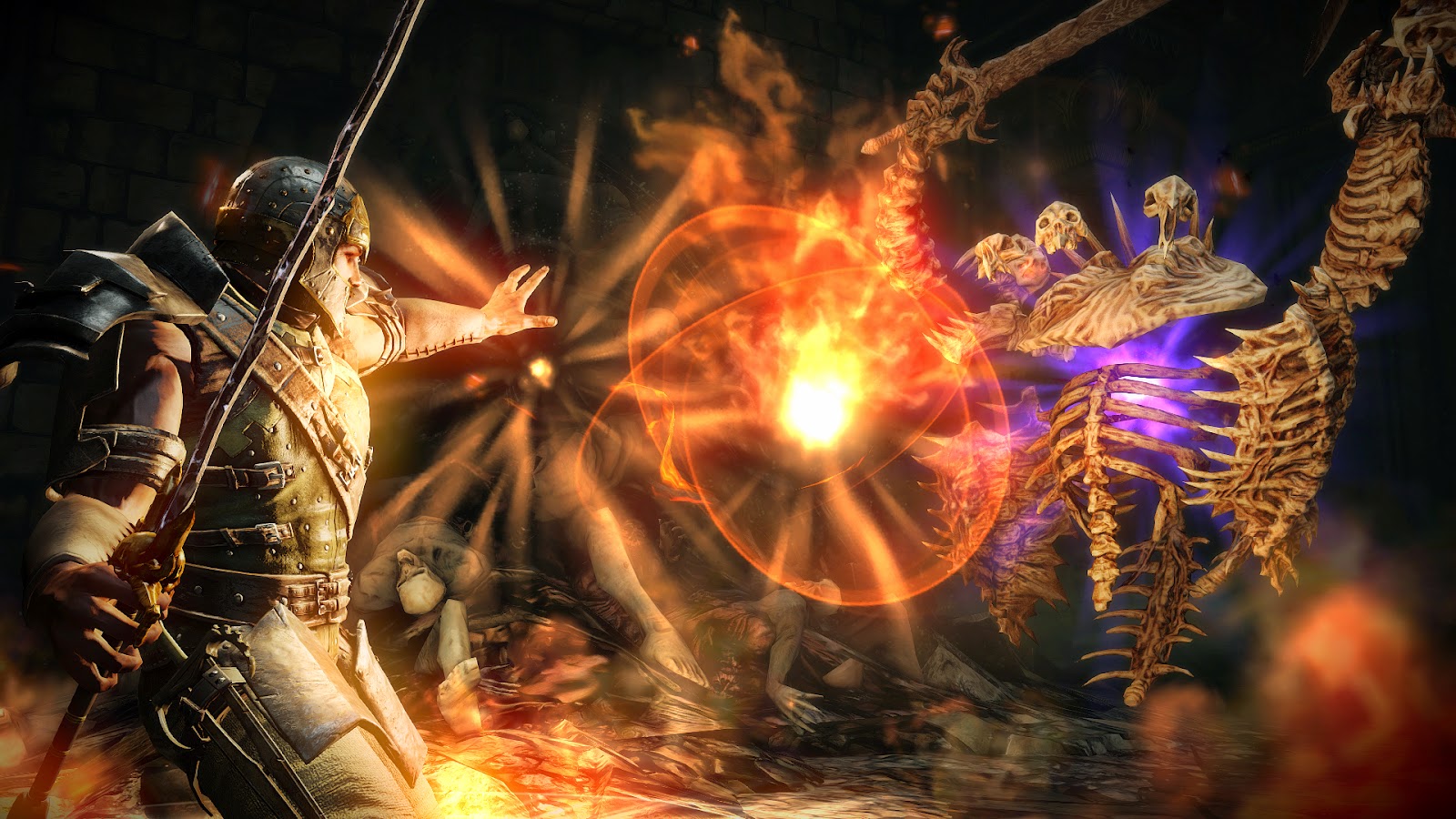 Like any full-featured RPG, Bound By Flame offers plenty to do outside of the main quest. There are relationships that you can build with your Companions, side quests for the various leaders and vendors, and a very robust crafting (alchemical as well as blacksmithing) process. The crafting part in particular is one of my favorite aspects of the game. Unlike other popular RPG games with crafting, outside of potions, traps, and crossbow bolts, you don’t craft the core armor piece or weapon, instead you craft parts of the weapon or armor. For instance for the two-handed axes you acquire you can craft the pommel and the spike that attaches to the back of the axehead, each accessory you add will have different features adding a special effect (like burning or elemental resistance) which allows you to tailor each individual weapon to a specific role. The real winner though is in how you craft the items that attach to the armor, adding spaulders, poleyns, tassets, and jeweled accessories. A simple set of Mercenary armor can turn into a veritable tanking set of armor and can look completely different with upgrades. I spent hours looking through and designing the perfect sets of armor based on the different missions, having high ice resistance for those levels where the enemies were constantly casting freezing spells or setting up armor with a high poison resistance to fend off the effects of poison. I did find that I would carry two to three sets of armor, one with an elemental resistance as its focus, one with a high physical resistance, and one geared towards assisting with interrupting the enemies. This level of customization helped me create my own version of Vulcan and allowed me to play in my own style rather than be forced into a predetermined role. 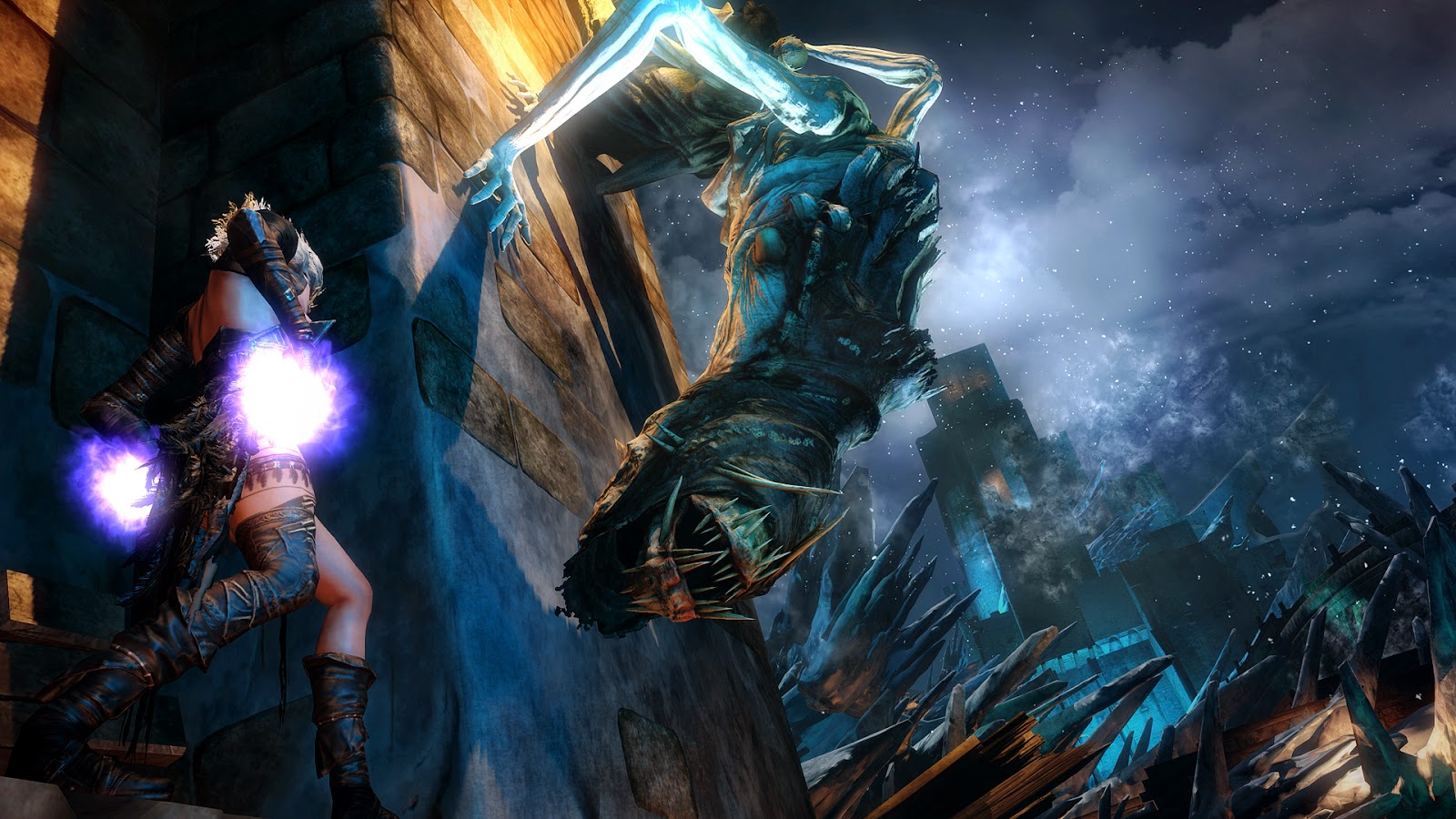 For a game that was relatively unheard of outside of the more die hard RPG fans, Bound By Flame is a deep and rewarding adventure and successfully tells the story of a mercenary turned savior of the world. A few minor plot points could have been brought to a close a little better, and the initial issues of running the game off the disc are the only reasons that Bound By Flame hasn’t made it into the 9 to 9.5 scoring range. A remarkably well made game with a rich and engrossing world and containing some of the best video game music I have heard in years, Bound By Flame is certainly one of the best games released in recent months, certainly one of my favorite non-mainstream RPG’s to come out since Dragon’s Dogma: Dark Arisen was released. Wandering the world of Vertiel as Vulcan with the help of his friends  with a wonderful story, beautiful music, rich gameplay mechanics, and plenty of extra content, create such a joyous package that I enjoyed so much I started up not my second playthrough, but my third. For fans of the Western action-RPG genre, Bound By Flame is a must-have and will remain one of my favorite games released post “Next-Gen” consoles. 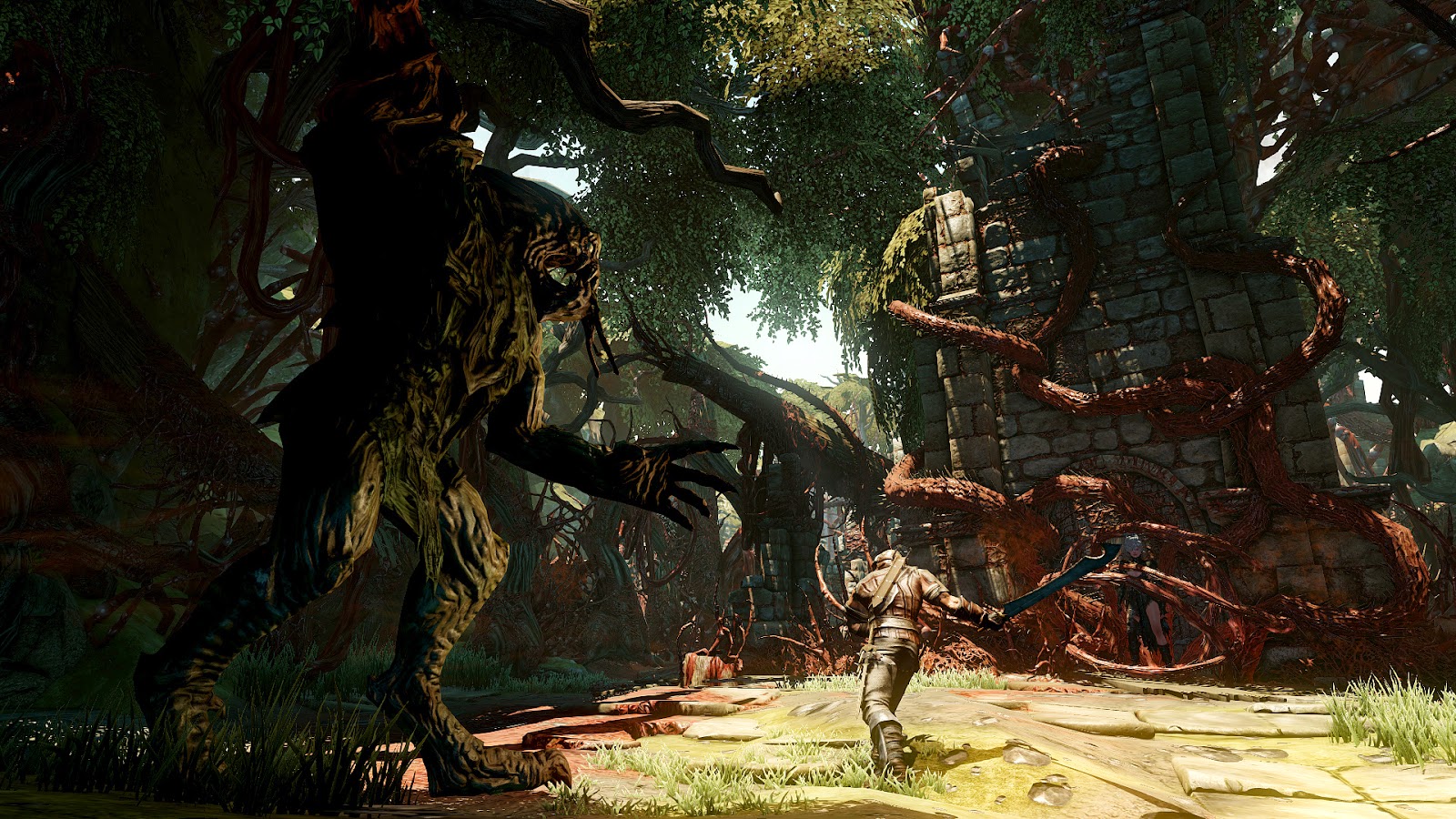