comments Share
You are reading
LEGO The Hobbit – XB1 Review

As a child, building toys such as Erector Sets, K’NEX, and LEGO would keep me entertained for hours as I found new ways to use the pieces to bring my ideas to life. While growing older, that fascination moved away from the physical world and into a digital one, where video games would fill that same role. Despite that transition, I had never played any of the long line of LEGO games that have been released over the last few years. The release of LEGO: The Hobbit finally broke that seal, as it combined my love of the toy itself, and fond memories of growing up reading J. R. R. Tolkien’s Lord of the Rings series with my dad. But does the game do an effective job of combining these elements into an enjoyable package? 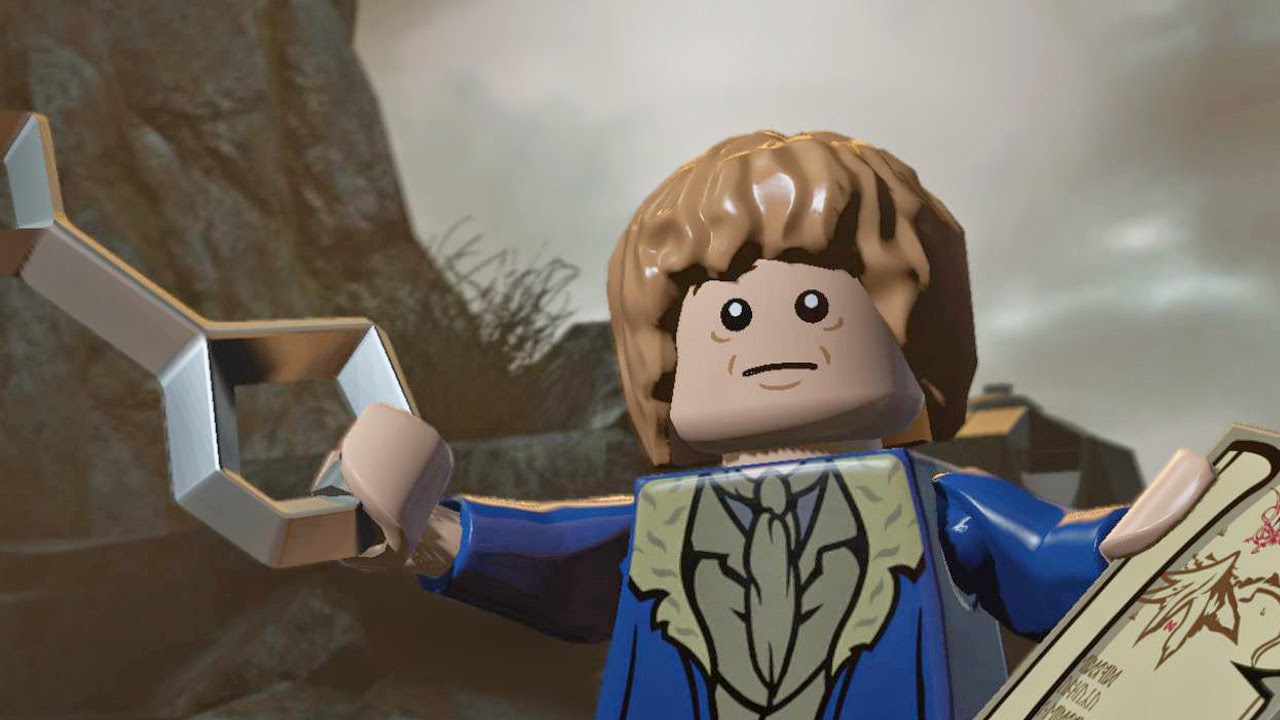 LEGO: The Hobbit is impressively the 22nd LEGO-themed game to come out of developer Traveler’s Tales. Past games have hit other popular franchises such as Star Wars, Batman, Marvel, Indiana Jones, and even a Lord of the Rings game. The game is essentially a lightweight action game, putting you in control of a wide variety of Middle Earth’s more famous denizens. Each character has two attacks, with one often being a ranged shot or charged-up heavy attack, and unique skills like mining, fishing, or magic. A series of levels are distinct connected together through a large overworld map, which highly encourages exploration and backtracking. Various systems allow for new equipment or character unlocks, but level progression frequently puts you in charge of a set group of characters. There are some really great things about this game that make me want to go and check out some of the other entries in the LEGO series, but there are also issues that I had a hard time overlooking. 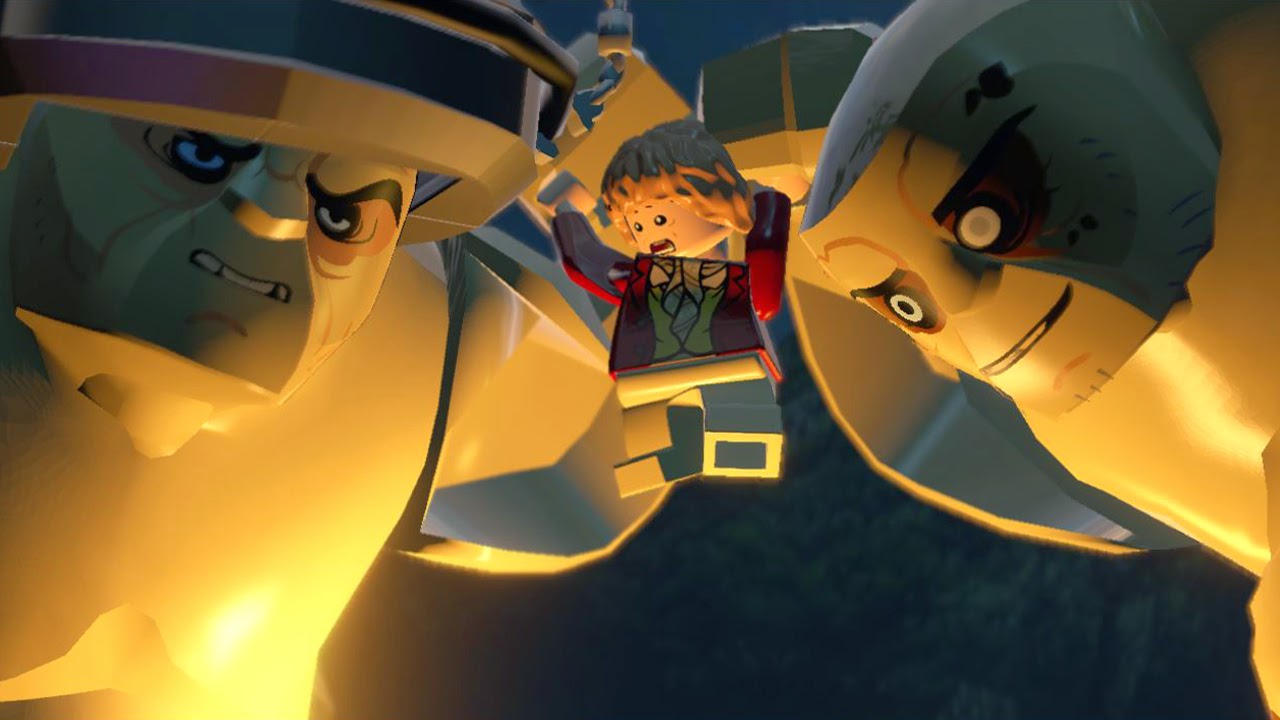 There is an undeniable charm and whimsy in the way that Middle Earth comes to life in LEGO form, but there are some elements that didn’t receive enough differentiation, and times when performance takes a hit. A majority of the world is represented with the iconic LEGO pieces, though it is still common to find uniquely modeled terrain and set pieces to keep things from being too blocky. All of the characters are represented as minifigs, and given the simplistic flow of the game, they look and feel just as complex as they need to. What really makes them come alive is the storytelling via cutscenes. The expressiveness of these tiny figures – both in facial expression, as well as non-sequitor prop usage – adds a nice bit of flair to the story. However, the simple design of characters makes it rather difficult to remember which figure is which, especially when in the open world segments. Even more troubling is that the game suffers from bouts of choppiness in larger scenes, and the occasional screen tearing. 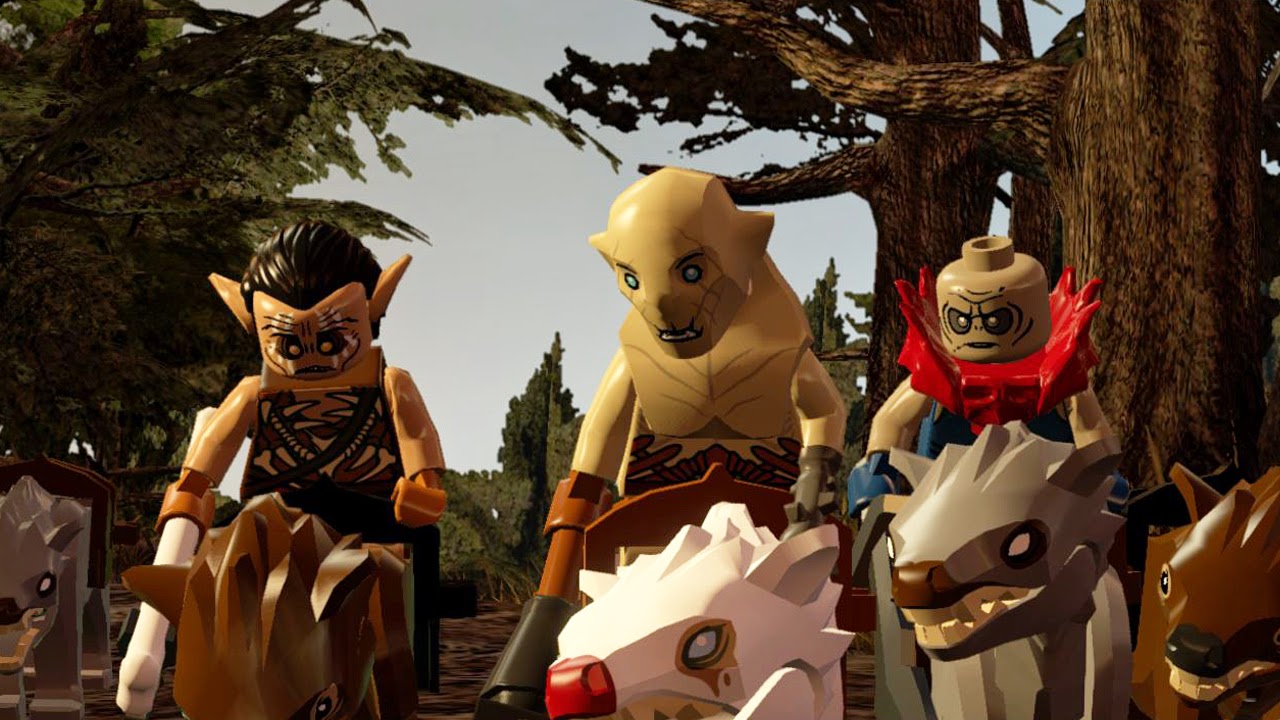 The music and character voices for the cutscenes are taken directly from the films, overlaying a goofy take of the scenes being described. However, the voice sounds ripped directly from a DVD copy, in that it sounds oddly mastered. Mixed in with these scenes are some rather well done sound effects. Gandalf putting his hand to his beard makes a hard plastic “thunk.” A cartoon “swoosh” as a dwarf throws away the goofy prop they’re holding in a scene. A Scooby Doo twinkling tip-toe sound as an elf tip-toes across the water in the background. What sticks out most to me is the sound of LEGO pieces breaking apart and bouncing around during gameplay, or the frantic clicking together of pieces during one of the many building scenes. No matter the sound, the timing and feel is spot on. 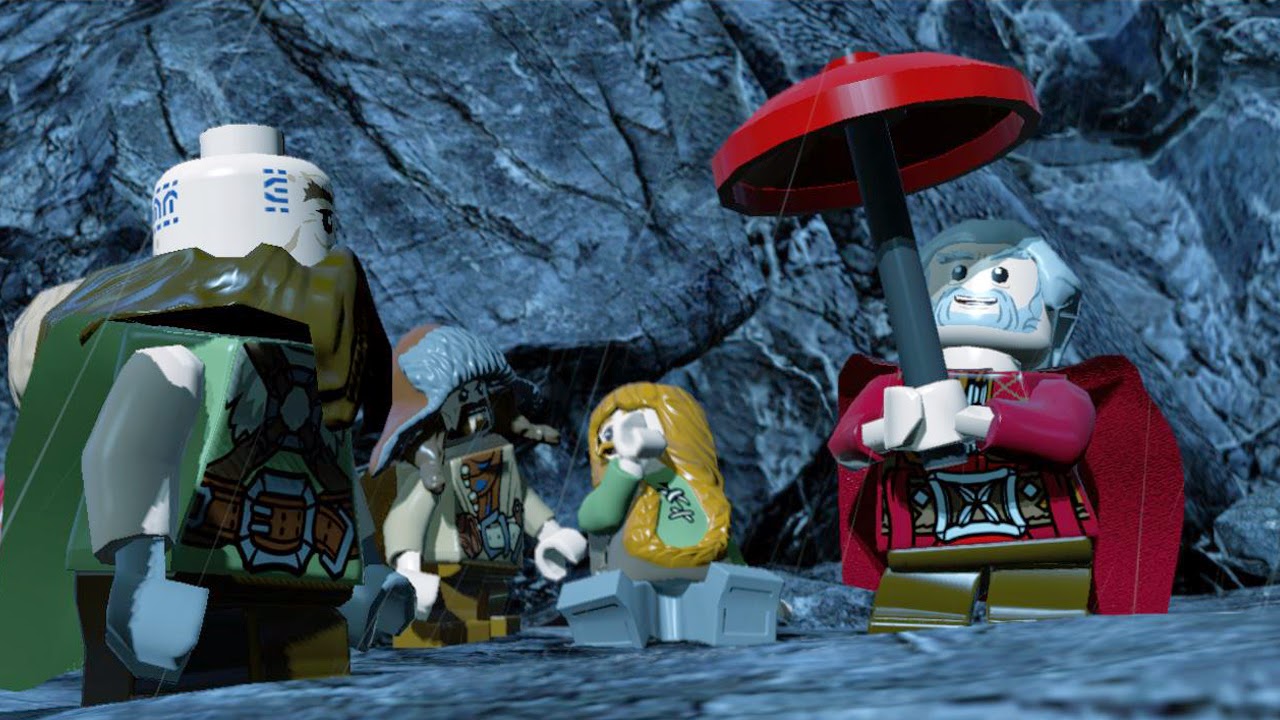 As a novice to the series, I came in with little in the way of expectations for gameplay, and was rather shocked at how different mechanics and design choices had me questioning my own ability to play video games. The most common gameplay is a standard action platformer, tasking you with fighting from point A to point B, often having to fight a set of unique enemies or unlock new doors or pathways to accomplish this. Occasionally there will be a pile of dancing lego pieces that require you to stand by and hold a button to build an item that you need to progress further. But there was more than one time where the location of these pieces was obscure or hidden, or that one piece was missing because I didn’t bash a barrel enough to completely break it. Sometimes there is a runestone with a vague tip that can help, but the information they provide is frequently too little, or too late. I got stuck for a good 10 minutes when the game introduced the concept of stalking spear-equipped Dwarves to make a pole for Bilbo to climb up. I ascended to the first platform, but there was no obvious way to bring the Dwarves up with me – and I needed them to stack even higher to reach another platform. Little did I know that there was a very small pile of sticks off to the right side of a screen, almost completely hidden by the shadow of the cliff above, that I needed to break in order to construct a ladder. What can be even more frustrating are times when you need a specific characters ability to progress – an Elven bow to shoot a target, a Dwarven pick to mine some ore – but you can’t readily select the right person, or you don’t know offhand which character has what skills. You can quickly switch between some characters with a simple tap of a button, but it rarely went to the character I needed. Or, you can bring up a radial dial to select one specifically, but it’s not immediately clear what character you should use, or you may not even have a character in your party that can help.

There are also some other gameplay elements that require the mining and collection of resources to construct more elaborate LEGO structures, or the occasional set piece where you need to run away. The forced collection of raw materials demands that you break every crate and barrel you see, and mine every ore that presents itself. This becomes a rather tedious process that distracts from forward momentum. When it comes time to launch into the construction minigame, you are tasked with finding a specific LEGO piece from a radial menu while a time ticks down, but your selection is rather laggy and imprecise, and there are times when two or three pieces look nearly identical, just presented from odd angles. When running through a set piece, movement again seems surprisingly laggy, and when there are unique collectibles that very briefly appear on-screen, you can only hope that you were lucky enough to be in the right place at the right time. These moments that could have added value to an otherwise simplistic progression end up being frustrating, half-baked interruptions. 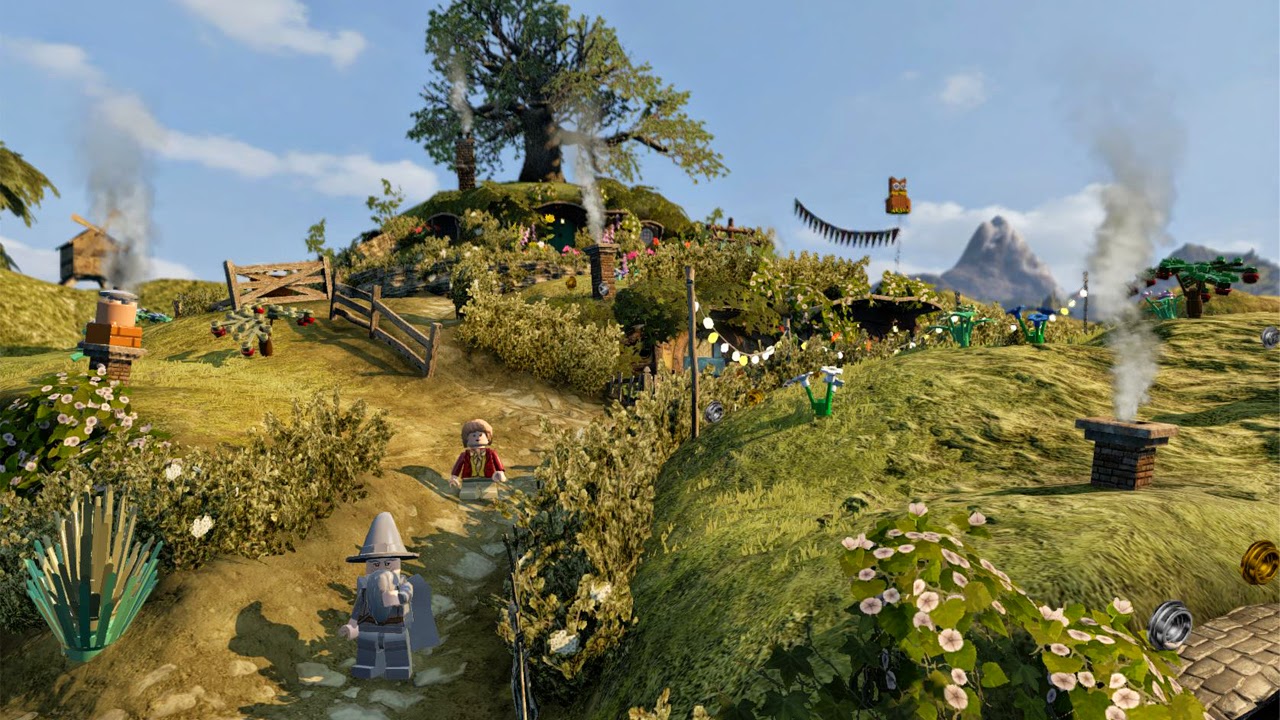 Boy howdy are there a lot of things to collect – millions of studs, dozens of characters, a multitude of unique equipment, and some shiny silver blocks to find. Trouble is, the game never made it clear to me how to access these unlocks, and I still don’t have even the slightest clue what some of the collectible items are. I was earning silvery blocks for completing sidequests, or finding small crates of LEGO studs in maps, but there’s no understanding of their value. Many of the levels require you to backtrack with specific characters in order to use their skills to find some of these items, but without an established value, I had little personal incentive to do so myself. This feels like the next evolution of collecting banners in Assassin’s Creed, or orbs in Crackdown – and that’s a gaming habit that I have fought tooth and nail to break. On the plus side, the sheer amount of stuff in this game is a delight for fans of the fiction. Though it can be overwhelming to navigate the overworld to find the next mission, the joy of exploring a familiar world in such a fanciful presentation can really put a smile on your face. It also can’t be understated the delightful comedic touches that are put into the cutscenes, adding something new to look for if you are already familiar with the story points. 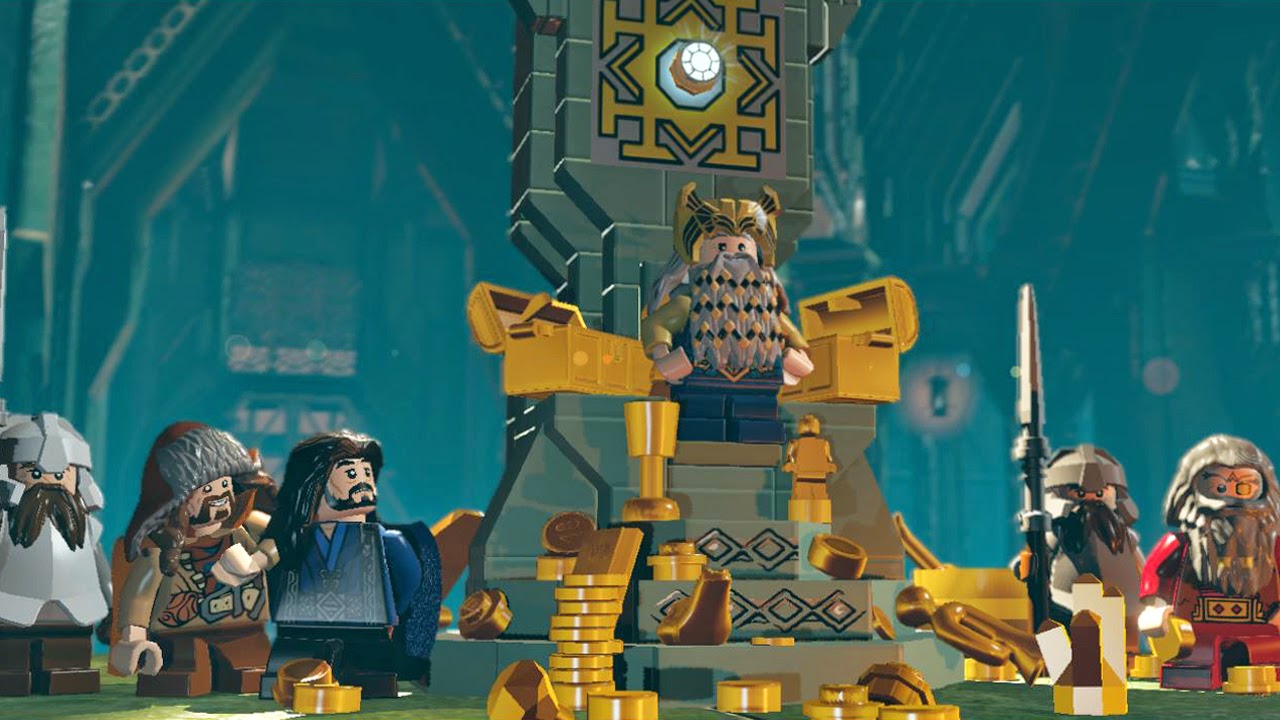 The act of actually playing LEGO: The Hobbit was one of my least favorite aspects of the game, as it was either too simple, or poorly explained. But the surrounding elements, in particular the funny and creative take on the lore, as well as the simple fact that the audio and music are sourced straight from the films, help prop up the experience. It’s fairly clear that this type of game is not for me, skewed more towards a younger demographic, or one with a diehard love of anything set in the universe. That said, if you have not had the chance to take a look at the types of things Traveler’s Tales is doing with their creative minds, the interstitial elements are worth the price of admission on their own. 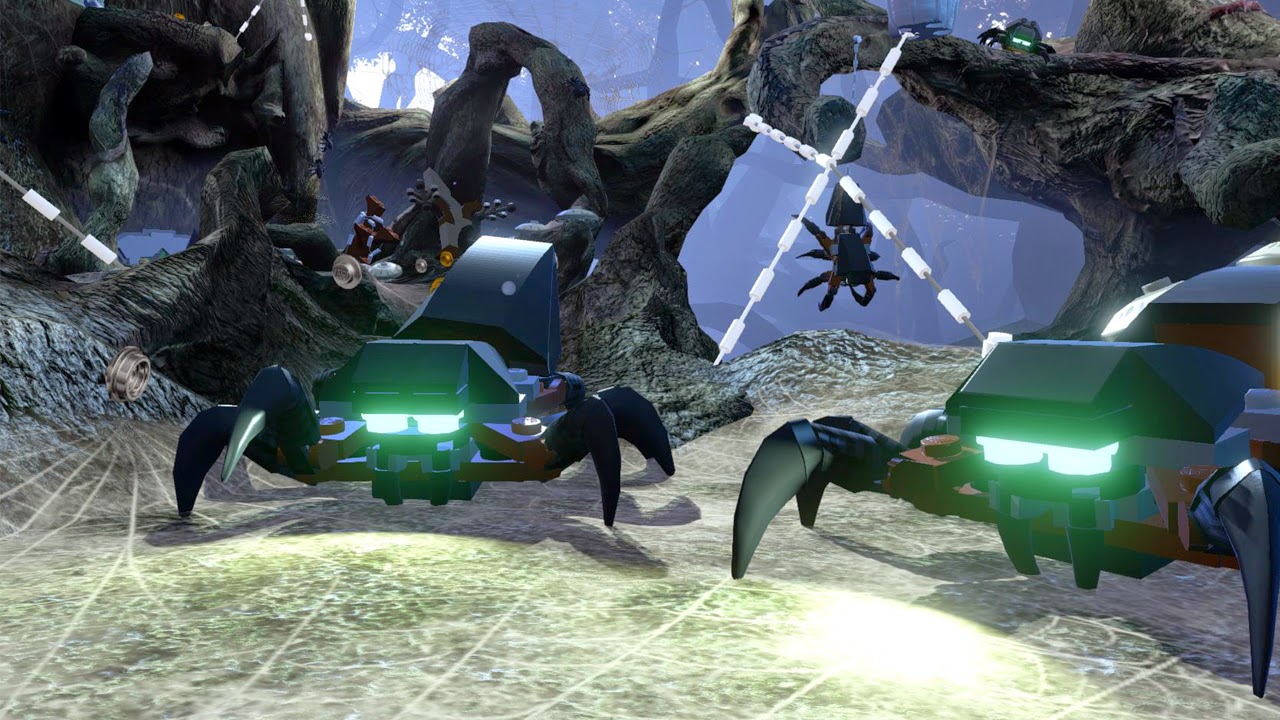