Puzzle games are hit or miss for me; they really need to bring something new to the table to really draw me in. Project Temporality tries to do exactly that by thrusting you into the role of Subject Eighty-Seven, a test subject for allowing humans to turn back time but with an added twist thrown in; you can clone yourself while you are rewinding time. Using this ability, you will work your way through a station full of traps, locked doors, and other obstacle, turning back time and cloning yourself in order to complete objectives, disable lasers, or open doors. 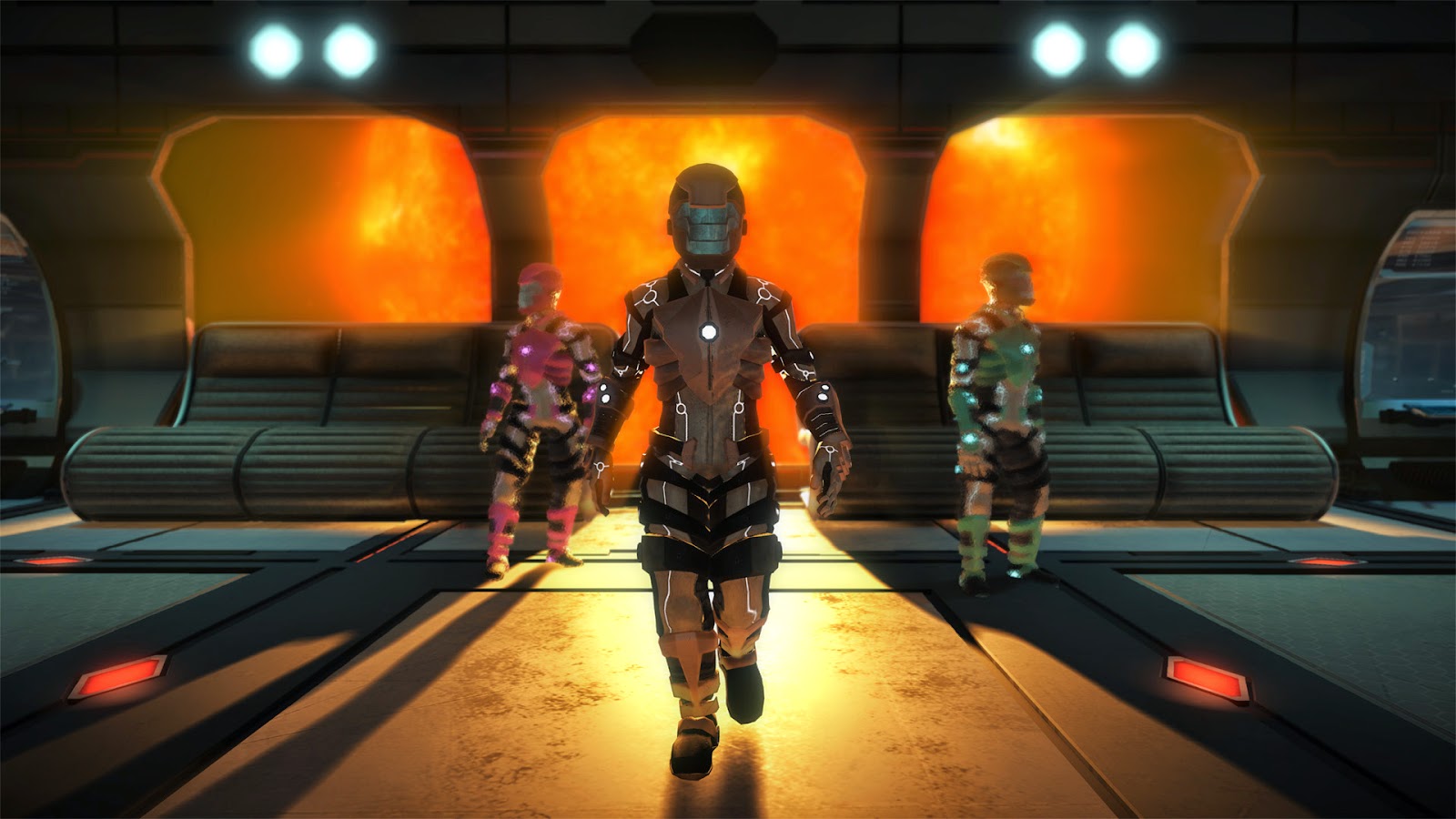 In most cases, a puzzle game is a puzzle game; some will bring something
new to the genre, others will recycle tried-and-true tactics. Project
Temporality aims to set itself apart by taking one of those tactics and
reinventing the way you use it. Does it succeed? 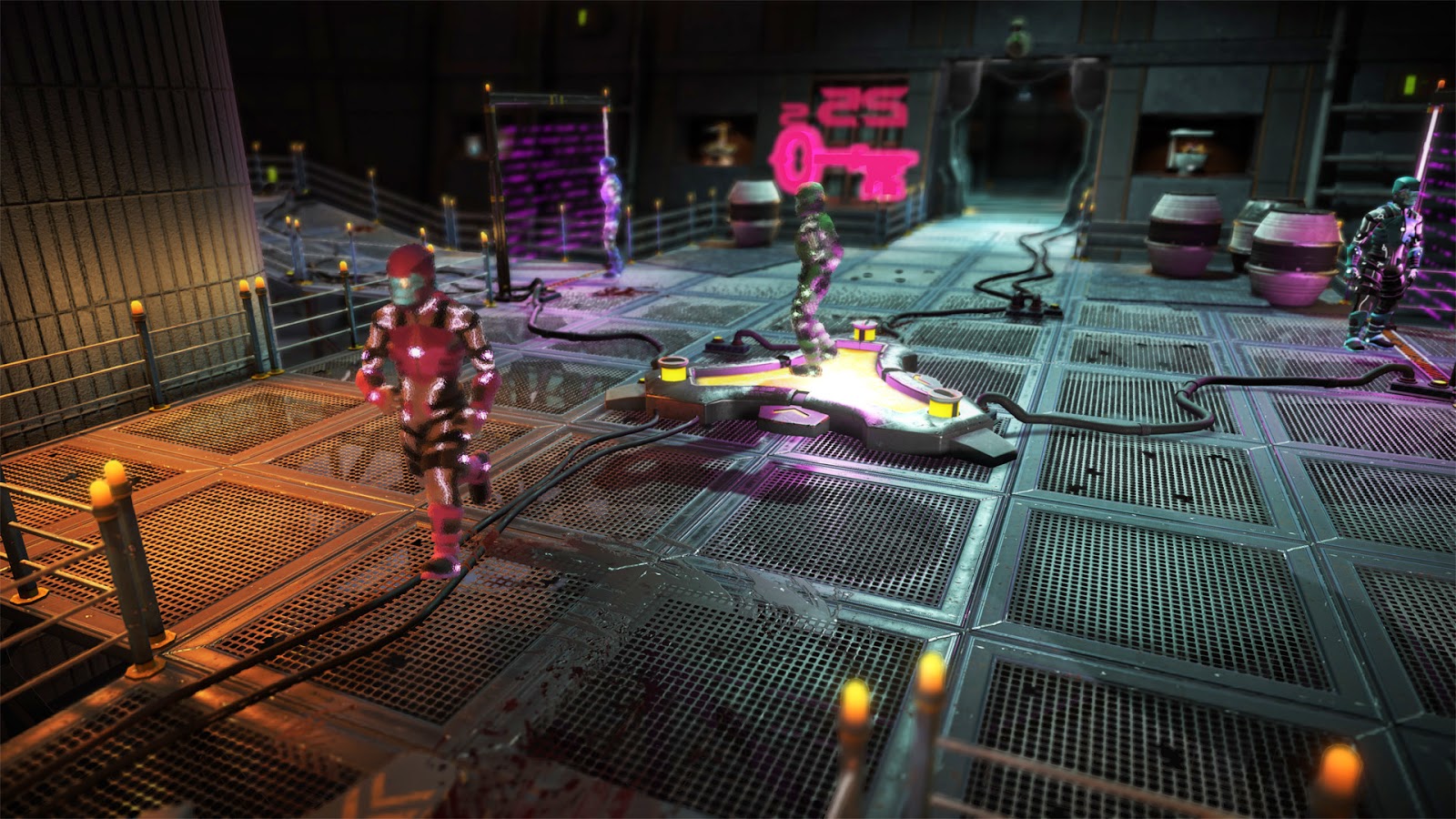 From the press releases and the Steam page, I could tell that the graphics in Project Temporality were going to be nice but when I fired up the game in full 1080p with everything on max I was pleasantly surprised at how nice the game actually looks. The shading and lighting is clean and attractive and with the settings maxed out I didn’t see a single frame drop below 30 fps. The dark environments full of high technology and all manner of glow-y bits are attractive and would feel right at home within any science fiction game or movie. The animation of Subject Eighty-Seven (that’s you) is nothing to write home about, however, the simple animation and design do not detract from the game play. The levels are all quite handsomely designed with plenty of nooks, crannies, and dead-ends that are full of items that you could really imagine being in a space station or other far-future environment. There was no pop-in whatsoever and the smooth-as-butter framerate helped create a very calming and relaxing atmosphere which in turn helped keep me focused on the puzzles at hand. 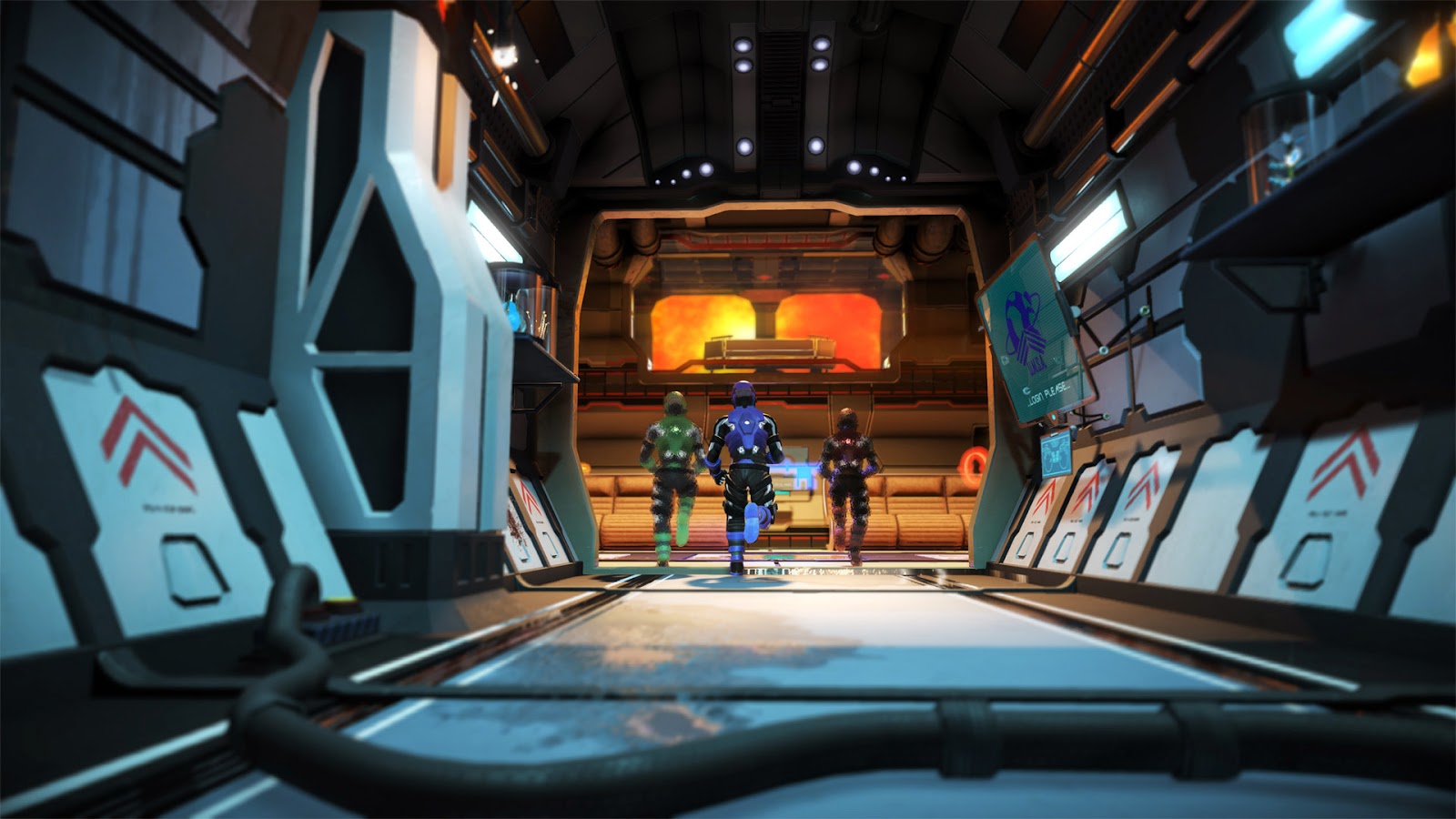 I took immediate notice of the background music as it was calm, clean, and provided a nice ambient tone to the overall feel of the game. The music was a great help in keeping the tone of the game in check, being suitably tense when necessary but primarily sticking to a very lounge-like feel. Sound effects are exactly what I would imagine them being in a future space station / environment. A mix between mechanical whirring and futuristic beeping and bopping. I did have to chuckle every time I jumped with Subject Eighty-Seven as a goofy little “beep” would happen; that small blip of comic relief is enough to break the tension in some of the more intricate puzzles in the game. The audio overall is quite clean and devoid of pops and static and is quite enjoyable. 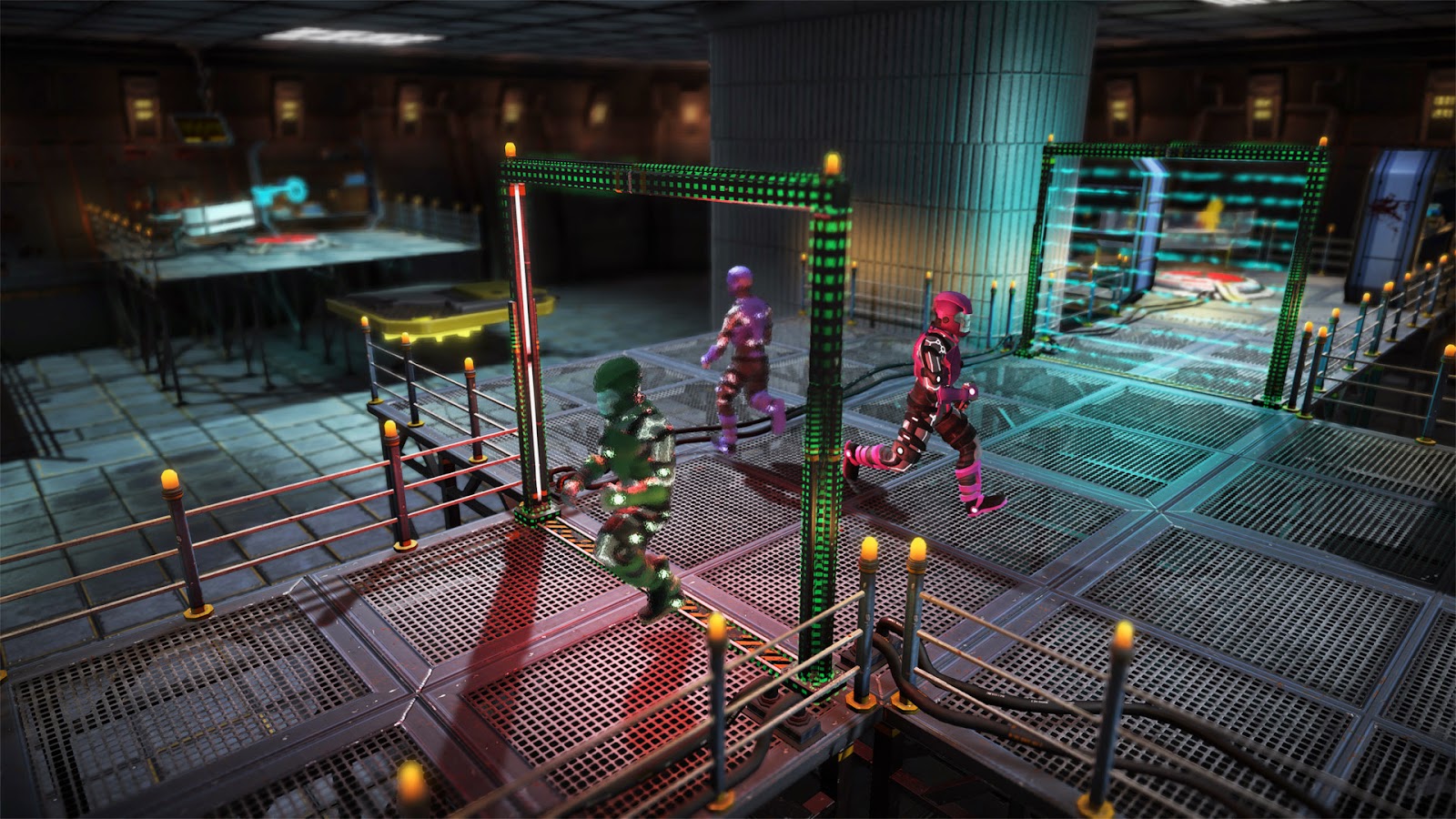 Project Temporality is full time-bendy fun. A recent trend in puzzle games has been the use of time to rewind and undo mistakes, generally this ability is more of a gimmick or an add-on feature to help keep a player sane. In Project Temporality however, the ability to rewind time is a primary focus of the game and the direction is a fresh one. As you are running through the various levels as Subject Eighty-Seven, you will use the ability to not only rewind time, but during this ‘rewind’ period you can create up to eleven time clones that will perform your last steps. This is an extremely handy skill as you will find yourself running into rooms to stand on a button only to turn around and see that said button, while unlocking a door in a different area that you need to pass, will also lock you in the room. Using the ability to create a time clone, you would run into the room and stand on the button thus locking the door / unlocking the appropriate area; once you are standing on that button you would rewind time to when you are just outside of the locked door then create a time clone and it would go stand on the button. While difficult to convey in words, the concept is very neat and can become extremely challenging as you are trying to manage up to eleven of these branching objectives in order to move beyond an area. These time clones add a level of depth and possibility not found in most puzzlers that contain time-bending features.

The controls in the game are very simple and the support of a gamepad is a welcome addition. Playing with both the keyboard and mouse is only slightly less enjoyable than with a keyboard, but primarily due to the time-bending action is handled by the left mouse click and the creation of a time clone handled with the right mouse click. Compared to the gamepad controls it was slightly awkward, but in no way does it go through and detract from the gameplay as either control scheme is well thought out and easy for anyone to pick up and use. 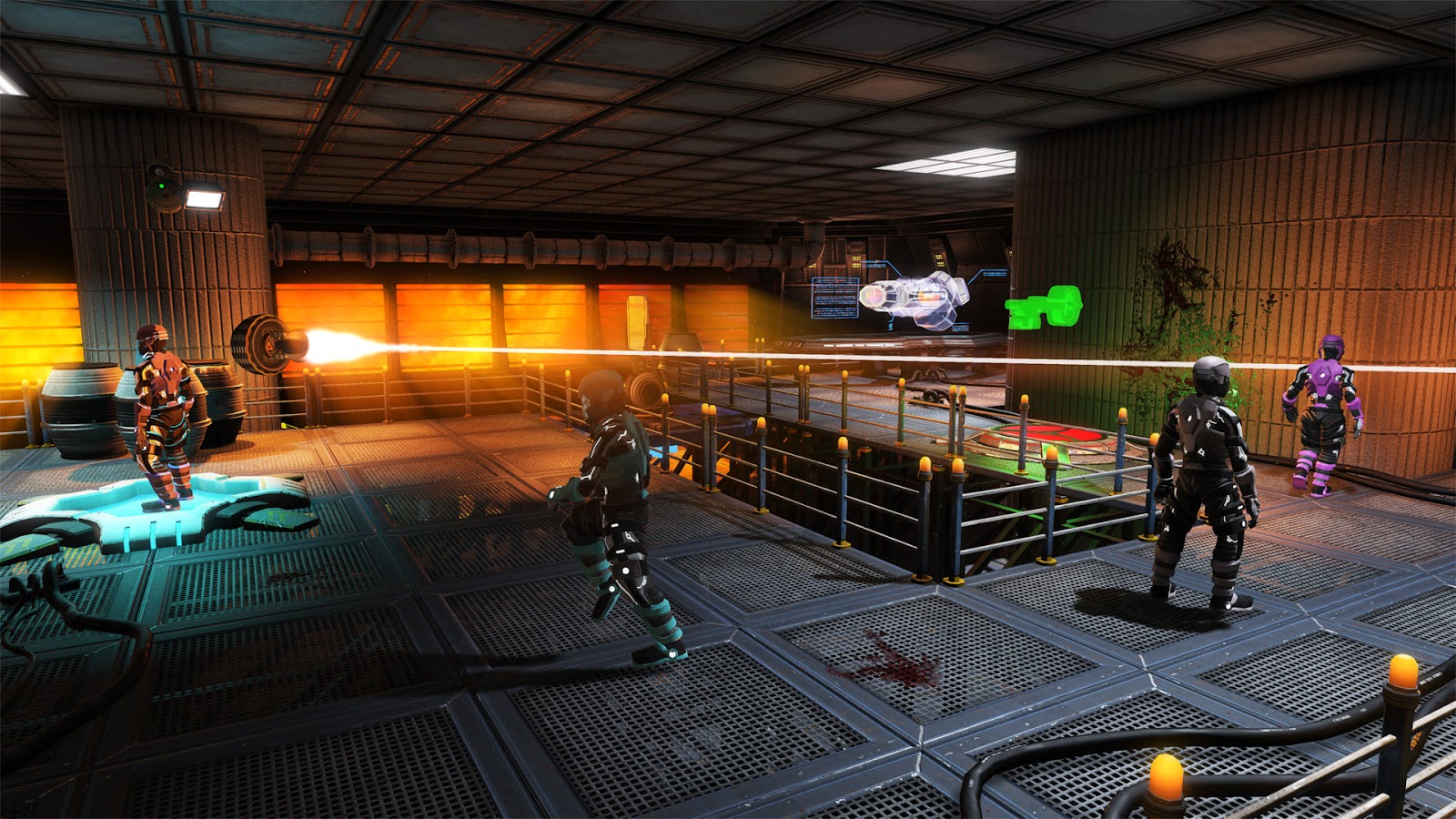 While there are plenty of things to do in Project Temporality (being timed courses and all manner of dead-end hallways) the use of time as the primary focus and not a gimmick is a very neat little trick. Being able to clone one’s self up to eleven times ( eleven! ) while you’re rewinding as a major focus is something very new and very neat. Puzzles ranging from simple (using a single clone) to exceedingly difficult (using many, many clones) all take advantage of the time-bending and cloning feature in a way that feels fresh on each level. In other games the use of a rewind feature was used primarily as an ‘undo’ effect and while that can be done, nay, will be done in Project Temporality, is not the primary use of the ability. Instead the game is built around the ability as a whole, to bend time and create clones and it really pays off, focusing less on a gimmick and more as a core concept. 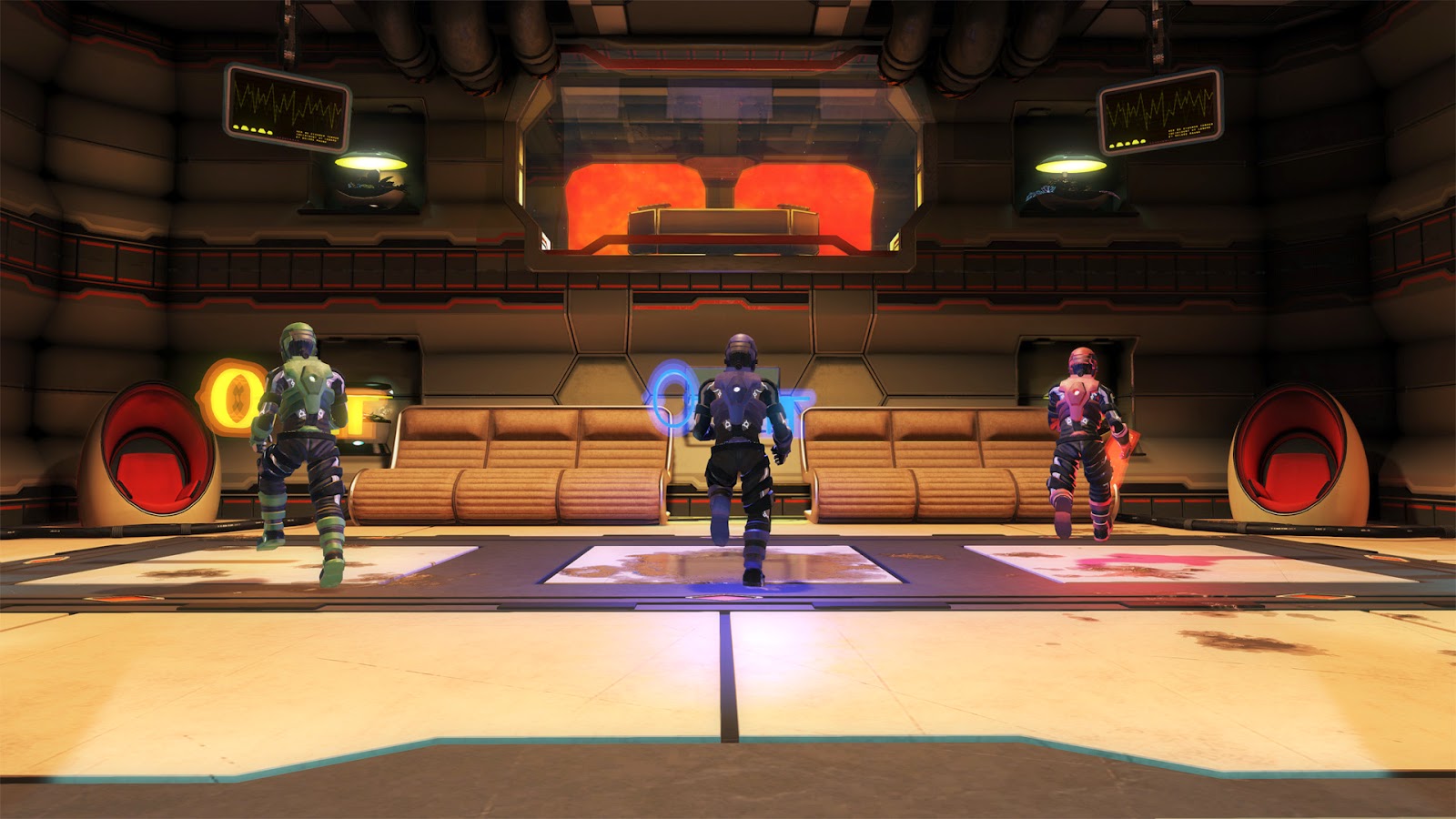 Outside of some puzzles that had me pulling out what little hair I have left, Project Temporality is without a doubt, fantastic. Making use of a feature that is more often found as an after thought, DeFrost Games took the ability to turn back time and turbo charged it and forces you to think in multiple paths and directions all at one. The overall aesthetic is good, clean high technology and has some spectacular traps and environment obstacles that need to be handled by Subject Eighty-Seven and their eleven time clones. The different memos stored throughout the locations really help drive a story that was written with care and dedication and help open up the world that you have been thrust into. Looking at the package as a whole, the clean audio, the crisp graphics, and the engaging gameplay really set Project Temporality above and beyond the current offering of puzzlers. 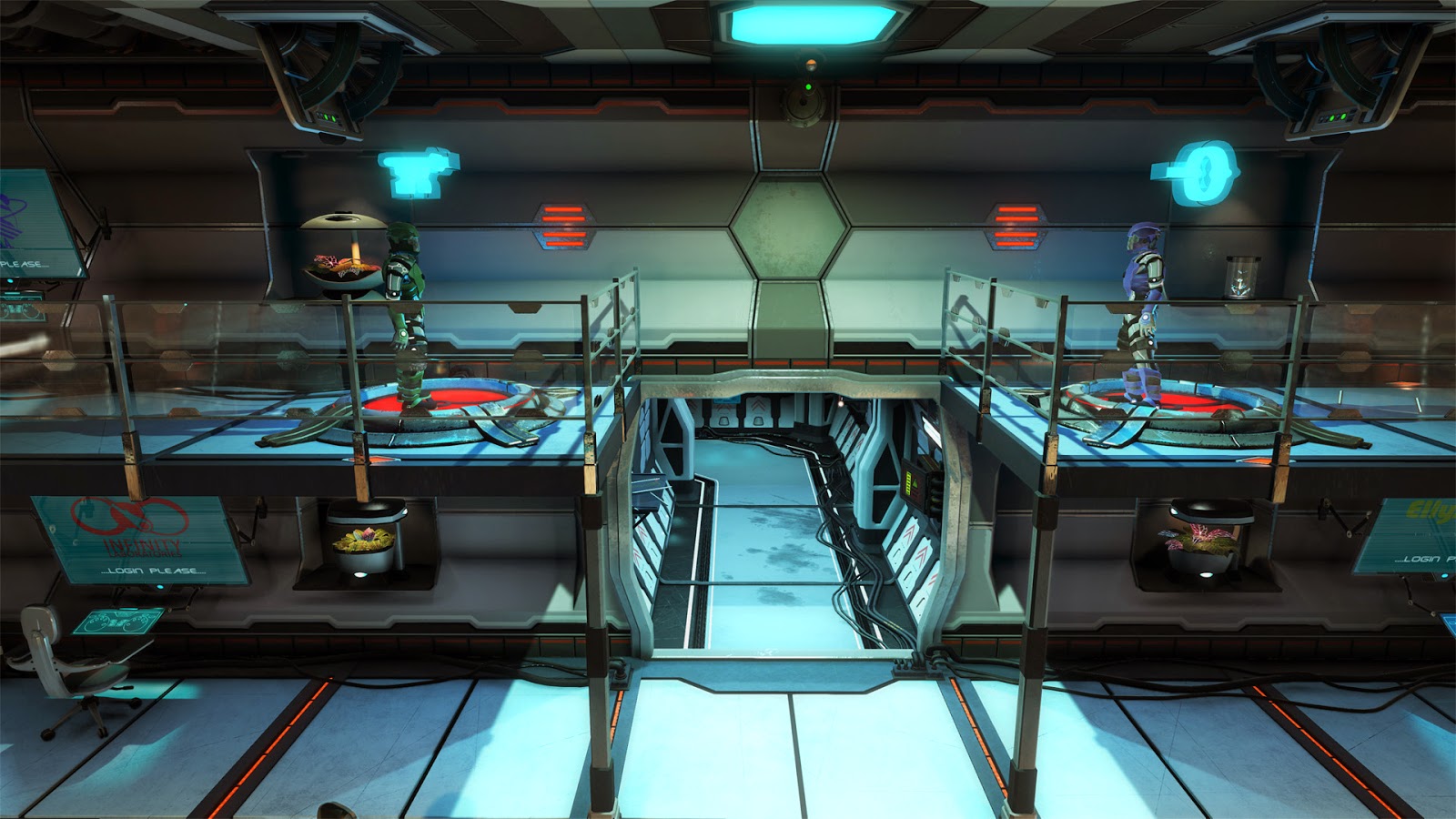