Shiny the Firefly puts you in the shoes of Shiny, a firefly who was playing in the garden bubbles when suddenly it has last all of its babies. Your goal is to save your babies by escaping terrible enemies and solving puzzles throughout the garden. 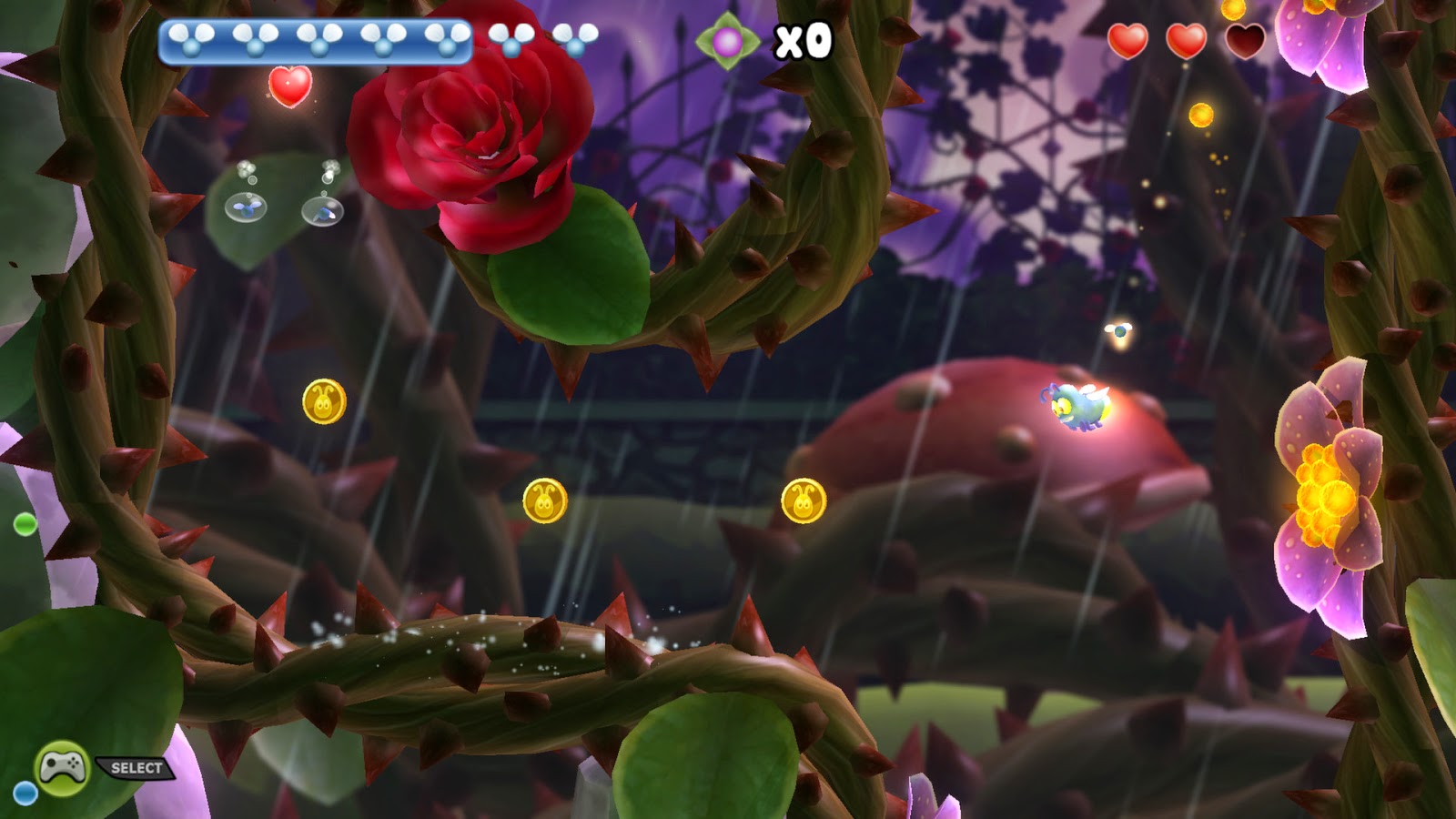 Originally released for the mobile gaming market, Shiny the Firefly was a
breath of fresh air for both Android devices and iOS devices, as it
brought a different type of platforming to the market. Attractive
graphics, fun puzzles, unique play styles, each factor help bring Shiny
the Firefly over to the PC realm, however, did the port translate into a
successful platformer on the PC? Read on to find out more. 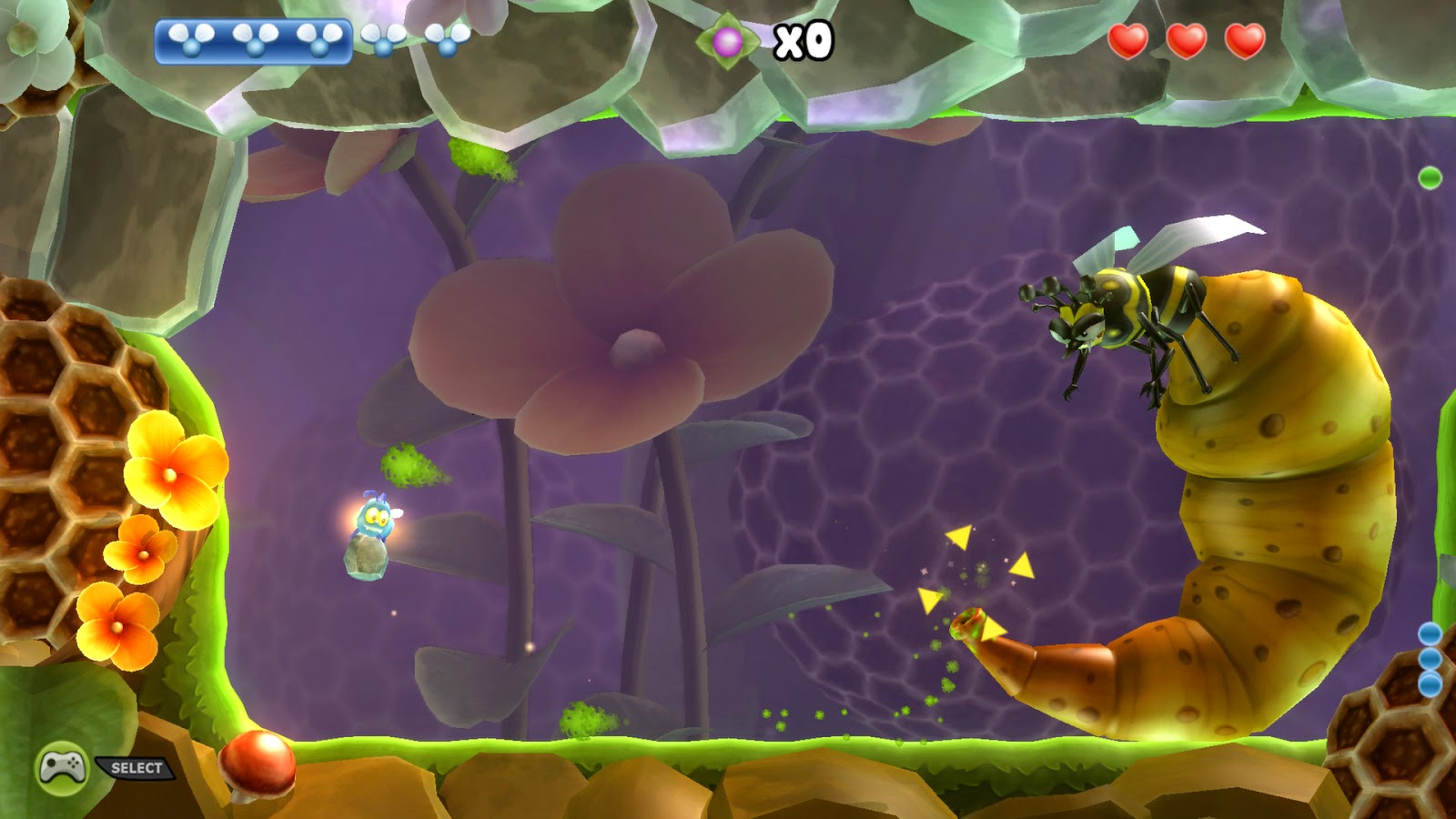 Shiny the Firefly’s graphics are endearing; they have a certain whimsical, even magic feel about them and it creates a package that is both childlike and fantastical. The various insects are well animated though your firefly, Shiny, is particularly well animated. His wings flutter and flit while his tiny little legs will kick and sway in a very realistic fashion. Background environments are rich, vibrant, and add a level of depth not generally found in a port from a mobile device. The real kicker, though, is the lighting; in Shiny the Firefly, the lighting is quite a joy, the faint glowing rays from other sources, the hazy shine from the firefly itself, every aspect of the lighting is clean and well made. 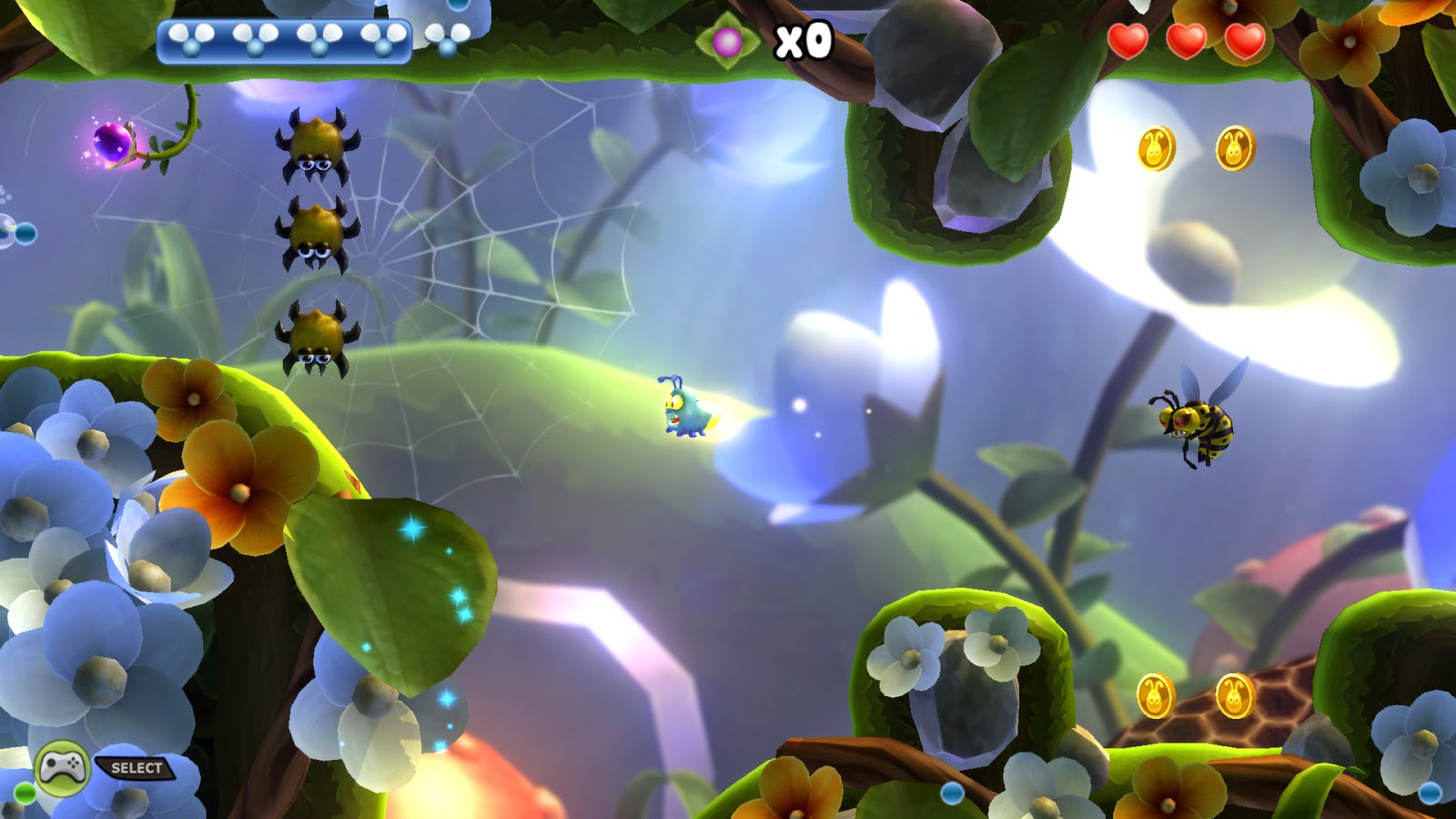 Given the original version of Shiny the Firefly was designed for mobile devices, the audio is not necessarily the deepest nor the most robust. What it lacks in diversity and depth, it makes up in pure fun. The easy-going background tracks reminded me of a Disney-esque setting, where everyone hops around happy as can be and it fits extremely well with the simplistic yet goofy graphics. The sound effects are positively childish and reminded me of a lot of the sound effects from classic cartoons such as Tom & Jerry or The Looney Toons. There wasn’t a single static-filled track or warbly sound effect throughout the few hours of gameplay and the light-hearted feeling that the audio gave kept everything fresh and fun. 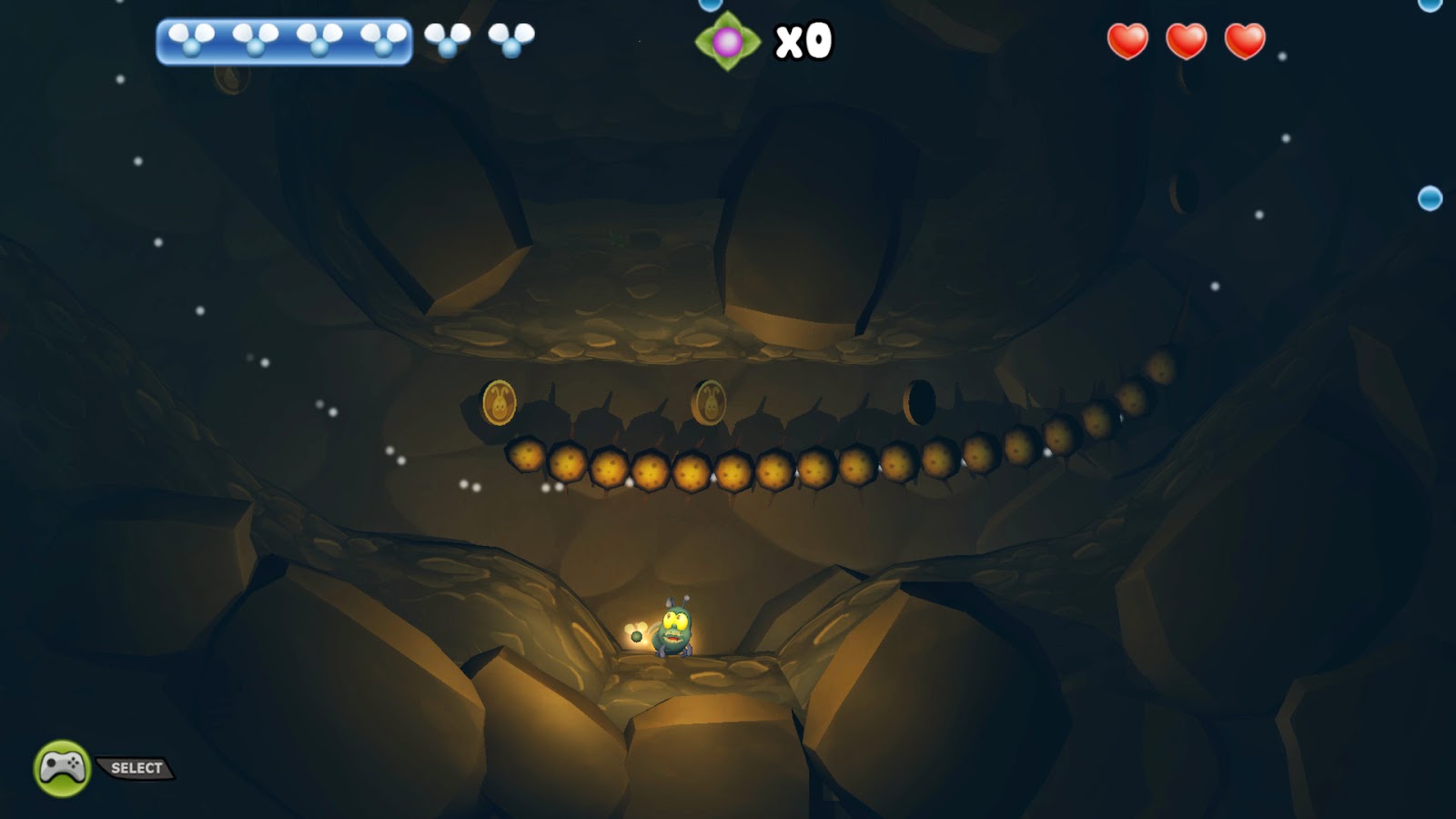 Overall the concept of Shiny the Firefly is fairly simple: navigate a level where you’re attempting to save baby fireflies while getting past various traps. Right from the start you can tell the game is designed with touch interfaces in mind and it shows, using a gamepad was a bit of a challenge, without the gamepad I don’t know if I could have gotten very far, as the mouse and keyboard controls just felt unnatural. Even with the gamepad there were a few little issues / technical glitches that appeared that made me fervently wish for a touch screen laptop, but with a little perseverance I was able to get through it and actually enjoy the simplistic nature of the game. Shiny the Firefly is not long, one could beat the game in a matter of hours, which is not a bad thing. The nature of mobile games is to be quick and easy fun and Shiny certainly foots that bill. A big plus to it all is the simplicity of the game itself, anyone can pick up and play Shiny, whether you are an old timer like me or a young child, playing the game is simple and straightforward. 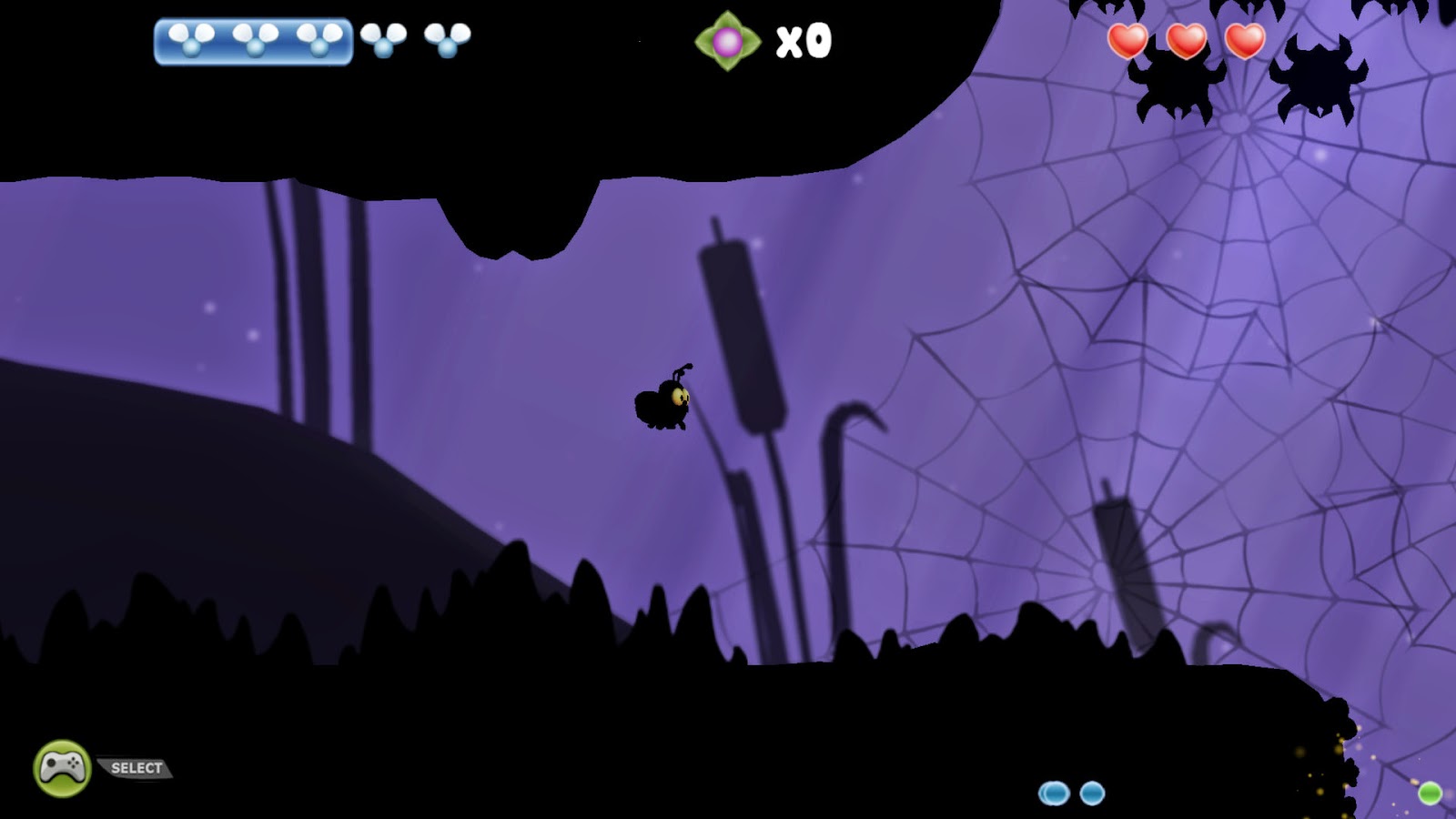 There are not a ton of extra features/content for Shiny the Firefly however the game uses a similar ‘Stars’ system that you’ll find in other popular mobile games (think Angry Birds) where a number of stars are awarded based on time to completion as well as how much damage you may have taken and how many baby fireflies you managed to rescue. This very relate-able and easy to understand method helps drive a gamer to go back and redo a mission just to get that one extra star. The process works quite well as I found myself heading back to previous levels just to ‘get that one extra star.’ A sentiment that I am sure a lot of mobile gamers can relate to. 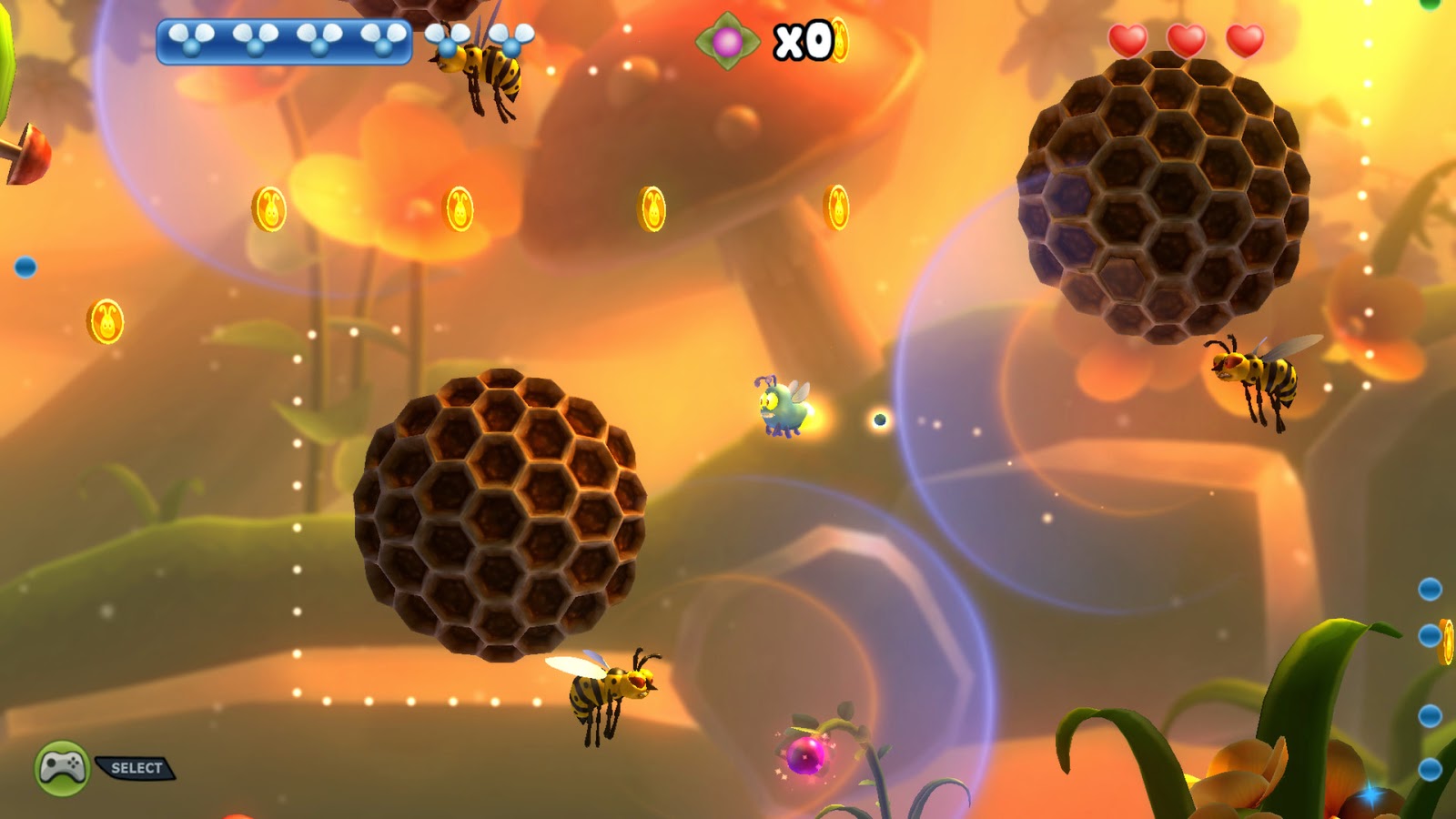 While Shiny the Firefly is most definitely a game designed for the mobile market, the port to the PC is not distasteful in any way. There were a handful of times where the need or want of a touchscreen had arisen, however it did not break the core game nor did it detract away from the overall feeling of fun and lighthearted gameplay that Shiny offers. A very simple game, Shiny looks to bring a game designed for the mobile market, successfully to the PC market and it succeeds quite well. Crisp graphics, upbeat audio, and fairly simple controls (assuming you are using a gamepad) will allow any user to pick up Shiny and take a break from reality and rescue a few baby fireflies. 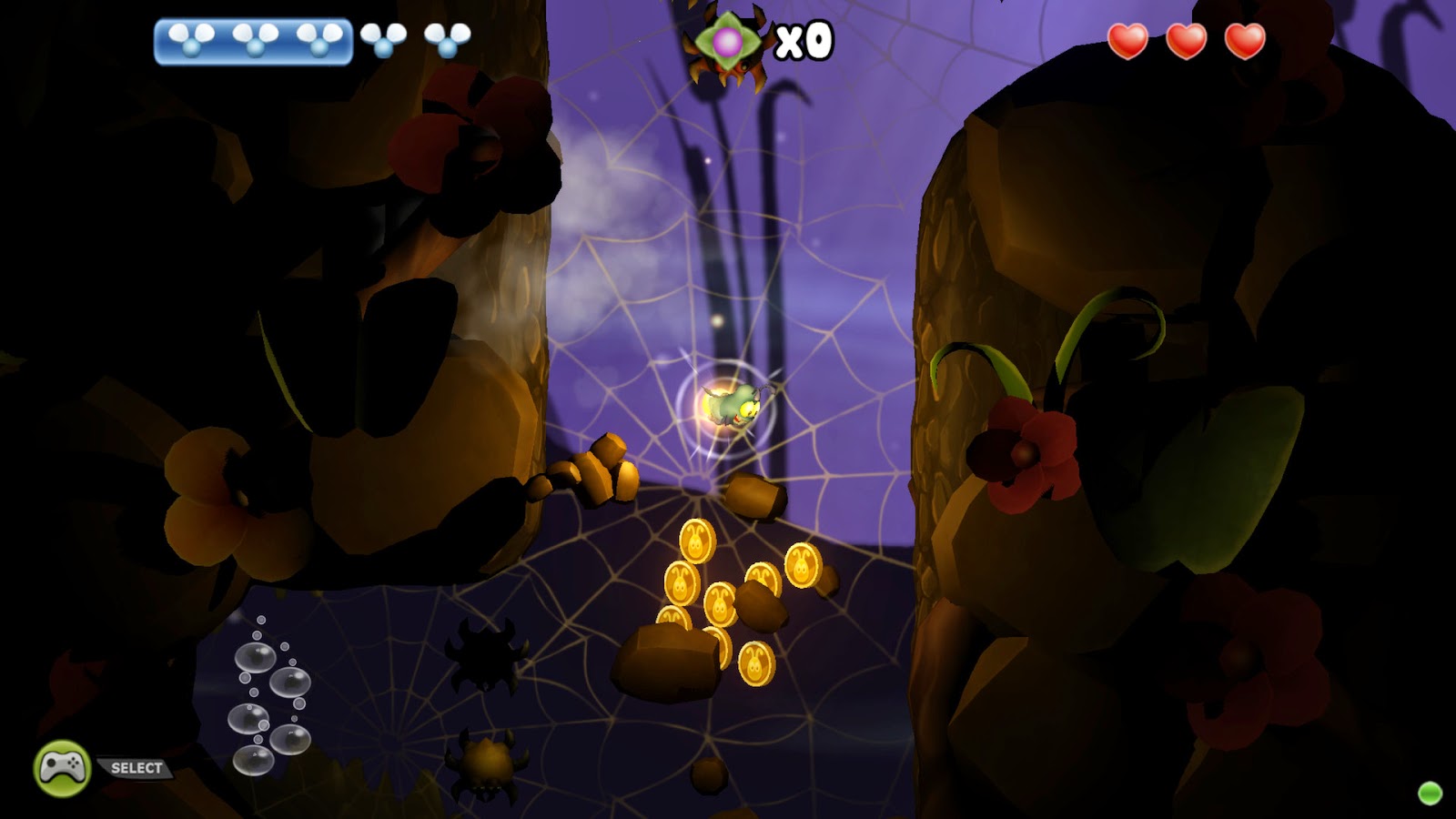