Note: This review has been updated at the bottom with some new information and a revised score based on developer feedback having been taken to heart and implemented in quick fashion.

Dear BattleGoat Studios, I both hate you and love you for making this title.

Supreme Ruler 1936 is a real-time strategy war game that has a learning curve that is going to murder you if you happen to be a newcomer to the Supreme Ruler line of games. This is an insanely nuanced title that rewards greatly for micromanagement of not only units and resources, but also a SimCity-esque level of determining which sections of your country are going to get your Simoleons.

You can invest in education, infrastructure, or many other non-obvious categories that will not only improve the numbers and figures of your units, but will also affect things like military approval and citizen approval rates. Unlike many real-time strategy games that focus on the combat element, the Supreme Ruler seems to benefit, more than most, from someone with both an understanding of history and also an inhuman grasp of game mechanics. 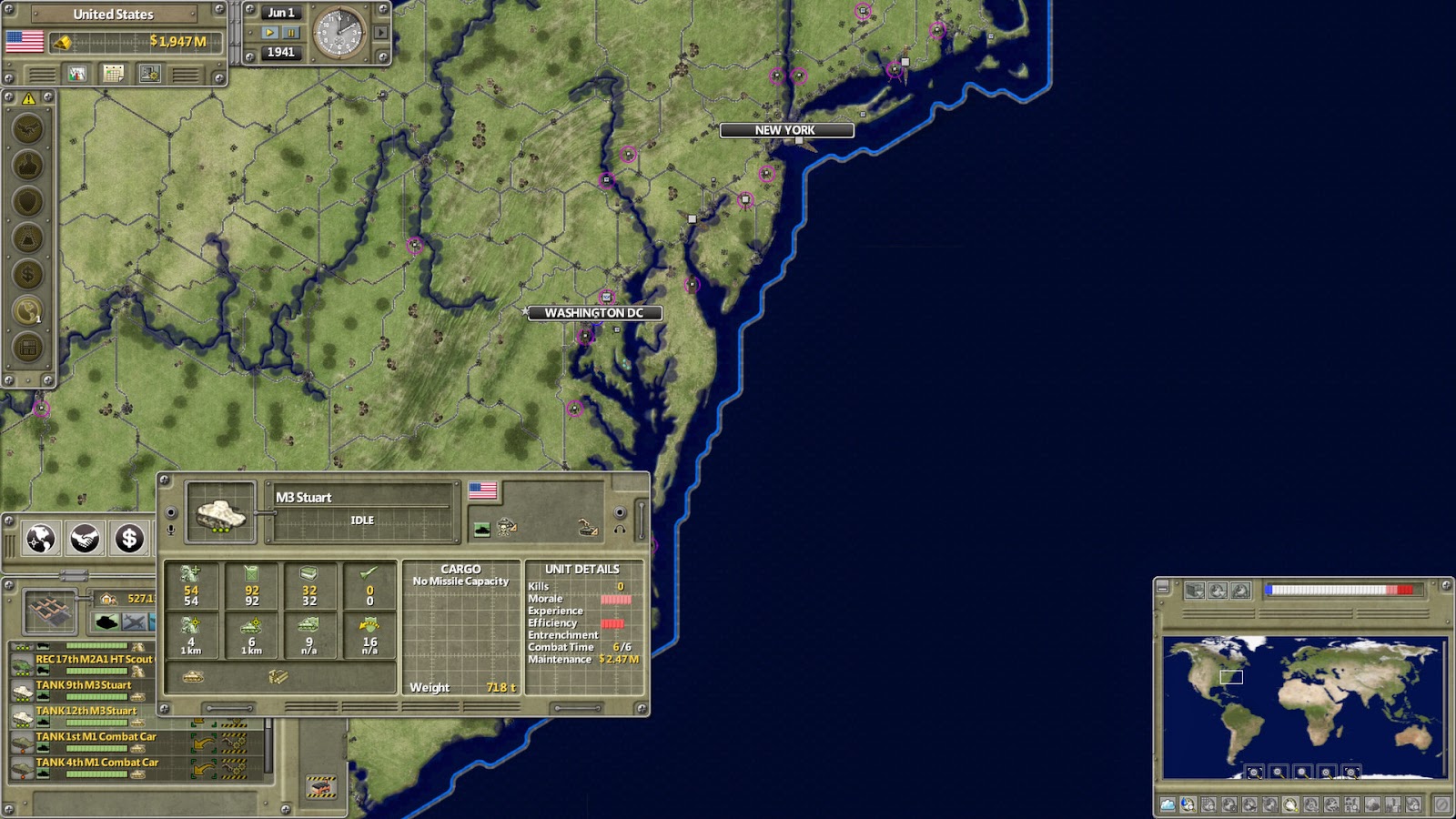 This title has some fairly unforgettable graphics, but that is sadly not meant in a good way. As a military game, the military greens and browns are almost requisite, not to mention expected, and in this regard the game delivers, but like a childhood spent investigating games like Warhammer 40k, with figurines that did not move but allowed for turn based strategizing and formulating your mastermind tactic, it rather lent itself to being turn based. From a real-time strategy game, however, I suppose I just expect animation. The interface, complete with menus, popout sections, selection indicators, explanatory regions and everything else that comes with an information packed HUD takes up a lot of on-screen real estate, but even this is done up in a way that resembles 1936 military looks. This makes the game consistent, sure, but it also does nothing for pushing the visual appeal for this title. 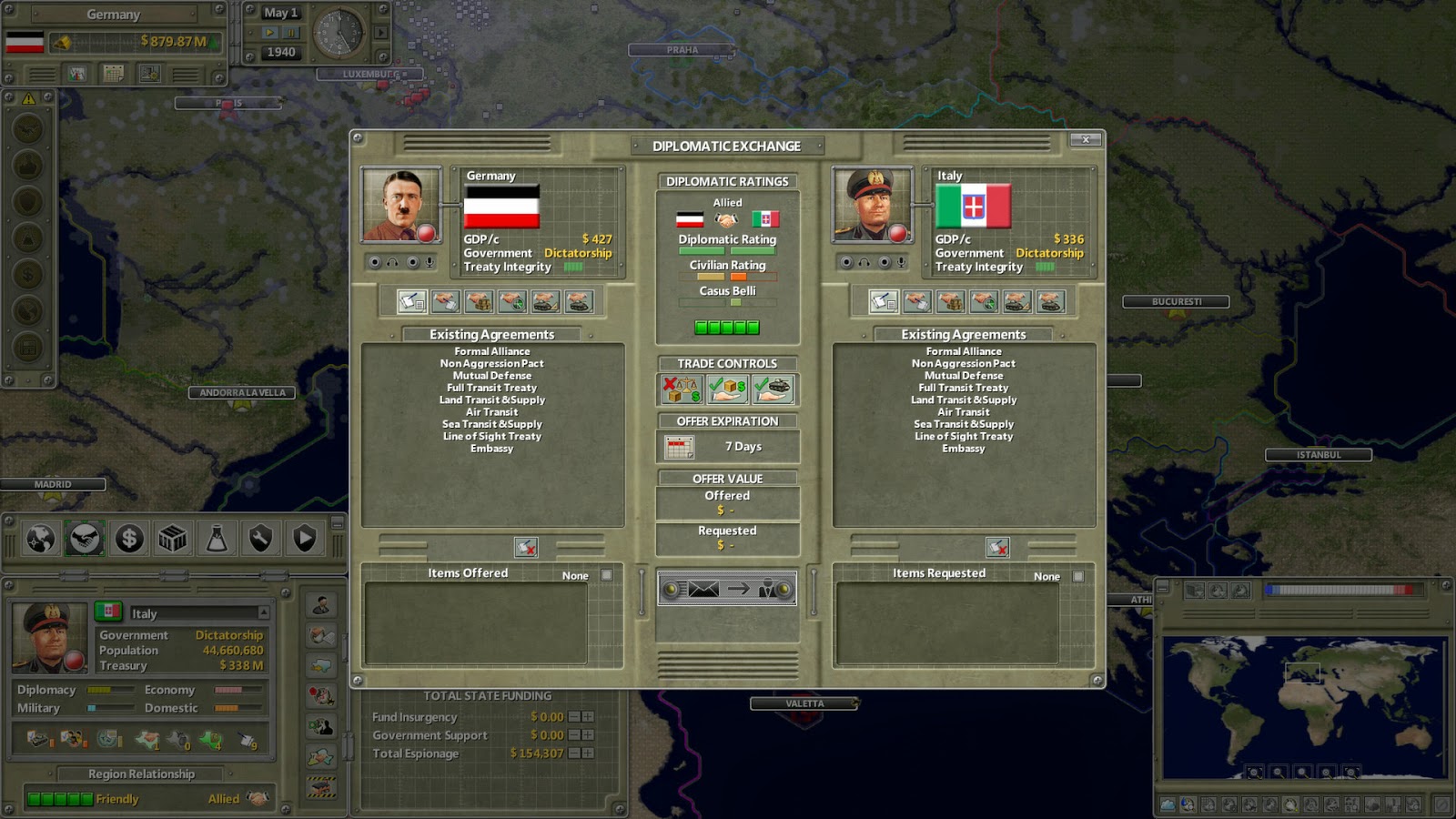 The sound and music for this game is better fit to a turn based approach to life. The music is nonintrusive, does not interfere with the copious amounts of reading, studying and frantic management of just about everything under the sun that you will be expected to manage, which actually lends itself to a good overall experience, even if the ambience does nothing more than to fill dead air. 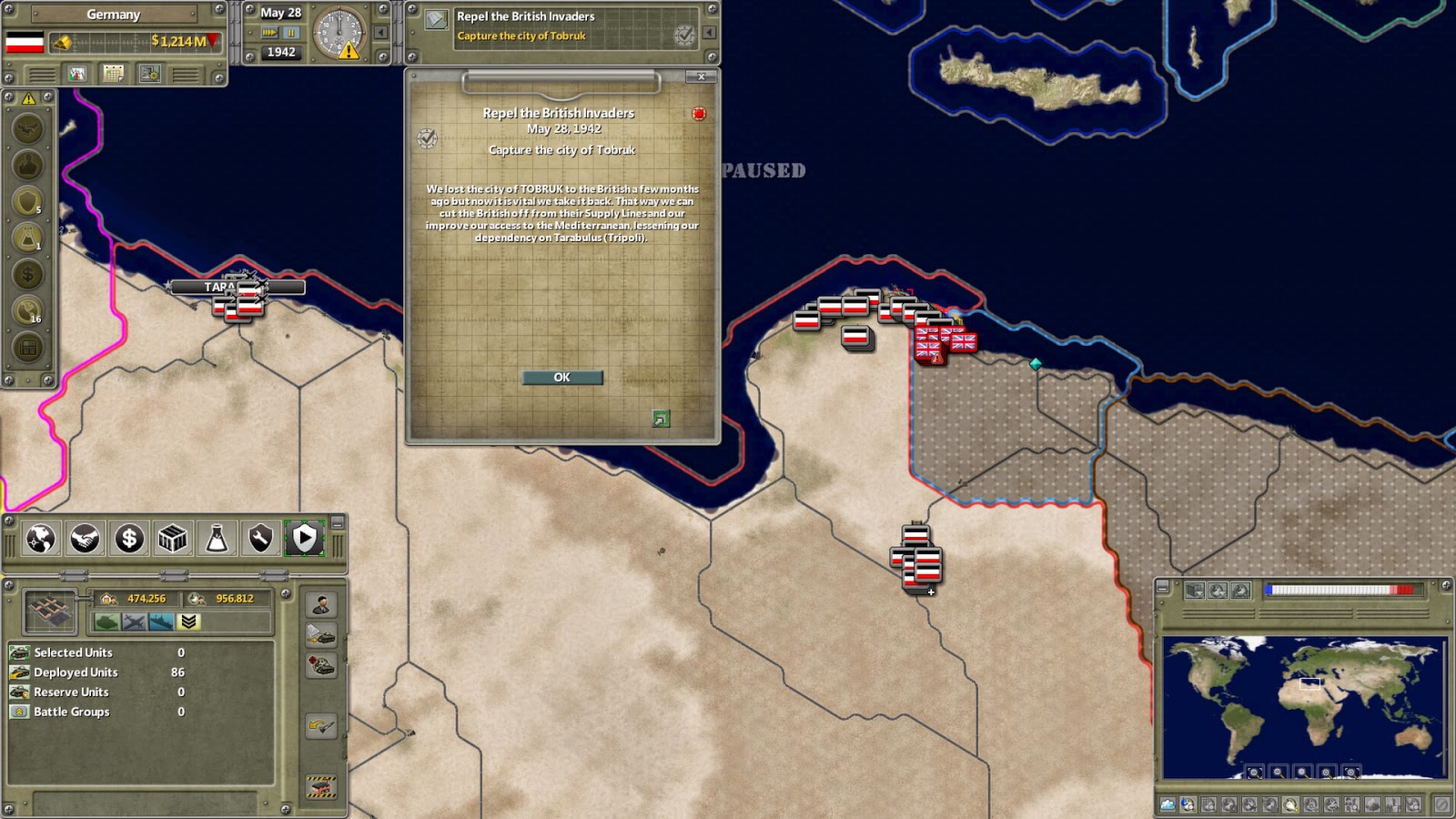 I give this game an average of 7 for gameplay.

On one hand, the learning curve is steeper than some of the more nuanced games that I’ve learned, including Go, Axis & Allies, Catan, and similar types of strategy games. The tutorial just fails to make the grade as I often found myself lost or uncertain how to accomplish a task within the ui provided, and I feel that it would benefit greatly if a veteran of the game had a novice look things over before it went live. Hitting up YouTube, I found gameplay videos that ended up being easily more helpful, without explanations, than the tutorial could have hoped to be, to a new player. For this, I am forced to rate it at a 4.

Once your foot is in the door, though, the gameplay is phenomenal! As mentioned earlier, it is very nuanced and the game rewards you not only for micromanagement, but also a fascination with history. I never did pay much attention in history class, but my reference material for that time frame (see also: Wikipedia) notified me of the dates and locations of some major assaults around that time frame, and I kid you not, I got attacked, there, in the campaign! Such attention to historic detail floored me, and almost a week later I still find myself cheating (researching history) in the game. Need to cram for a history final, boy is this the perfect procrastination tool. Once you are up to speed, the gameplay really does warrant a perfect 10. Coupled with my frustrated 4 for learning curve, this game finds itself sitting at a soft 7 in my book. 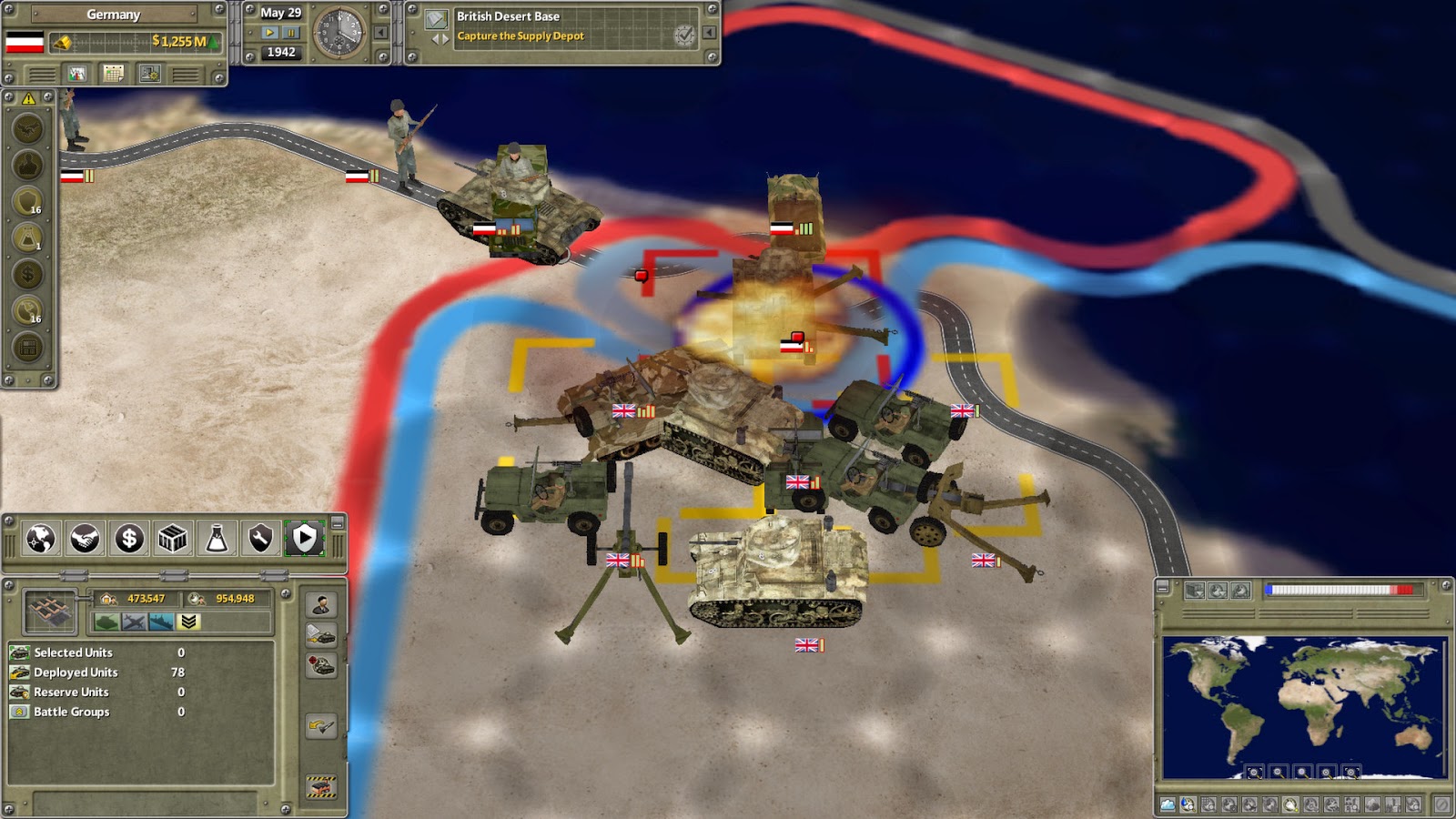 As you change the outcome of historic events, you rewrite history, and new alliances, that would not otherwise have come to pass, are now very real possibilities. As your favourite world power, dominate the world and make your foes bend at the knee, or else… And yet, I still have a hard time getting past the lack of unit animation, and that drastically hits the immersion factor for me. 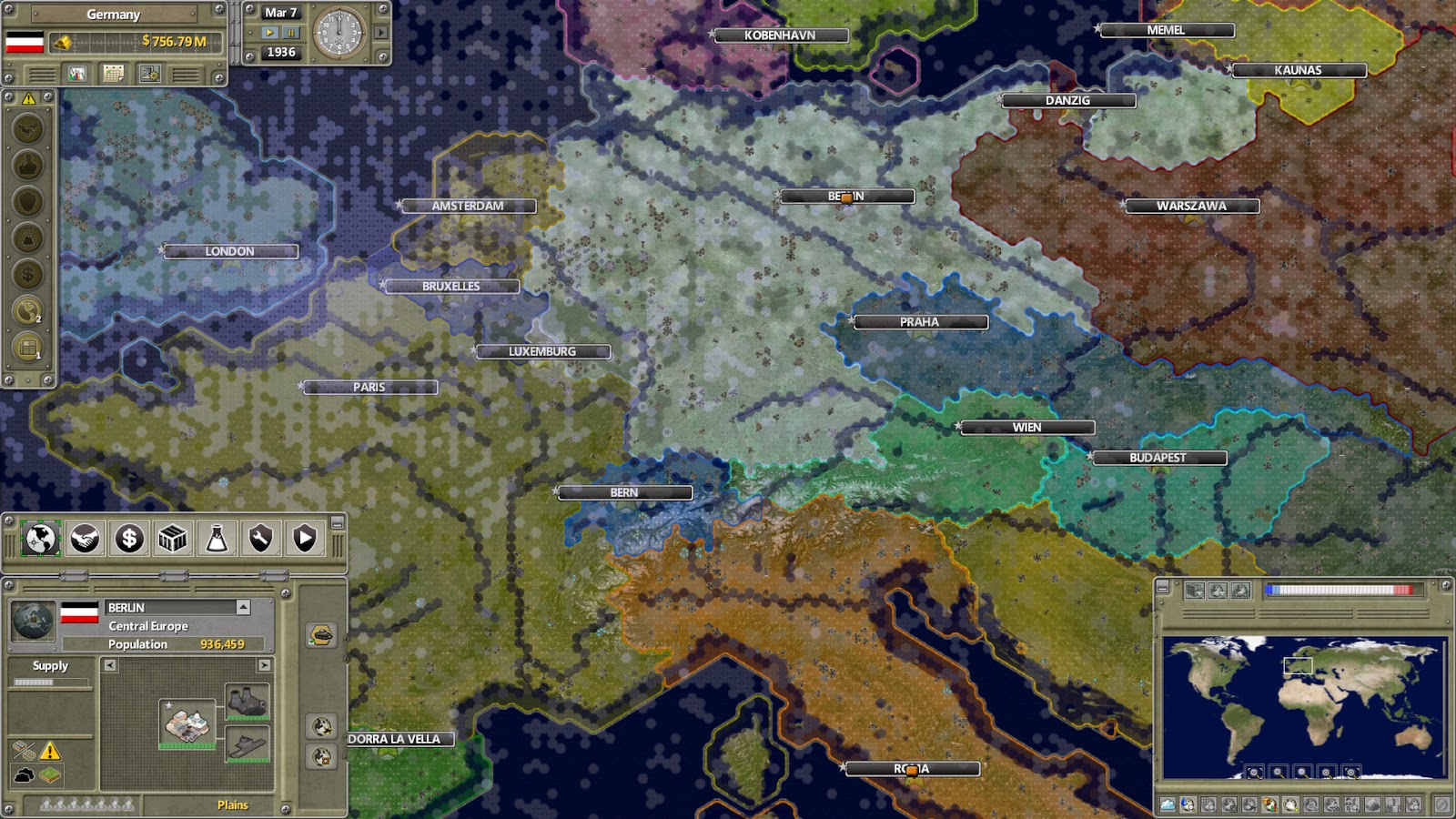 I would love to love this game, but without a bit more polish, that just isn’t in the cards. Perhaps if you are looking for the war room table with figurines you push about with a stick feel, this would be the title for you. I found it to be a real struggle to get into this title, but when I eventually did,  my efforts were rewarded, quite handsomely, for the gem that my perseverance uncovered. It is a shame that the learning curve is so brutal on this game, because with the attention span in the upcoming generation, it is highly likely to get overlooked. 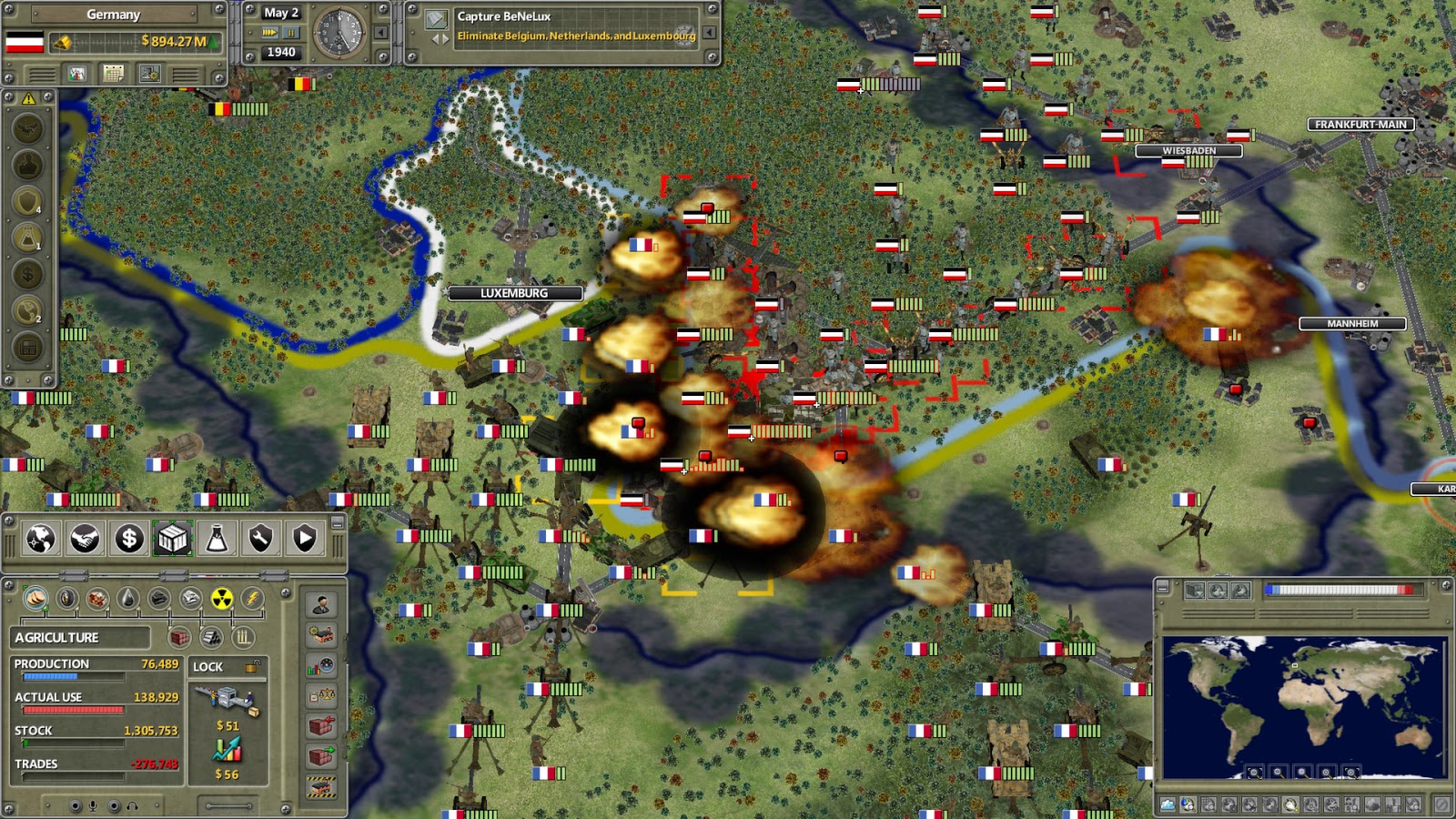 Addendum:
The preceding review was completed based on a version of the game that was a pre-launch state of the game. With a turnaround time that would put larger companies to shame, BattleGoat has released a fairly substantial feeling update to this title. The pdf manual contains a lot more information than it used to, for starters, and marks one of the few times, in recent recollection, that a user will benefit from actually giving it a skim before launching the software. Some additional tooltips added to the interface helps make it somewhat more usable, which yields a positive result to both the visual appeal and to the overall gameplay experience.

The game as it exists now is a somewhat more polished version of the game, polished enough that I would readily improve the gameplay and graphic rating that I gave, and bring the overall up to a 7. BattleGoat studios is still working to revise their software even further, and if the tutorial was fleshed out a bit more to handle luddites like myself, I would unreservedly recommend this title to any strategy gamer that wants intense depth and would like to attempt to micromanage the entirety of the world’s conquest.