The Anomaly series flipped tower defense on it’s head, swapping the player into the role of the ‘creeps’ or, essentially, the assailants. Anomaly Warzone Earth and Anomaly Warzone Korea were two great titles that let you pick your route through enemy towers in a series of campaign levels, rewarding you more for each tower that you destroy. This was dubbed ‘Tower Offense’ and has been a mainstay of the series until now. Anomaly 2 introduced a Tower Offense/Defence mode that pit two people against each other, one person controlling towers, the other the creeps, and let them sort out who was more awesome. 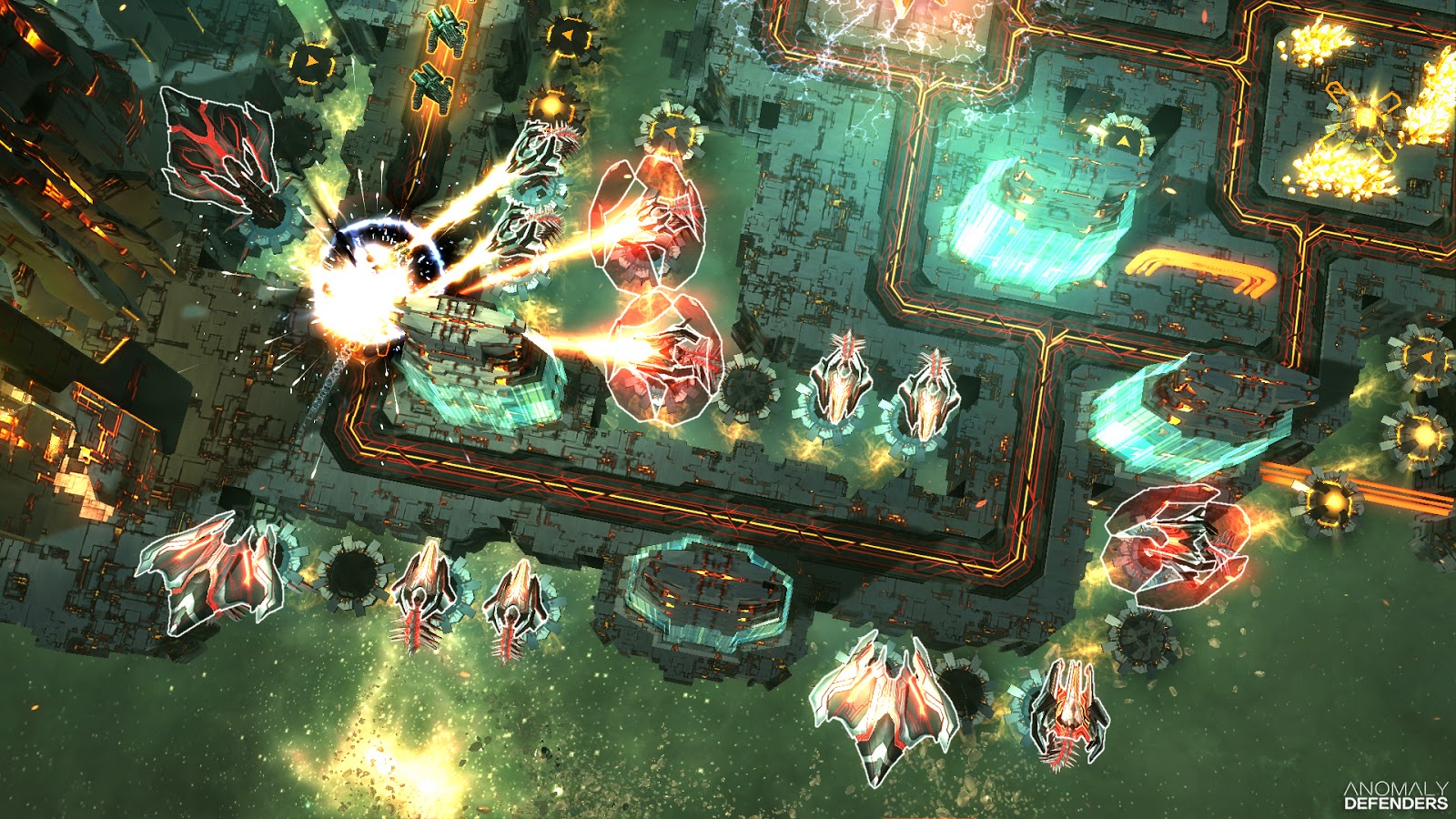 Anomaly Defenders, the ‘third’ title in the Anomaly series (I guess they don’t count Korea?), flips the expected once more and puts you back into the Tower Defense role. Every tower that you can build has been taken from one of the previous titles, and has, in various ways, been a bit of a pox on my attempts to sneak past unnoticed. Now, one can wield these towers like a scalpel, use tower abilities (akin to magic spells or temporary buffs) to repair, shield, disrupt, destroy, multiply damage or even multiply range. Previously, the Anomaly series allowed you to pick up these abilities and use them if you had them in your stock. Anomaly Defenders, instead, provides you with energy points every time you destroy a human unit, we’ll call these “MP”, and activate these abilities, each with a specific cost.

Money from destroying enemies, or from extracting them from specific nodes, can be used to purchase towers and to upgrade the towers. These upgrades are on a per-tower basis and generally improve the damage of a tower by 50%. While on paper, it feels less effective to have towers upgrading before you manage to fill every single node, in practice, sometimes the extra armor gained by doing such is the only way for a tower to survive a wave without relying on intervention from activated shielding or healing skills, and not having to replace the tower, or constantly babysit it, is easily worth some lost in monetary efficiency. 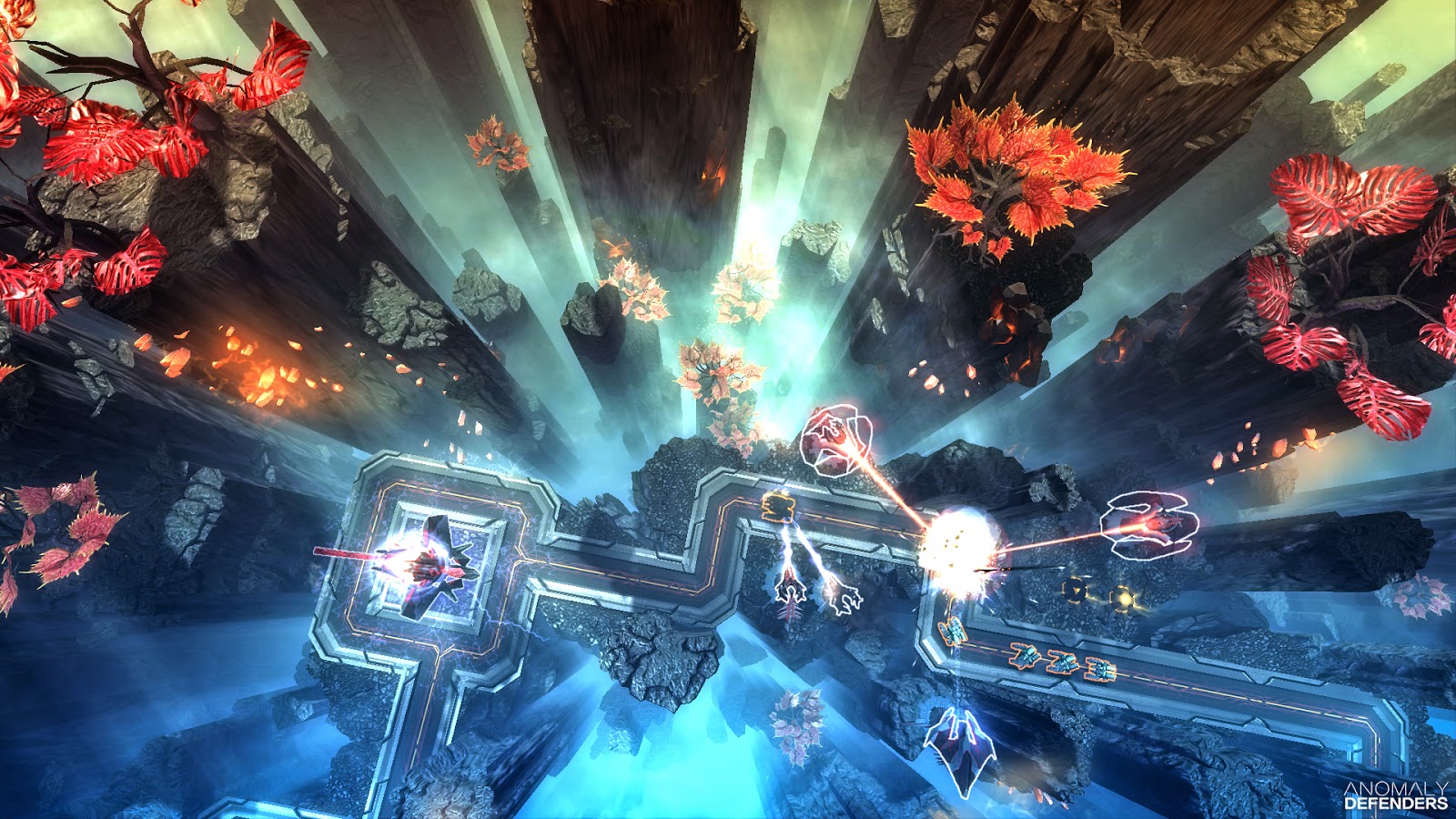 Completing levels rewards you research points, allowing you to develop tech upgrades at your discretion. You can unlock the ability to buy the aforementioned upgrades, tower abilities, entirely new towers or passive buffs across the board. The three research trees allow you to spend your points however you wish between them (barring prerequisites), allowing you to tailor your experience to your play style. With no respec costs, limits or penalties, this allows for experimentation and tailoring your skills to the challenges of the level. Research points are gained on a per-level basis, with additional points for beating levels on higher difficulties. If the game is played through on Easy, you never find yourself unable to purchase the research that you just unlocked, you will just find yourself without any extras to start unlocking passive researches.

Delving deeper into the campaign, gaining more research points, then returning to earlier levels at higher difficulties seems how the game was designed to be attacked. The first couple of levels seem fairly unbeatable on hard without the extra towers, upgrades and money to burn, which gives this title some excellent replay value without the player really realizing that they are replaying the level in the first place. The higher difficulties will add extra spawn points, extra lanes, remove cover, add extra waves, and often, the difference between ‘Easy’ and ‘Hard’ is that they play like entirely different stages. 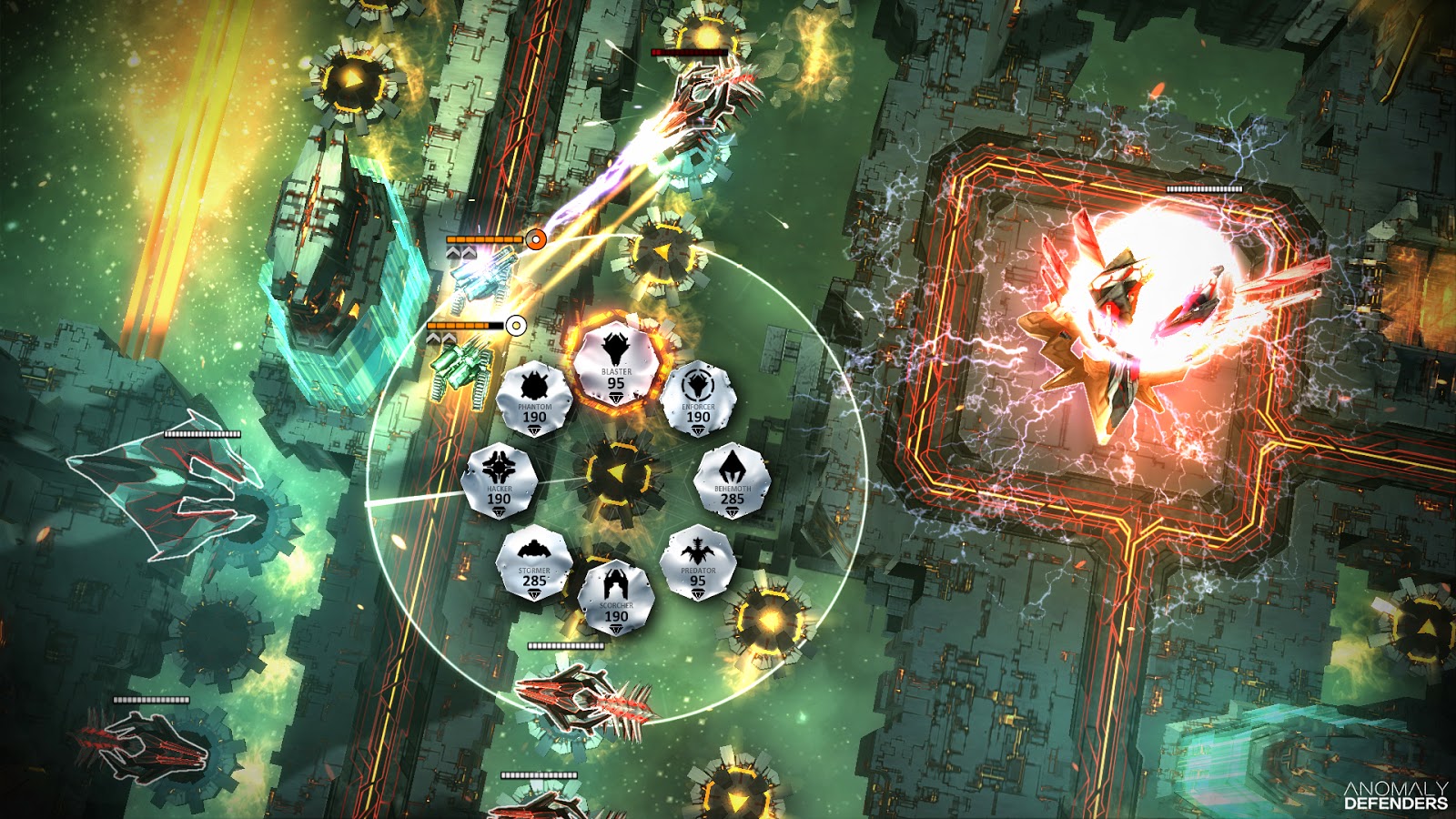 The visual and aural experience is great. The graphics are sharp, as in preceding games, and when you zoom in on units, things fail to look pixelated or chunky, giving an HD feel to the game. The sound effects are almost enough to play the game by without looking, if you knew where to click at least, simply because the game notifies you of elite units, massive attacks or individual waves of humans, every tower, unit and ability has it’s own unique sounds that not only aid in differentiating, but also fit the unit it is meant for like a glove. A lot of TD games get by on flat graphics, sub-par sounds and generally horrible music, because of the nature of the genre not truly requiring a good amount of graphics to pull the gameplay off effectively, but if Anomaly Defenders, or any of the Anomaly series tells us anything, it should be how to do a game right.