Roguelike-like. An actual term being thrown around in the industry. A true Roguelike is a turn-based RPG game, with procedurally generated maps and permadeath, such as Rogue, Nethack, or the more modern Dungeons of Dredmor. In recent years, the procedural and permadeath aspects have been used in platformers, first person shooters, or top-down action games, while adding in aspects of long-term progression, unlocks, and other new twists. As these new games eschew the turn-based fantasy dungeons of old, die-hard fans of a true Roguelike are very defensive of the term, and Roguelike-like was born. 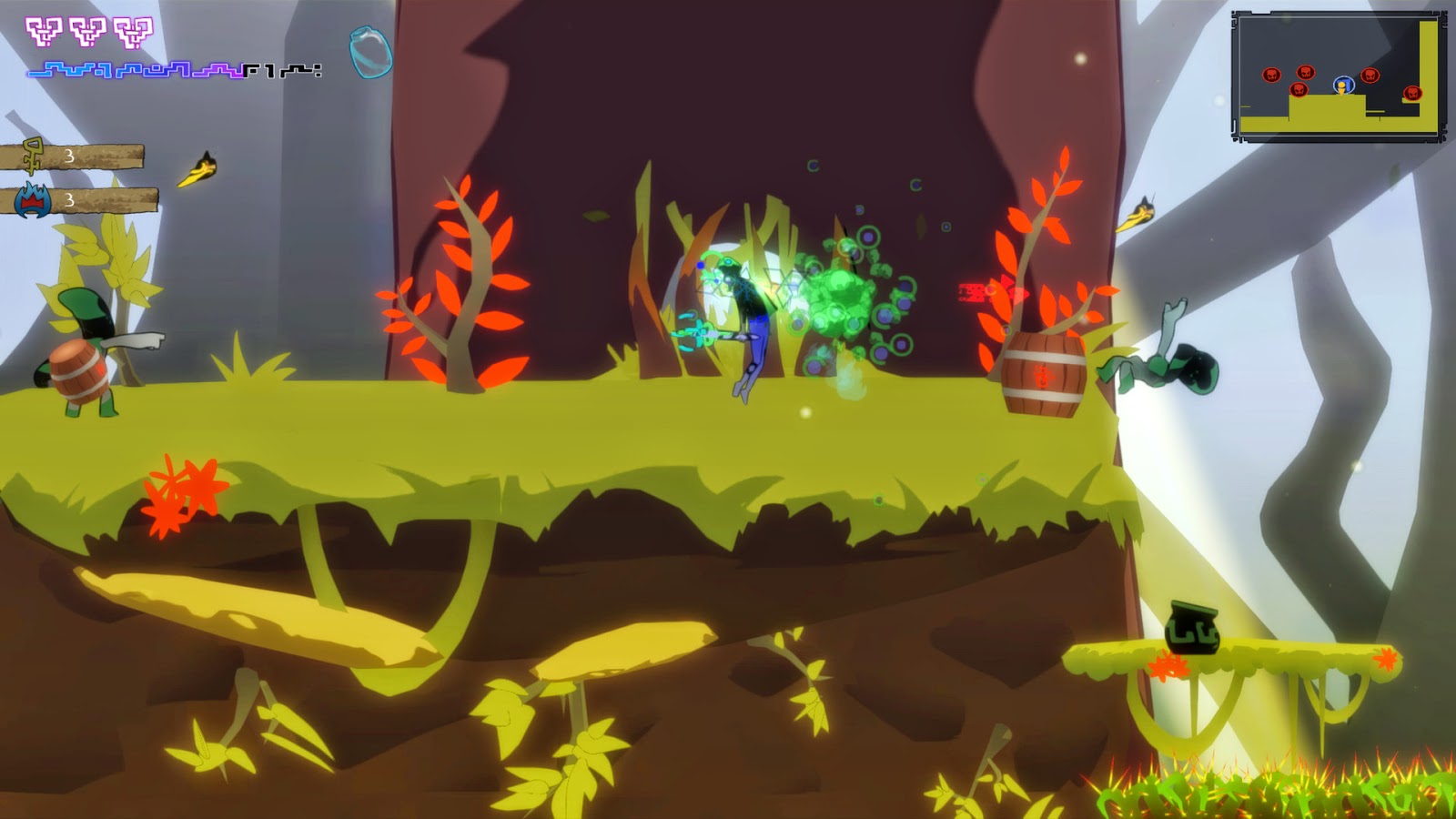 It has become one of the more fascinating genres out there, a wild west of gameplay mechanics to really explore new ideas while still sticking within some rather tight pre-defined requirements. Tower of Guns, Don’t Starve, Desktop Dungeons, FTL, Spelunky, The Binding of Isaac, Pixel Boy and the Ever Expanding Dungeon – all are extremely varied experiences, but fall into this new umbrella. Rogue Legacy and Risk of Rain, action platformers with a focus on skill unlocks and quick twitch gameplay, are two of my favorite games in the last year. Ascendant from Hapa Games looks to scratch that same action platforming itch, but does it hit the spot?

A static screenshot will trick you into thinking this is just a 2D game, but it is really a 3D game in forced 2D perspective. A vibrantly colorful artstyle is a refreshing and welcome take on a genre that is often dreary or subdued. The environment and characters retain their 3D design as you move around, giving a sense of depth subtlety that sprites and parallax scrolling couldn’t provide on their own. Characters and enemies have a tribal feel to them, but a lot of that gets lost when moving around a hectic room, and enemy types are fairly few. What is most unfortunate is that the environments themselves are bland. Rooms are often just a few screens in height and width, with floating platforms or angled ground to get from A to B. A rare special screen will introduce a more complex screen to solve a puzzle with a certain skill, but these are exceedingly rare. The uninspired and repetitive stage design serves as a bland backdrop for similarly repetitive gameplay, and later levels really only serve to reskin that design. Without dwelling on it too much, the music in this game is even more repetitive, even grating. A few bars of a piano loop meet you each time you start the game for the first few levels, and I had to mute the music completely after only a few lives. 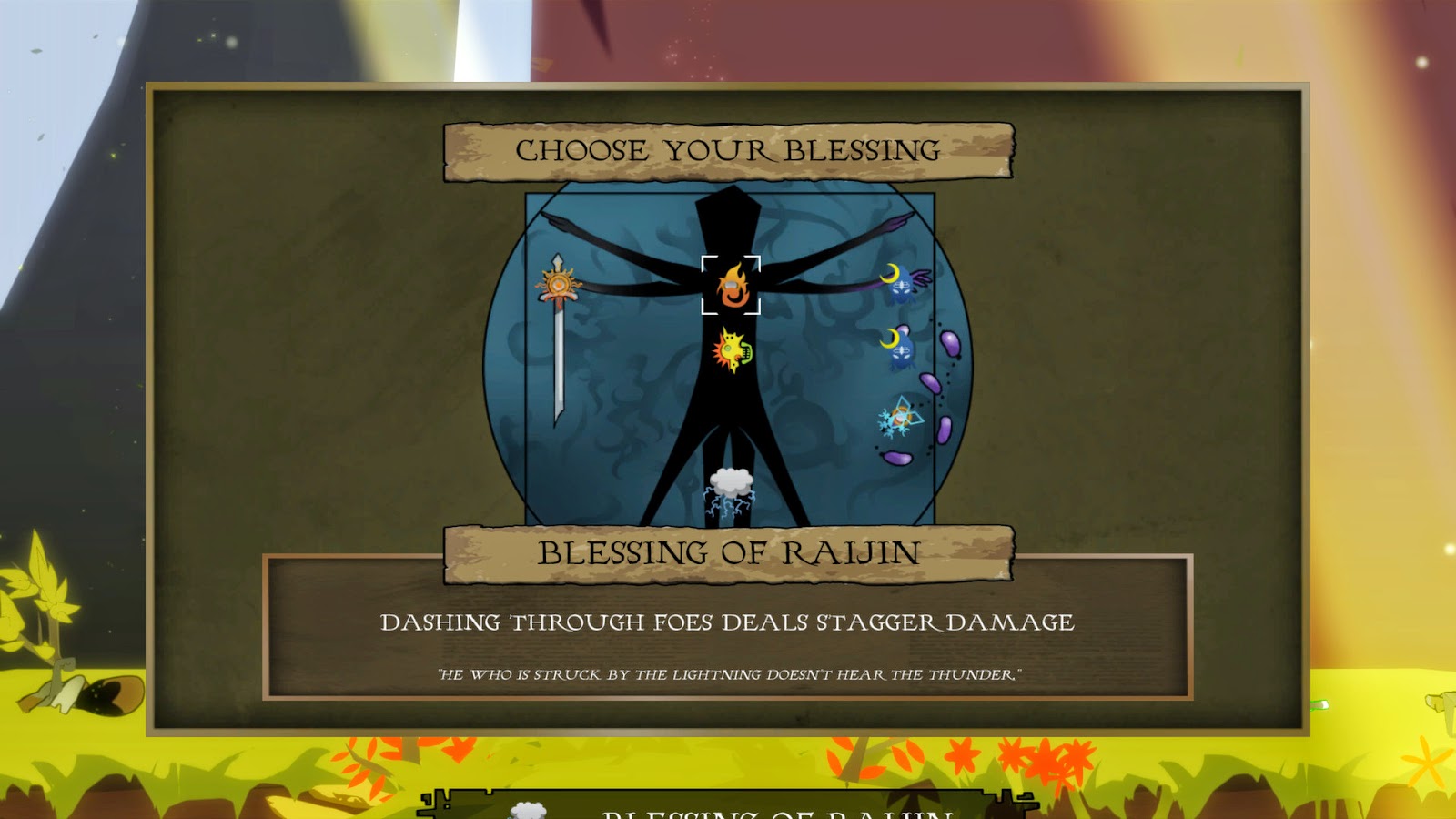 A hallmark of the genre is an unapologetic difficulty, with luck and skill playing equal roles in your survival. Unfortunately, Ascendant tips the scales significantly towards the side of luck. Your character has a light, heavy, and ranged attack, a short dash, and a parry maneuver from the outset. While your abilities can evolve or change due to new equipment and items that you find or buy through the world, these core skills are all you have at the start. They are effective, but floaty jumps and animation priority can very quickly bite you when you need precision. While the standard enemies and level layout does not need anything more than these skills, boss fights or overly hectic rooms can really be a bear to handle, or outright impossible. The luck aspect is therefore twofold – that you are lucky enough to find the right skills and weapons (a random roll drops it from a chest room, or that you have a key for a shop in a level), and that you don’t get one of the “cheap” bosses or overpopulated rooms. In many hours with the game, only one time did I come across a particular weapon that I really felt proficient with, a speedy dagger that dealt heavy damage and had a chance to stun enemies. But even that was not enough to handle a boss named The Sisters, two floating enemies that spawn poison clouds and fill the screen with smaller flying enemies, leaving nary a safe place in sight.

The ability to customize your character as you progress through a given life is another calling card to the genre, but it doesn’t seem like a fine tuned or reliably process here. As you slowly fight and claw your way to a new item, weapon, or character upgrade, information about it will be added to a database where you can check the information later. But it doesn’t have anything in the way of customizing an initial loadout or changing frequency at which certain items will appear. Frankly, the rate at which any usable items appear is frustratingly slow, leaving you with the default skillset for too long. Similar games can almost overwhelm you with creative mechanics and items that drop frequently, forcing you to choose from two compelling options. Ascendant is very sparse in doling out these upgrades, to the point that any little thing you find is a welcome change and no-brain direct upgrade. This really makes the first few stages a chore with each new attempt. The game does have a total of 7 different characters to choose from (though only 2 are unlocked from the beginning) but their differentiating factors are not enough to change up the core combat in a really meaningful way. 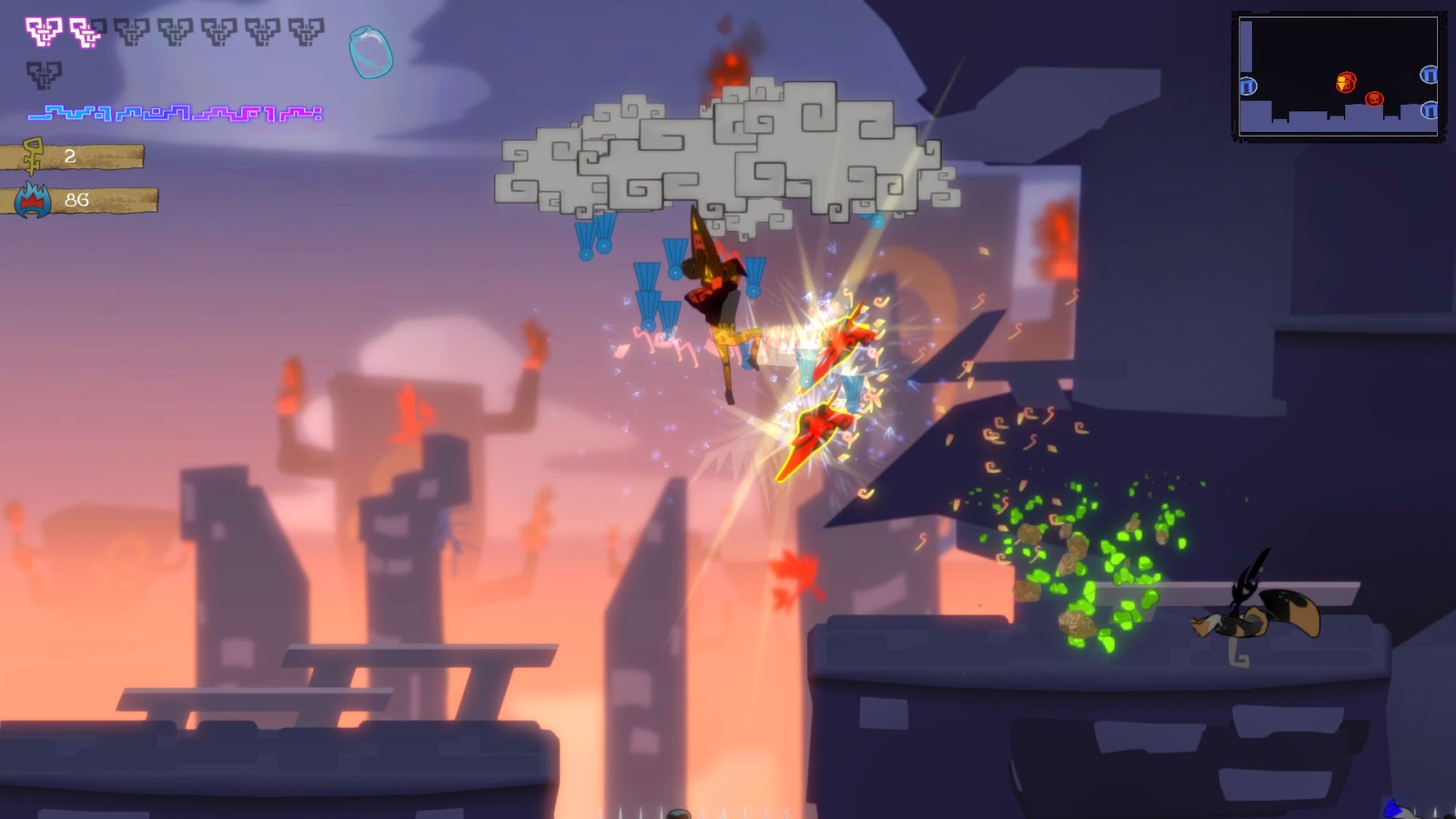 All told, Ascendant falls into this new Roguelike-like category by nature checking all the boxes, but is overshadowed by most of its contemporaries that really go above and beyond and polish every aspect. A vibrant art style is tarnished by repetitive design choices. The permadeath “start with nothing” aspect is in full effect, but the game is too slow to provide meaningful customization, and the overall catalog of available changes feels somewhat shallow. Boss balance can either be a complete pushover with even the base skillset, or a completely unfair exercise in frustration, even if you were lucky enough to come across the right upgrades. And the audio felt like a last-second panic move to fill the silence. It is a game that feels like it has more heart than a quick cash grab in a new genre, but would have benefited from more tweaking and time in development.