When my wife so kindly bought me my PlayStation Vita early in 2013, she went ahead and nabbed me one of the bundles. At the time there were three released – the Assassin’s Creed, Call of Duty: Black Ops Declassified and Instant Collection bundles. She opted for the Call of Duty one, which made perfect sense for me. 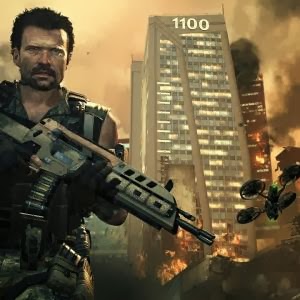 My son is an even bigger fan of shooters than I am, but I have logged plenty of time with the FPS genre myself. In fact, I was a big fan of Call of Duty: Black Ops when it came out. The idea behind this release for the PlayStation Vita was to have a portable, mission-based mode where you could participate in short bursts of action. In theory, this makes a great deal of sense, especially for gamers who are playing the Vita on the go.

The executions however, was quite lacking. At first I was pretty excited. Twin sticks felt good on the Vita and this seemed like it would be a far better option than the DS Call of Duty game my son had picked up a few years prior, if for no other reason than the control scheme. I will agree that the twin stick setup helps matters, but in the end Declassified feels watered down and rushed across the board. 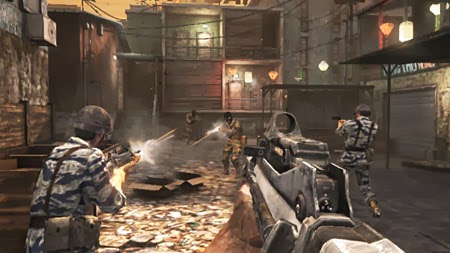 I thought the original Black Ops had an interesting main story to tell, supplemented by excellent voice acting and music. Here the sound quality is lackluster and the visuals are really just… average at best. The campaign is short – not a deal killer for fans of the series. Ringing in at a couple of hours to complete, you could argue it is just as long as the Call of Duty console counterparts. The mission format makes the basically nonexistent story feel disjointed and clumsy at best though, and the multiplayer – what Call of Duty lives and dies by – took a headshot here.

Matchmaking seems slow, the maps are absolutely tiny and connection often felt shaky with kicks that seemed to come at the most frustrating times. I just found it very hard to get excited about this game, despite my overall fondness of the Call of Duty franchise. My son, who has logged tons of time playing Call of Duty (among other FPS titles) also found his patience lacking for this version of the game. A serious misfire for the the series and not the killer title the Vita had been hoping for out of the gates.