comments Share
You are reading
Contrast – Xbox One Review

Imagine a world where there is an alternate universe. Not one that is sparsely connected to our own, or a branching path of fate and destiny. One we constantly see all around us, but pay no mind to. A world in the shadows – quite literally, in fact. Where those with the knowledge and power can transverse between the physical world we know and live in, and that of two dimensional shadows. Where the din we cast on the walls around us becomes the landscape for those in this other realm. How would you use this power, if you are a young girl in a broken family? Contrast, the first release from Compulsion Games in Montreal, looks to explore this world through a unique game mechanic that lets you move between these worlds at will. 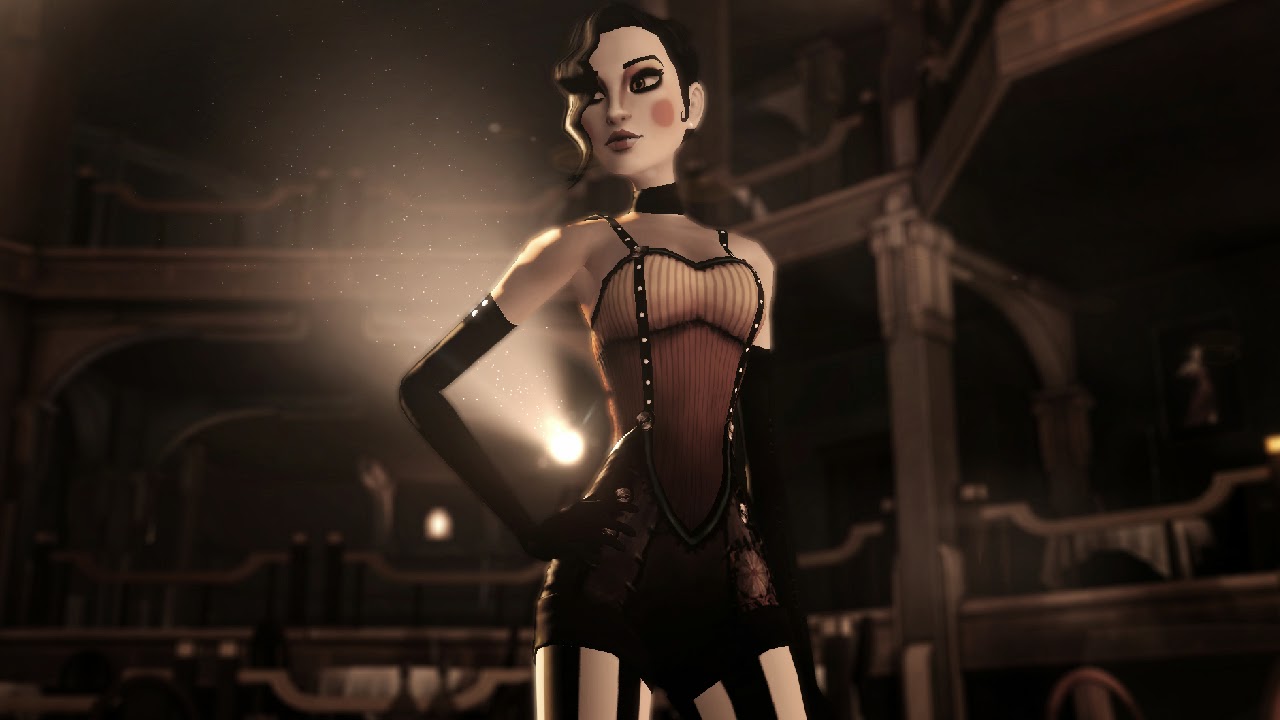 You assume the role of a character named Dawn, a slender, slinky woman done up in full Cabaret-style outfit and makeup. As the friend of a girl named Didi, roughly 8 or so, it seems as though you are just a figment of her imagination. Didi’s mother Kat enters the room, and you cannot see anything but her shadow, and she cannot see you standing in the middle of the bedroom. Later, you and Didi sneak out the window to go watch mom perform at the club, and you see nary a soul, despite a crowded room at a live show. All you see is shadow, and you find that you can meld into the walls as a shadow yourself. This changes the gameplay from a 3D platformer to a 2D one, and this shift between dimensions becomes the core mechanic of the game.

The world around you is a Parisian inspired, Moulin Rouge-y landscape, but with a surreal twist. Though a fairly small landscape is explored throughout the game, the story allows for a lot of creative set pieces. Running down the main street past brilliant neon signs, you come to the end of the road where things curve, twist, and float out into space. A circus, complete with ramshackle tent, derelict pirate-themed roller coaster, merry-go-round, and puppet show are well realized. A small museum with elaborate dioramas comes alive as you interact with it.

Lots of care went into the layout of the physical world, both for its aesthetic value and for the shadow mechanics. There are also some very well done scenes that appear on billboards or building walls, serving not only as story information, but interactive platforming pieces. I found myself watching some of these twice, once for the content, and again for gameplay progression. 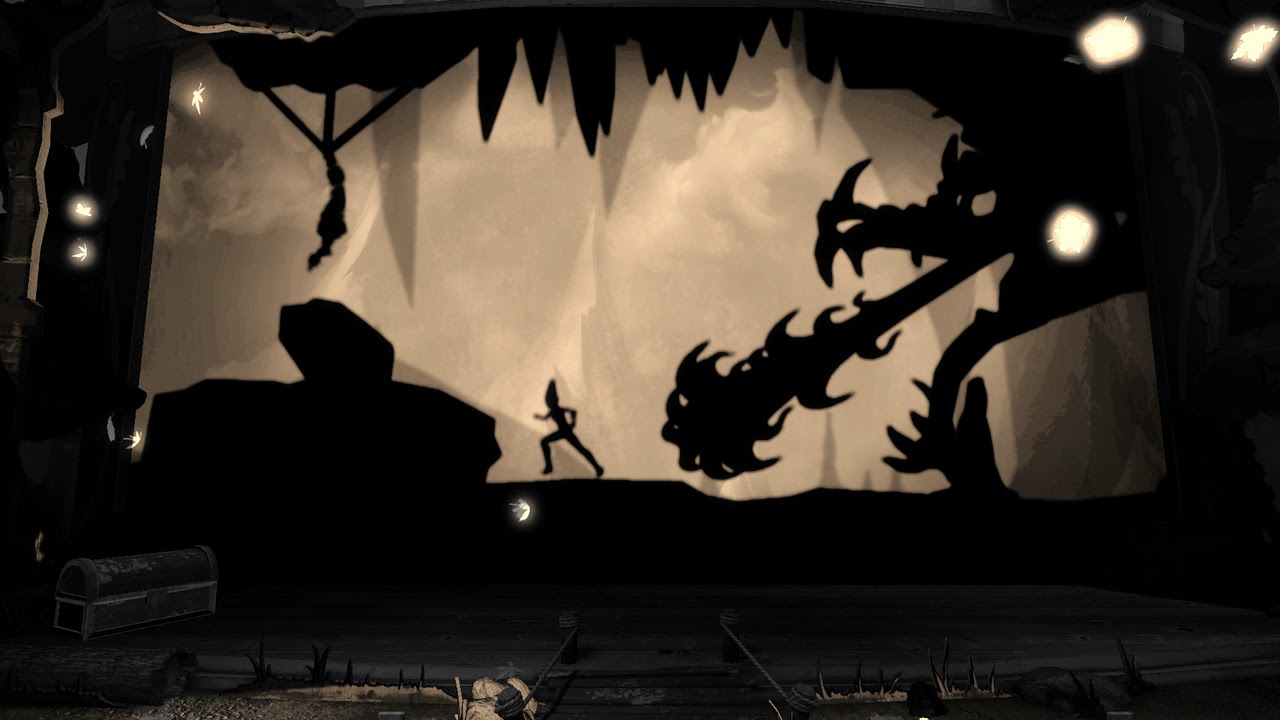 Motivation for both Dawn and Didi is through the form of fairly predictable, and yet still impactful, story beats. As the daughter of a heartbroken and protective Cabaret singer, Didi is often left home alone at night. Didi’s enthusiasm, and desire to get her con artist father back into the picture, lead to small missions – often times, getting her father figure Johnny out of trouble at the last second. Whether it is retrieving a film reel of a magician, or fixing up the circus, Didi – with the help of Dawn – just wants her family to be happy and together again.

There are a couple of climactic, dramatic scenes that seem to defuse in an unsatisfyingly quick fashion, but there are also scenes that are very touching. Johnny and Kat getting back together is played out in silhouette, as Didi arrives just in time as Kat makes dangerous gestures with a gun. What was a very tense and pivotal scene is defused at the drop of a hat, and results in a jarring, complete 180 in tone. Later on, a puppet show with Didi and Johnny, where Dawn must play a princess as Johnny tells a story, was one of my favorites. It also exemplifies the well done writing and acting of the characters, present throughout the game. This is also plainly evident when Didi boards the pirate ship roller coaster, charging through and shouting out pirate lingo as she goes, eager to explore and fix the ride.

Of most important note here is the world shifting mechanic, and how it all plays out. Unfortunately, this is also where the game struggles to reach full potential. Moving Dawn through the 3D world is strangely quick, jerky, and unrefined, reminding me of early 3D Playstation games like Gex: Enter the Gecko or Spyro. The fluid gracefulness you expect not only from modern games, but from Dawn’s own design, is simply not there. Moving to the shadow world requires you to be up against a wall in a bright spot, while moving from it can be triggered at any time, or you can be forced out of you find yourself in an area not large enough for your character. 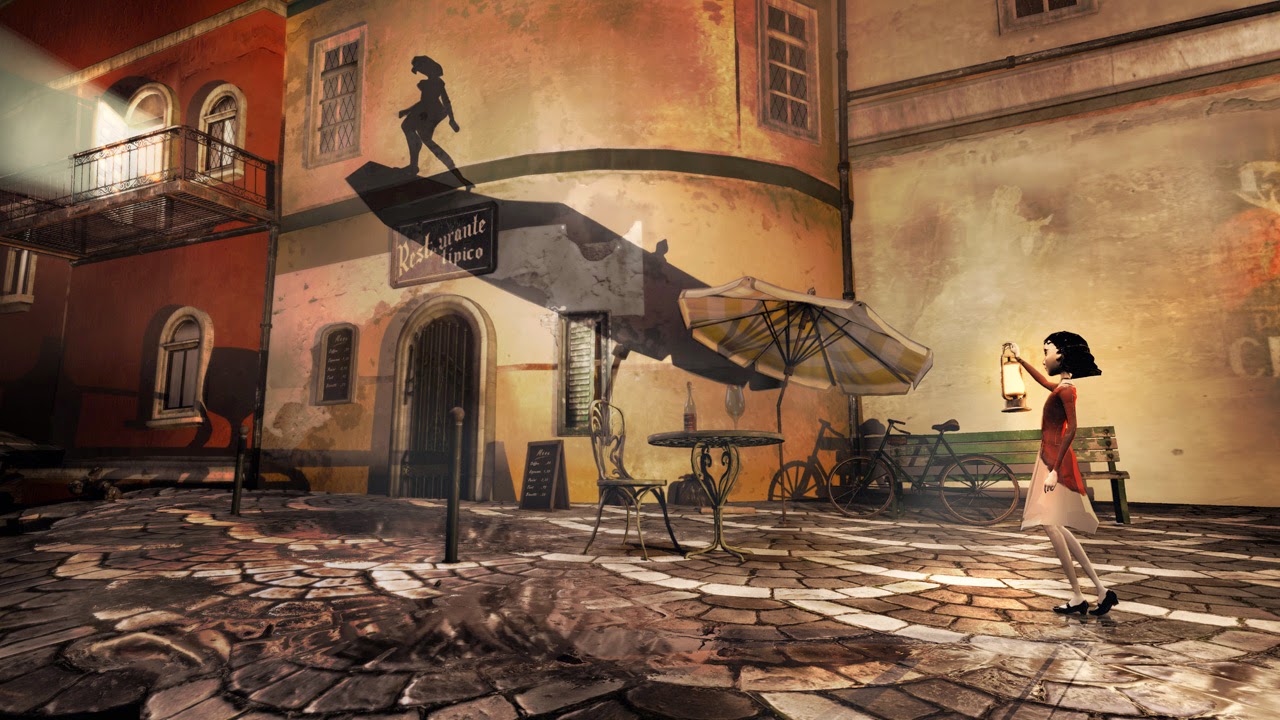 Frustratingly, some of the later puzzles require precise timing and control that the game doesn’t quite offer. I found myself being pushed out of the shadow world and having to retrace some steps due to poor controls, or worse, buggy level geometry. The game also provides you with a dash move, which lets you move through slim areas of shadow that are otherwise impassable. This, too, led me into a few tough spots, as the dash seems to move you further than necessary for some puzzles, or not far enough in others.

The way that Contrast allows for mechanics in both a 3D and 2D world is very interesting and innovative, and when it works well it’s astounding to behold. But it is buggy enough to cause moments of intense frustration. I can’t say for sure if the XBOX One version is any more polished than the initial release on other platforms last year, but there was still quite a bit of room for improvement. However, this game felt like more than the sum of its parts. The gorgeous world that Compulsion Games created is a refreshing setting.

The story is one that you don’t often see in games, and plays out satisfyingly well. Some great set pieces and shadowy vignettes show promise for new ways of conveying a story. And Didi’s enthusiasm and curiosity brought a smile to my face more than once. As a brief experience around the 3 hour mark, Contrast conveys a tight story that, all told, I enjoyed. If only the gameplay itself could have been further tweaked and molded, this would be a fantastic package.