Sometimes games just resonate with me right away, sometimes they take some time to sink in and I really appreciate them. Other times, games just fail to click altogether, even if I feel like maybe they should. Hotline Miami for the Vita falls into that third and final category as a game I expected to like based on the reviews it received, but when it came time for me to jump in and give it a try, I was completely unimpressed. 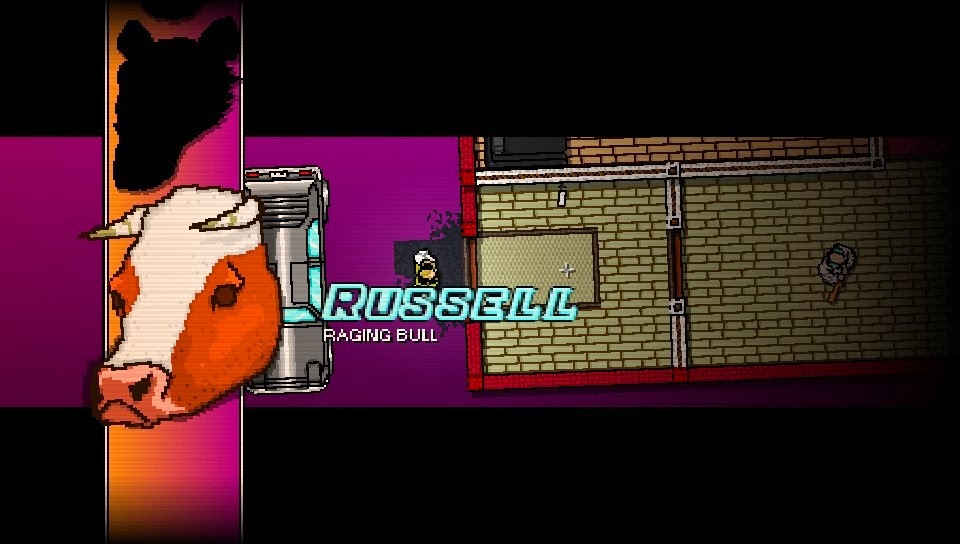 Setting the stage: you are dropped into an 80’s Miami with a focus on bright neon environments, loud music and brutal violence.

All it all, it sounds like another day in the park for fans of Grand Theft Auto, right? Perhaps that is some of where my disconnect comes from – the scenario. I have never been able to get into the GTA series, despite my appreciation for what it does well on a technical level. That is not to say I completely dislike this type of game either, as I thoroughly enjoyed Retro City Rampage: DX. 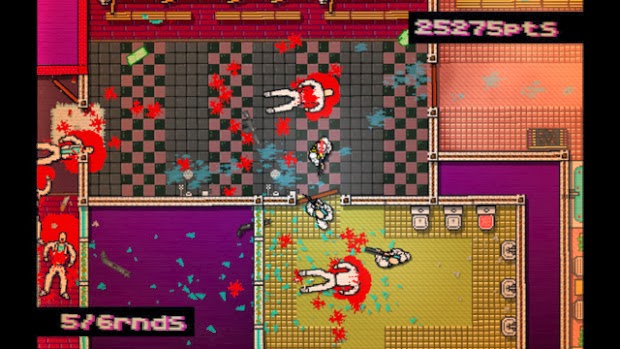 I thought maybe it was just me, but my son fell into the same category. He enjoyed Retro City Rampage upon playing it on PlayStation 3, but he completely failed to get into Hotline Miami. There are lots of weapons, plenty of things to do – yet I never found it compelling. It asks you the gamer to question violence, which is an interesting theme. However, despite the tight controls and the sometimes overly clever enemy AI, this bloody trek quickly felt repetitive and the biggest problem? I was able to put it down and move onto something else.

I cannot even come out and say that Hotline Miami is ‘bad’ – because I have little doubt there is an audience for this particular title. I just know that after about three hours of playing it on and off, I am not that audience.