Every RPG fan has that one special experience that brings them into the genre. So when my brother told me that he played what seemed to be a hardcore Final Fantasy I, not only did I raise my eyebrows, but I said sounds like fun and I set out to attempt it. Last Dream is the story of a man who gets separated from his children while on a beach, and he winds up in this mystical realm where he sets out to figure out what happened and if he can make it back. 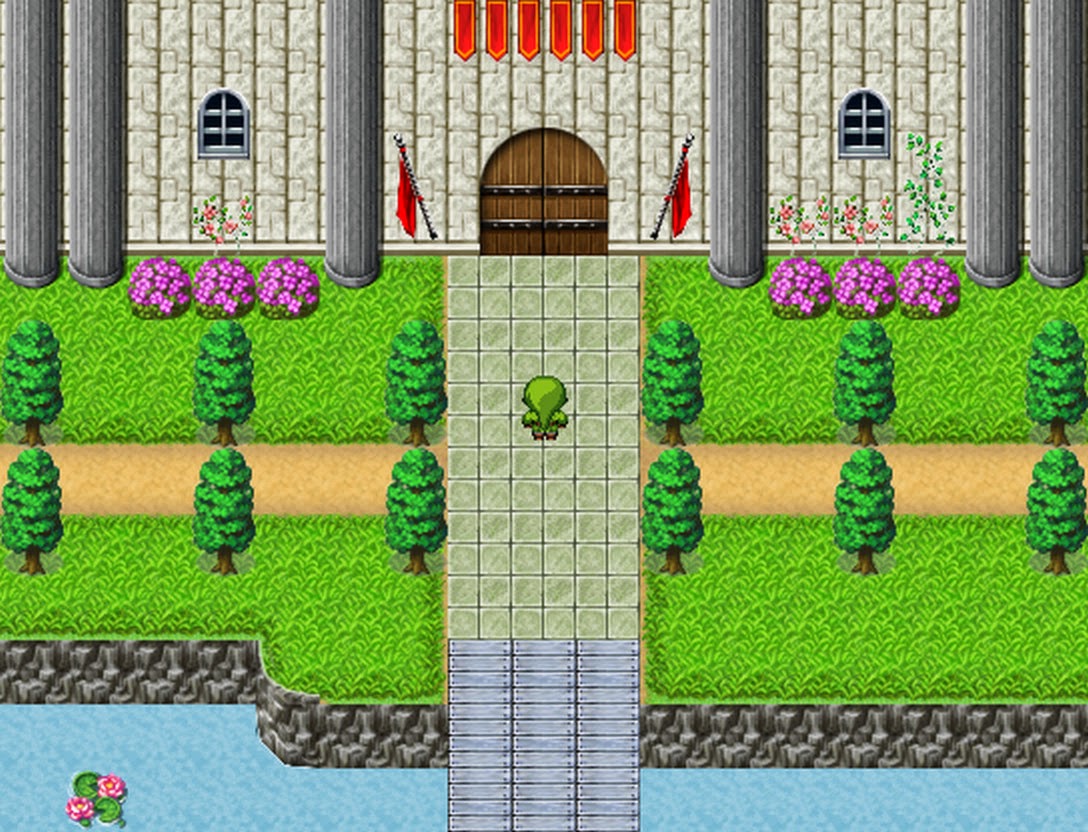 Using the RPG Maker system today carries a lot more weight than it did compared to just a few years ago. The stigma that exists from building a game using an engine of this type is slowly starting to fade with the Indie style games becoming more and more popular and modifications becoming more and more impressive. Games such as this one from White Giant, as well titles of Aldorlea and Rose Portal Games, are really good examples of this. Last Dream uses a heavily modified RPG Maker system and introduces several elements that change up the gameplay making this much more than just an old school styled RPG.

Last Dream plays like a classic old-school RPG where players wander towns, dungeons, and the overworld battling monsters and gaining experience to level themselves up as the story unfolds. Now where would the real fun been if that was all that was offered since it’s all be done before? Everyone loves a good story but sometimes a game needs more than that to keep a players attention until the end and vice versa.

The first game changer is that certain classes can bring different exploration elements to the game. The Engineers class may obtain skills to make tunnels allowing faster movement from one location to the next much easier whether it’s inside of a dungeon or out in the field. Rangers can tame a specific animal (that is not a chocobo) to ride across the plains without the heavy threat of encounters. Thieves may loot without raising the chance of being found out by the town guard and being thrown into jail. There are a total of eight classes that can change how your experience plays inside dungeons and outside in the fields. The above three are just some examples, but there are also several mage and fighter styled classes for combat. 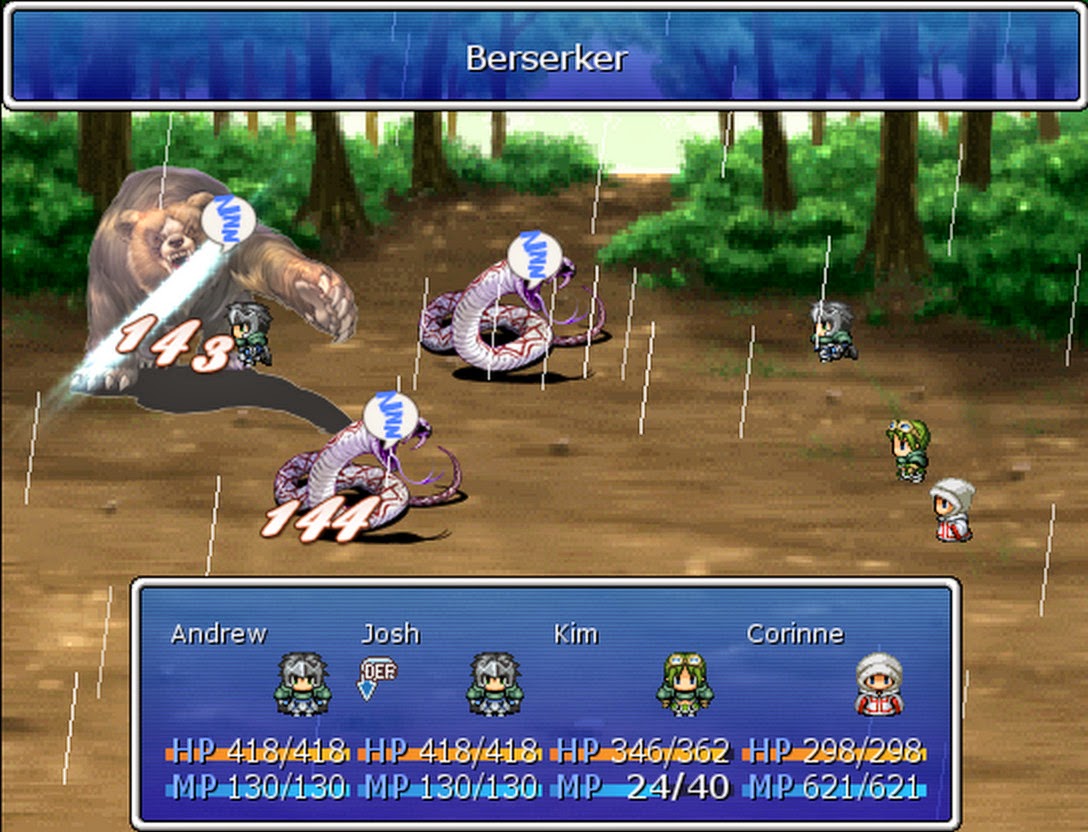 On top of different classes to choose, there are also multiple options that can be selected. Seemingly more common since the release of Square Enix’s Bravely Default, settings such as the difficulty, encounter rate, and where a player may save can all be changed at any time to suit a player’s preference or party status. Do you want to save anywhere? Only at save points? Or anywhere as long as it’s not inside of a dungeon? Last Dream can be modified to suit each individuals RPG needs with the various options.

Last Dream generally relies on the random encounter system for combat until hunting quests are discovered. Hunting quests can be taken after entering the appropriate guild. Only one of these may be accepted at a time and these battles are something else entirely. It’s these battles that will test the might of your party and wiping out is entirely possible. The general location of where these powerful foes is normally given at the start of the quest and these marks can be found roaming the overworld map as a wandering sprite. Little details like this really help to make Last Dream more intriguing. The combat windows themselves feel like a blend of the two classic formulas with the party sprites on the right and the enemies on the left as well as the party sprites on the bottom section of the screen with the command actions and status effects.

Battle Commands are mostly consist of general Attack, Magic, and Item selections. Where there is a slight difference to this formula is that Macros are not only a selection, but may be set up inside of the menu screens for a variety of different actions. Undefined actions will default to the attack command, but this gets very useful when you want everyone else to attack and the thief to steal. 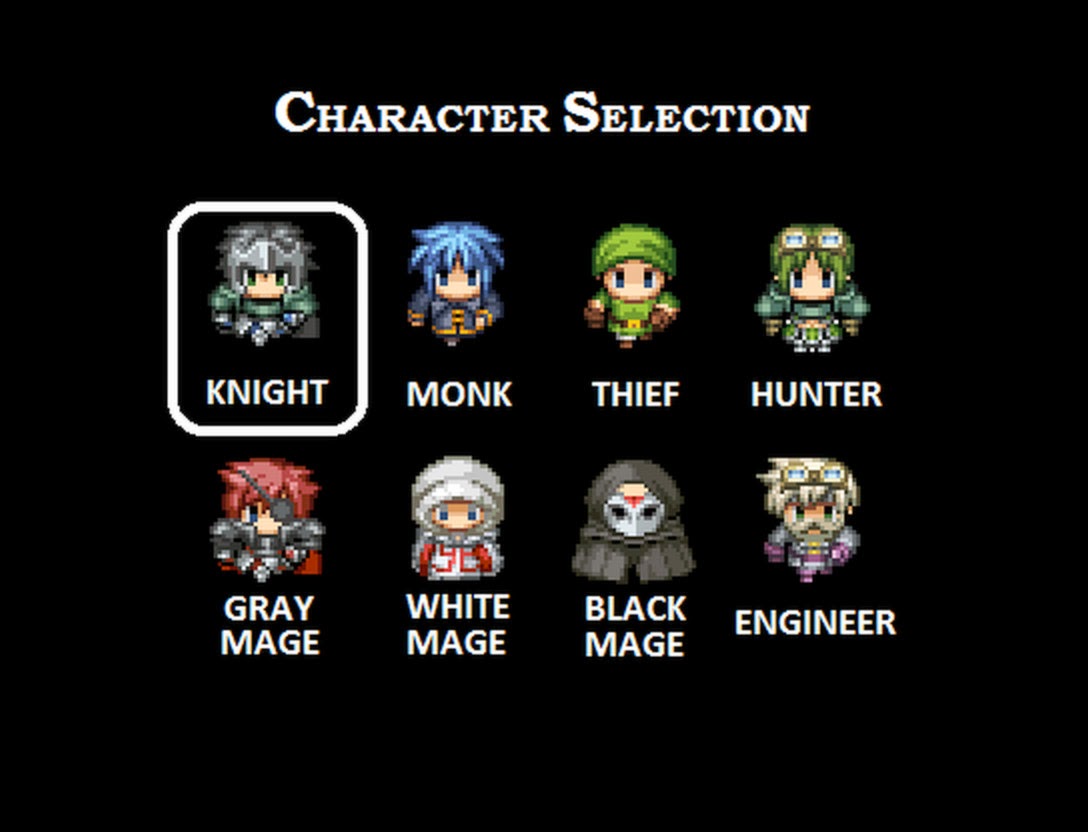 The last of the game changers is the unique take on leveling up the party’s skills and abilities. Each level grants points to earn skills from a list and points to boost each character’s stat points. Skills require more effort to unlock as they start off with an expensive cost, but not only do they have level requirements attached, they also require possessing the prior skills in the list to be obtained. The stat points are more plentiful, but the cost per stat point differ upon the characters class. The class specific abilities cost much less to obtain while the inverse is also true. This being said, sometimes it’s worth it to spend the extra points into Hit Points. Both of these not only help make progression easier, but make taking on hunting quests a little more manageable.

Last Dream is an interesting blend of an old school RPG with new elements that can change how the experience comes across. It is worth trying out all the different classes to see what kind of choices for exploration are open as well as what suits your needs the best for combat. The versatility for Last Dream was a joy to play and it makes me excited not only for it’s current in development expansion, but also it’s sequel.