Medal of Honor: Warfighter puts you in the role as a member of Task Force Mako; a team primarily made up of U.S. Navy Seals and, you guessed it, you’re on a mission to stop some bad people from doing bad things to assets of the U.S.A. (pretty typical fare, for a modern-day military FPS game). 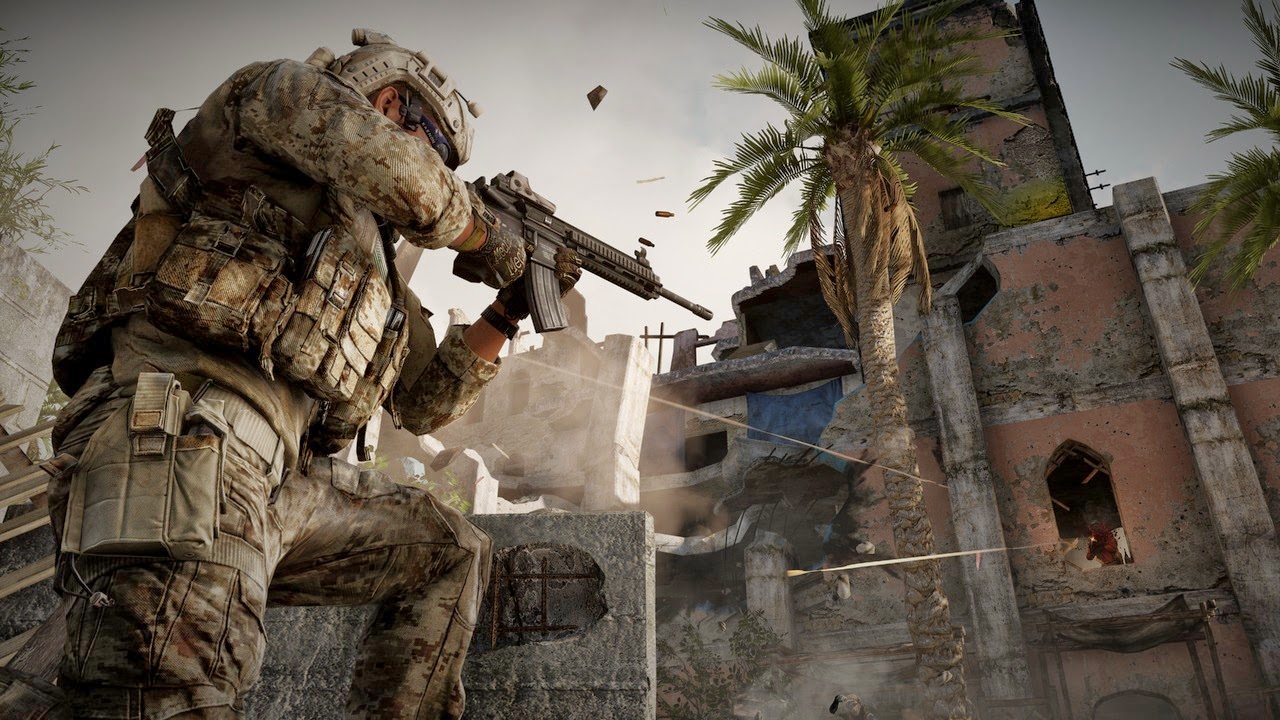 What’s different in Warfighter than other FPS games, though, is the character development between missions; you’ll learn about the one member (who you spend most of your time playing), “Preacher” and his family in a very touching manner. 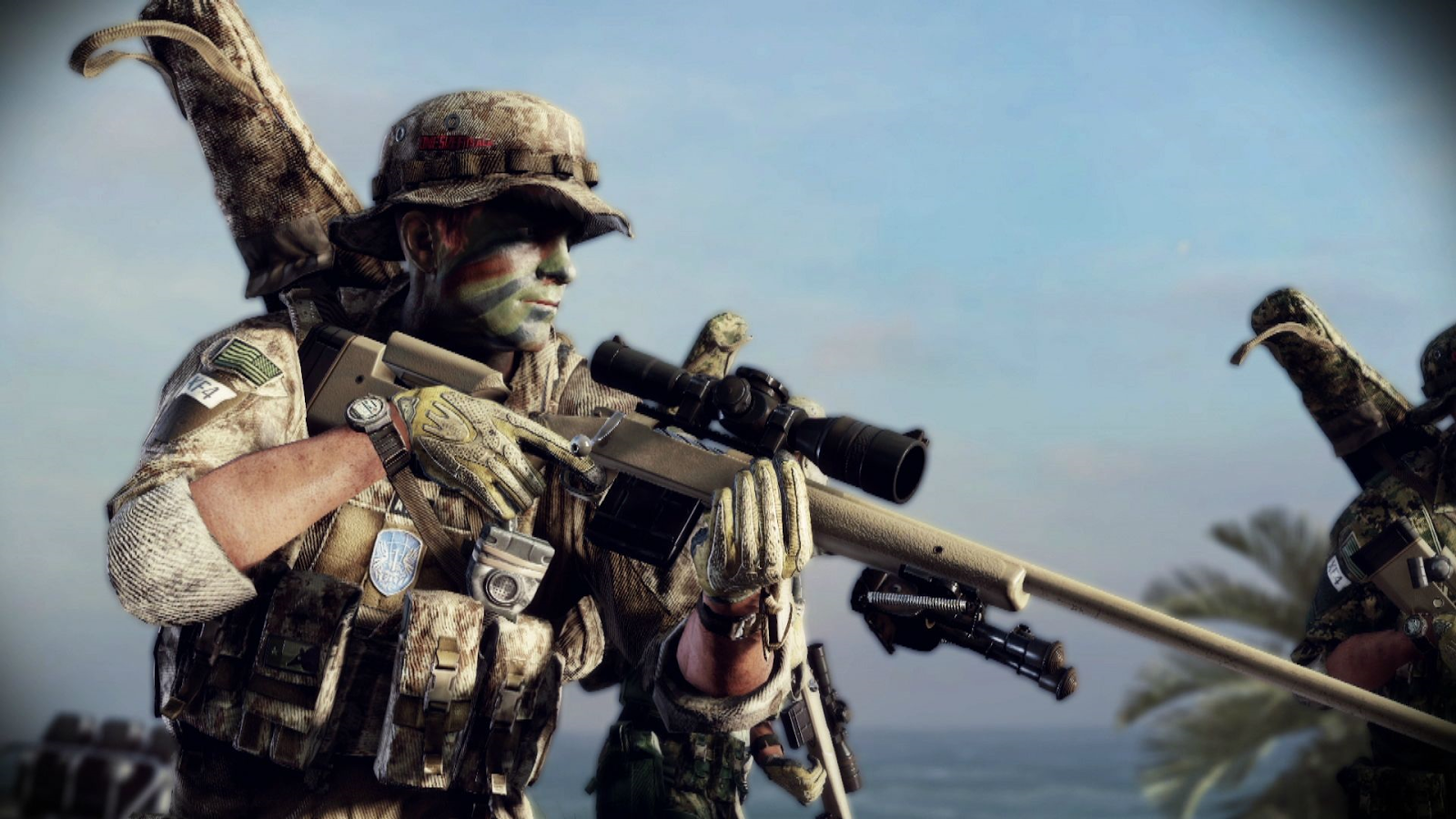 Warfighter’s graphics are impressive; realistic character models and animations, excellent explosions and particle effects, and decent textures throughout the game stayed pretty consistent. On the other hand, there is a ton of fog, and I mean a ton. The draw distance isn’t anything to write home about, but the game still looks good overall. Some of the weapons, while bland in coloring (I personally can’t stand the look of ‘desert camo’ weapons …) enjoy some of the best looking models this side of the game Homefront (which, in my opinion, has the best looking weapon models out of any game I’ve seen) and look realistic and behave as you would expect them to. 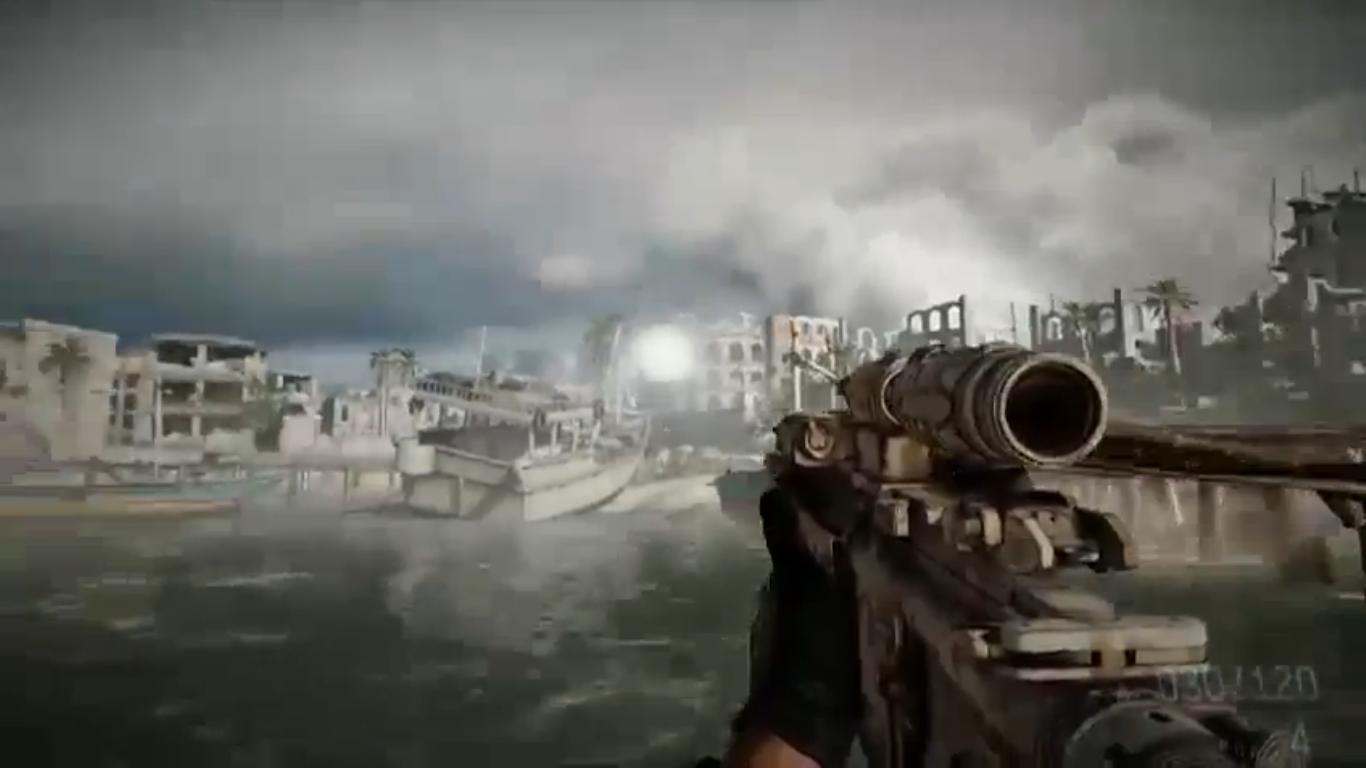 Some of the best background music I’ve found outside of Battlefield: Vietnam and Battlefield: Bad Company 2 (I am a sucker for 60’s & 80’s music, though …), it fit quite well with the overall gist of the game. The ambient sound is difficult to really hear at times, on account of the fairly nonstop explosions, gunfire, and screaming that goes on throughout the game. Overall, a decent experience, but nothing different than you’re triple-A shooter. One of the more interesting aspects of the audio is that your squadmates (and the enemy troopers) actually communicate, in a fashion one could only define as “militaristically” in a very real manner. They chatter about being back at home, or call attention to targets when they are pinned down; it was all a very real experience. 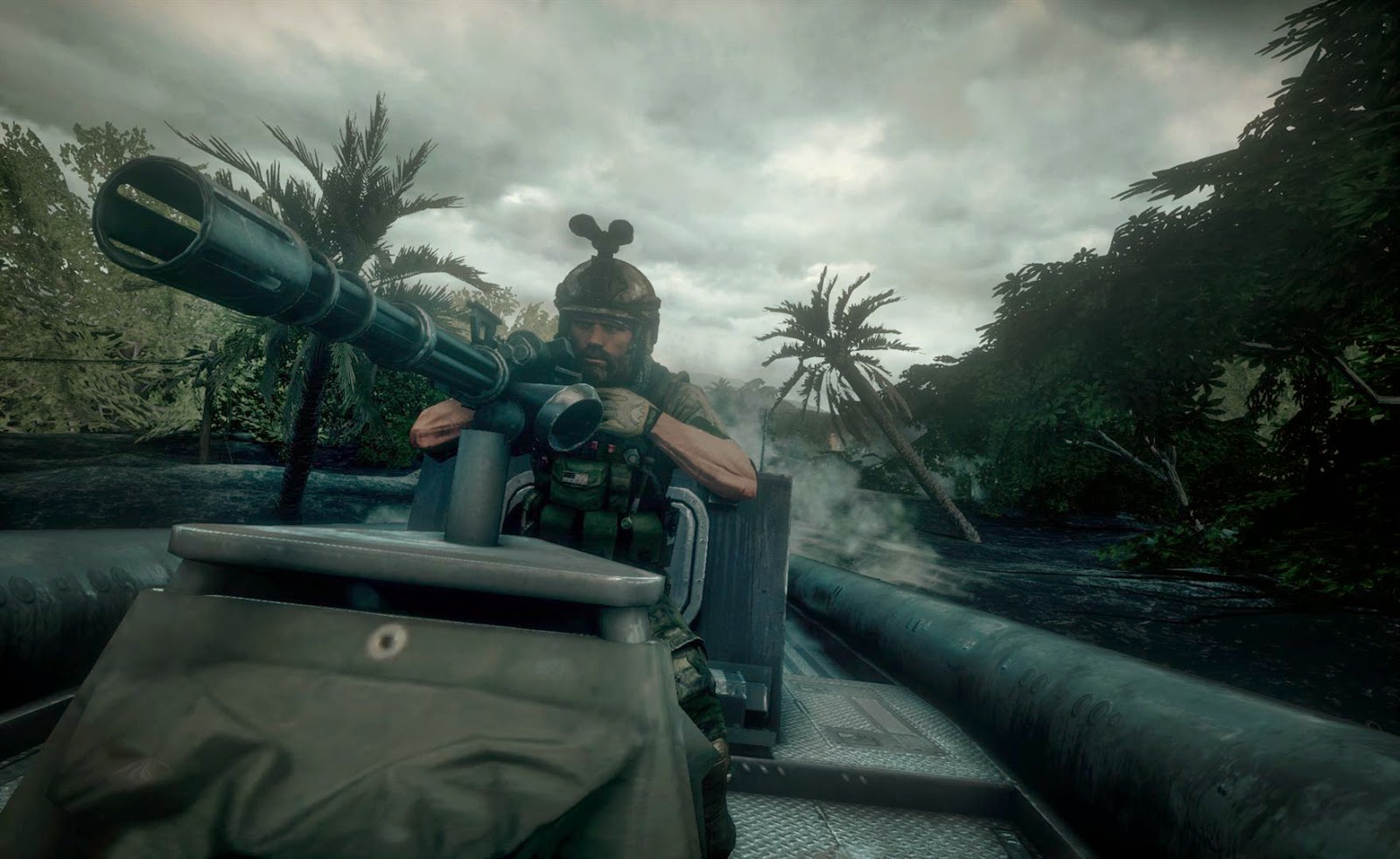 The controls in MoH: Warfighter seemed to be a bit lacking; numerous times throughout the game I just felt like something was missing. There were neat little features that I found were handled well, specifically the ability to alter your sites by pressing R3 to switch between two different sights attached to your rifle. The lack of scavenge-able ammo is bizarre as well (to reload you take ammo from your squad mates). Plus, the auto-assist is atrocious (for those of you that use it) and more often than not gets in the way.

This is where the game really shines; the gameplay is great. It’s fluid, fast, and works quite well. It has a certain polish to it that I haven’t seen in some of the more arcade-y first person shooters out there. What really sets Medal of Honor apart though, is the story. It has one that brings on the feels at times, and is touching, as far as first person shooters go. While the story and the feel of the game are quite polished, directly in the middle of the game you’ll find an off-the-wall sniping mission that doesn’t do anything for the story except needlessly break it up and hurt the overall experience. All of the modern FPS tropes are here, though, and in full force (sniper mission, driving mission, boat mission, etc.) which I think hurt the game’s overall aesthetic. 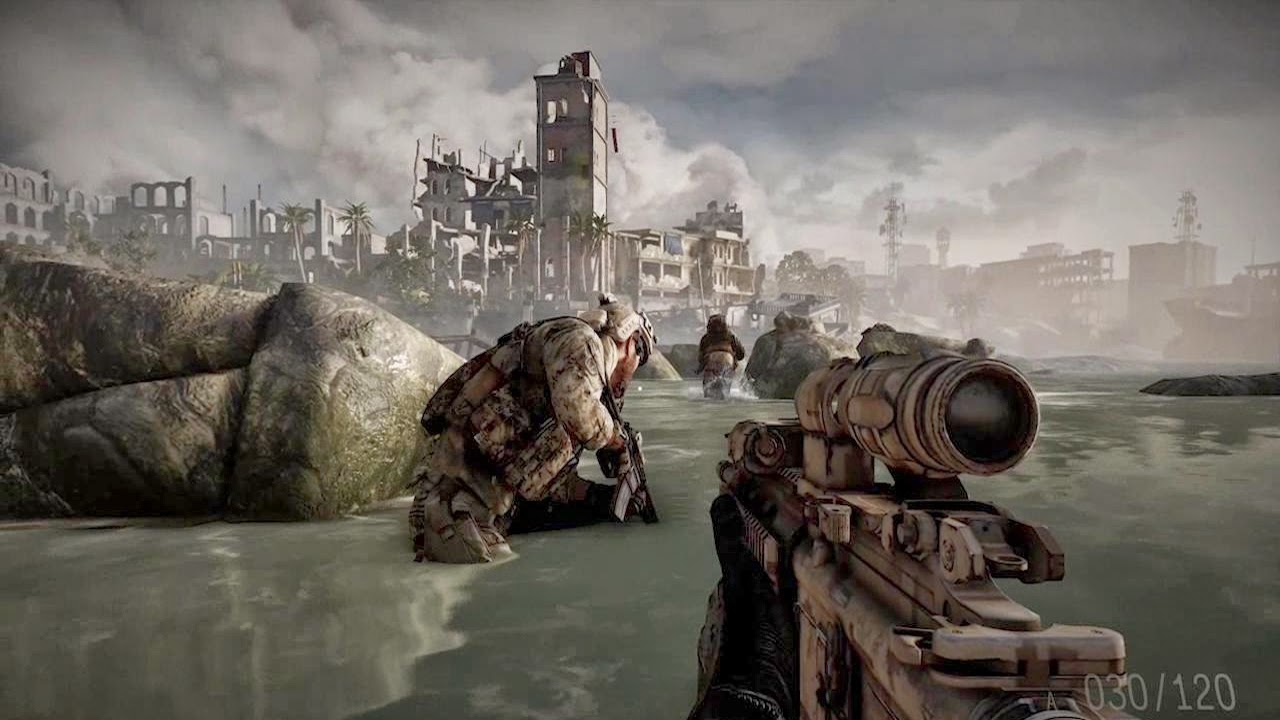 Given that multiplayer is existent (even though there are servers out there, it’s difficult to get into a game at all), the campaign mode doesn’t bring a lot to the table in terms of replayability and customization. MoH: Warfighter, though, does bring an excellent story, great physics, and an interesting way to go through and resupply yourself. I did find, though, that when given the chance, I almost exclusively use pistols, as it was a 2-hit kill no matter where you hit them; a bit unbalanced if you ask me. 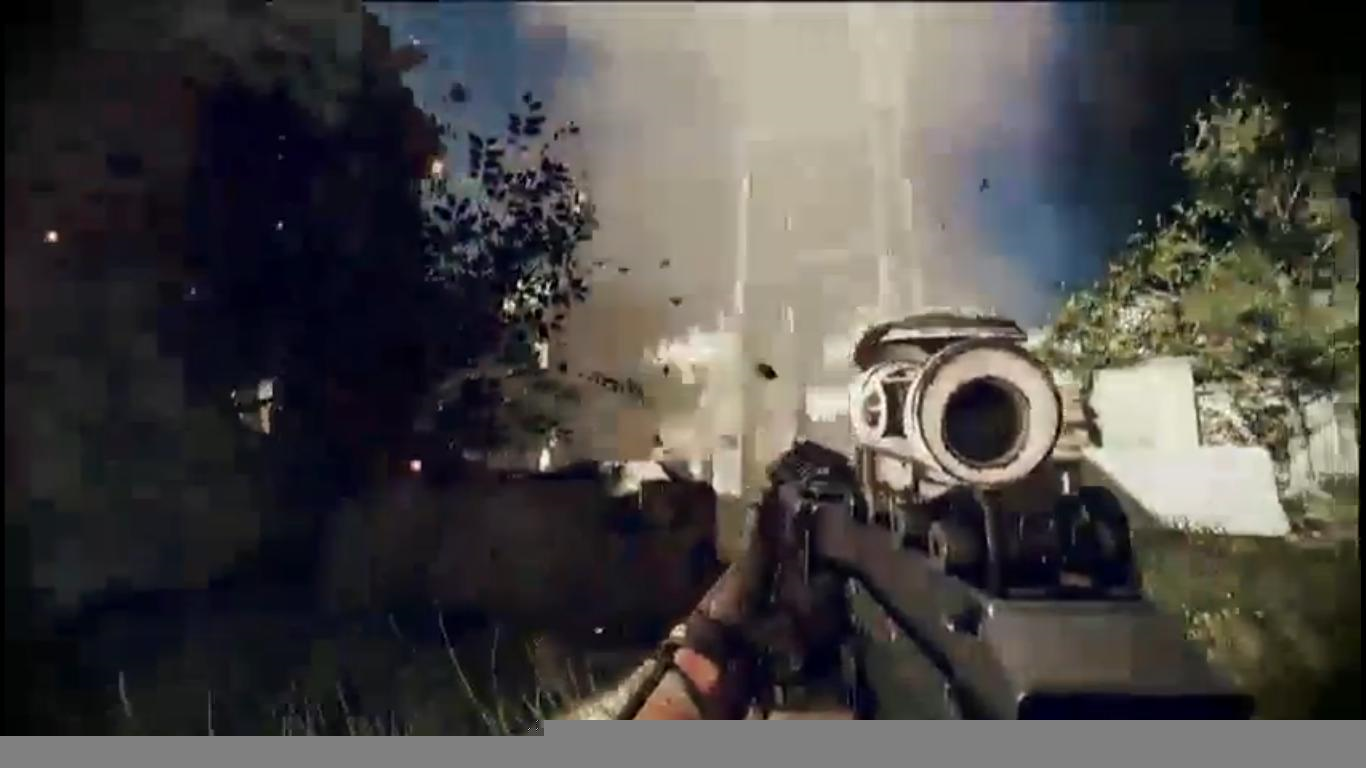 A fairly commonplace first person shooter, though, the superb story does go through and gives the perfect reason to play this little bargain-bin game. Decent graphics, passable audio, and an interesting story make this game well worth the relatively low price tag (between $5 and $10 USD at most retailers, when you can find it). While other reviewers scored Medal of Honor: Warfighter far below average, I feel that the game is due more respect, as it tries to weave a believable story with real characters into a genre that is known for it’s lack of personality. It may also be that, going into the game, I had zero expectations of it being the greatest FPS I could buy.